Playing baseball was a given in the Omiya family. With three sons, Tatsuo Omiya already had a third of a team. And he loved the sport. Omiya played at McKinley High and competed in 442nd RCT tournaments across Europe. Even when he met his future wife, Muriel, at a mutual friend’s wedding, it seemed like a perfect match. Muriel, a self-proclaimed tomboy who went by the nickname Toby, was a softball player. The couple went on a “moonlight picnic” double date, and it was game on from there. 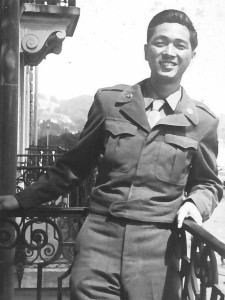 Years later, as their three sons got older, Omiya naturally coached their baseball teams. Middle son Earl admits it was sometimes tough being the coach’s son, but praises his dad for always being a cool, calm, collected leader.

“He was always smiling and never had bad things to say about anybody,” Earl says. “He always looked on the positive side.”

When the grandchildren began playing sports, Omiya never missed a chance to cheer them on at their tournaments. And after he retired from the U.S. Postal Service, where he worked as a mailman in Wai‘alae and Kāhala for 30 years, he helped his son coach Little League Baseball.

At 96, Omiya hasn’t played baseball in a while but has apparently taken up a new hobby: music. “I was surprised when we went to a family gathering, he got up and sang,” Earl says. Omiya looks forward to the ‘ukulele (his favorite instrument) and music performances at Maunalani Nursing Center every Monday and Wednesday, which he attends with Muriel by his side.

Click on an image below to view more photos of Omiya 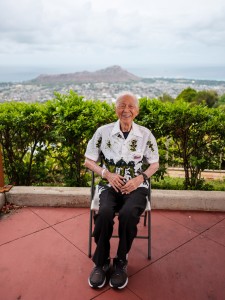 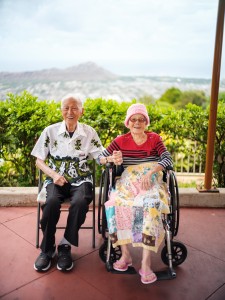 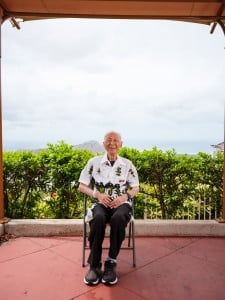 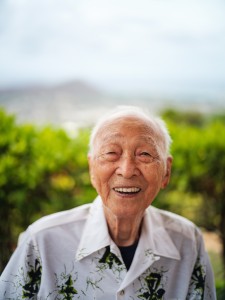