At 98, Clinton Shiraishi still goes to his office every day. But he didn’t always want to be a lawyer.

After the war, he enrolled in Gregg College in Chicago to learn the skills of a court reporter. Once he increased his typing speed to 140 words a minute, his professor suggested watching an ongoing trial to see court reporters in action. 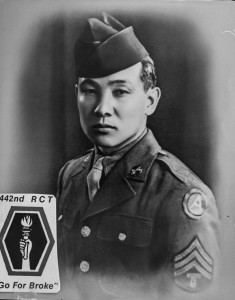 “I saw how hard the court reporter was working, while the trial attorney was standing up talking before the judge and jury,” he says. “I decided then to become an attorney.”

After graduating from Chicago’s John Marshall Law School on the GI Bill and passing the bar, he returned home and was appointed a district court magistrate in 1954 by the state Supreme Court’s chief justice. Four years later, he served one term in the state House of Representatives and then the state Senate. Shiraishi was later elected to the then-Kaua‘i County Board of Supervisors, now the County Council, for one term. He left public office to open his own firm, Kaua‘i Realty.

He often worked long hours, six days a week, in his fledgling business. But he always made time for family. He’s been married to wife, Fumiko, for 69 years. They met through Fumiko’s brother, Ford Okada, who served with Shiraishi in the 442nd RCT. They fell in love, and he proposed shortly after. They have two sons, one daughter, six grandchildren and five great-grandkids.

“We fell in love with each other, and when I began attending law school, she told me she had finished her education and was going back to Kaua‘i,” he recalls. “I felt if she left me to return home, I might never see her again, so I asked her to please marry me, and she said yes.”

Daughter Joy remembers her dad never missing her high school tennis competitions, despite his busy schedule. On weekends, he’d often take his kids on a boat or helicopter to the Nāpali Coast to go camping and fishing, some of his favorite pastimes.

🔉: We ask, “What was it like going to college in Chicago?”