George Ariyoshi’s name is already in Hawai‘i and U.S. history books. Following his service as an MIS interpreter in Japan, he returned home and helped shape the political landscape in the Islands. He is our longest-serving governor (completing three four-year terms) and the first governor in the country of Japanese ancestry.

But Ariyoshi was initially a reluctant politician. His childhood dream, solidified in the eighth grade, was to be a lawyer. As a kid, he was also interested in journalism but chose law when his elementary school teacher sent him to interview a lawyer for a class assignment. 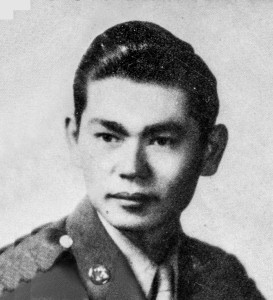 As he was building his law practice, he met then-Democratic leader John Burns, who encouraged him to run for office. It took some convincing when Burns approached him just 32 days before the primary. He recalls telling Burns at first, “No, I’m a lawyer; that’s my dream!” But Ariyoshi went on to serve in the Territorial House of Representatives and the Senate and as Burns’ lieutenant governor before being elected governor himself in 1974.

He still remembers the “nasty” racist letters people sent him saying, “This is not Japan. You’re in America.” At a governors’ conference on the Mainland, a handful of other leaders accused him of being “very pro-Japan.”

“I knew there were people like that out there,” he says. “But I pushed forward because I wanted them to eat their words.”​

Nearly 50 years later, Ariyoshi is still working. When he’s not at his Downtown office writing his second book or attending political functions, he’s spending time with wife, Jean. They met when he asked her for a dance when his favorite jitterbug song, “In the Mood,” started playing at a friend’s party. The couple celebrated their 65th anniversary and are thinking of taking a family trip like old times. But with so many more family members than before—three kids, four grandchildren and two great-grandchildren, whom he loves spoiling at Chuck E. Cheese—Ariyoshi jokingly warns Jean, “Remember, they’re bigger now.”

Click on an image below to view more photos of Ariyoshi 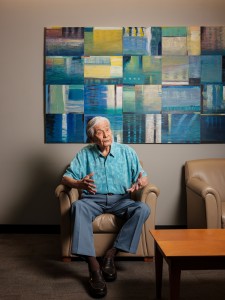 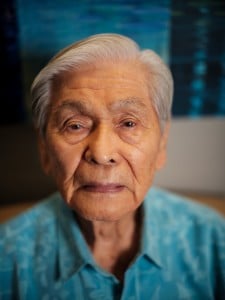 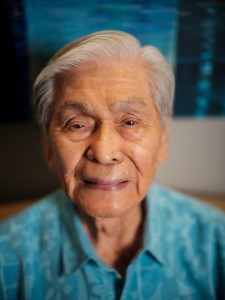