For Herbert Yanamura, it’s the destination that matters. And he’s seen plenty of those. By 83, he’d traveled to all but two states with his wife, Chiyo. When she died in 2006, Yanamura remained determined to reach all 50. A trip with daughter Amy and her husband in 2007 sealed the deal—No. 49 Kentucky and No. 50 New Mexico were checked off the list.

“It didn’t matter what was there, but the idea was to visit every state,” he says. “That was the goal.” 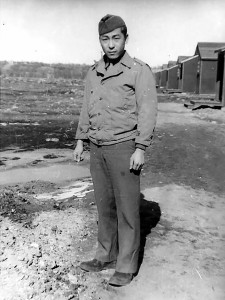 It was quite an achievement for the Big Island boy who had never left Hawai‘i until he enlisted. When he graduated from UH with an agriculture degree, Yanamura planned to return to Kona to help his dad run the family’s coffee farm. Instead, he got a job in the state Health Department’s vector control division and then as a Navy soil conservationist. Twelve years later, he began working as a land specialist for the state’s Land and Natural Resources Department. His family eventually sold the farm. That meant one thing: more time to travel.

The family’s visits to Kentucky and New Mexico were just some of the hundreds of Yanamura’s trips. In 2011, he and his family, along with his fellow nisei soldiers, flew to Washington, D.C. to receive the Congressional Gold Medal at a ceremony in the Capitol. It was a moment he and his family will never forget. And in 2013, he went to Okinawa to reunite with a woman he saved during the war. But there is one vacation the family still talks about decades later.

Daughter Amy vividly recalls the “frightening” moments during a drive through Yellowstone National Park, when her dad stopped the car to get out and feed bear cubs. Suddenly, the mother bear lunged out of the forest, sprinting toward them. While Yanamura ran for safety, Amy says her mom quickly rolled up the car’s manual windows, closing them just seconds before the bear could shove its paw inside. Luckily, they escaped with no injuries, just a bent antenna and a broken windshield wiper.

🔉: WE ASK, “Where is the most interesting place you ever visited?”

Click on an image below to view more photos of Yanamura 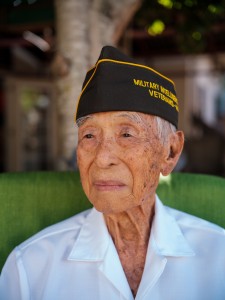 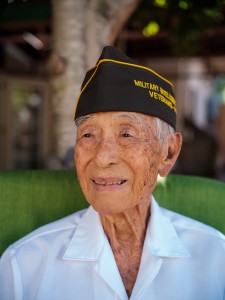 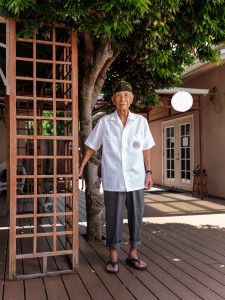 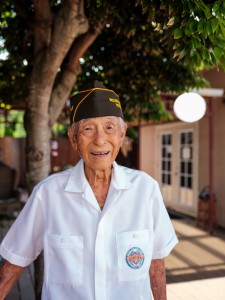