Kenji Ego loves the outdoors: Nearly every significant milestone in his life can be traced back to nature.

He vividly remembers his first assignment as a U.S. Fish and Wildlife Service biologist, spending two months at a time out at sea on a ship with thousands of men. His task was to gather data on the weather during voyages to Micronesia, Guam, Saipan and Palau. 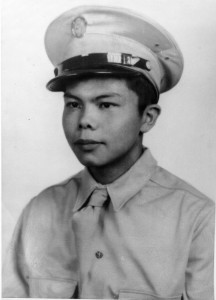 Two years later, he joined the state Agriculture Department, where he studied the goby fish while living in a military cottage-turned-laboratory near his alma mater, Kaua‘i High.

“This is where I enjoyed the life of a scientist,” he recalls. “I was on my own and worked 16 hours a day. But it was a pleasure to do that because it was something that I enjoyed.”

While working, Ego injured his back so seriously he needed surgery. He decided then that it was time to move back to O‘ahu to start a family with his wife, a biochemist he had met at UH. He eventually joined the state Land and Natural Resources Department, becoming the first Aquatic Resources Division head.

Still, Ego took his two sons horseback riding almost every weekend in Kahuku, Maunawili and Kāne‘ohe. It was a favorite childhood pastime that he enjoyed sharing with his family. He bought his youngest son, Jonathan, a buckskin horse, which he named Bucky, and eventually raised six other horses.

When the boys went to college, Ego retired and spent his summers driving around the West Coast in a small motor home with a friend. It was equipped with a shower, TV, toilet, stereo and cable.

Since then, he’s slowed down a bit; today he enjoys sitting outside in the front yard of his Waipahu care home, soaking up the sun.

“As my youngest son says jokingly, ‘He’s an old fart,’” Ego says while laughing. “I try not to get sick or hurt, but that’s seriously an occupation.”

We ask, “What are some memories of going horseback riding with your family?”

Click on an image below to view more photos of Ego 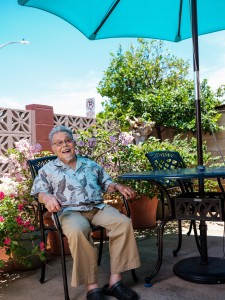 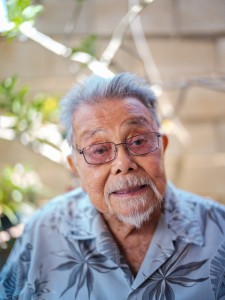 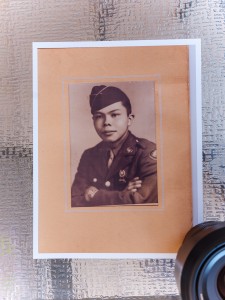