Asa Higuchi’s life story can be told in 21 pages. That’s the length of a memoir he began after his wife, Edna, died in 2008. A friend had suggested he try writing, and for 10 months, that’s what he did.

“[My friend who suggested it] thought I still had somewhat intellectual capacity. I guess it was kind of flattering,” he jokes. “I couldn’t remember everything, but most of it, I jotted it down before I forgot.” 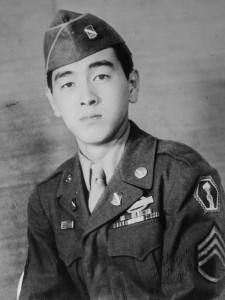 Those 21 unpublished pages sit in his room at his ‘Āina Haina retirement home. They delve into his childhood, years during the war and postwar life, including his first date with Edna. They rode the city bus together instead of driving to see a movie at Kaimukī Theater, which, she told him later, meant it was true love. They dated for a year and married in 1951.

He earned graduate degrees from UH in sociology and social work and worked several jobs before becoming an assistant to a dean at UH’s graduate school of public health. He eventually became associate dean of administrative affairs.

When he retired in 1986, his focus shifted from work to his only granddaughter, Marie. At first, his grandpa duties were feeding, changing and rocking her to sleep. Then he became her driver to a long list of activities, including hula, art, theater, soccer, volleyball and swimming. In between, he taught Marie to play hanafuda, dominos, poker, chess and checkers. She managed to beat him in chess on more than one occasion.

Higuchi has since finished a second memoir, which is mostly about Edna and their life together. The couple had always been close; they grew even closer during their retirement years. They joined an aikido club in 1979 and formed a “poker gang” made up of former co-workers and spouses who regularly met for coffee for 40 years. They also traveled to New York, Washington, D.C., Canada, Japan and Las Vegas.

On the last page of Higuchi’s first memoir, he dedicates it all to her: “I love you and miss you, Edna. Aloha.”

🔉: We ask, “What’s your favorite activity to do with your only granddaughter, Marie?”

Click on an image below to view more photos of Higuchi 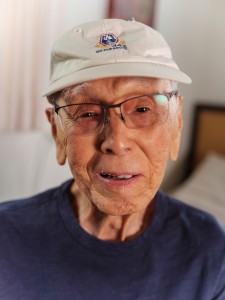 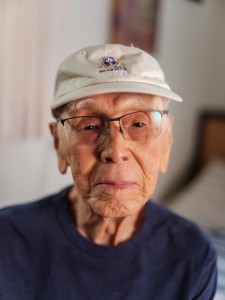 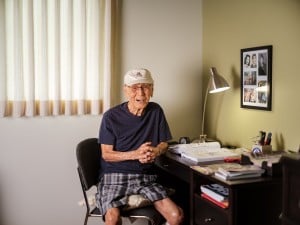