When Curtis Noborikawa was injured during the war, he used art as therapy. He drew pictures detailing his time in Europe including the moment machine-gun fire shattered his leg on Hill 140 in Italy (see them in the photo gallery below). The sergeant stayed with his squad for another 10 hours to ensure they made it up the hill.

While Noborikawa was recovering from his wounds, Helen Takatani was working at the Navy Exchange. One day, she and her co-workers were invited to a dance for injured WWII soldiers. Noborikawa was one of them. They married in 1952. 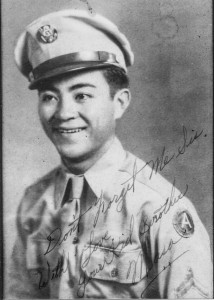 The couple had two daughters and one son. Growing up, Curtis Jr. and older sister Donna remember their dad working odd shifts as a ground traffic controller at Hickam Air Force Base. He spent 36 years there before retiring in 1984.

Their dad was also the family chauffeur—they would all pile into the car so he could drop the kids off at school and his wife at work. Helen, a stay-at-home mom-turned-librarian and educational assistant, refused to drive. Curtis Jr. says his dad warned him to “make sure that the girl you marry has a driver’s license.”

Noborikawa loved fishing and traveling, and the family spent every summer on the Big Island when the kids were younger. He would make his own gear and catch fish that rivaled his size—a 61-pound ulua and a 140-pound ‘ahi, to name a couple.

When the kids were older, the parents would visit Las Vegas every year with veterans and families of the 442nd RCT’s K Company. He stayed in touch with his Army friends and attended monthly get-togethers at Kenny’s Restaurant. Curtis Jr. even married the daughter of another 442nd veteran, Richard Nomura.

Many decades after he drew those sketches of the war, which his family still has, Noborikawa still loves the arts and looks forward to weekly ‘ukulele and taiko performances at Maunalani Nursing Center. One afternoon, Donna and Curtis Jr. peeked into his room and thought he was sleeping until they heard a faint noise. It was Noborikawa singing along to the music playing across the hall. 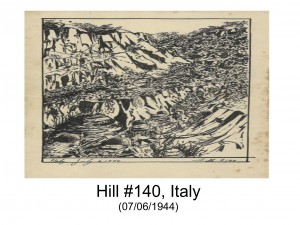 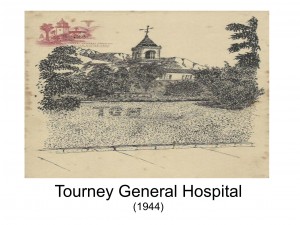 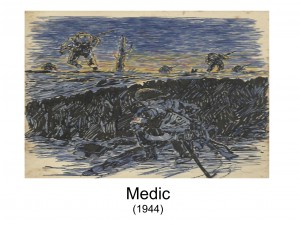 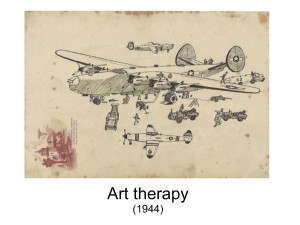 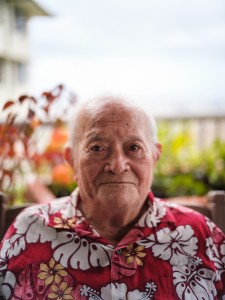 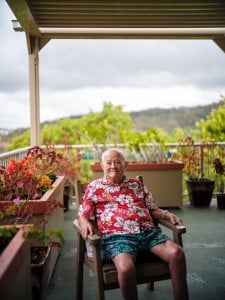