At 101, Hidenobu Hiyane considers himself a lucky man. He dodged death more than once while serving in Europe—his commanding officer was shot and killed while Hiyane was standing right next to him; in another close call, a grenade landed near him but didn’t detonate. 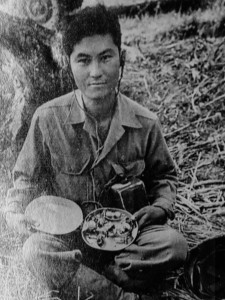 Luck was on his side after the war, too. He met his wife, Hisae, by chance in Chicago. He was attending the DeForest Training School, now known as DeVry University, on the GI Bill and she was visiting her sister, who happened to live in the same apartment building as Hiyane. They thought they’d never see each other again when she flew to New York for college, but when she arrived, the school had closed. The pair reunited in Chicago and wed in 1947 in front of a justice of the peace and Hisae’s sister as a witness.

Sprinkled throughout their Pearl City home are reminders of the days Hiyane worked as an Army radio operator and electronics repairman for the Salvation Army: A contraption he invented for the blender is mixed in with appliances in the kitchen and a heavy metal mess kit that was somehow transformed into a radio during the war sits on the dining room table. He even had his own amateur radio handle—KH6AOZ—as he tuned in and communicated with others through Morse code, which he learned during the war.

“My whole life, everything was rigged,” daughter Joyce jokes. “We have to read directions like how to turn something on because it’s connected to something else. He was constantly inventing things.”

Hiyane swears by aloe juice—Joyce grinds the plant and mixes it with water for him every day. It seems to be working—he doesn’t regularly wear glasses and takes only one medication a day. He gets the celebrity treatment at his annual visits to the doctor, who takes pictures with him, bragging to everyone that his patient is over a century old. Hiyane also enjoys doing word-search puzzles while practicing Morse code under his breath.

“As long as you know Morse code, your mind is pretty good.”

🔉: We ask,” What is your secret to a long life (besides drinking aloe juice)?”

Click on an image below to view more photos of Hiyane 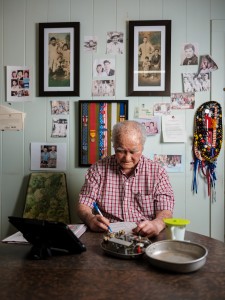 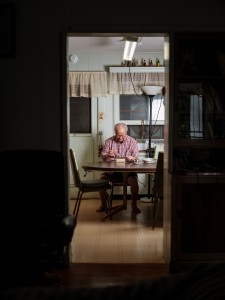 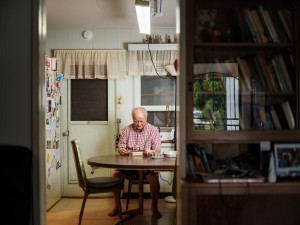 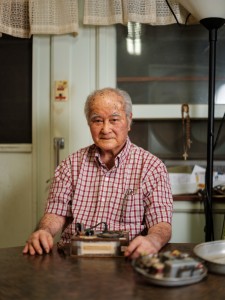 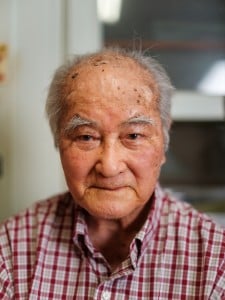 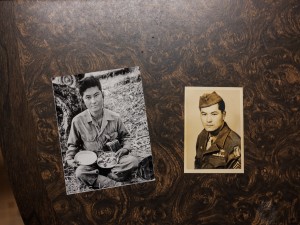