Ike Muraoka was the coolest dad. That’s how daughter Pat describes her father when she and her sister were growing up. He was welcoming and appreciated a good joke.

“All of our friends came over to the house, and he would hang out with everybody,” she says. “They felt comfortable.” 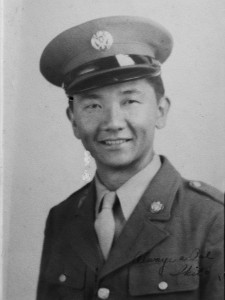 An accountant by trade, Muraoka was practical and regimented. He had a daily exercise routine and taught his young daughters to balance their checkbooks before going to college.

Muraoka’s wife, Yoneko “Nancy,” was a driving force in many things he did. He has his service to thank for meeting her. After the war, an Army friend introduced his sister to Muraoka, and “he was smitten from day one,” Pat says.

They married six months later and moved to Honolulu, where Muraoka worked as a payroll clerk and accountant. When Pat and her sister were born, the couple decided to move back to Kaua‘i to raise the girls. But Muraoka couldn’t find a job. So, he worked as a police patrol officer.

More than a decade later, he joined Big Save Markets as business office manager and then as VP of finance. He also served on the Kaua‘i Police Commission for eight years. He says his favorite part of working for the police department was helping people.

When he retired in 1984, he and his wife traveled the world. They visited Las Vegas, Japan, Europe, Canada and beyond in between trips to the Mainland and the Neighbor Islands. Pat knew of her parents travels but was shocked when she recently discovered a picture of them in a hot air balloon in Arizona.

“I just can’t imagine my parents doing that,” she says. “My mom really wanted to do it, but my dad didn’t want to. He ended up biting the bullet and going with her.”

In the last line of an autobiography that Muraoka dedicated to his wife, who died last year, he writes how grateful he is to have had such a loving and caring partner.

🔉: We ask, “What was the best part of serving on the Kaua‘i Police Commission?”

Click on an image below to view more photos of Muraoka 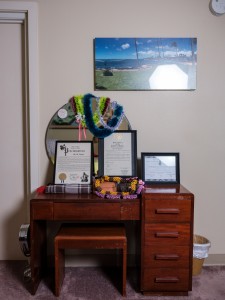 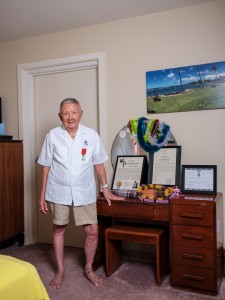 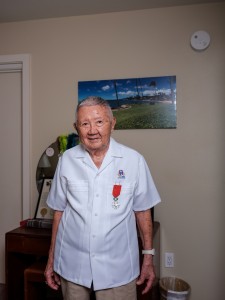 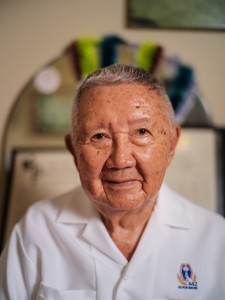 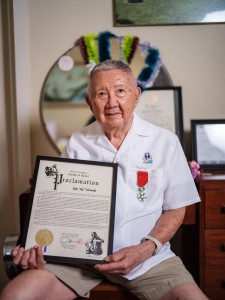