When Richard and Hisae Nomura moved in with daughter Lori Noborikawa in 2012, the neighbors started a saying: “Everybody lives long there.” And rightly so. Both husband and wife turned 96 this year (and the family’s white cat, Salty, just celebrated his 18th birthday—that’s nearly 90 in human years).

A retired boiler operator and truck driver at Pioneer Mill, Nomura loves sports: sumo wrestling, boxing, swimming and fishing. He’d often take Noborikawa and her older sister, Jenny, to Lahaina Harbor to fish and swim. They would return home and dump a bag full of fresh catches on the laundry room floor. The family ate fish for dinner so often that when Noborikawa moved away for college, she couldn’t eat fish for years. 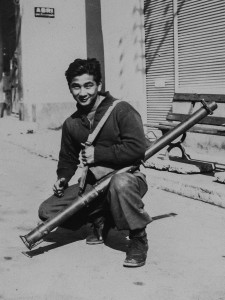 And when it came to swimming, Nomura had a “sink-or-swim” mentality. “He kind of threw us in the water and finally we’d start paddling,” Noborikawa says while laughing. But she says she enjoyed those times together.

Nomura also enjoys singing. He started at bon dances and joined a karaoke club when the family lived in Lahaina. Noborikawa says her dad would even drive miles to a Wailuku radio station just to sign up for its singing contest. She can’t recall if he ever won, but jokes, “He must’ve won at least once because why would he keep entering?”

The 442nd RCT remains an important part of Nomura and his family’s life. Daughter Lori married the son of another nisei veteran, Curtis Noborikawa. Although Nomura’s memory is fading, he still remembers the lyrics to the “Go for Broke” song.

“Sometimes when you get him going, he won’t stop. And it gets kind of loud,” Lori says.

Click on an image below to view more photos of Nomura 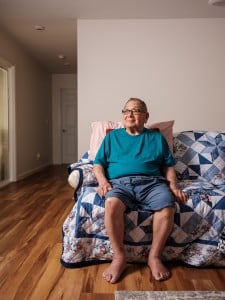 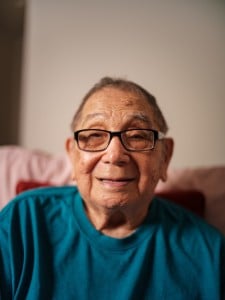 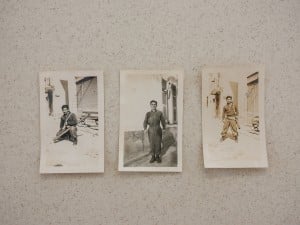