Harold Afuso can’t pinpoint the exact moment he met his wife, Patsy, which elicits a slap on the arm. “The nerve!” she says. The couple laughs, and Patsy tells the story. One Saturday night, she and her friends went to a downtown Honolulu social hall. Afuso asked her to dance. Patsy says he was a “lousy dancer” but joined him anyway. “That’s how you found me,” she reminds him. They’ve been married for nearly 70 years. 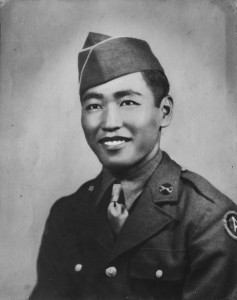 The pair has three kids, two grandchildren and two great-grandchildren. Afuso attended technical school on the GI Bill to become an electrician but had to stop when his family’s money ran low. Instead, he spent 32 years as a firefighter at Hickam Air Force Base. During his days off, he’d stock cigarette vending machines across O‘ahu. He retired at 52.

The family didn’t take many trips, only to the Neighbor Islands when the kids were younger. That changed when they took oldest daughter, Carol, to college in Colorado. Since then, Afuso and Patsy have traveled to Las Vegas two or three times a year, always staying at the California Hotel and sometimes winning jackpots on his favorite dollar poker machines. “Usually we know where to find him,” Carol jokes.

Afuso also loves golfing, putting together jigsaw puzzles and working on a never-ending supply of word-search books from his family. When the kids were younger, he served as president of their Okinawan club and volunteered to make andagi at the annual festivals. He and Patsy still attend the Okinawan Festival every year, where she performs with her drumming group and he sits in the audience. “Oh yeah, he sits there all day and watches,” Patsy says.

Click on an image below to view more photos of Afuso 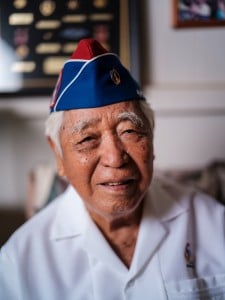 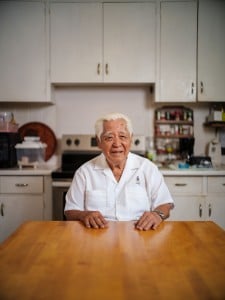 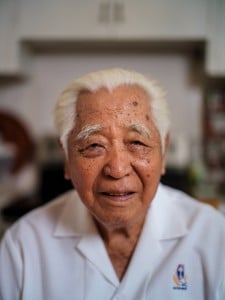 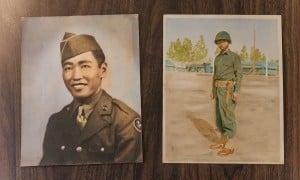