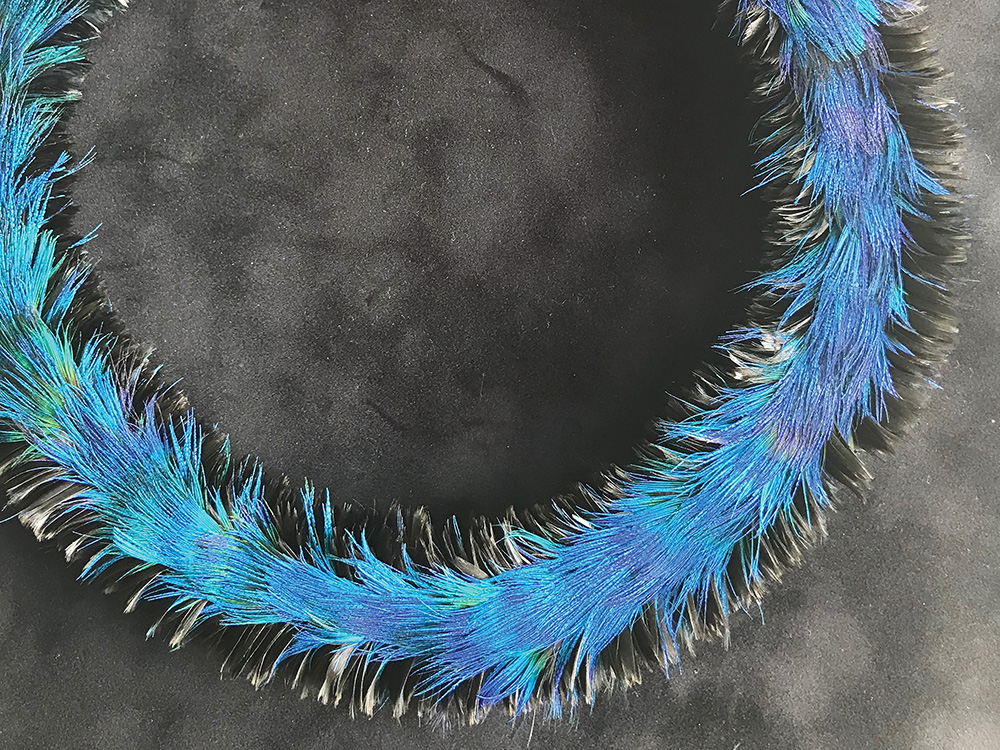 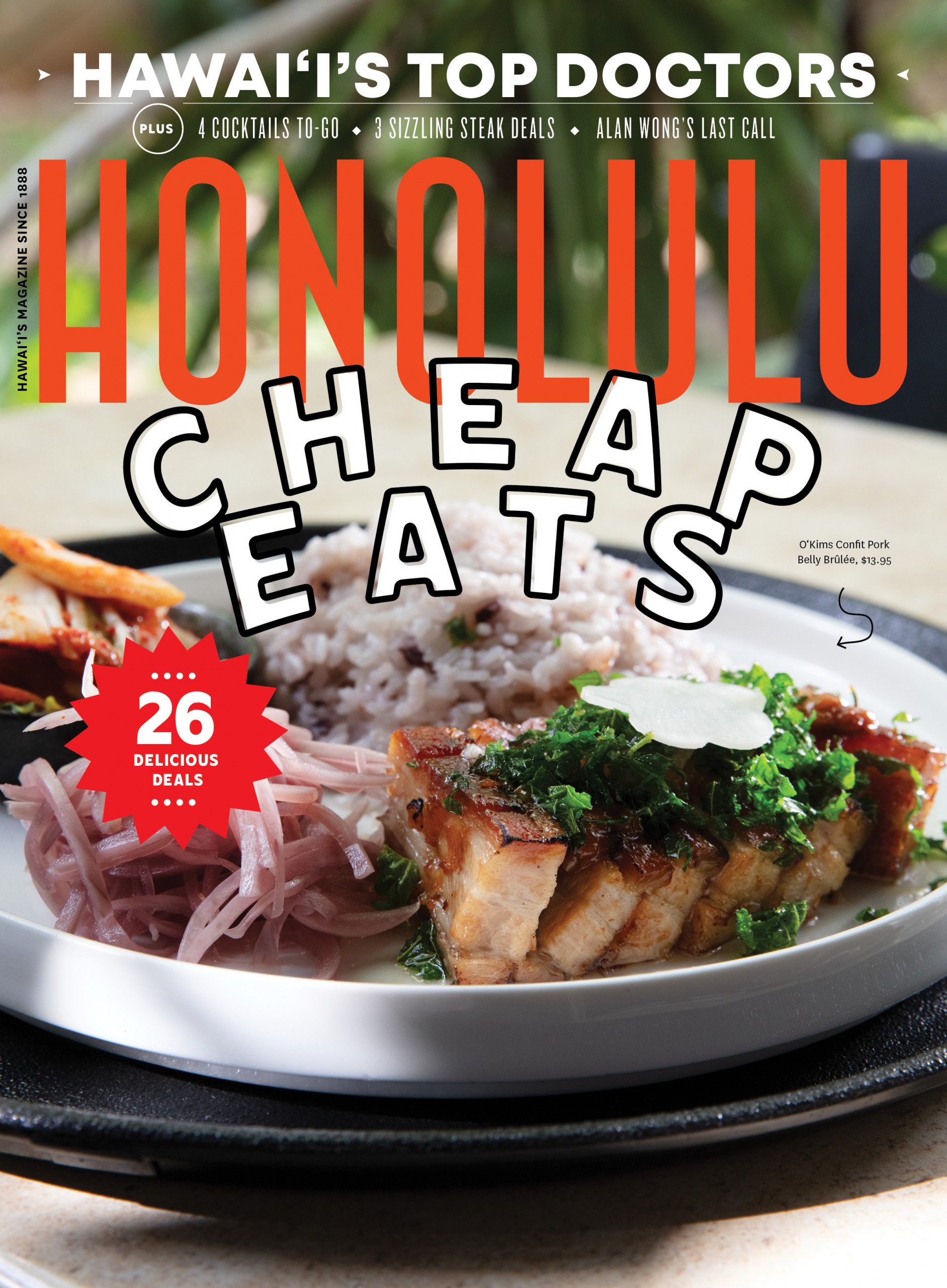 After suddenly being forced to cancel in the early days of the pandemic, the renowned Merrie Monarch Festival returns to the stage this month in Hilo to the joy of both hālau and fans. But there are big changes to the cultural celebration, often known as the Olympics of Hula.

Our annual guide celebrates Hawai‘i’s delicious dining options across the Islands. Find out our top cheap eats for less than $15, who’s offering cocktails to-go, the best deals you wouldn’t expect and what it was like for a local industry icon to close his signature restaurant.

A Tale of Two Kaka‘akos

Since 2009, Honoluluans have had front-row seats to the rebirth and redevelopment of Kaka‘ako, the city’s much-touted future urban hot spot. In those 12 years, two distinctive worlds have emerged and new plans for what will come may change our skyline and streets yet again.

We turned to Castle Connolly Medical Ltd. to provide us with a list of the Top Doctors in Hawai‘i. Here are 568 physicians in 63 specialties.

It’s never been open to the public, but now everyone can appreciate this new view of history.

Food, mimosas and plants: This Mother’s Day (May 9), thank yo mama for taking your daily pandemic calls (even if you can’t see her). Plus celebrate May Day, Memorial Day and juicy hamburgers.

Weaving together art, history and culture, two Native Hawaiian artisans use national awards to fuel their passion to teach.

Normally, we’re trying to get rid of fungus in the house. But here are three local mail-order mushroom kits to start growing at home—if not for their sculptural beauty, then for a delicious dinner. 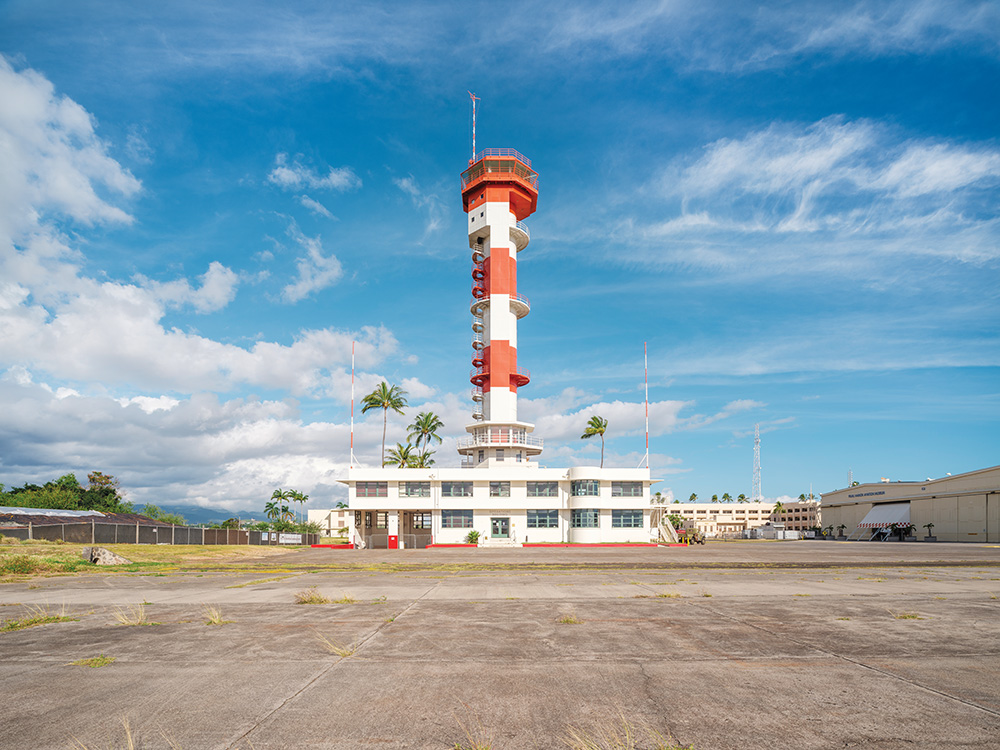 Coming in hot this summer are chic sunnies, cool hats and smokin’ swimsuits.

Editor’s Page: Give Me the Long Version

Never mind the CliffNotes. I want the full story, every time.

Afterthoughts: Stand By Me

Crowds are back, and they’re going to take some getting used to. 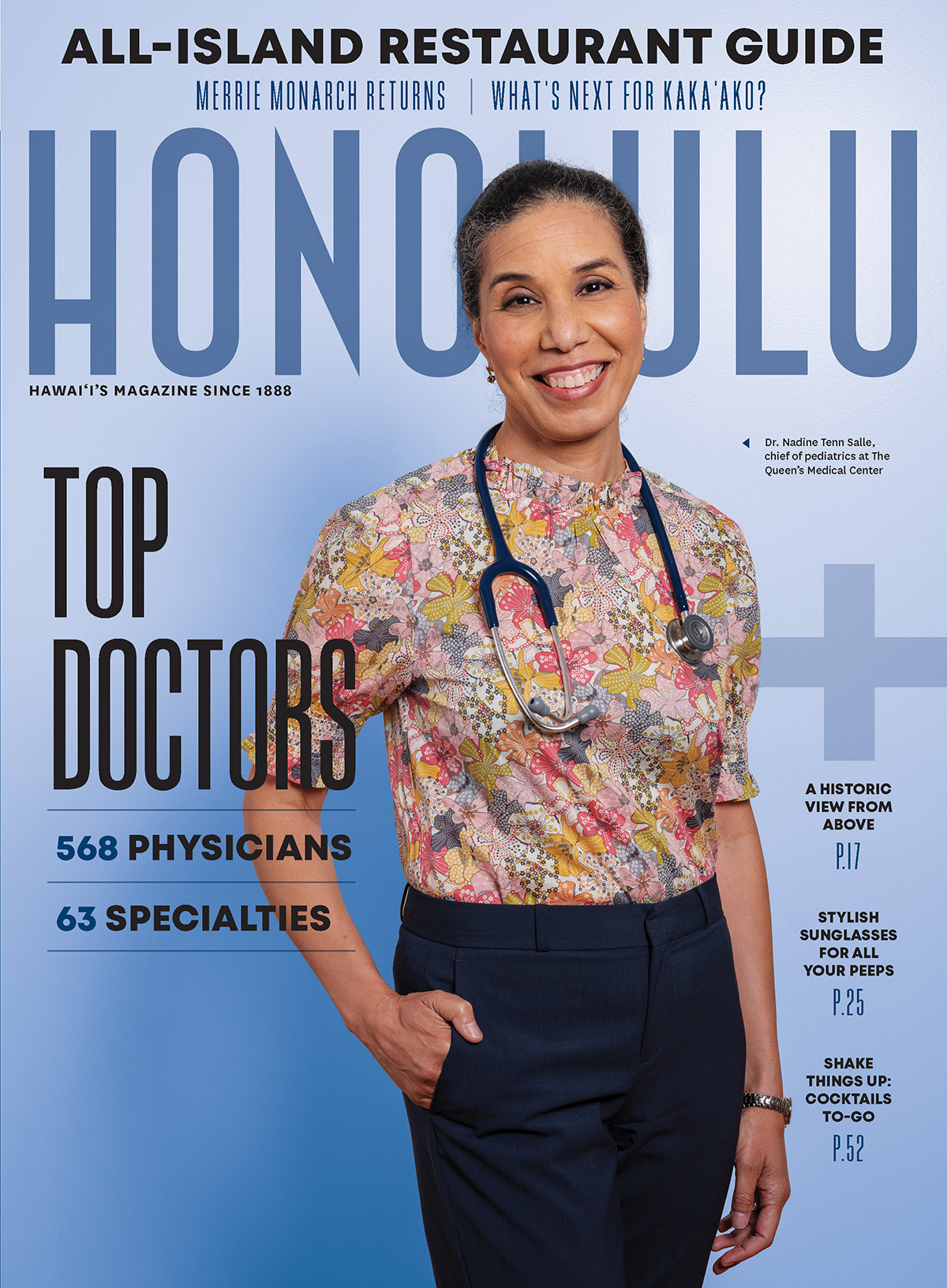 We are proud to celebrate the physicians whose outstanding contributions have earned them recognition as a Top Doctor every year for the past five years.

There are more than 8,000 physicians in Hawai‘i but only 568 were named top doctors by their peers. Learn more about some of those who earned the distinction.

These advertisers represent a full spectrum of local businesses and professionals dedicated to building a healthier, happier community.

This article appears in the June 2021 issue of Honolulu Magazine.