Afterthoughts: Crowds are Back, and They’re Going to Take Some Getting Used To 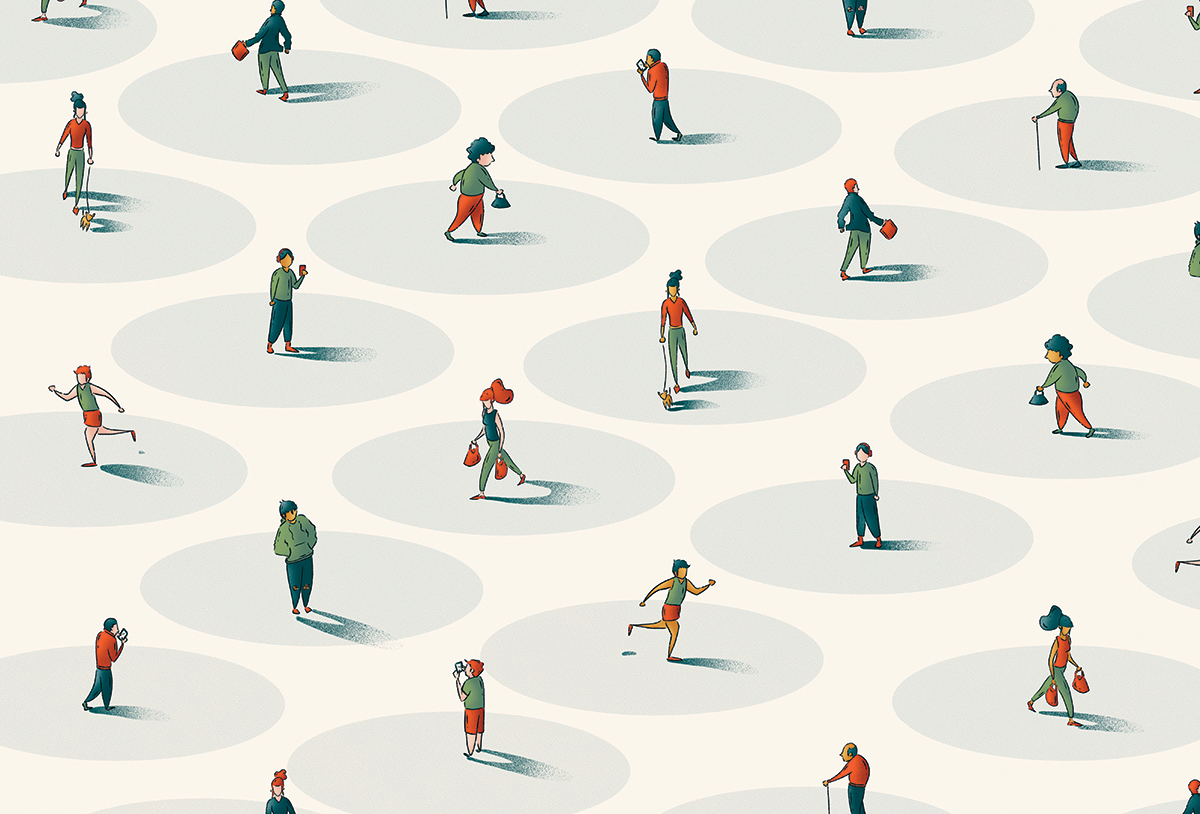 Not to brag, but I’m pretty good at following instructions. And I can catch on to new things quickly. So when social distancing became part of the lexicon, I didn’t need 6-foot markers on the floor to remind me to stay away—I immediately took to swinging wide berths around people on the sidewalk and making sure no one ever had to tell me to back off. (I also may have barked “6 FEET!!” at my fair share of bubble-bursters.)

SEE ALSO: Afterthoughts: You In or Out? As For Me, I’m Somewhere in the Middle

For a while it felt good to have so much personal space. No one could tell if I hadn’t shaved my legs all month, if that was a pizza stain on my shirt or just part of the pattern. I went to the beach in Waikīkī before tourism reopened and literally laughed out loud while swimming because I’d never been so far from other people in the water there, right in front of the Royal Hawaiian. No floaties bumping into me or ducking under kids losing control of their boogie boards. It was such a trip.

But if you’ve been reading this column for a few years, you know I think there’s nothing like being in a crowd at a concert. It’s what I miss most during all of this. Sweaty strangers packed together like leftovers in takeout containers after a potluck, sending spittle flying as we scream as loud as we can, passing around shared water bottles to whoever needs them most and hugging random people at the end of it because everyone’s having a great time—it’s what I live for. The longest I’d ever gone between concerts before was just under a year, from August 2006 to August 2007. As of this writing, it’s been one year, three months since my last one at The Republik. I’m itching to go back. But I’m not sure I’m ready.

When I heard about the Swae Lee concert in Wai‘anae in March, it made my skin crawl. The Grammy-nominated rapper performed for hundreds of maskless, unvaccinated partiers in a Quonset hut with no social distancing, despite not having a permit from the city. (A neighbor reportedly called the cops since that kind of gathering wasn’t allowed at the time, but it wasn’t shut down.) Even when gathering limits went from five to 10 and I met up with some co-workers for pau hana, it felt like I was doing something I wasn’t supposed to. Making the jump from 10 to hundreds or even thousands of people in an indoor venue will be like reverse culture shock.

Beaches are full again. Many restaurants have wait times of more than two hours. There are even events on First Friday. The hum of the city is back. I’m trying to get used to being out and about without feeling like I need to get out of the way, but it’s been hammered into us for so long that we’re all potential disease-carriers and being in a crowd is the absolute worst thing we can do. That’s not as true as it used to be. Lt. Gov. Josh Green has said he thinks Hawai‘i can reach herd immunity by July 1. It’s gonna take longer than these few weeks before then for a lot of us to get used to, even enjoy, being around large groups—especially strangers—again. But it’s important to get back out there and participate in society, as long as we can do it safely. So if that means I should start hanging around the mall more often, getting in line for the latest food craze at the farmers market, maybe even hiking Diamond Head on Saturday mornings, I’ll be ready for a concert in no time. And if someone bumps into me on the sidewalk, I’ll try to keep from shouting “6 FEET!”