Afterthoughts: You In or Out? As For Me, I’m Somewhere in the Middle

I might not feel comfortable cramming into a karaoke room and passing the mic back and forth to all my friends yet, but now I can see a light at the end.

By the time this issue arrives in your hands, tens of thousands of people in Hawai‘i will have received a coronavirus vaccine. After staying in Tier 2 for so long with rules that weren’t changing month to month, sometimes it felt like this new restricted way of life was permanent, that we might never get to hang out with more than four other people and move forward on a path to normalcy.

During the first lockdown a year ago, I followed all the rules, rarely leaving the house. As things opened up, I still stayed home most of the time, figuring I’d rather ride out the storm from the safety of my childhood bedroom-turned-home office.

That wasn’t really necessary, though. True, we’ve handled the whole thing far from perfectly, and because of all the blunders and unknowns along the way, it took me a long time to understand that I can still be safe around other people, as long as I’m careful. Hawai‘i has fared pretty well in terms of test positivity rates. The World Health Organization-recommended rate for reopening is 5% or lower for at least two weeks. As of this writing, Hawai‘i has been at 3.5% or lower since Sept. 3, according to the state Department of Health. 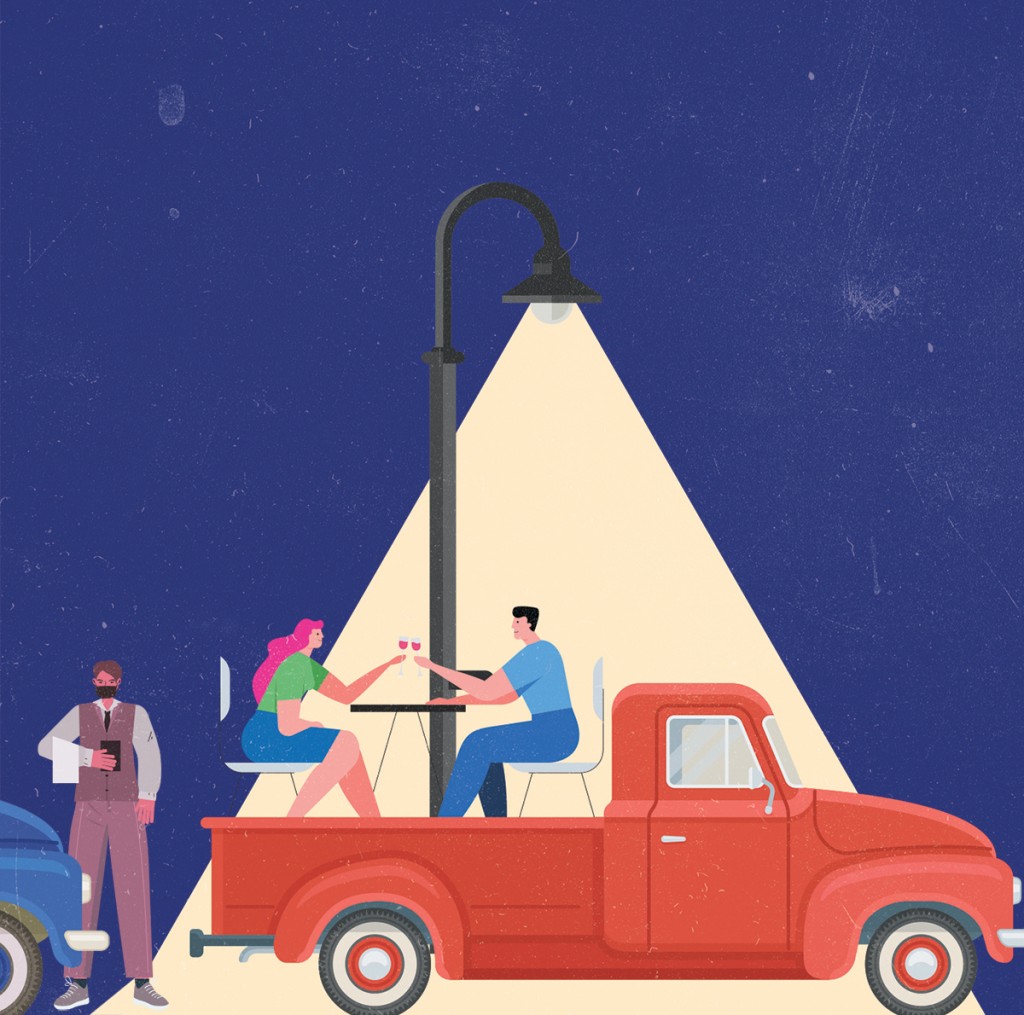 So when the time came to celebrate the magazine’s Hale ‘Aina Awards in person on the rooftop of the International Market Place, I couldn’t wait to head to my first big event in nine months. The party normally brings together thousands of readers and gourmands for an evening of food, fun and merriment. It’s always one of my favorite nights, and I was determined to keep the trend going. Obviously this year would be different—and instead of mingling with the crowds, keeping our wine glasses full at all times and snagging a couple of plates of Roy’s hamachi crudo, our team shifted behind the scenes to serve guests at the now drive-in party. I skipped the fancy local designer dress for an all-black uniform, wore sensible shoes instead of heels, put on a mask and got to work. Nothing glamorous for me this time around, but I got to see my co-workers face to face and joke with them in person after so many months of virtual-only meetings. That in itself was awesome.

The safety rules didn’t put a damper on their tailgate setups, their pickup trucks decked out with Tommy Bahama chairs and fairy lights in the back.

And our guests knew how to bring the party, too. The safety rules didn’t put a damper on their tailgate setups, their pickup trucks decked out with Tommy Bahama chairs and fairy lights in the back. I sang along to Streetlight Cadence’s live performances onstage from behind my mask as I crouched off to the side between delivering boxed courses, and when I ran into senior stylist Stacey Makiya while DJ Kool E spun tracks, we both immediately busted a move. In a past life, dancing at concerts or with friends was a typical part of my weekend. Now, it’s been so long, I’m surprised I didn’t pull a muscle.

SEE ALSO: Afterthoughts: I Grew Up in Hawai‘i. So Why Do I Feel Guilty Hitting Up Local Tourist Attractions?

There was no after-party, other than talking story as the cars cleared out. But the opportunity to connect after months apart was just as fun as any night out at the bar. I might not feel comfortable cramming into a karaoke room and passing the mic back and forth to all my friends yet, but now I can see a light at the end. We’re going to get there. In the meantime, I’m enjoying the little flickers along the way.