For some reason lotta people on top da Mainland get grossed out by Spam. When I used to teach college, my students from da continent would say “Spam? It looks gross.” Dey just no could get past da look and da stigma. Even da famous food celebrity Andrew Zimmern, who wen build his reputation as da guy who would eat anykine on top his show Bizarre Foods, he no could handle one Spam musubi. Dis da guy who could stomach trying cow head, bull testicles and raw goat, but he wuz defeated by Spam?!

In Hawai‘i, people go crazy for Spam. People who keep da stats say we eat more Spam per capita than any oddah state (7 million cans a year. Roughly five cans per person). So couple months ago wen I saw one “Coming Soon” sign for Spam on a Stick at da Pearlridge Hot Dog on a Stick, naturally I got all excited. I wanna try that, I said! But many weeks went by and I wuz all like what, it’s STILL coming soon? Dey waiting for Spam go on sale at Long’s or what? 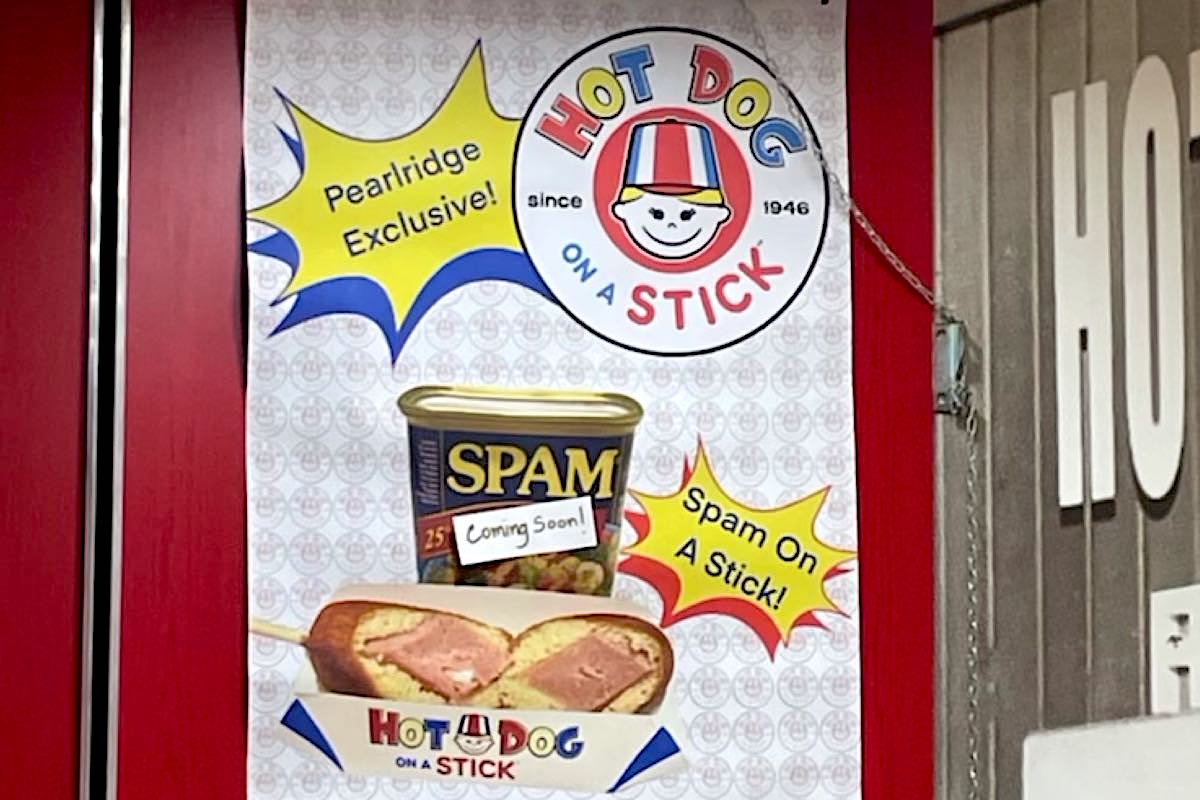 Finally it dropped couple few weeks ago. Instead of their regular hotdog, dis one ($4.25) get one slice of Spam fried up in da same corn dog batter as their famous hot dogs on a stick. I really liked it. It had one nice ratio of batter to Spam. It wuz fried just perfect. Dey told me for each can dey cut ’em into eighths. As I predicted, my childrens liked it too. Although they said it would’ve been even bettah if it wuz rolled in sugar. Oh my. That would’ve been da perfect trifecta of da tree not-good-for-you tings all rolled in one. Fried food, processed meat and sugar. Lol.

Dis Spam on a Stick, she go! I wondered who came up with such one genius of one idea. Turns out it wuz Baron Obata, owner and franchisee for da Pearlridge Hot Dog on a Stick. He said, “Gotta do something with a local twist, right? Something unique. It’s just something I thought I would try out.” 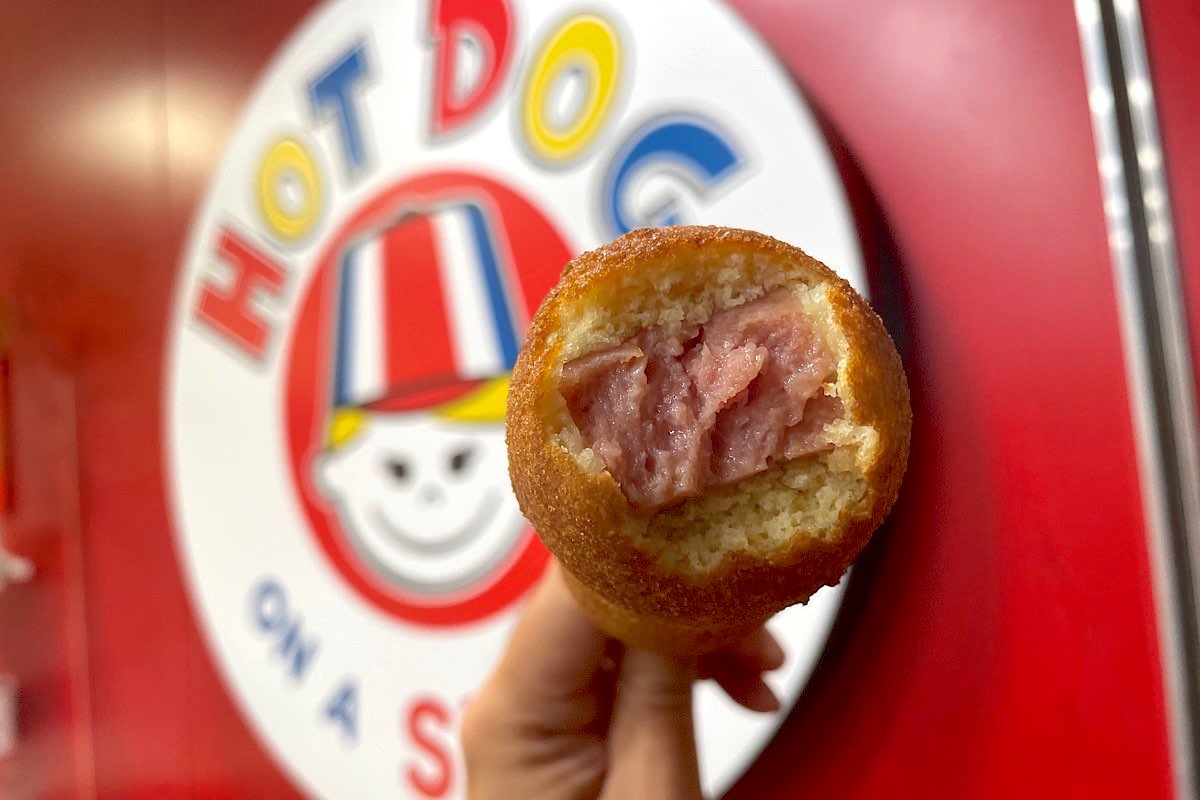 I personally hoping Spam on a Stick going catch on. In da same way Spam musubi made Spam more appealing to people from Japan (not Okinawa cuz dey already love Spam), I tinking dis Spam on a Stick might be da gateway food fo’ getting Spam more accepted on da American continent. When I asked Braddah Baron what he thought, he hmmm-ed for one long time before saying, “Spam has a very, how shall I say it? Not negative, but not a good reputation on the Mainland. It’s not a delicacy, let’s say that. It’s not a widely accepted food there. When people there think of Spam, they think eww.”

So Braddah Baron no stay as confident, but I still tink if it catches on here in Hawai‘i, get chance, right? I told ’em my rationale. It can be j’like how Panda Express test-marketed their orange chicken in Hawai‘i and da ting wuz so popular that dey added ’em on da menus for all da Panda Expresses across da country. Can’t you picture dis happening with Spam on a Stick?

Braddah Byron conceded it’s possible, but it has to sell well in Hawai‘i first.

“For now it’s a limited-time item,” Braddah Baron says. Maybe for about a month longer or until he runs out of his closetful of Spam. Until then, he’s hopeful. “How’s this? If it sells, I’ll keep it on the menu.”

“If it sells SUPER good, you going tell corporate?” I ask.

I ask howzit selling so far. He reports, “It’s selling not bad, but I thought it would be doing better. I think if it had more exposure it would do better. But I don’t do social media like TikTok and all that.”

Yeah, so pretty much all Braddah Baron get is his one random sign for tell local people about his Spam on a Stick. Even da cashier girl says, “Yeah, not too many people know about it.”

So I guess da only way for truly assess how far Spam on a Stick can take our Spam mission is if more local people know about it. So far I tink only 162 people have seen Braddah Byron’s sign. We need more than that!

Da secret Spam takeover has begun. Pearlridge stay da only Hot Dog on a Stick in da entire nation that offers Spam on a Stick. For now. Wink, wink.