Pidgin to Da Max, classic local shows and comedians brought our language to the forefront. But in the second of our four-part series on pidgin, we asked Da Pidgin Guerrilla Lee Tonouchi who should speak our unique language? 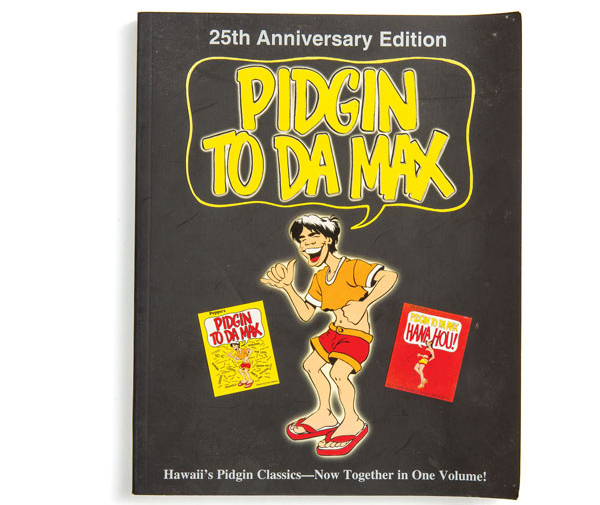 Editor’s Note: This is the part of a four-part series taking a look at the past, present debates and future of Pidgin by Lee Tonouchi. Here are the other parts of Pidgin 102:

Before time, I wen ask one Literatures of Hawai‘i class at Kapi‘olani Community college dis very question, “Who Gets fo Talk Pidgin?” Nine outta 17 students said outsiders shouldn’t talk Pidgin. Seven students said, can, can. One person made up his own answer and said, “It depends. What if the person came here when they were small and grew up here, or what if they’re older but were living here for a long time?”

Da majority dat wuz against said outsiders shouldn’t talk Pidgin because “it sounds odd when they try to pronounce words,” and because “it’s not part of their culture.” Da class wen go share personal stories about how some outsiders wen go use Pidgin fo mock and ridicule dem before.

Fo da people who said wuz okay fo outsiders fo talk Pidgin, dey said as one mattah of respect. “If we can learn about other people’s cultures, then shouldn’t we allow people to learn about ours?”

Some of my classmates said you GOTTA be born hea for be local. Nomo exception. One person felt you had fo at least go high school hea so you can answer da question, “What school you went? You know my cousin, Darrell Lum?”

Fo me, my answer wuz up to da person brah. If you feel you local then you local.

Me and my friend, da Pidgin linguist Kent “Yoda” Sakoda from UH Mānoa, me and him always get into friendly arguments about these two questions. For Kent, da two questions stay actually only one question, but. Cuz he sees Pidgin as being inextricably linked with local identity. Fo him, you gotta be able fo talk Pidgin for be local.

So I ask ’em, “What about all da Hawai‘i people who love everyting about local culture, da food, da music, da customs, but dey HATE Pidgin?” For Kent, he tell straight out, “Those guys, dey not local den. How you going know your culture if you nomo da language?”

He believe almost all local people talk at least little bit Pidgin, small kine. And if dey tink dey don’t, den “dey in denial,” he says. I tell ’em, but get lotta local people who say dey talk no Pidgin wotsoeva. But Kent tink if you follow dem around long enough, you bound for hear some Pidgin come out.

Even though Kent only joking about tailing people fo listen fo Pidgin, I can see wea he coming from. Cuz I meet lotta local people who claim zero Pidgin usage. Like one time one reporter wuz interviewing me. She said she wuz born and raise ova hea. And aftah da interview wuz pau she said, “Yeah, I don’t talk Pidgin.” So I tilt my head and I tell her, “Eh, when you tell, ‘I don’t talk Pidgin,’ das Pidgin!” Realizing, she tell, “Oh yeah, no.” 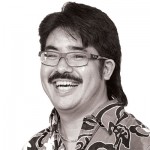