Locals love da ‘Aiea restaurant so much, it will be da only one left after da lastest one in Japan closes. 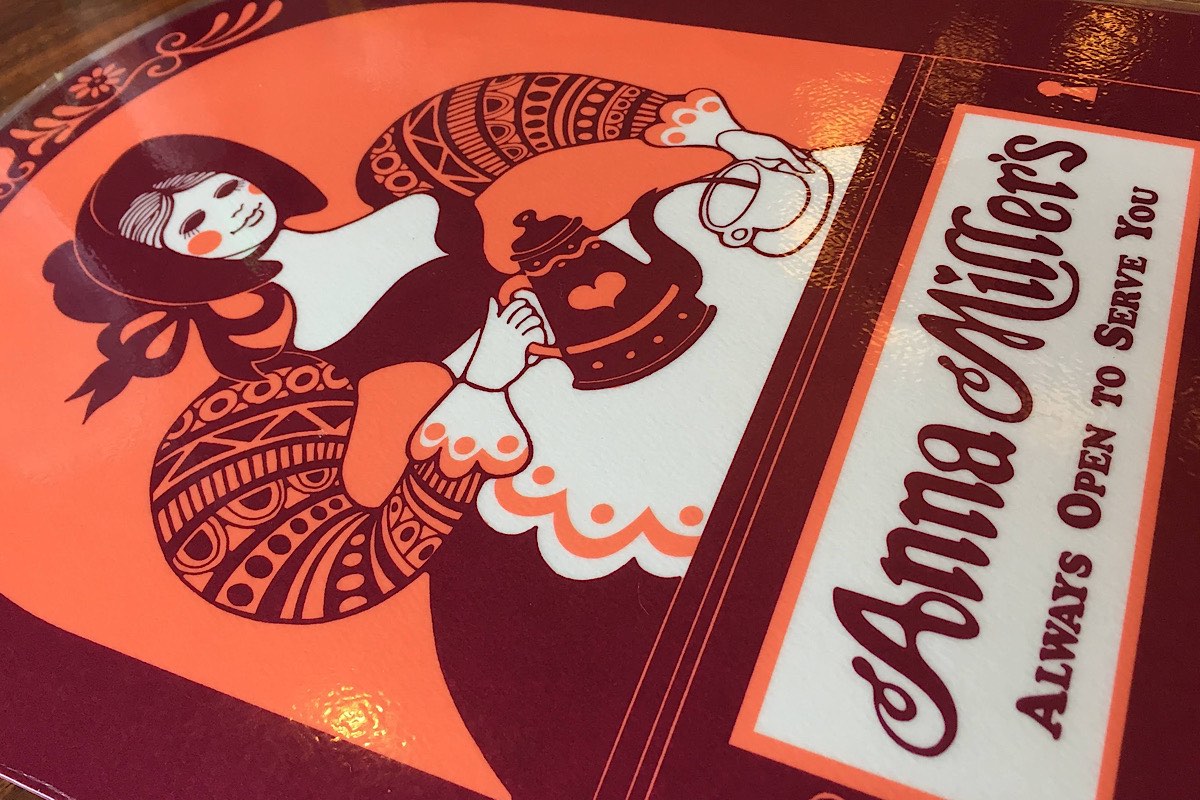 I one ‘Aiea boy so we always go Anna Miller’s. Small kid time I went dea with my family on special occasions, but most of my memories is going dea with my high school and college friends. Like aftah seeing one movie at Pearlridge 4-Plex, we’d go eat at Anna Miller’s aftah cuz nevah have too many places still open. Now whenevah we go potluck, we like for bring Anna Miller’s pies, cuz you gotta rep your neighborhood right? At Anna Miller’s I’ve run into Mililani cousins, neighbor island relatives, and even some of my townie friends who insist dey NEVER drive past Kalihi. Local people fully love Anna Miller’s.

With da news of da impending closing of da last Anna Miller’s in Japan on Aug. 31, it means our Anna Miller’s in ‘Aiea going be da lastest one in da known universe. So I wen talk story with Wade Hashizume, da general manager of da Hawai‘i restaurant for about 45 years. Das how I found out some pretty interesting Anna Miller’s facts that I nevah know even though I been going dea pretty much my whole life.

You know how come get Anna Miller’s pies at Bravo’s?

I always thought oh, dey such good neighbors. Cuz it’s so nice that even if you choose NOT for eat at Anna Miller’s and you opt for go downstairs and eat instead at da rival, da Italian restaurant Bravo, you can still order one slice of Anna Miller’s pie for dessert. I found out dis all stay possible because of Stanley Miller. Braddah Wade explains that Stanley Miller stay da guy who founded da Anna Miller’s chain in da 1960s in Northern California, den opened our ‘Aiea location in 1973. Turns out Stanley Miller also owns Bravo. An’den as if sensing my next question, Braddah Wade adds, “And the one in Hawai‘i is the only one too!”

Anna Miller’s was big in Japan, but …

I heard had Anna Miller’s in Japan, and I heard wuz popular, but I nevah know how popular. At one time had 25 Anna Miller’s in Japan! Da last one stay closing because da whole area undergoing redevelopment. I wuz curious what dey get at da Japanese Anna Miller’s. Of course dey had pies, pancakes, chicken pot pie, burgers and sandwiches. But dey nevah have items dat Hawai‘i people love include da chili, da fried chicken, and da biggest omission: no cornbread! For me da oddest thing about da Japanese Anna Miller’s menu wuz seeing all da Hawai‘i items on dea. Cuz wuzn’t da stuff you would tink would have, like haupia chocolate pie. Dey had loco moco, but it came with one slice of cheese under your egg. And ho, dey even had Hawaiian Plate! But no get too excited, their “Hawaiian Plate” nevah have lau lau, kalua pig or lomi salmon. One “Hawaiian Plate” ova dea wuz Spam, two fried eggs and rice. (I feel like somebody gotta write one Hawai‘i Pulp Fiction script and add that bit of triva to da dialogue. Lol.) 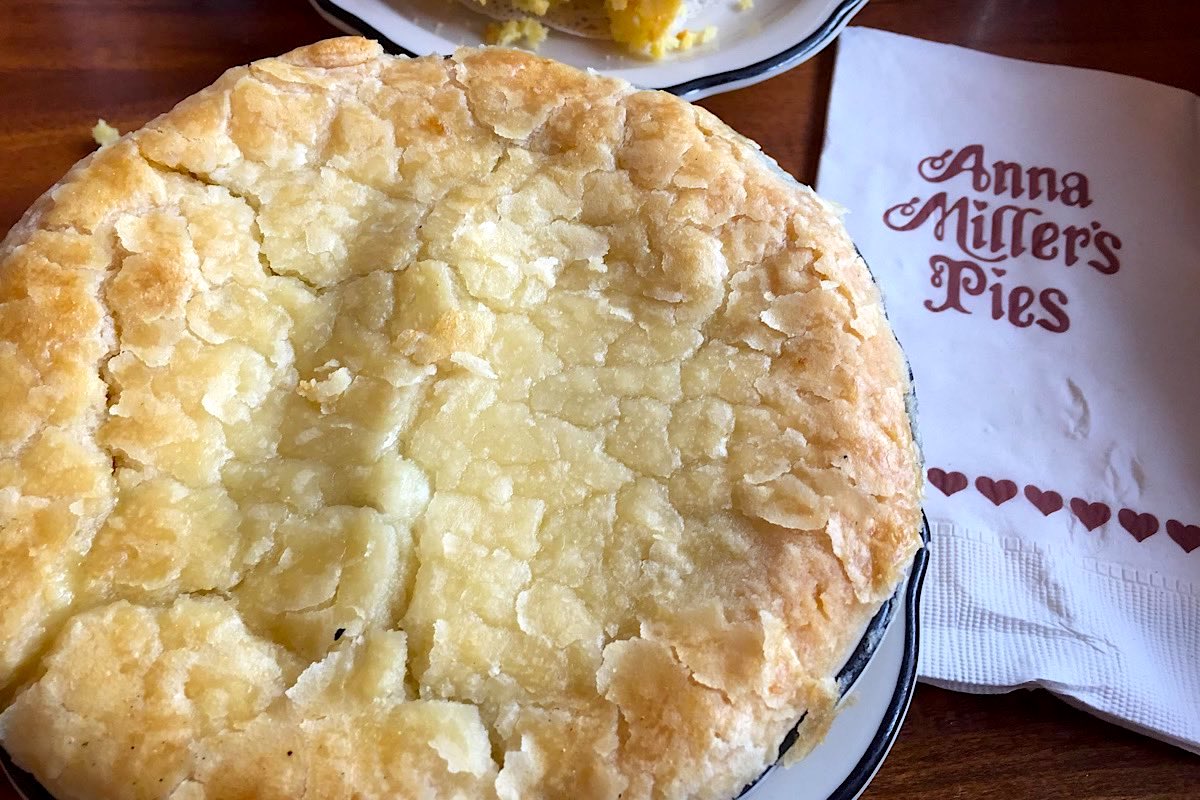 All da top-selling items have eggs

Outta curiosity I wanted for know what’s da best sellers at our Anna Miller’s. Wuz one surprise, but not one surprise that all da top items wuz breakfast entrees. For now dey only open for breakfast and lunch, but even pre-pandemic time, Braddah Wade said that breakfast items have always sold mo’ bettah.

SEE ALSO: What Are the Best Sellers at Rainbow Drive-In?

I thought garanz wuz going get da Peanut Butter & Chocolate Cream Pie on da list, cuz it’s not only my favorite, but I found out my foodie friend Kelli Shiroma Braiotta who eats 10 million pies a year, das her favorite too. So I just assumed everybody would agree with us peanut butter and chocoholics. But oh wells, more PB&C pie for us!

Local people love Anna Miller’s cornbread sooo much we’ve decided it goes with pretty much anything and everything on top da menu. Like, normally we would nevah eat saimin with cornbread, but if we talking Anna Miller’s cornbread, das one whole noddah story, brah. I thought maybe da cornbread get one secret ingre-da-ment, but Braddah Wade says da secret is “our lead baker Jeffrey Ferreira. Let’s just say he takes pride in his work.” When I pressed further, all Braddah Wade would reveal wuz that their baking team is very “meticulous.” So you heard that? All you eyeball bakers out dea, no even tink about it! Lucky for us da Anna Miller’s team stay all about da precision. Cuz for make cornbread dis good you gotta be perfectly on point.

Braddah Wade attributes Anna Miller’s longevity and success to their good location and da people of Hawai‘i. “We really want to thank our local customers. We were closed for about a year and a half and when we reopened they all came running back.” Da GM reassures me that Anna Miller’s stay doing well. Though dey no more their full menu yet and da hours stay limited, he says, “I think we’ll be OK.” For now, da dining room stay open from 8 a.m. to 3 p.m., but you can get pies from 7 a.m. to 7 p.m. Braddah Wade stay hopeful they”ll bring back da whole menu once they can reopen again for dinner.

We gotta make sure we keep giving Anna Miller’s our support. Used to be you could have da option of going at 2:00 in da morning and eating breakfast, lunch or dinner. Although I older now and I no tink I can stay up that late, I would like my childrens for have that option one day. From when dey wuz small we introduced our keiki to Anna Miller’s. So far everything we told dem we like, dey like. Chicken pot pie is bomb! Fried chicken is bomb! (Although it looks like das one of da dishes das gone for now.) But no matter what dey eat, dey always ask da one question that lets us know that we taught dem well. Dey tell, “Can we get cornbread too?”