Hip to Be Square.

In Palermo, Sicily’s capital, sfincione is a popular street food, somewhere between focaccia and pizza, and topped with breadcrumbs. 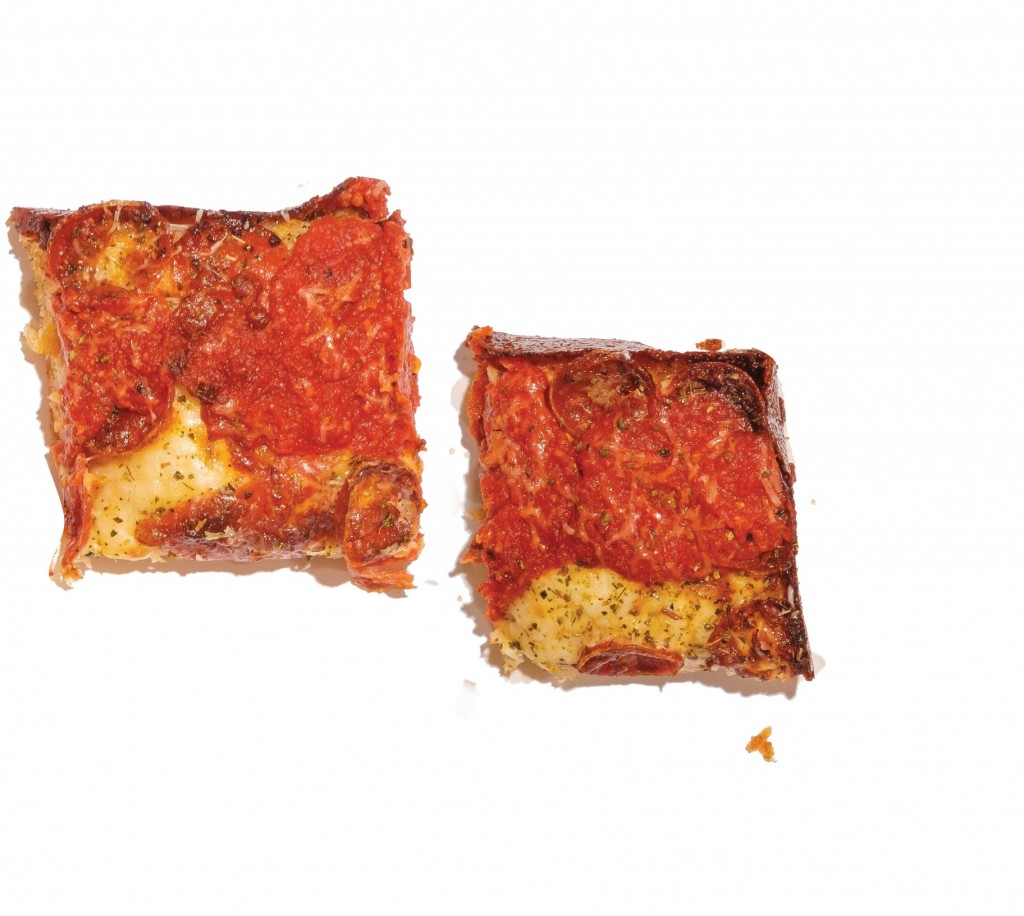 The Detroit-style pizza emerged in 1946 when a bar owner threw his mother-in-law’s Sicilian pizza dough into a steel pan once used for auto parts. That style of pan gives the Detroit pizza its characteristic crispy crust crowned with caramelized cheese. Wisconsin brick cheese and mozzarella blanket the dough, then tangy tomato sauce and pepperoni. You can also find a plain cheese version at Pizza Mamo. 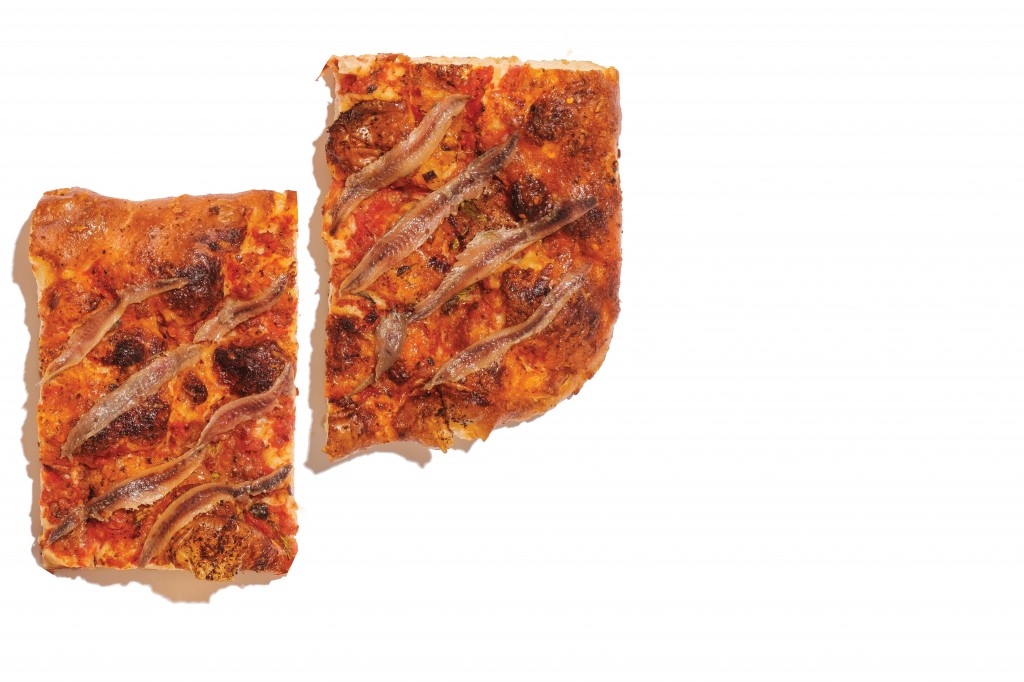 Breadshop’s Nonna pie hews the closest to sfincione. A blistered, puffy base rich with olive oil is topped with tomato sauce and a potent scattering of sliced garlic, smoky Urfa chiles, breadcrumbs, pecorino Romano and oregano. There’s also an option to add anchovies, “which everyone should,” says owner Chris Sy.

SEE ALSO: Taste Test: We Tried (Almost) Every Bread at Breadshop in Kaimukī 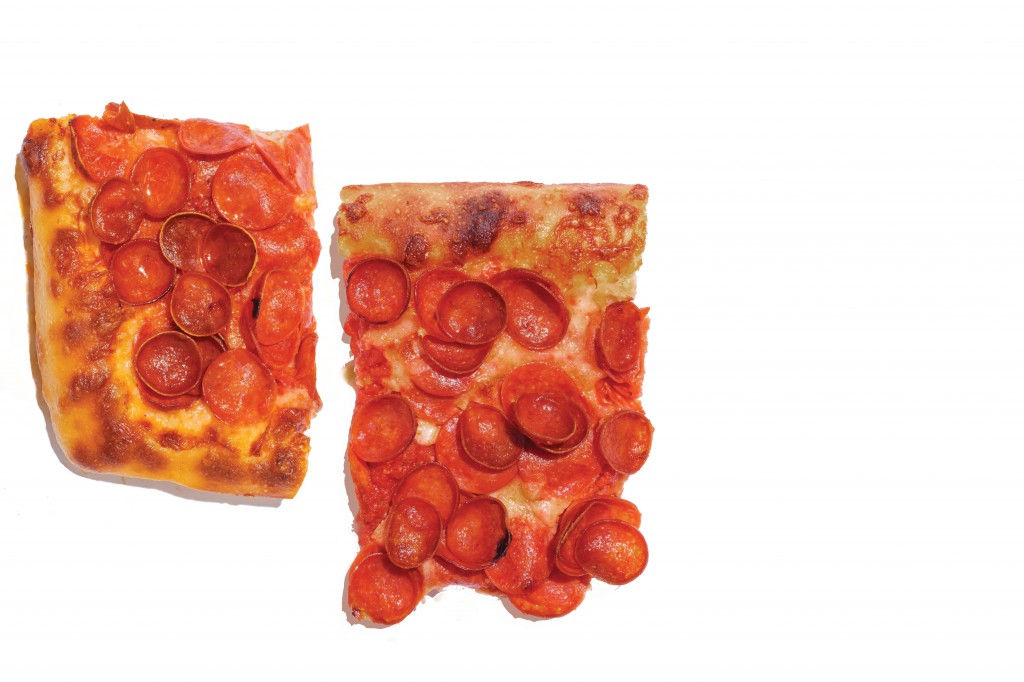 ‘Ili‘ili’s square pizza is an American take on sfincione, cheesier and a little thinner. It’s baked in pans loaded with olive oil, essentially frying the dough. For the pepperoni pie, mozzarella goes under the tomato sauce, topped with “choke” pepperoni that bake up into crisp cups, and a sprinkling of Parmesan.