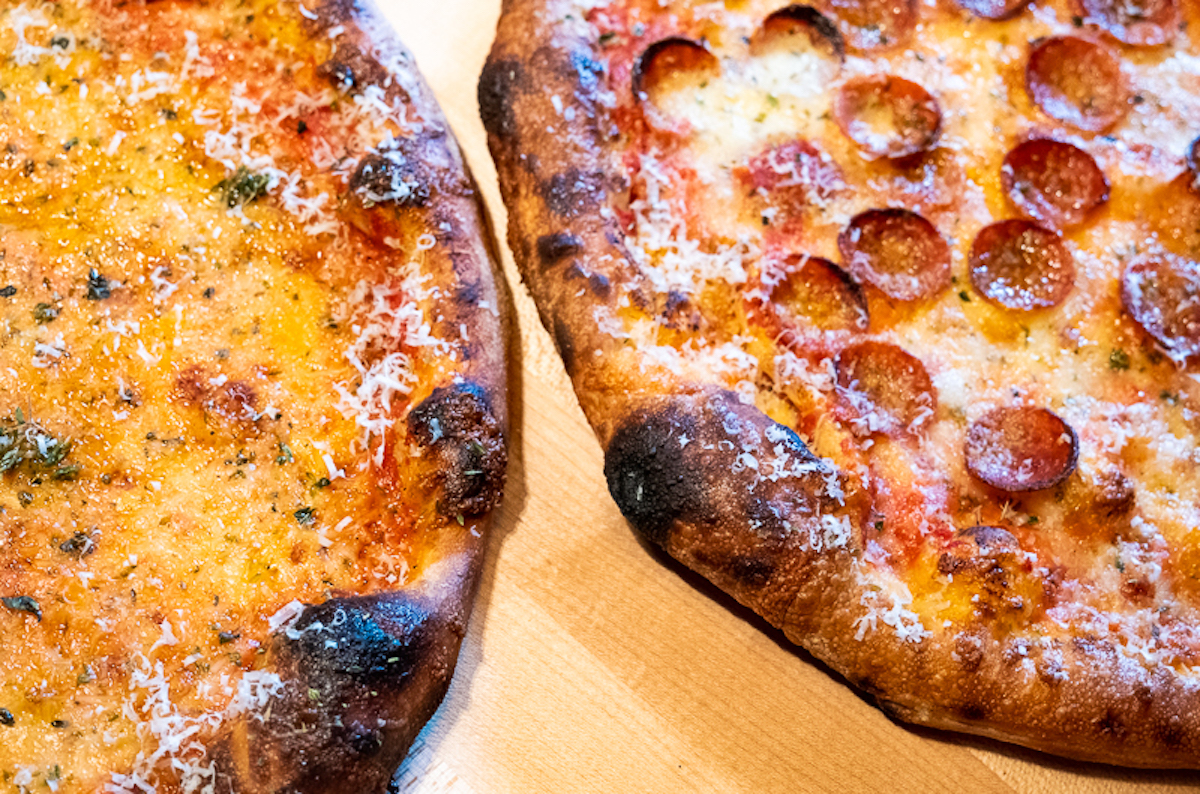 The pizza shop that just opened on the site of the original Brick Fire Tavern on Hotel Street isn’t just a rebrand. It’s far more exciting. Pizza Mamo is a complete overhaul with two pizza styles we haven’t seen in Honolulu: Brooklyn and Detroit.

Brooklyn-style pizza is a hybrid of Neapolitan and New York styles. It is characterized by a large 16-inch diameter, a crust that’s crisp but flexible enough to fold in half, and toppings that are simple and flavorful. Pizza nerds will notice the bubbles and pockets of dark spots known as leoparding (read: This is a serious pie). 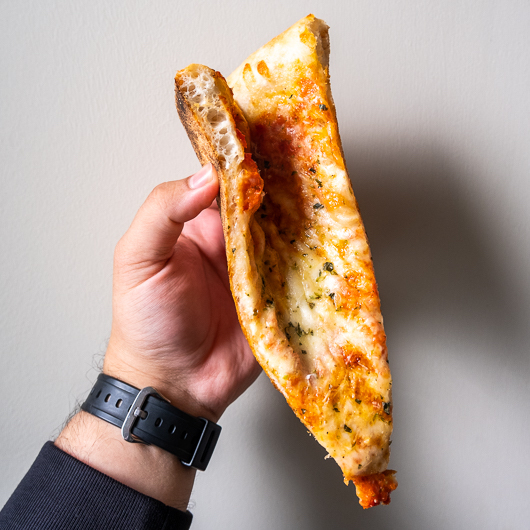 I had a chance to try an early version of the Triple Cheese pie during a training session with master pizzaiolo Alastair Hannmann, who operated Boston’s North End Pizza and Pacifico Pizza Napoletana in Kāne‘ohe for more than a decade before moving to California. The scent of melting cheese and act of folding a hot slice in half give me flashbacks to Roberta’s, Lucali, and Di Fara pizzas in Brooklyn. This could hang with them. 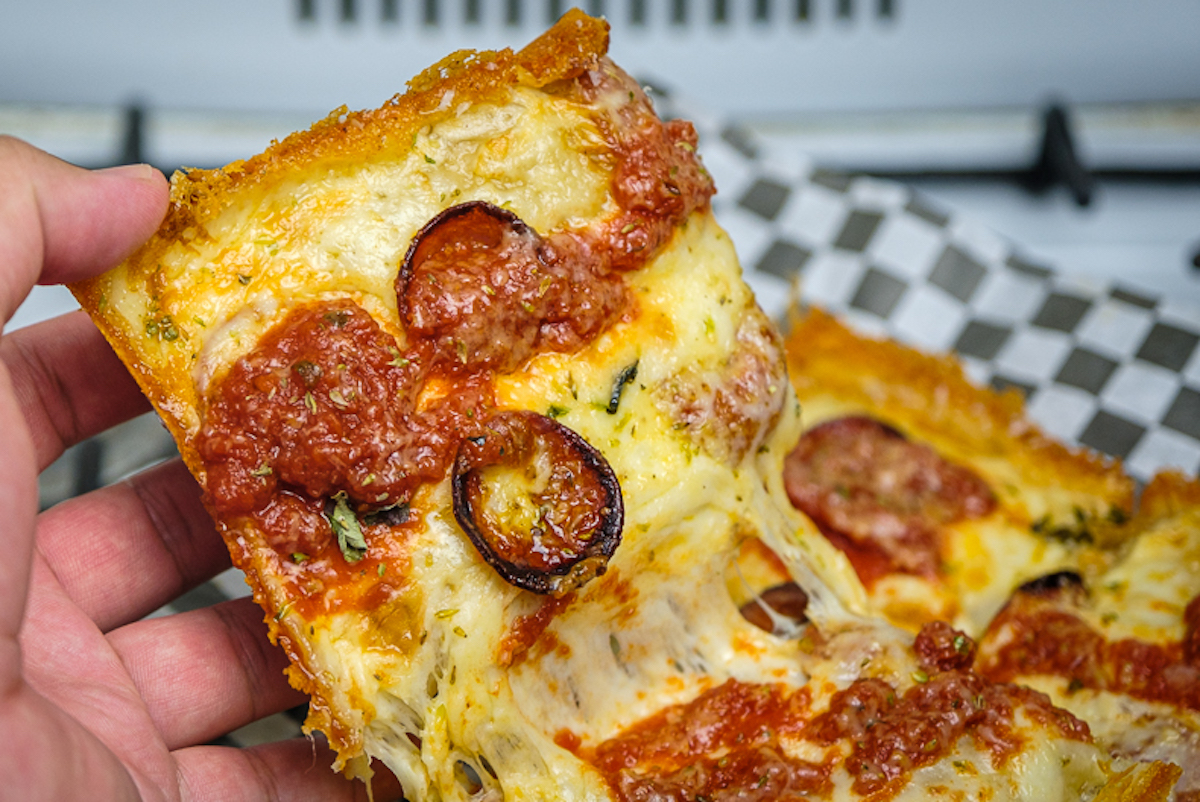 Detroit-style pizza traces its origins to Motor City, where blue steel automotive drip pans were repurposed into pizza sheets. The pillowy dough is proofed and par-baked in the pans before toppings like Wisconsin brick cheese, whole-milk mozzarella and premium Ezzo pepperoni are added. It’s then fired a second time in the scorching hot deck oven and finished with warm pizza sauce. The crispy cheese-laden edge pokes up like Bart Simpson’s spiky hair. This is by far its best attribute and a telltale sign that it’s a true Detroit-style pizza.

There are two on the menu, one with pepperoni ($21) and one without ($19). On opening night last Saturday, I ordered the pepperoni and picked it up curbside on Nu‘uanu Avenue. It’s significantly smaller than the Brooklyn pie, but it can still feed two people without leftovers because of its density. The bright side is each piece is a corner, so you get to enjoy that crunchy cheese edge twice. I expected a lot more pepperoni for the price; instead, it came with two slices per piece from what I could see. I suppose they are still working out the formula, but please be generous with that delicious ’roni!

SEE ALSO: You May Want to Eat at Chinatown’s New Burger Bar Daley on Frolic Hawai‘i 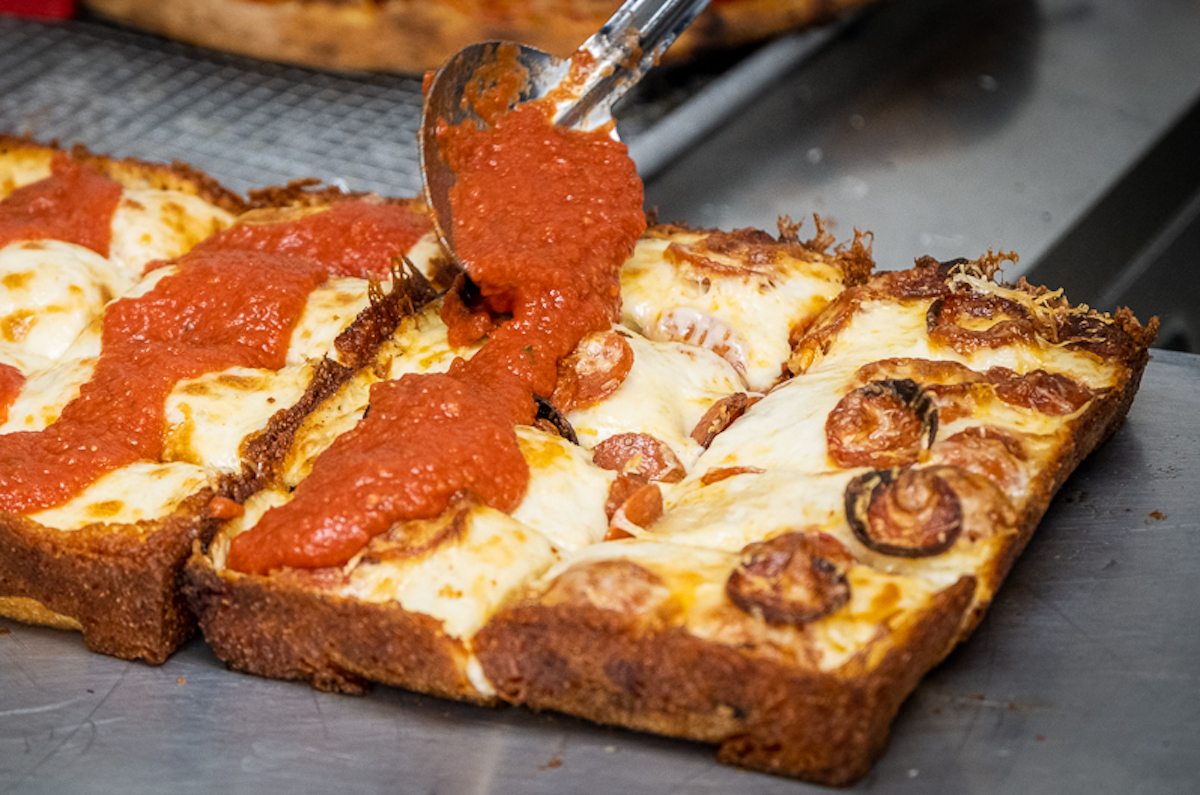 Pizza Mamo joins the roster of restaurants that pivoted in the face of the pandemic. Its predecessor, Brick Fire Tavern, was Hawai‘i’s first Vera Pizza Napoletana certified restaurant and built its reputation on having some of the best Neapolitan pizzas on O‘ahu. But given its tiny dining room, social distancing and capacity limits meant it wasn’t feasible to open at all. Takeout was not an option because Neapolitan pizzas don’t travel well—the joys of the puffy crust and fresh toppings are lost even five minutes out of the oven.

Owner Matthew Resich stepped back to ponder what he needed to do to stay in business, while simultaneously opening a second Brick Fire Tavern at Ninth and Wai‘alae avenues in Kaimukī. He teamed up with Chinatown neighbor Daniel Kaaialii of Encore Saloon and The Daley burger bar to create Pizza Mamo.

After crawling from one pizza shop to another in Brooklyn, they knew Brooklyn-style pizza could hold up to their standards for takeout and delivery. But it wasn’t as simple as changing the name on the door. Brick Fire’s custom Neapolitan brick oven had been sold and disassembled. So they installed a new specialty pizza oven from Europe that heats up to 932 degrees, expanded the kitchen space and removed the bar. The new slice shop is a total reboot with a shiny new operating system.

Detroit-style, Resich’s favorite, was added to the menu to offer something different. He also liked the city’s inspirational “rising from the ashes” story, something that Honolulu’s Chinatown and Brooklyn also have in common. To Resich, the message sets the tone for a better 2021. 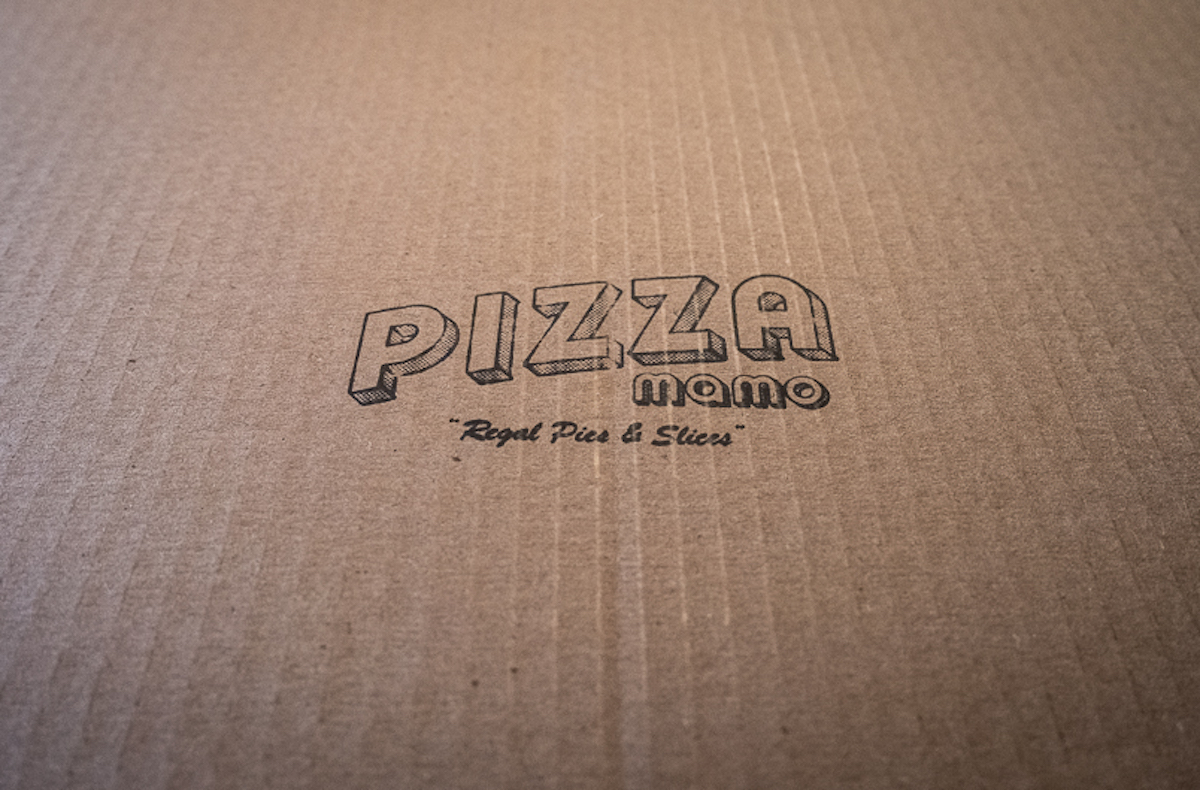 The primary meaning behind the shop’s name references the host culture’s regard for the mamo, an extinct bird whose yellow feathers were used to make the cloaks and headwear of Hawaiian royalty. Kaaialii and Resich wanted a regal name to reflect the sense of quality.

I’m happy that two of my favorite pizzas can be had fresh on O‘ahu AND under one roof. Watch me order both when I really can’t decide.