Grace Young, “the poet laureate of the wok,” gives money to Honolulu’s Chinatown to bring attention to its plight. 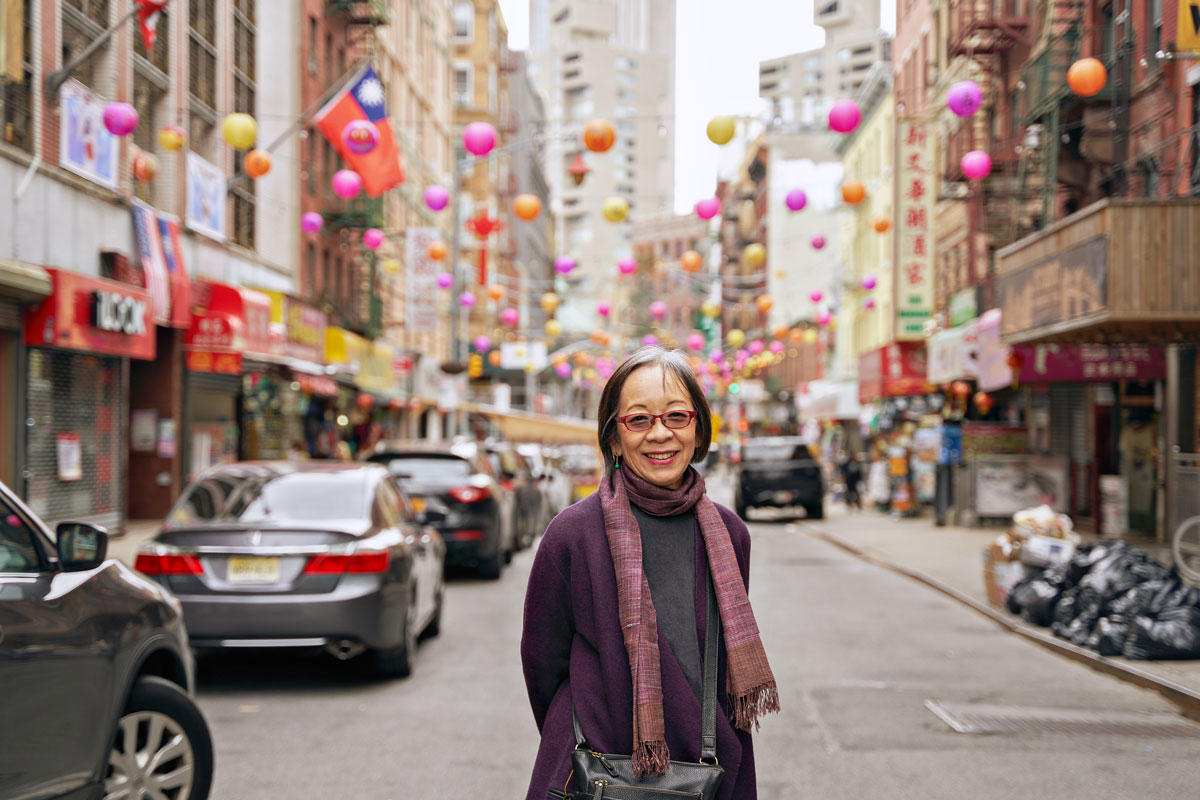 Grace Young wants to save Chinatowns across the country, including Honolulu’s, even though she’s never been. “Honolulu’s Chinatown is not on everyone’s radar when you think about Chinatowns in America,” says the culinary historian and cookbook author of The Wisdom of the Chinese Kitchen, The Breath of a Wok and Stir-Frying to the Sky’s Edge. At the beginning of 2020, the New York City resident watched in horror as longtime Chinatown businesses there crumpled under the pandemic and anti-Asian racism. She began documenting conversations with the community’s restaurant owners in the video series Coronavirus: Chinatown Stories. “These older businesses are really the heart and soul of the community and so important for the character of Chinatown,” she says. “They are links to our past and history. All Chinatowns are so important to America—they are living communities that tell the American immigrant story.” Her series was a rallying cry.

In 2022, she received the James Beard Foundation’s Humanitarian of the Year Award, and the Julia Child Foundation’s Julia Child Award. The latter came with $50,000 that she distributed to five Chinatowns: in Honolulu, New York, Boston, Oakland and San Francisco. The grant money will go to legacy restaurants in the respective cities, which Young defines as the oldest businesses in the neighborhoods. Young had learned about the hollowing out of Honolulu’s Chinatown, and the vandalism and crime in the community. “It’s suffering,” she says, and she wants to raise awareness. To assist with that, she tapped Chef Hui, a network of Hawai‘i cooks and food service providers that, since the beginning of the pandemic, has orchestrated efforts statewide to help locally owned restaurants feed their vulnerable communities. Chef Hui then partnered with Sing Cheong Yuan Bakery to distribute bentos that included manapua, pork hash, mochi rice and custard tarts. The effort was launched in November “as a reminder to give thanks to all of our legacy businesses who make our Chinatown so unique,” Chef Hui co-founder Amanda Corby Noguchi says. Other partner restaurants were still being finalized at press time.

SEE ALSO: Meet the Next Generation at Sing Cheong Yuan Bakery and Other Shops

Honolulu’s Chinatown is unique in that it meshes many ethnicities—in addition to the Chinese bakery Sing Cheong Yuan, its legacy restaurants include Phở Tô Châu and Murphy’s Bar and Grill. But it shares a thread with other Chinatowns across the country: “Charming and gritty—they are places that hold our memories and connect us to each other,” Young says. “And we really need to preserve and protect them.”