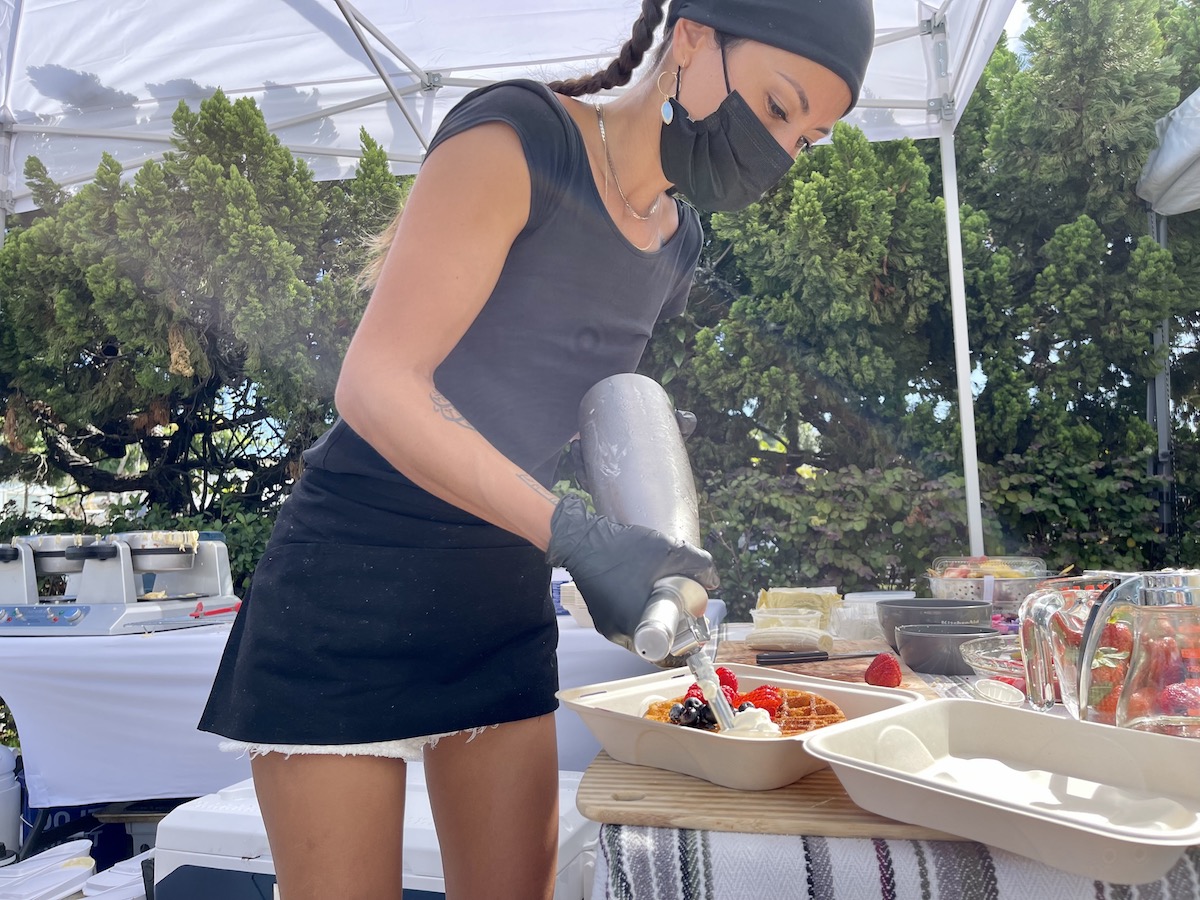 I’m back at the Sunday Kailua Farmers Market for a ceviche tostada and the ever-present hope of discovering something new. A lot of things look good, but nothing really compels. Then a slipstream of toasty butter pulls me in with its comforting smell. My pace quickens until I’m standing in front of ‘Aiwi Waffles. 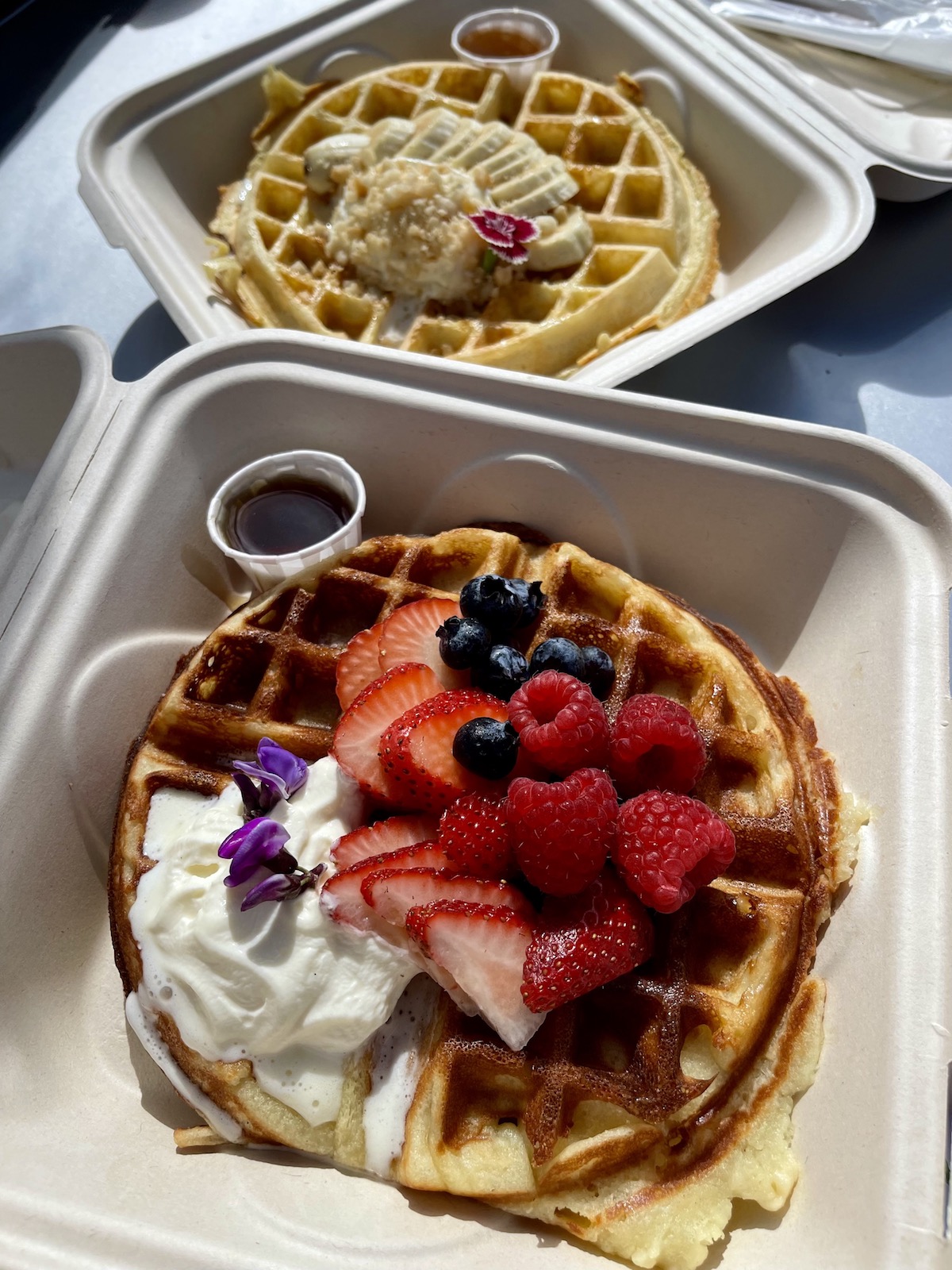 We spread out the waffles on the hood of my car and go to town. The mochi waffle is out of my dreams: crunchy on the outside and pillowy, stretchy and spongy on the inside. The waffle itself is not sweet but between the mochi flour and what sugar it does have, it has a layer of extra crunchy caramelization. The ripe berries on top bring pops of juicy tang, balanced nicely by a dunk in lightly sweet whipped cream. The maple syrup is not necessary, but fun to have. When I say this waffle hits the spot I mean I’m stomping my foot and making noises. The sourdough waffle is also tasty and definitely sour—I might like it better with the berry topping or even just maple syrup and whipped cream. It also has a nice toasted texture but for me lacks the depth of the mochi version, which ranks as one of the the best I’ve ever had. 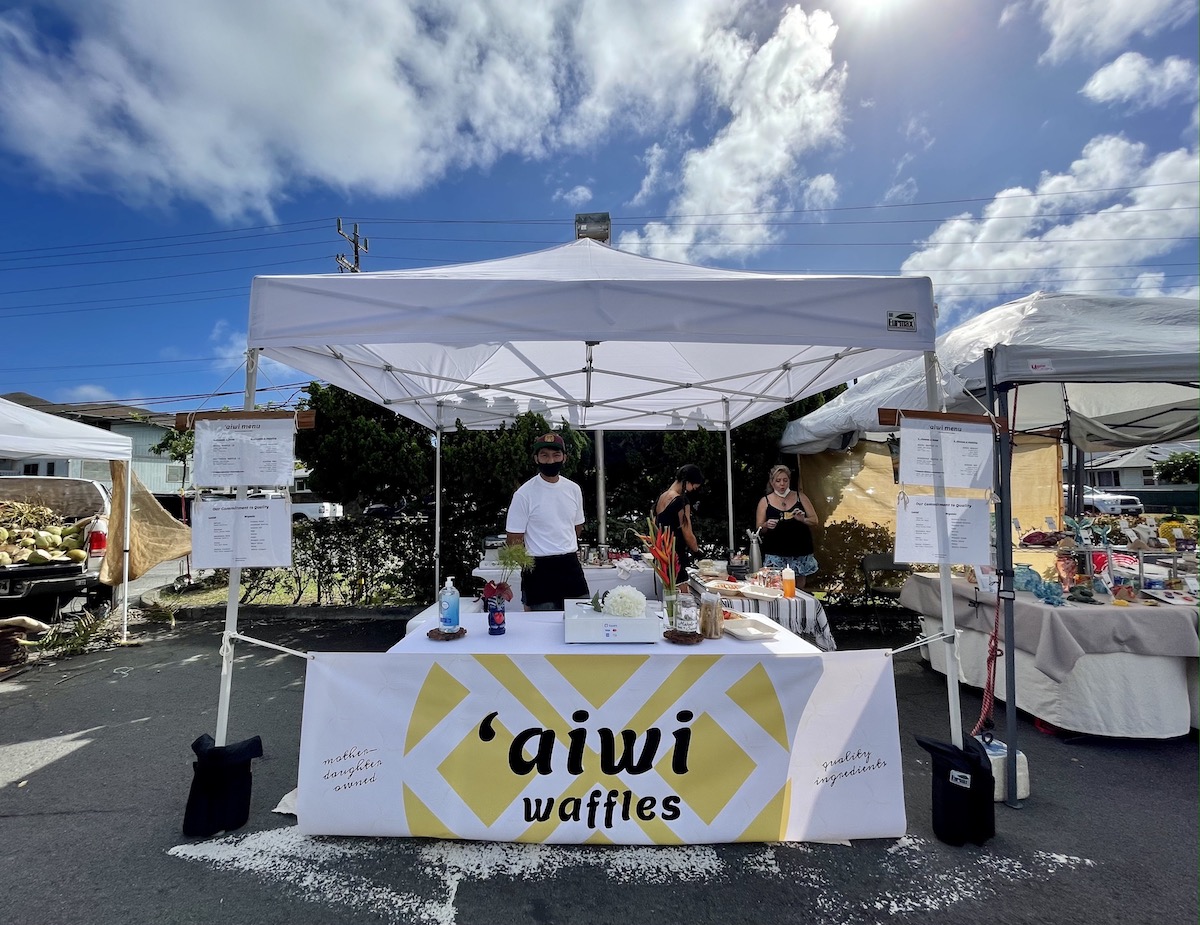 ‘Aiwi, it turns out, is a mother-daughter team. Ivy Vibar and Xi’an Kline debuted their waffles at the Saturday Kaka‘ako Farmers Market and Sunday Kailua Town Farmers Market this month. Their mochi waffle is gluten-free, made with rice flour; and the sourdough version uses ancient Einkorn wheat. From the looks of their menu ‘Aiwi also usually makes vegan mochi waffles, which is cool. I’ll definitely be back for my new weekend fix.