Where Are They Now? Restaurants from Ke‘eaumoku Street

Updates on seven that have found new homes since much of Koreamoku closed.

Nine months after a block of restaurants, bars and other businesses along Ke‘eaumoku Street closed to make way for new condos, at least seven eateries have reopened. The latest among them is Ireh Restaurant at Azure, which, like several others, remains in the same neighborhood. Others have scattered around the island—and that’s still part of the upside: They have resurrected, with largely the same menus that made them Koreamoku mainstays. We’re watching others working to reopen in coming months, so stay tuned.

Asahi Grill Ke‘eaumoku, affiliated with Kapi‘olani Coffee Shop in Waimalu and not with Asahi Grill on Ward Avenue (though all three are known for their oxtail soup) reopened in May in a standalone spot at the entrance of Kaimukī. The menu still spans eclectic local favorites from kalbi fried rice to hamburger steak, curry with tempura, chicken papaya soup, and that famous oxtail soup. 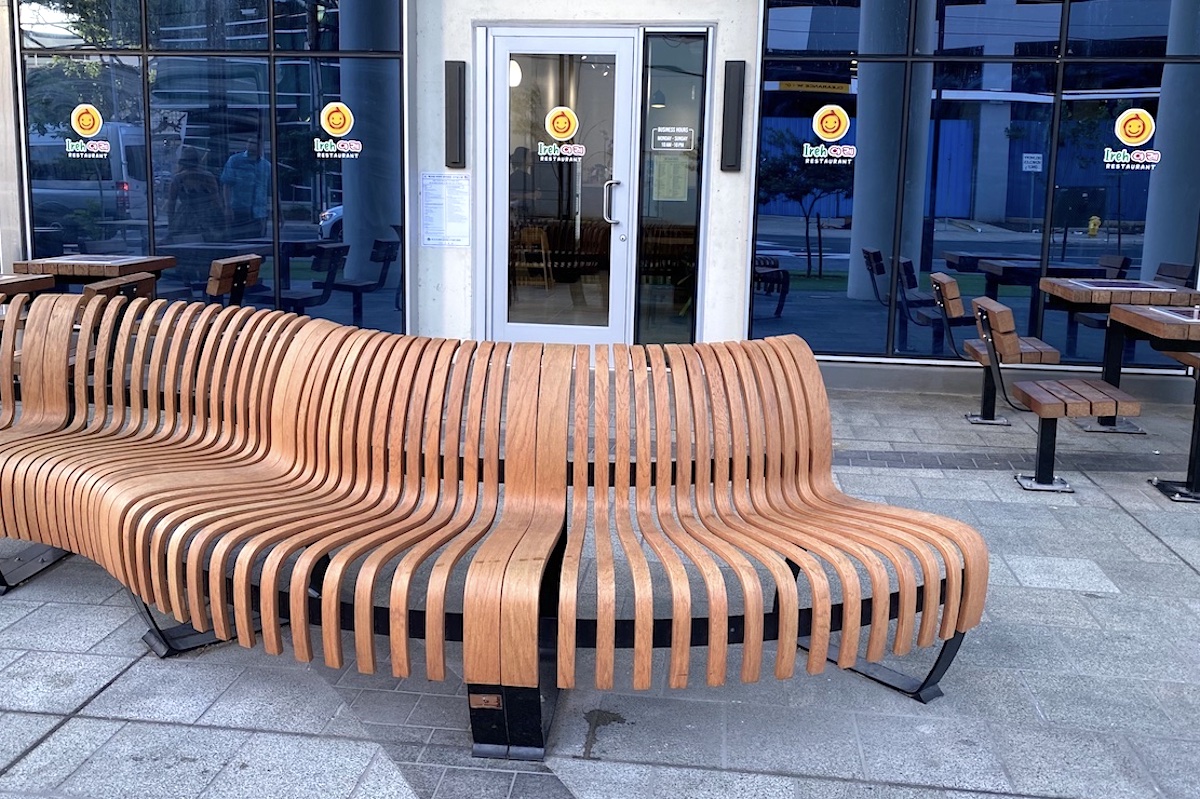 The cozy, homey eatery known for its Korean comfort food debuted its new location on the ground floor of the Azure Ala Moana condo building last week. You can still find spicy tteokbokki, healthy noodles and umpteen varieties of jook (think abalone, mushroom, beef and mushroom, black sesame and the popular, deeply green seafood chlorella) on the expanded menu, which includes new chicken dishes and even more jook. Parking is free on the third floor of the building; enter from Ke‘eaumoku Street, no validation required.

SEE ALSO: When Rice = Comfort Food: 6 Steaming Bowls from Around the World 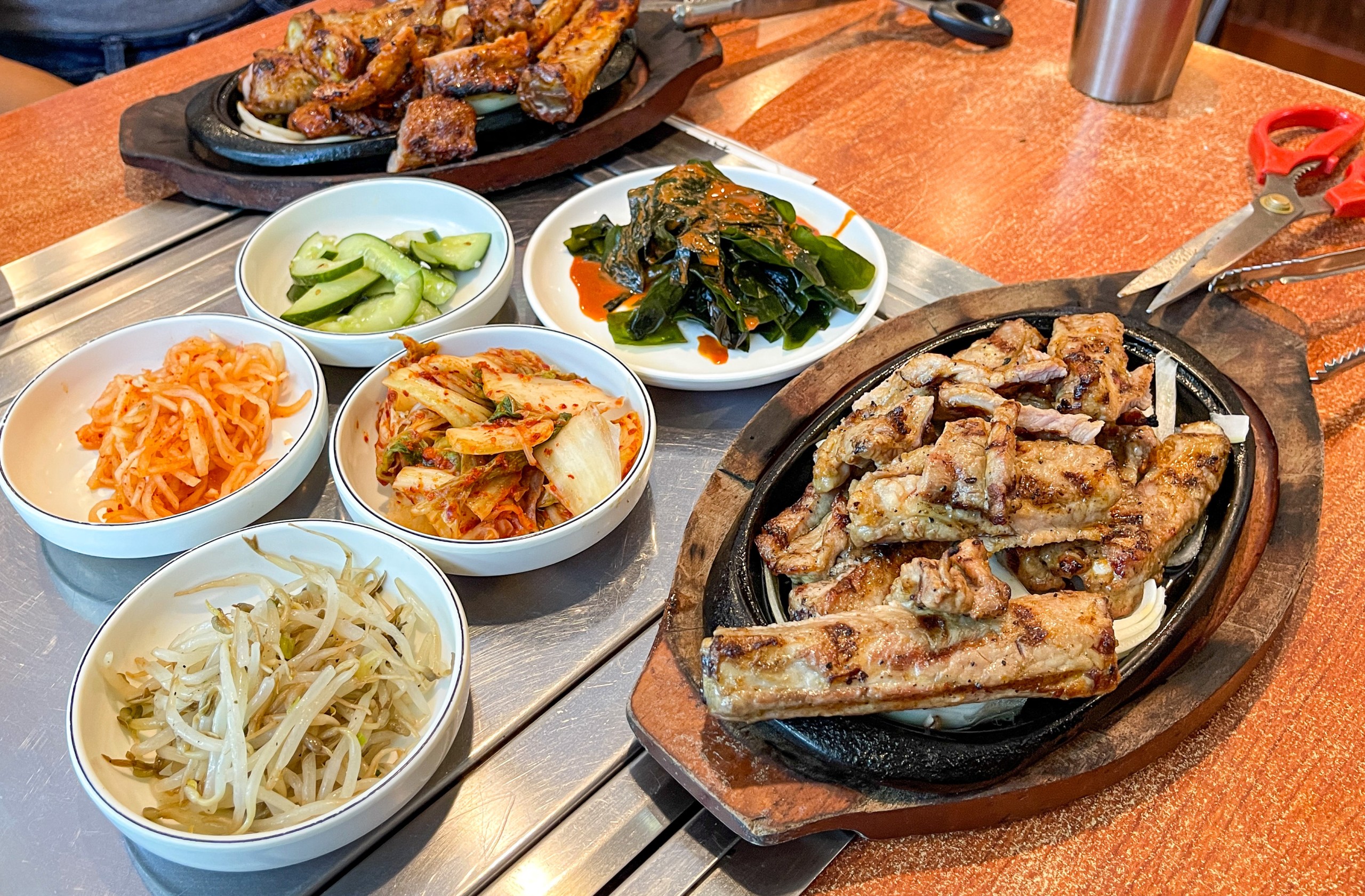 After a months-long closure, Koreamoku’s Don e Don reopened as a new iteration in the space formerly known as Hyung Jae or, informally, Brothers. New Hyung Je is the result, with tabletop grills and a menu of not just Korean barbecue standards, but Don e Don specialties at lunch as well. These include pork neck bone soup with perilla leaves and potatoes, and the famous pork ribs, seasoned with sea salt or sweetened kochujang. 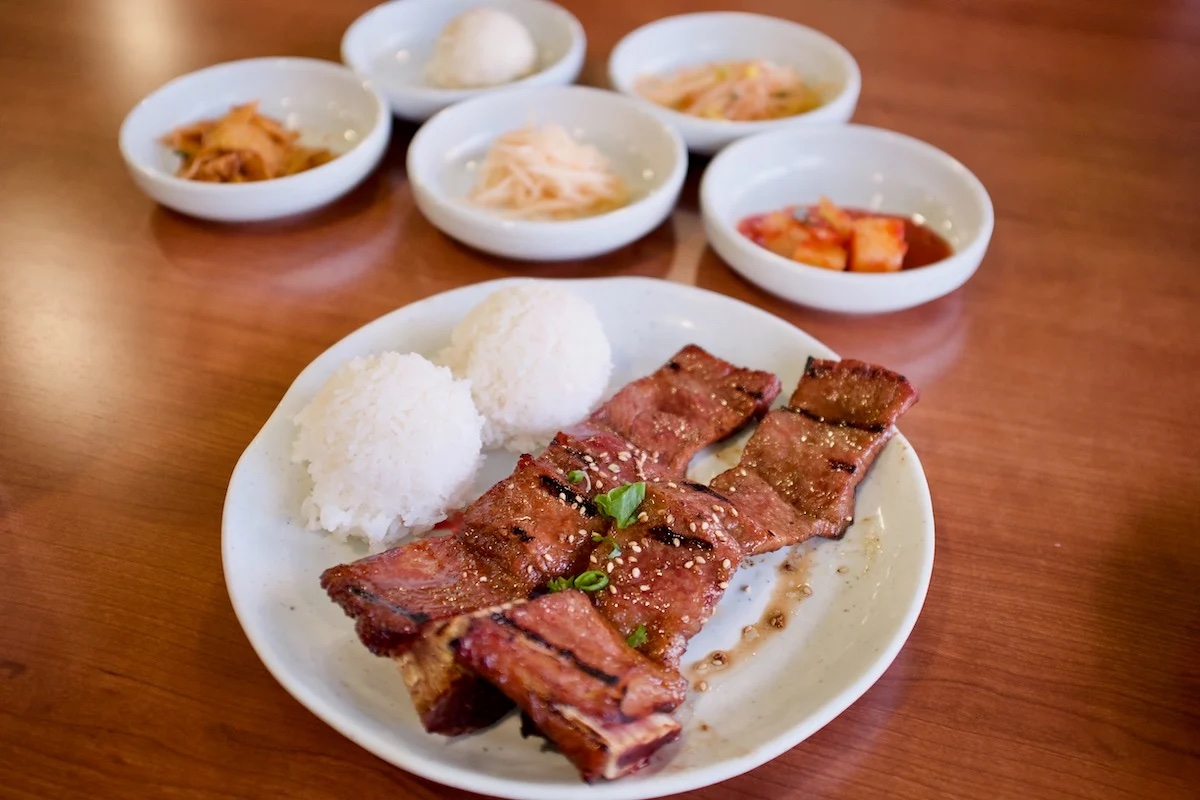 In a deft move, the neighborhood’s oldest and most iconic Korean restaurant reopened across the street and down the block from its original location just seven weeks after closing. Sorabol’s new home inside the Pagoda Hotel means the Pagoda Floating Restaurant has moved into the property’s ballrooms, where it serves breakfast; and that, unusually for a Korean restaurant, you’re eating kalbi, yukgaejang soup and steamed butterfish surrounded by windows—and the hotel’s colorful resident koi.

At Steve’s Chicks in Waipahu, the new name and new home of Koreamoku’s Chicken Factory, Korean fried chicken comes nine ways, including on a sea of cheese. The eatery bills itself as a “K-style family restaurant” and also features pork ribs, stews, seafood pancakes and other favorites. 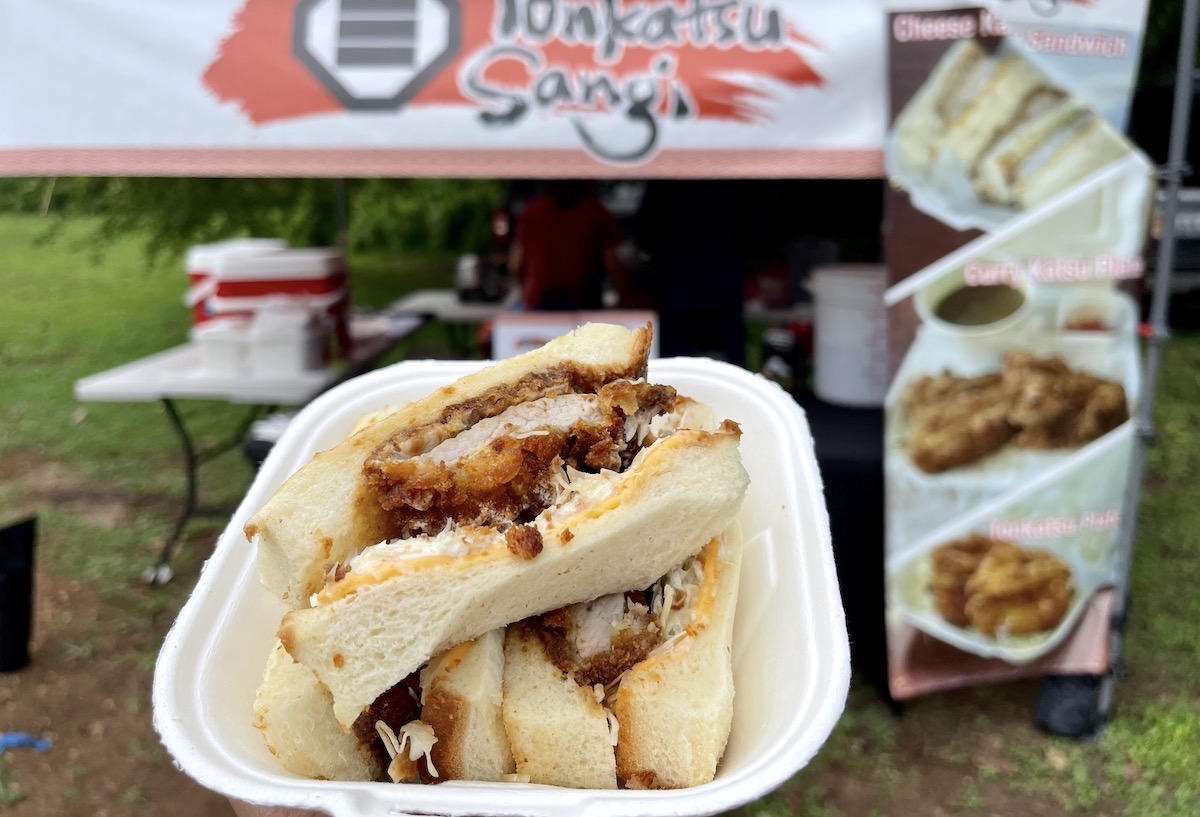 After a planned move to the Ward area fell through, former ramen specialist Menchanko Tei has reinvented itself in roving form as Tonkatsu Sangi, offering a menu of tonkatsu and tonkatsu sandos at weekly appearances at the Kaiser High School PTSA farmers market on Tuesdays, Kapilina Beach Homes in ‘Ewa Beach on Wednesdays and near the entrance of Bellows Air Force Base in Waimānalo on Sundays. Their Instagram has details, including word that they’re still looking for a permanent location.

The neighborhood’s trendy breakfast and brunch destination, an OG spot for vibrant purple ube pancakes, set up shop in the home of the old Like Like Drive Inn, just yards from its original location, mere weeks after closing. The new space is considerably larger but still fills up, with lines on weekends.