It’s on the same block as old Sorabol and it is lit—same menu and windows literally everywhere.

No restaurant at Ke‘eaumoku International Village (R.I.P.) was bigger or older than Sorabol. It ruled its corner from the mid-’90s, a holdover from an earlier age of family-oriented Korean eateries with huge menus. So when it closed Jan. 31 with all the other Ke‘eaumoku small businesses between Rycroft and Liona streets to make way for a condo project, there was plenty of anguish among its fans.

SEE ALSO: Jan. 31 Will Mark the End for a Whole Block of Ke‘eaumoku Eateries. Here’s Where They’re Going

But not for long: Sorabol reopened last Friday, March 18, across the street on the same block in the old Pagoda Floating Restaurant space. 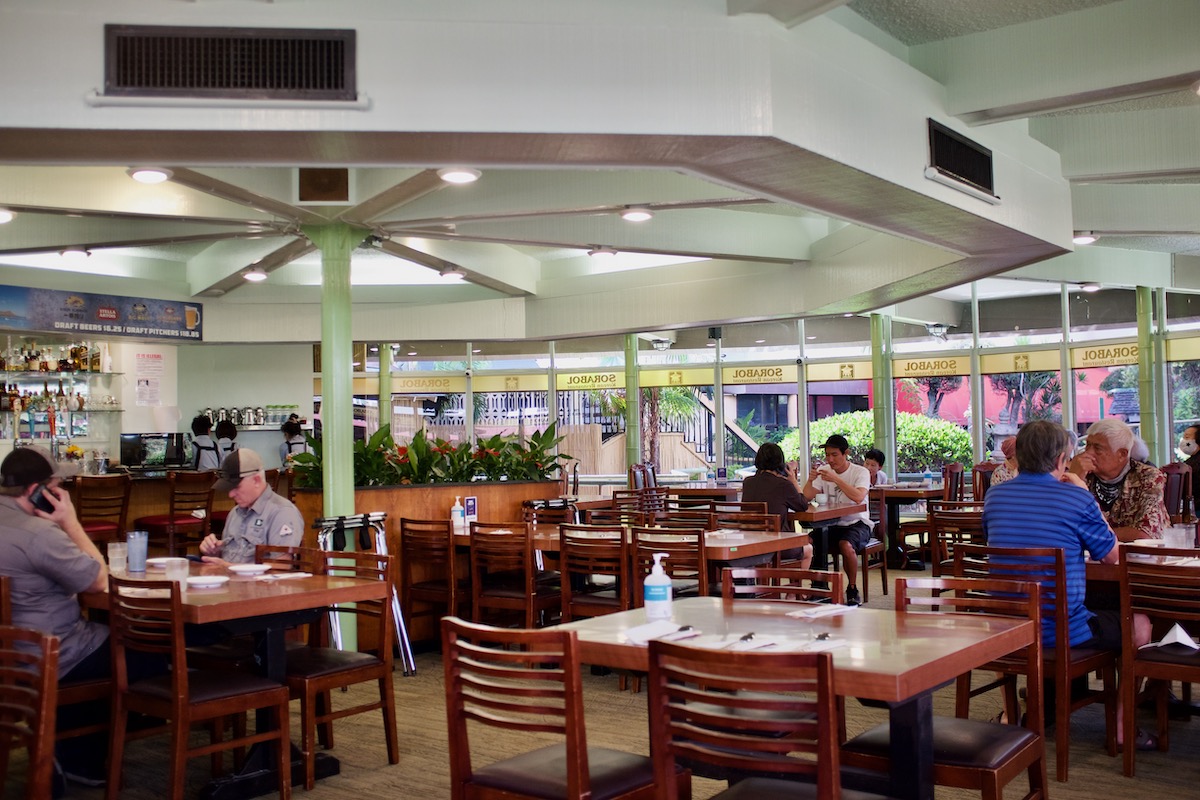 New Sorabol is all windows with a nearly 360-degree view of koi ponds, gardens and open sky. It’s all table seating, no booths, but the number of seats is about the same. The food? Same menu, minus tabletop grilling for now. That’s coming in a separate room just off the main dining room, which means you can still order kalbi and other meats, but they’re being grilled in the kitchen. And there’s already a liquor license and a full bar. 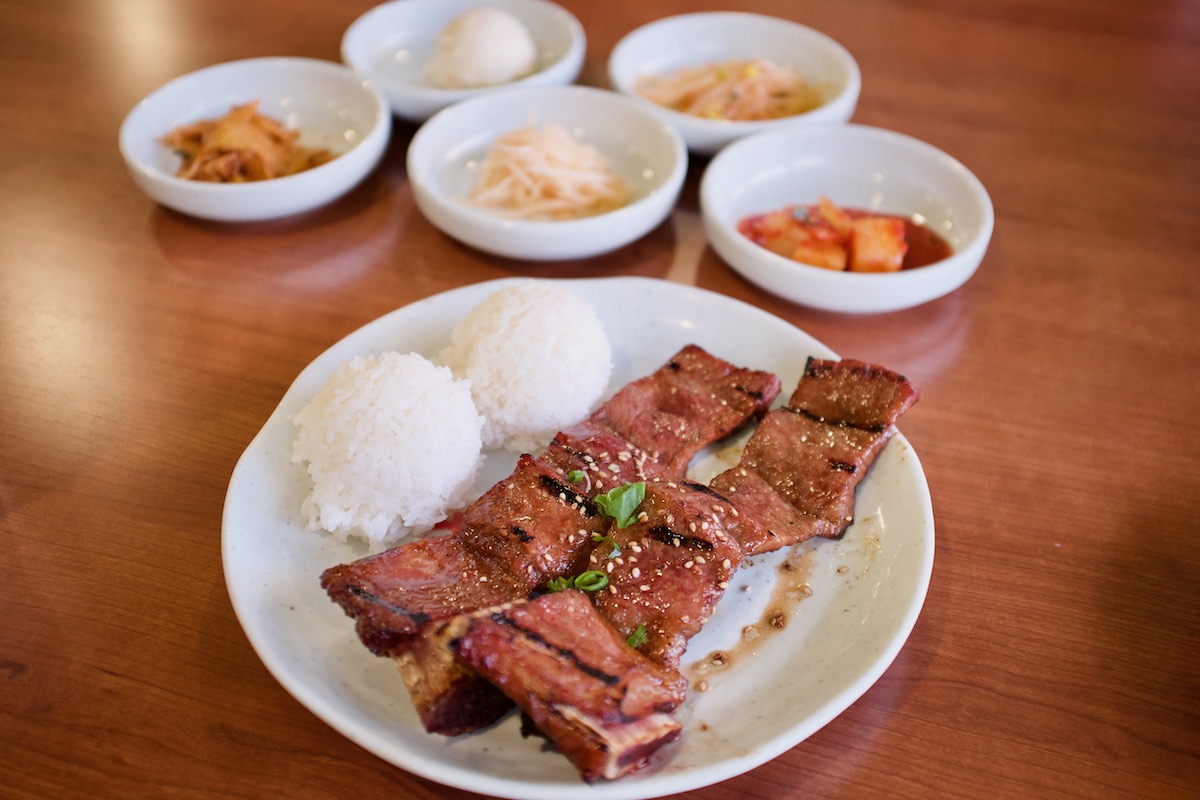 After eating at windowless Sorabol all these years, digging into a kalbi plate and banchan in natural light seems weird at first—but not for long. It’s fun to walk the pathways over the koi ponds, counting the turtles and non-koi swimming amid the orange and gold undulations. (We forgot to ask what happened to the big arowana dragon fish that lived in its own tank by old Sorabol’s entrance.) 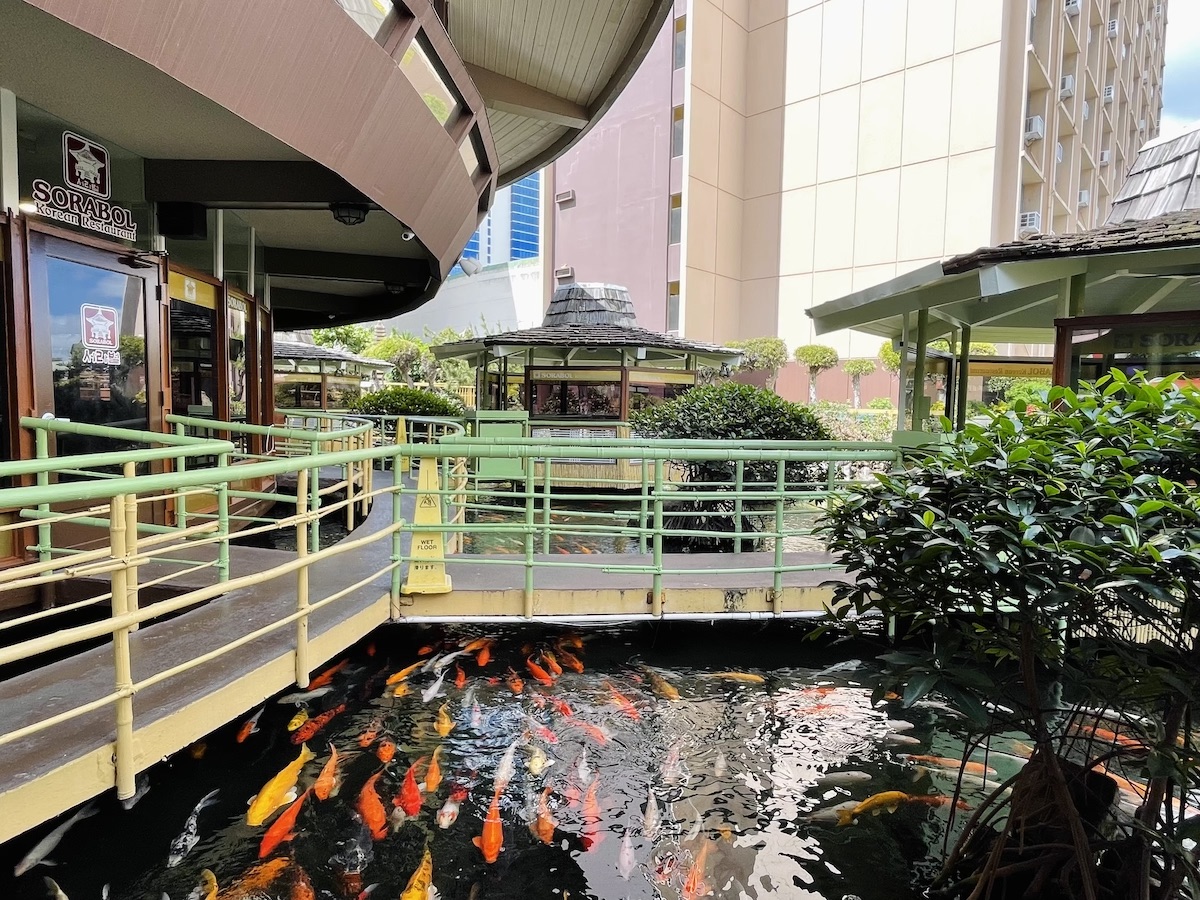 Pagoda Restaurant’s floating pavilions are also part of new Sorabol. (Pagoda still serves breakfast seven days a week in the hotel’s ballroom.) Round tables in each pavilion seat up to 10 people and need to be reserved, we’re told. As for parking, your options are valet parking in Pagoda’s two-level structure or metered street parking nearby.

Welcome back, Sorabol. This is the second Ke’eaumoku International Village eatery to reopen after Yogurstory, which soft-opened three weeks ago down the block in the space that housed Like Like Drive Inn. We love the good news coming from this neighborhood.