Because the fluffiest doughnuts in town are Little Vessels Donut Co.’s vegan squares. 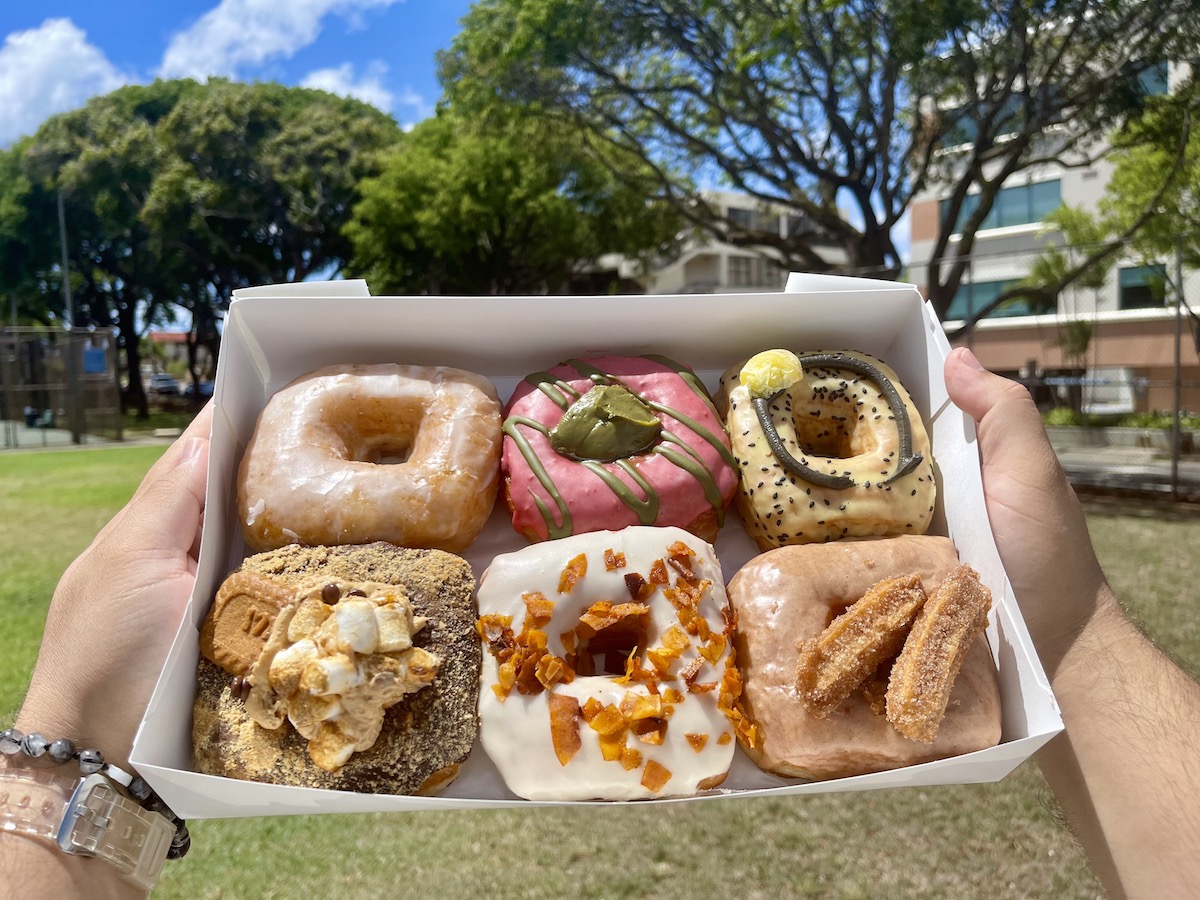 The past year and a half of life during a global pandemic has meant upheaval for restaurants, but there have been bright sides. Among them: a moment of pause for furloughed employees in a whirlwind industry, which has led many to reevaluate why they’re in it. The result is often new and tasty options available through online channels.

Sachi Maclachlan, furloughed from her job as a server at a Honolulu restaurant, realized her joy lay in creating delicious things. That led to the launch of Little Vessels Donut Co., an online business selling vegan yeasted doughnuts with lavish glazes and toppings that range from miso furikake to dragonfruit and blood orange. Debuted on Instagram a year ago, the doughnuts sell out every week, and fans share tips on how to score a preorder when the weekly ordering window opens (saving your payment info and refreshing the order page as soon as the clock strikes 10 a.m. are key). After several unsuccessful attempts, I ended up getting my $22 boxed flight through a back channel: Maclachlan and I worked together at Beet Box Café years ago and she set aside an order for me. 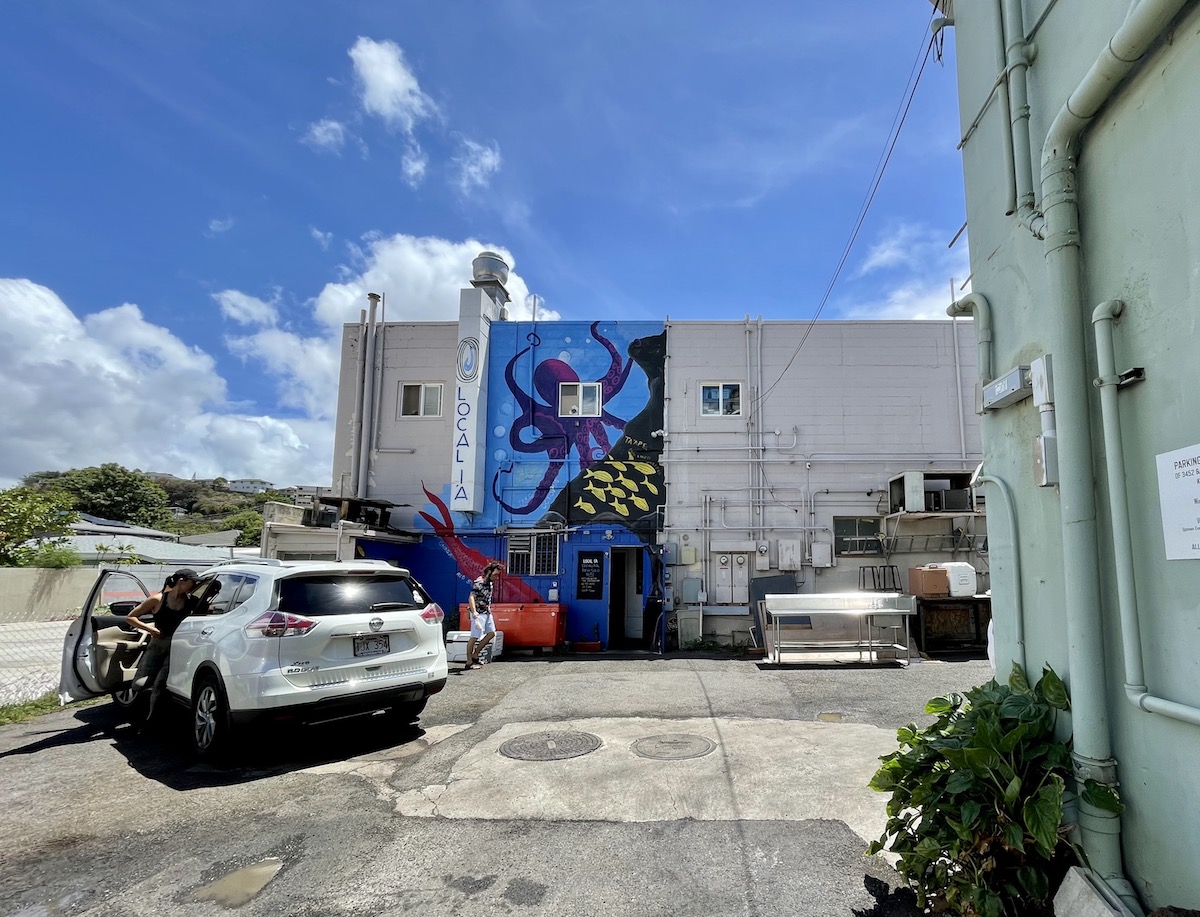 The doughnuts come in flights of six, either one of each of flavor (the list is released on Instagram every Wednesday morning), or you can customize your order. Pickup is Saturday or Sunday in the parking lot behind Kaimukī Superette. 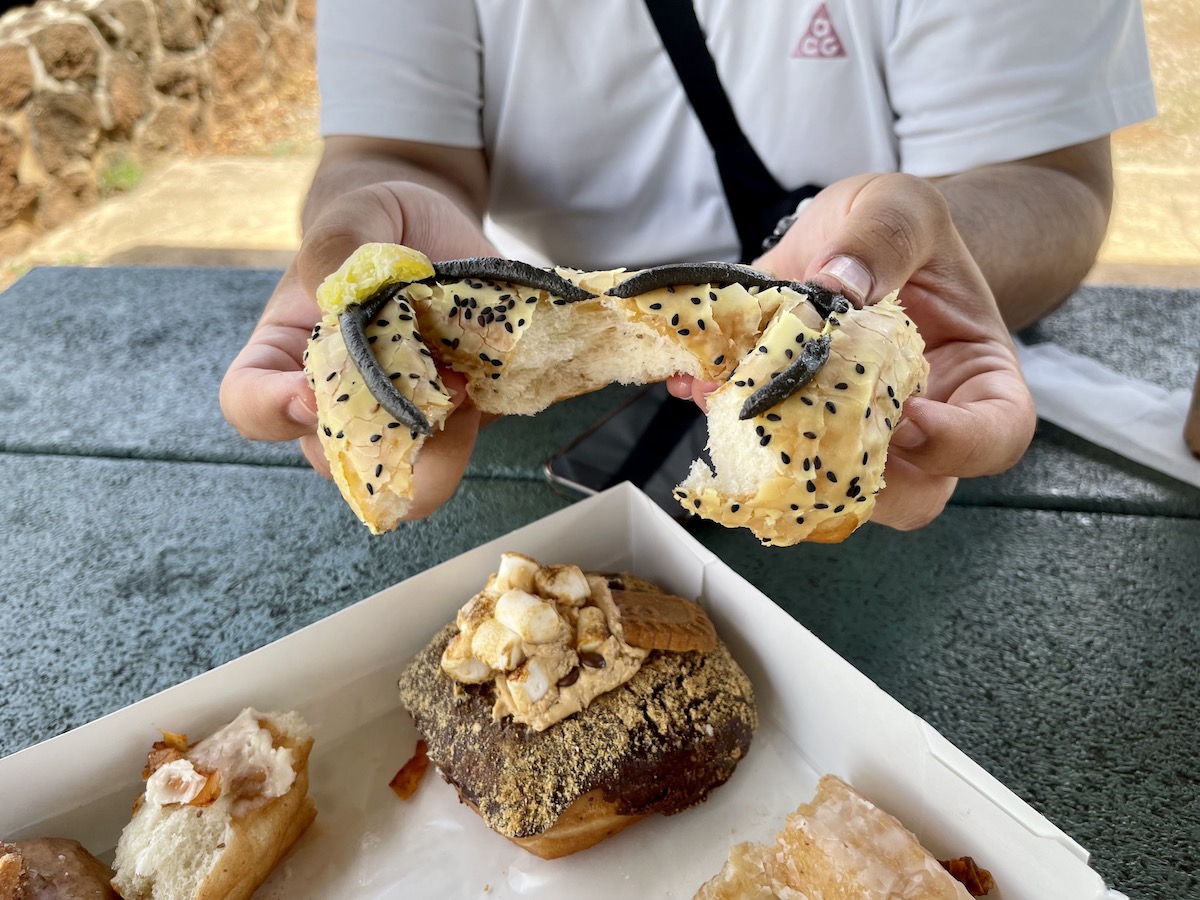 Because the doughnuts are square, the box has no unused real estate. It’s wall to wall with doughnuts of impressive height. There’s classic vanilla glaze, horchata (with a fresh fried churro on top), raspberry matcha, lemon black sesame, Biscoff s’mores and maple “bacon.” Some of the flavors are a bit much, the decadent toppings making them better on their own rather than part of a sugar-fest of a half-dozen doughnuts. As something of a doughnut purist, I’m dying to try the vanilla glazed. Other yeasted doughnuts seem heavy, whether from a heavy glaze, oil absorption or a bit of both. Taking a bite of this is like noshing on a sugary cloud—the dough has a great chew and is not oily at all. There’s just enough glaze to complement the fluffy dough, and golden brown corners add an extra texture. Inside are flecks of flax seed, an egg replacement that helps to create the chew that balances the airy structure.

The coconut bacon on the maple bacon doughnut is salty and savory; with the subtle maple glaze, this makes it my sleeper favorite. But the one I can’t stop eating is the lemon black sesame—its tangy lemon glaze layered with a piping of smooth and nutty neri goma literally makes me break out in dance. Little Vessels has the best yeasted doughnuts I’ve had on island, ever, with incredible texture and flavor combos that give you feelings. At $4 a doughnut, they’re comparable to other artisan doughnuts, but their size makes them a steal. 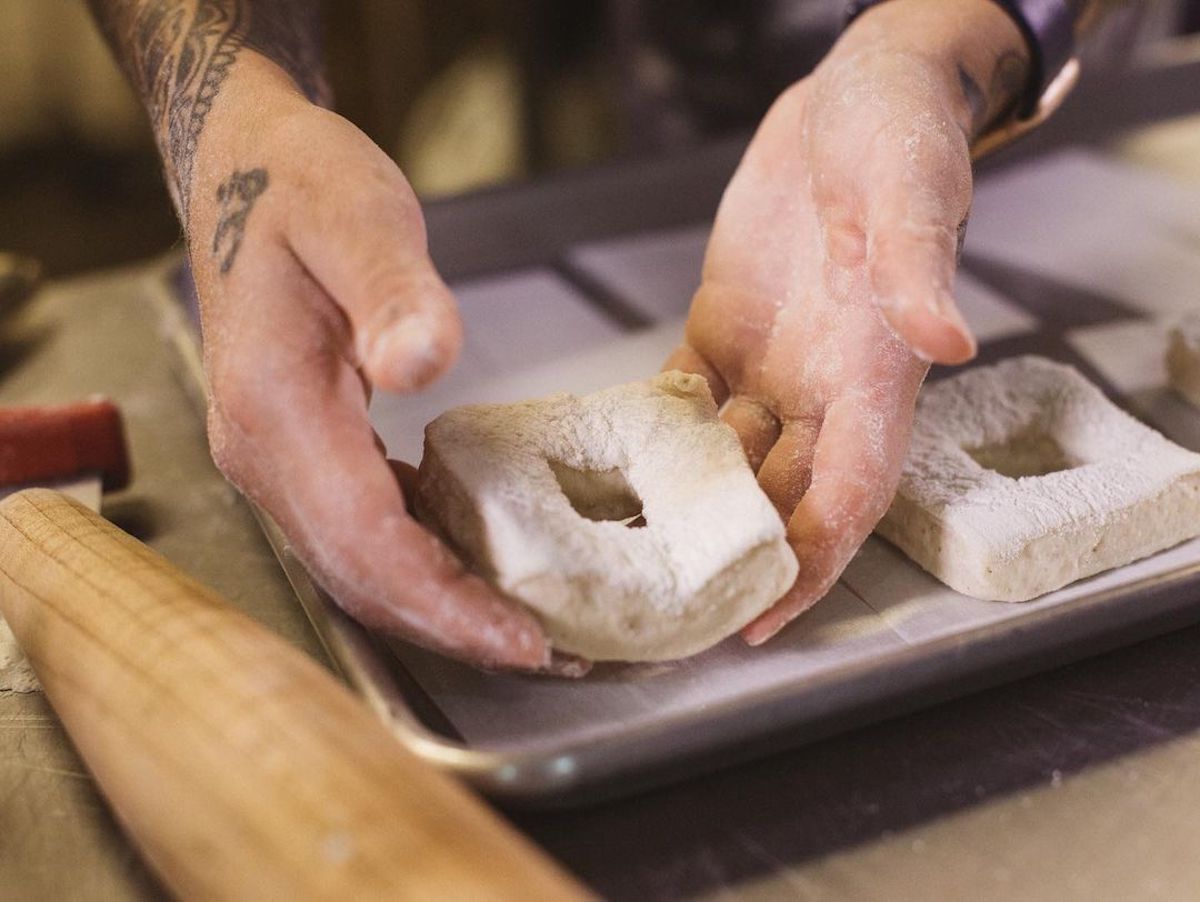 Maclachlan’s flavors are inspired by childhood memories or the first time she experienced a flavor. The square shape that Little Vessels is known for was a fluke: Maclachlan looked high and low for doughnut cutters but found only square ones at Williams Sonoma. What I really want to know is why yeasted doughnuts? Within the scope of plant-based goodies, a yeasted doughnut is not easy to make because it uses eggs as a binder. For Maclachlan, the answer is personal. During her years in New York City, her favorite treats were yeasted doughnuts from the vegan doughnut shops sprinkled throughout the city.

Maclachlan hopes her hand-crafted doughnuts will conjure up memories for those who seek them out. One day, she says, there will be a brick-and-mortar shop. In the meantime, you can see what filled doughnuts, fritters ($7), doughnut holes ($6) and other happy dance-inducing magic she and her team are conjuring up on Little Vessels’ Instagram.