Holey Grail Doughnuts Is Expanding with a 5-Month Pop-Up

Holey moley. Four months after Hanalei-based Holey Grail expanded to O‘ahu with a doughnut truck comes word of a brick-and-mortar pop-up shop, an eventual permanent location and plans for the truck to roam Waikīkī. To say the business is on a roll would be an understatement. Siblings Hana and Nile Dreiling started Holey Grail on Kaua‘i in 2018 and gained a cult following for their plant-based taro doughnuts. When they opened at Ward Village last fall, socially distanced lines snaked down the sidewalk for spendy $4 doughnuts made with locally sourced honey, chocolate, flowers and fruits. 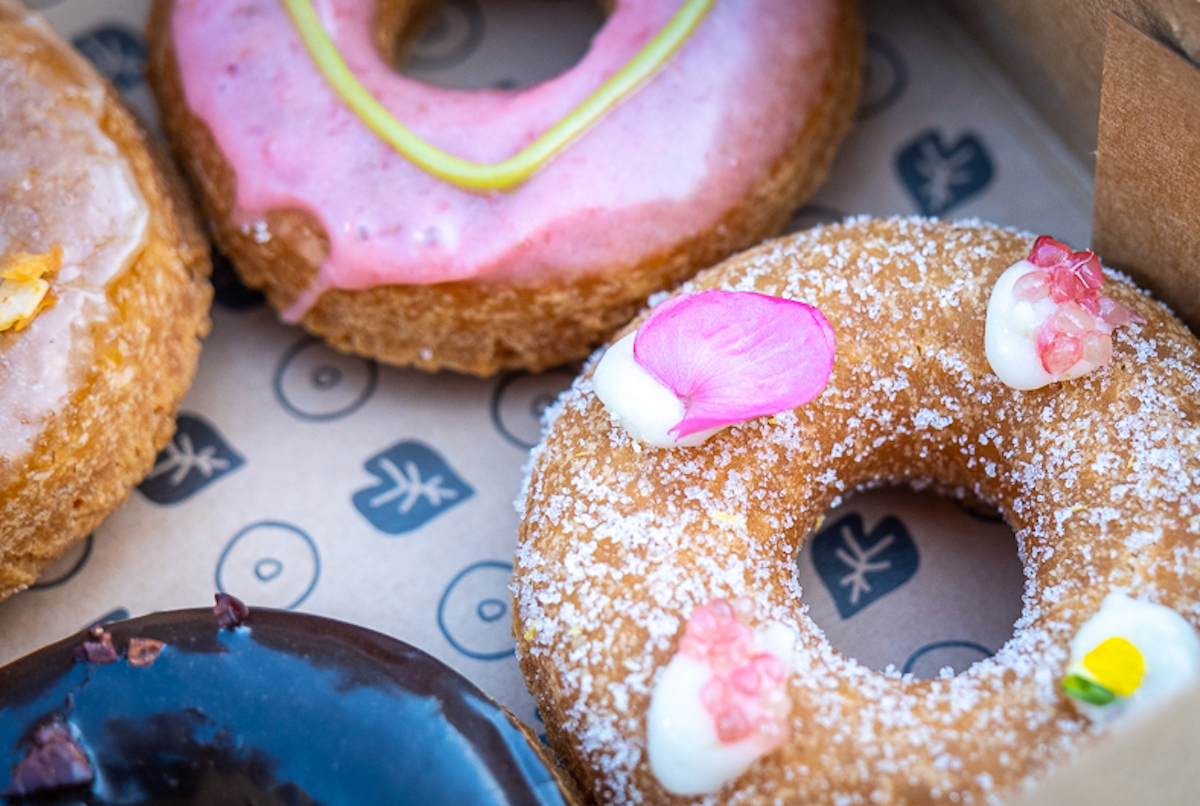 Now Holey Grail is starting the new year on a new note. Sometime in the next two weeks, according to Hana Dreiling, it’s launching a pop-up doughnut shop inside the former Pā‘ina Café space. Since this is Holey Grail’s commercial kitchen, the Dreilings figured it was ideal for their five-month pop-up. Afterward, the business will move into a permanent brick-and-mortar across Auahi Street in Ae‘o, the same building that houses Whole Foods Market and Rinka Japanese restaurant. 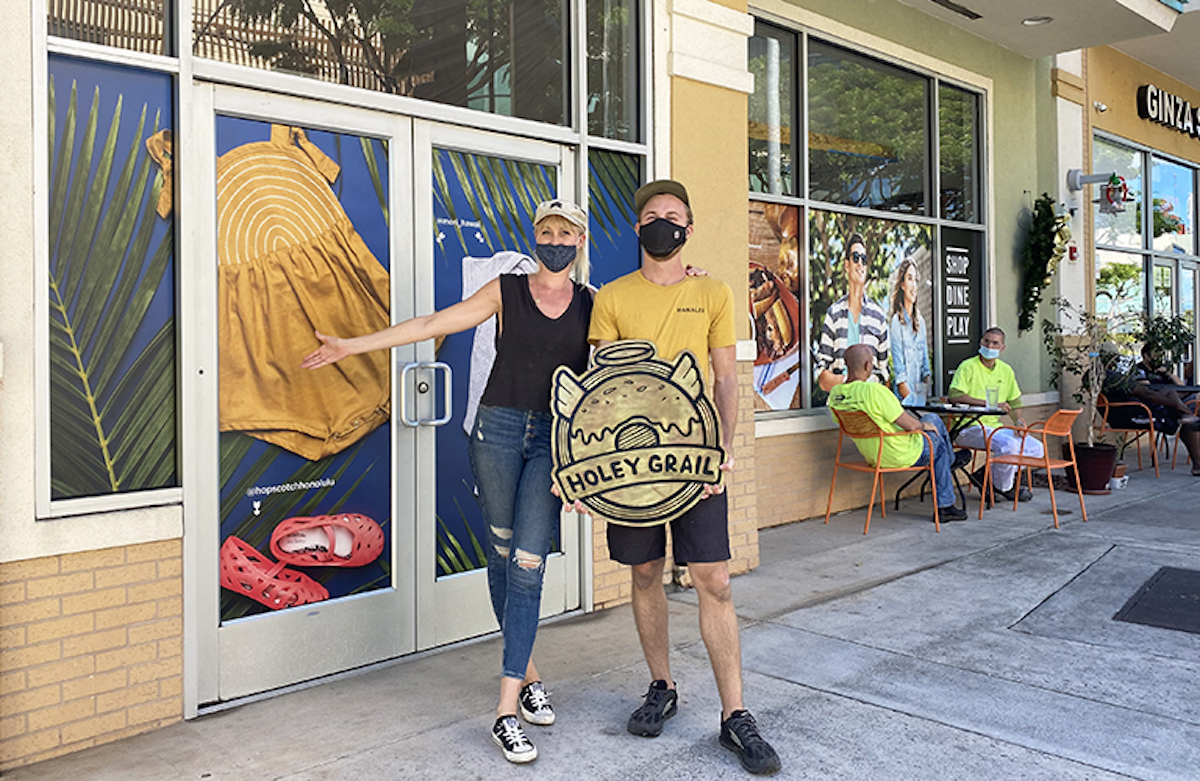 “We do a have a lease signed in Ae‘o, and we’re building that space from the ground up with custom everything,” says Hana Dreiling. “We want to show everybody what we’re doing. It’s hard to do that from inside a food truck sometimes.”

The pop-up’s open kitchen will let customers see dough prep and all the behind-the-scenes steps that go into making the doughnuts. Poi pounders may be at the grand opening, Hana says, since Holey Grail’s proprietary dough mix starts in a similar way to poi. The menu, which usually features five rotating doughnut flavors and the “Hot Single” with honey and sea salt, will expand to include more flavors. And Dreiling promises a “revolutionary doughnut hole.” 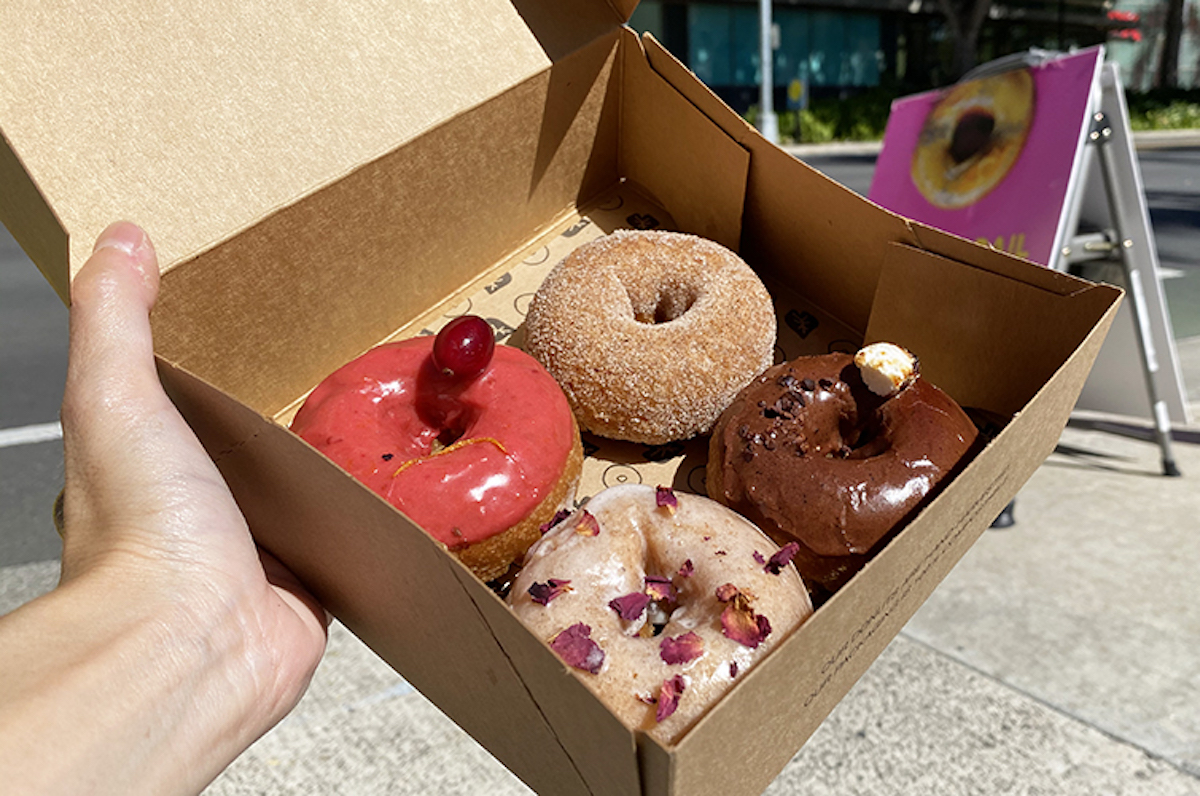 There will also be beverages beyond lattes and coffee on tap and limited indoor seating. Goldie, Holey Grail’s doughnut truck, will be roaming around Waikīkī. Stay tuned for more updates.