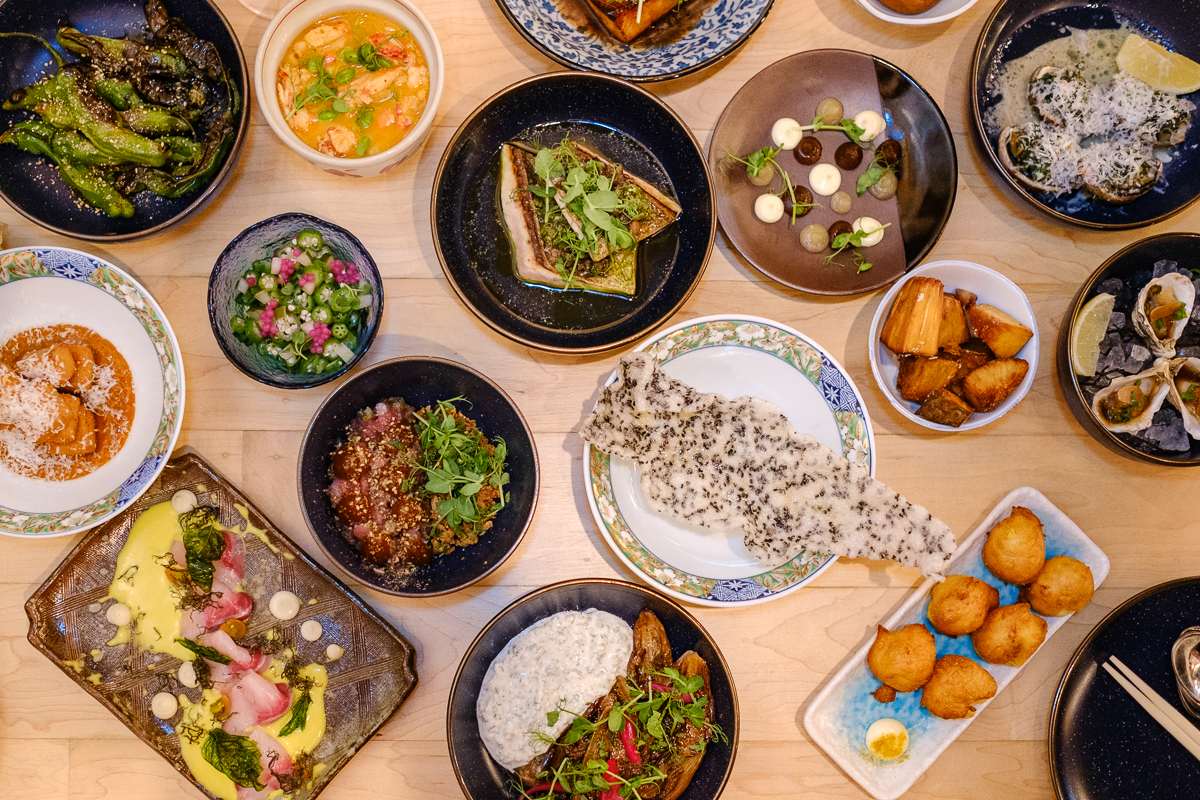 Based on brunch alone, I had already thought of Nami Kaze as one of the best new restaurants to open in Honolulu in years. With a menu of honey walnut shrimp and waffles, and so-called omelets that are really decadent chawanmushi topped with mentaiko or shrimp and chile crisp, chef-owner Jason Peel shows off a playful originality. And now, with dinner, the creativity continues to pour forth. 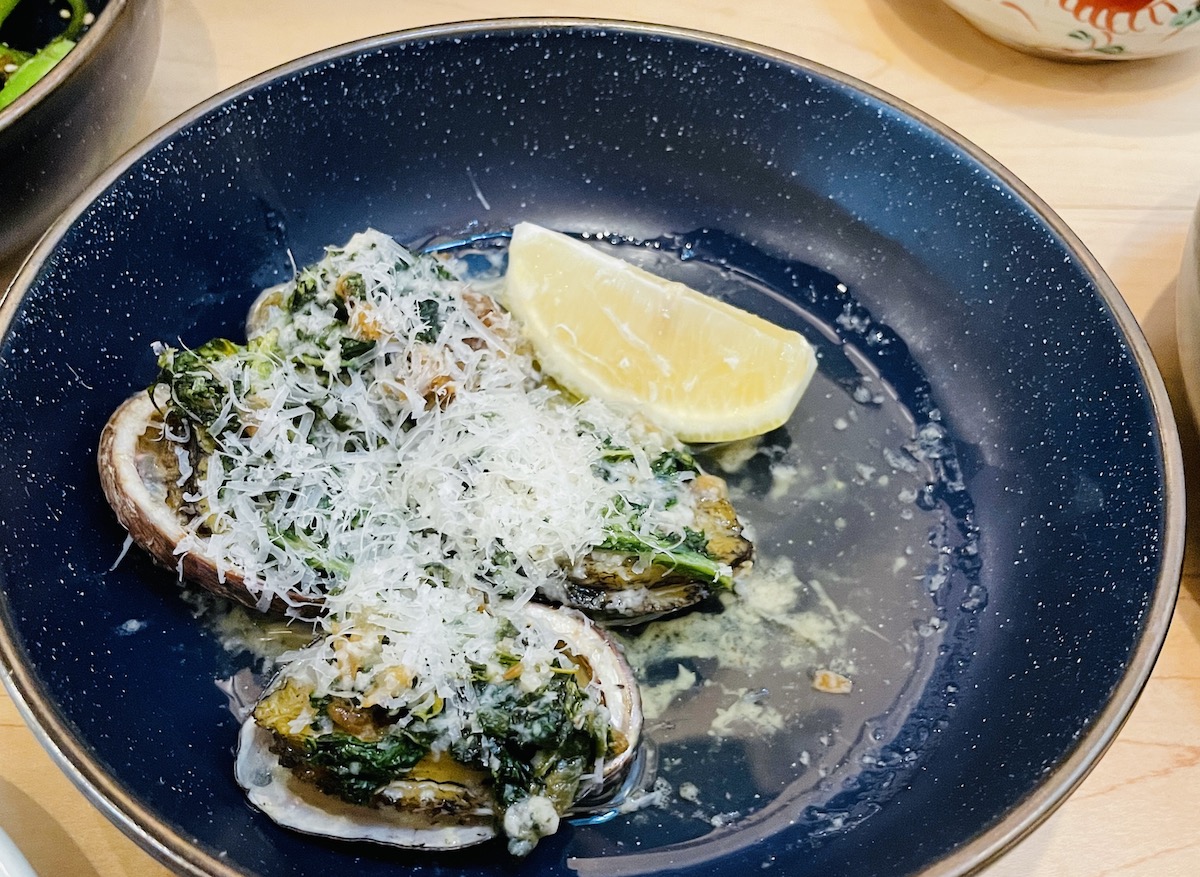 Dinner shifts into small plates, izakaya style. There are some obvious crowd pleasers, like the lobster chawanmushi for dinner ($17) and Kona abalone ($22) dressed up oysters Rockefeller style, doused in butter and topped with garlicky kale and a sprinkling of Sweet Land Farm’s goat cheese tomme. Put spendy items like lobster and abalone on anything, and people will go for it—though Peel shows much more care with these ingredients than many. But it’s his approach to often-overlooked produce that really shines. Take the cold-smoked tomatoes ($13) with Mrs. Cheng’s custardy tofu and a float of ume ponzu—ethereal, refreshing and comforting. Or the corn beignets ($9), puffs of air brought down to the earth with a dredging of Japanese curry salt and Kewpie mayo. 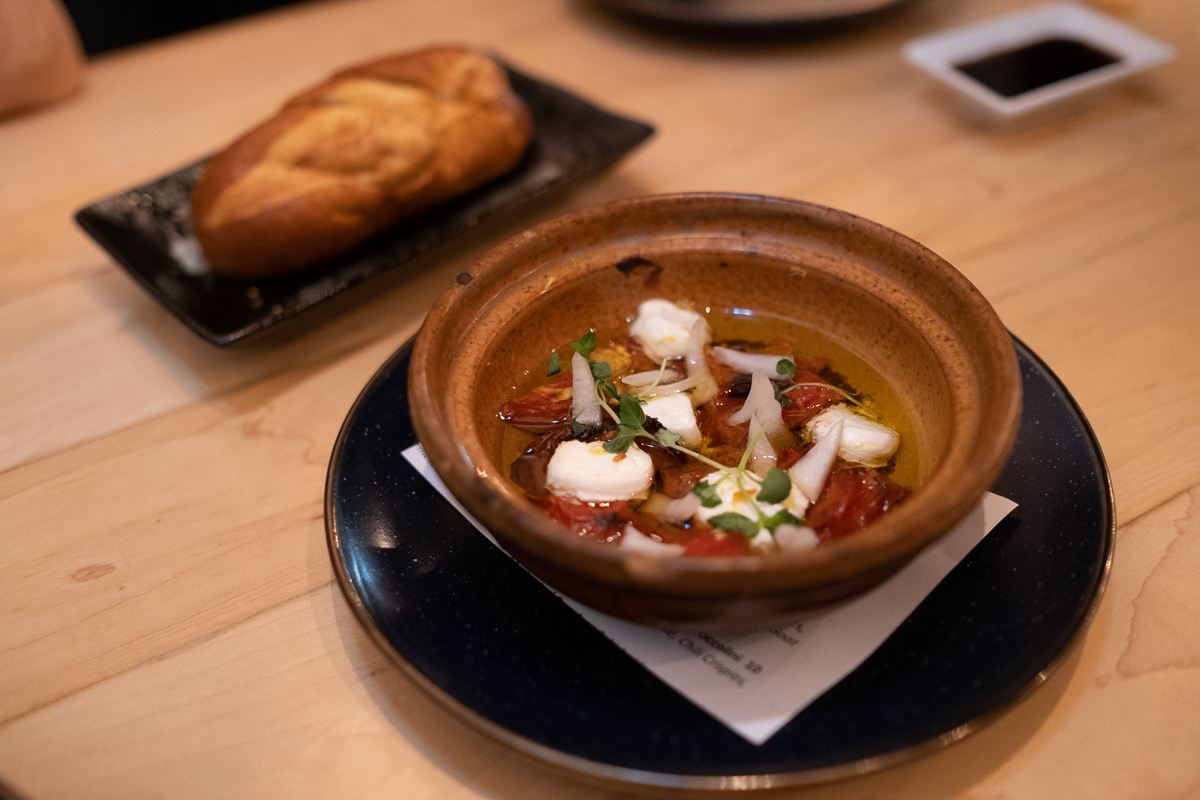 Peel devotes his menu to seafood and vegetables—that focus much too rare in Honolulu. Even rarer: two dishes of ‘ulu—that tricky thing. A chef recently lamented that too many people mistreat ‘ulu, thinking it simply as a potato substitute and not understanding its starchiness. Peel understands. For his ‘ulu tots ($10), he lightens the heavy starch so that they’re more like fried bites of ‘ulu mousse, and pairs them with his grandfather’s recipe for barbecue sauce. The ‘ulu patatas bravas ($9) treatment is more conventionally potato-like—wedges of it deep-fried—served with dots of Hawaiian chile pepper gel, Kewpie, and teri gel, the presentation a tad fussy, but on the other hand, I can’t think of a better way to evenly distribute the sauces for each bite. Nami Kaze constantly upends my ideas of what will work, and couldn’t we all use a little shakeup in ideas? 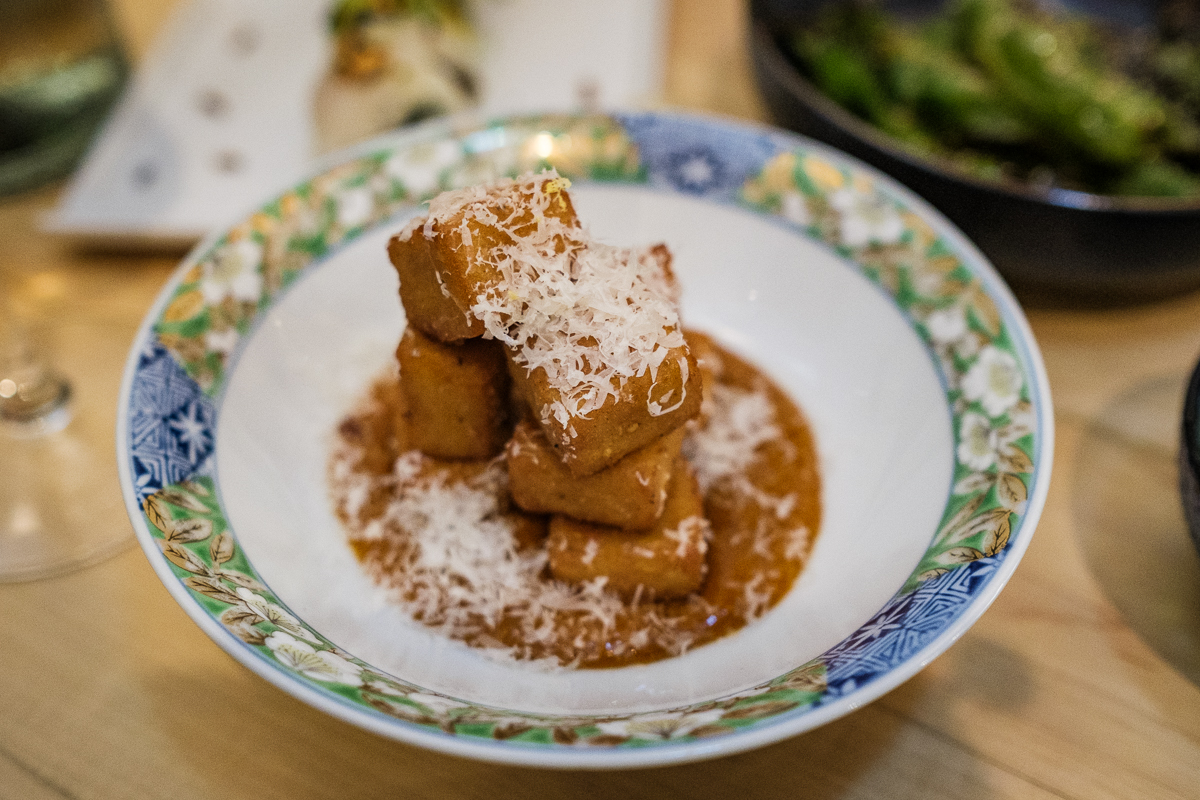 Like brunch, the dinner menu can feel overwhelming. It helps to just ignore the sushi side, which I find less strong. The wine list is a bit rote, but the sake is not. There’s sake on tap ($10), a Bushido Ginjo Genshu that’s uncomplicated and robust, making it an easy pairing for everything on the table (it was out on my second visit, which made dinner a touch less fun). The Fukuju Hyogo Junmai Ginjo ($20) is exceedingly pretty and delicate—lovely to drink on its own but it can get drowned out by the flavors on the table. 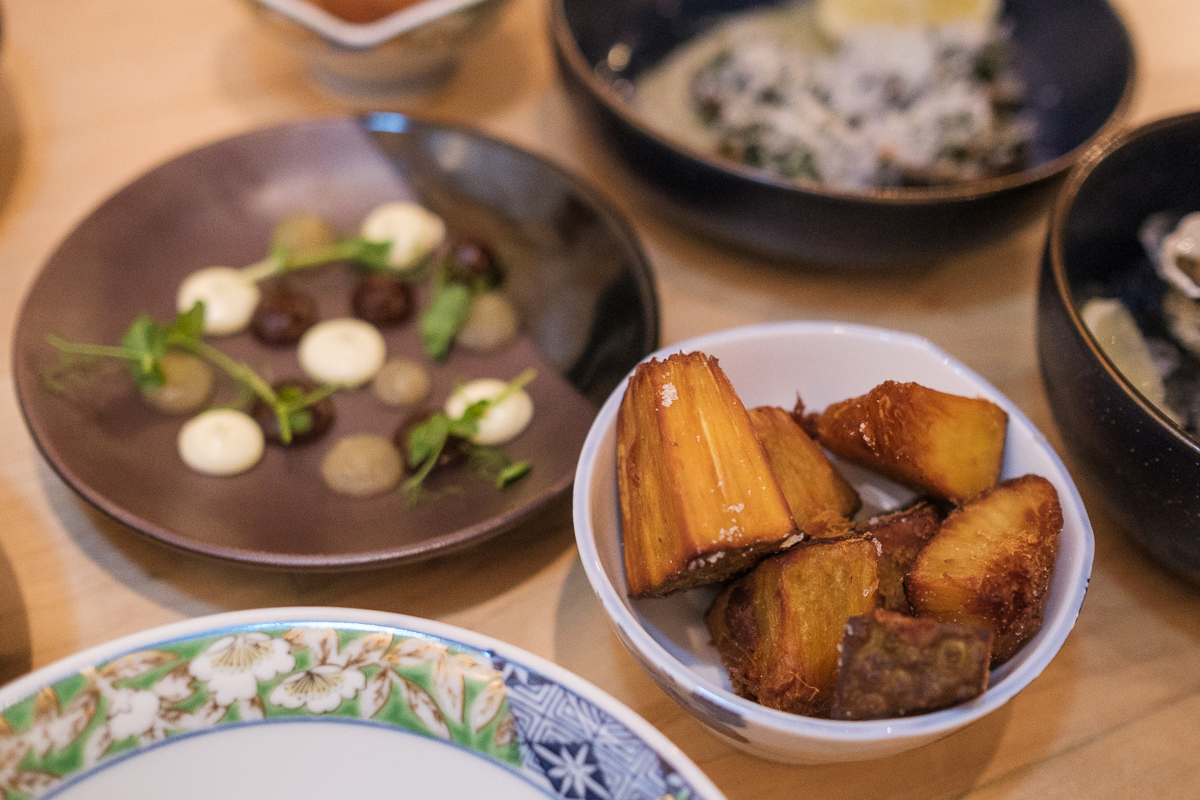 But to talk of more feels a little embarrassing, like complaining about diamond shoes that are too tight, when there is already so much on the menu to explore and delight in. Nami Kaze, as my colleague Mari Taketa says, “has brightened my world.”