Brunch is not as much a meal as it is an occasion. Whether we’re celebrating someone or we’re in dire need of life support in the form of food and booze (more often the case), we can always rely on a solid brunch to deliver what we need. Jason Peel’s Nami Kaze Izakaya & Sushi Bar does just that (save for the booze) and then some.

If brunch at an izakaya seems like an oxymoron, it’s the first dine-in service for Peel and his team, who soft-opened Nami Kaze in January with okazuya-themed bento boxes and poke bowls for takeout. The brunch menu, accessed exclusively via a laser-etched QR code on a wood plank, is extensive and reads enticingly well. Our brunch bunch had a difficult time deciding what we wanted to eat first. It might be best to order in rounds rather than all at once, because you’ll literally want to try everything. 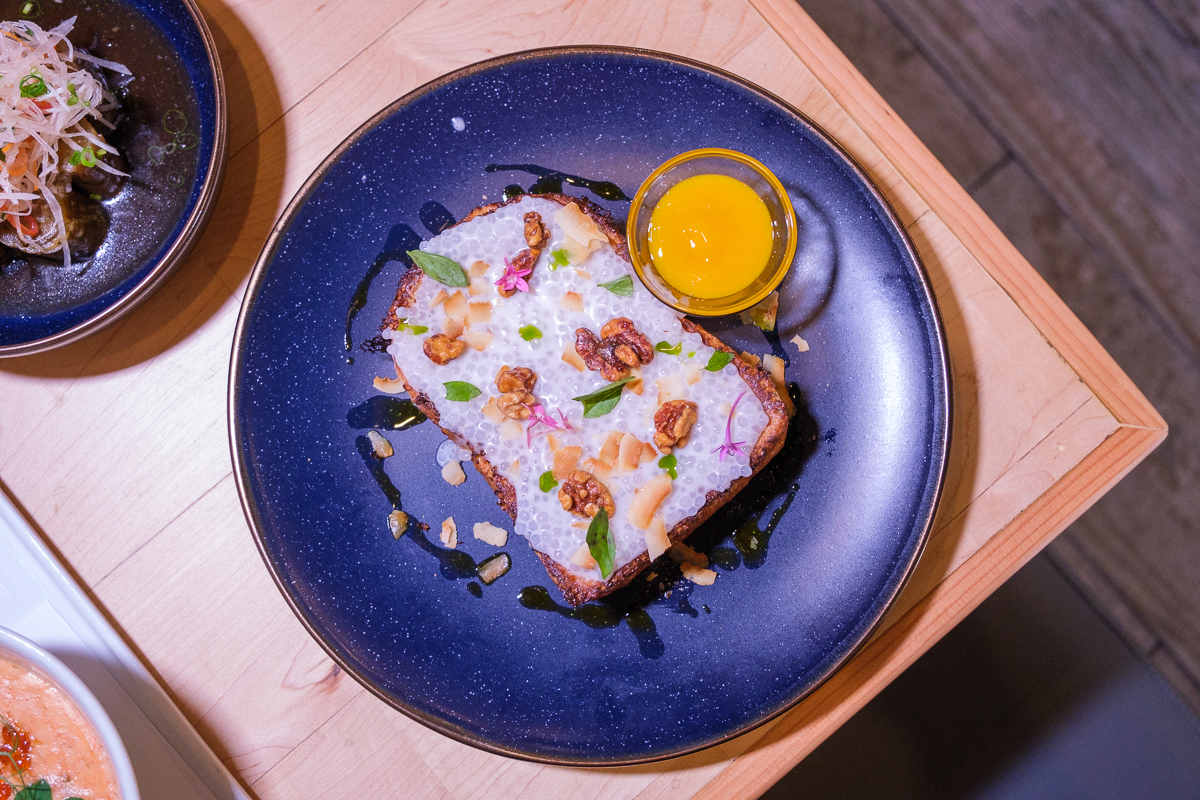 The extra-thick slab Custard French Toast ($18) had us at the vivid mango lime coulis and coconut tapioca. Buttery brioche-type bread made by Peel’s wife, pastry chef Beverly Luk, absorbs the custard in all of its tiny pockets. The top glistens with a texture wonderland of sago pearls, toasted coconut chips, edible flowers and candied nuts.

Honey Walnut Shrimp and Waffles ($22) bridges the gap between sweet and savory. The twice-baked brown butter waffle holds up to the morsels of crispy fried shrimp dressed with apple slices, candied walnut clusters and maple syrup. 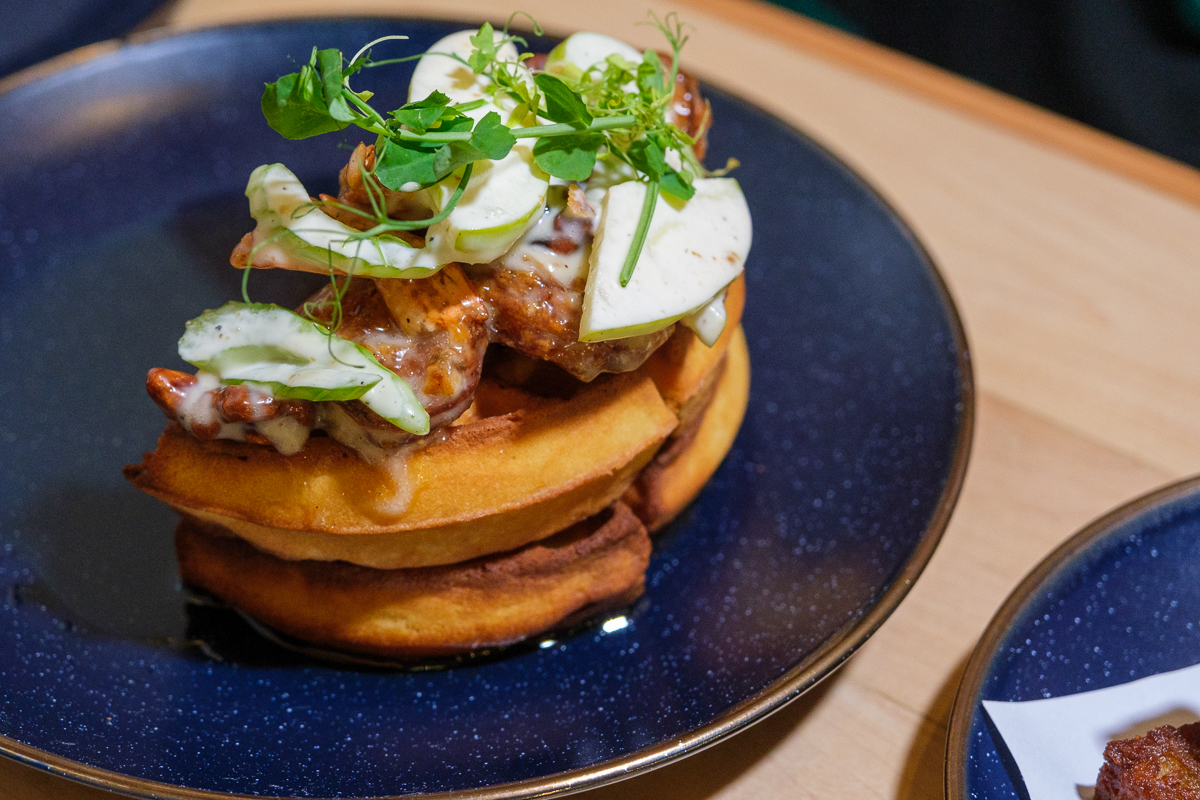 Omelets take the shape of Chinese-style steamed eggs served in bowls and topped rather than filled. We order the mentaiko ($22), which also includes tomatoes, soy-marinated ikura zuke, and parmesan. Other fillings include mushroom, shrimp with chile crisp, and mapo atsuage, or spicy deep-fried tofu. Dig through the layers of umami to a jiggly, eggy nirvana. Piled on grilled sourdough, these omelets make for a brilliant appetizer. 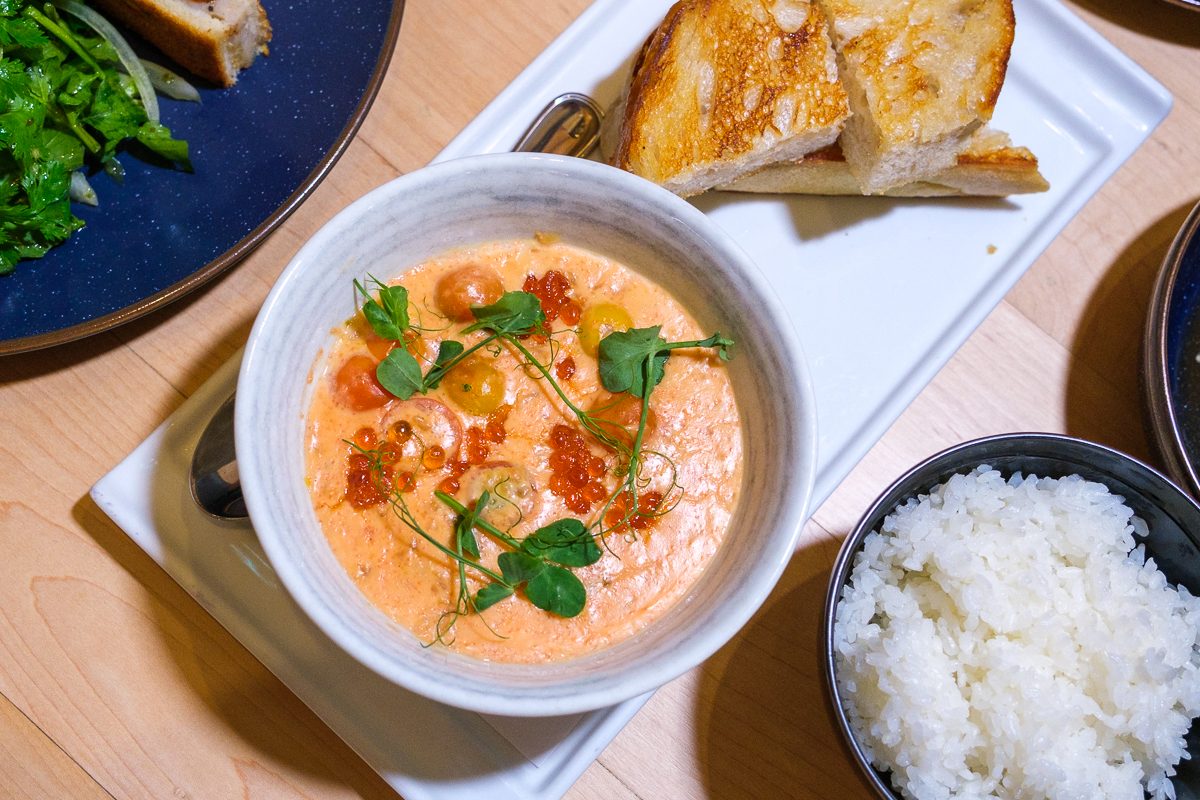 You may opt for white rice instead, but we found a side of hash browns ($6) to be the best vessel. The batons of crispy potato arrive stacked like a Lincoln Log cabin. 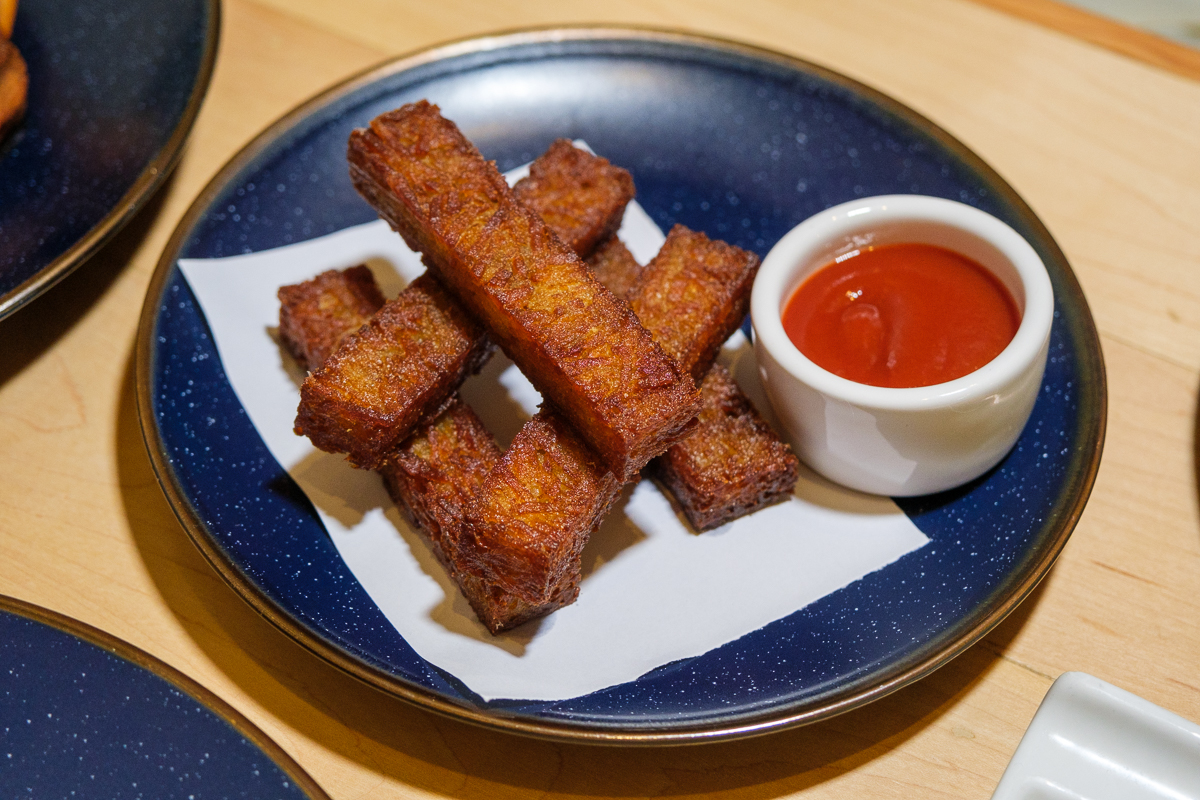 Nami Kaze’s eggs benedict ($23) makes you realize that the starch component of most benedicts is an afterthought. Peel’s version replaces tired English muffins with crispy Hong Kong-style shrimp toasts. Poached eggs swimming in a hollandaise-style sauce are served in a bowl for whipping and dipping, a treatment that keeps the toast crisp and the eggs warm. I love the sharing aspect, which makes it easier to try more dishes. 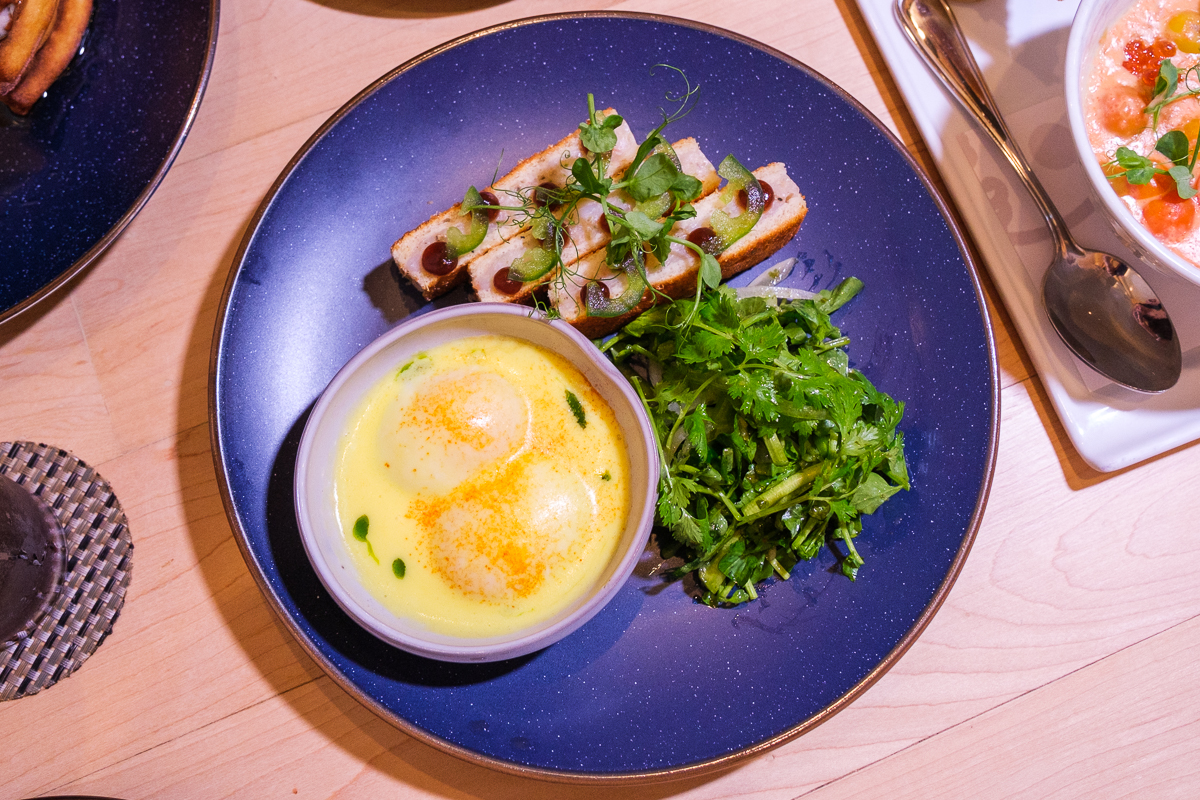 And since it’s prime time for tomatoes, the summery Hau‘ula Tomato Salad is a must. Fried tofu, juicy tomatoes, wonton strips and watercress marinate in a fresh ginger scallion sauce with a dash of shoyu zuke. We wiped this bowl clean.

By now we’re tapping out, but we haven’t even scratched the surface. There are still the Japanese breakfast teishoku sets ($25 to $34) and the People’s Choice ($24), which includes Nami Kaze okazuya’s crowd-favorite Ginger Fried Chicken and a choice of fresh ‘ahi poke. There’s also a sashimi moriawase assortment, chirashi bowls, sushi rolls and seafood sandwiches that we are too full to even consider.

We tell Peel that every dish we’ve tried felt like it was full of love. Peel says that coming to work every day is like coming home to a house full of friends and family. If brunch is any indication of how Nami Kaze’s coming dinner service might play out, we’re keeping our eyes open. Peel says it’s coming very soon.