Bakeside at Over Easy serves up sandwiches on freshly baked breads, killer muffins and more.

Kailua is a breakfast town—it always has been. Weekends almost always start with a lazy breakfast out with friends, flowing into long beach days. So when Alan Wong alums Nik and Jen Lobendahn opened Over Easy on Ku‘ulei Road in 2016, it quickly became known for thoughtfully prepared breakfast plates. Now they’ve expanded into the space next door with a takeout shop called Bakeside at Over Easy. 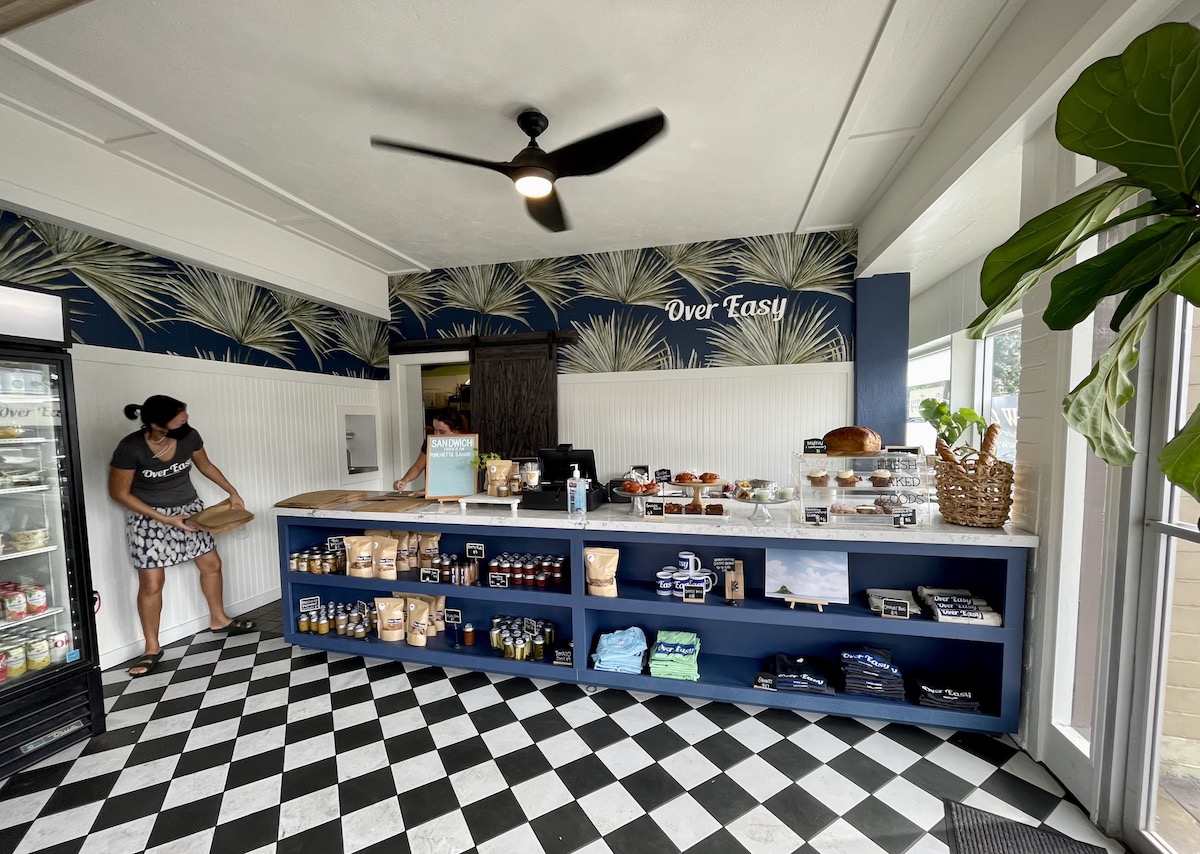 Amid the checkered floors and wainscoting of the new space you’ll find cold selections including smoky spiced bacon dip ($8, and $3 for a bag of crostini to go with), smoked salmon and cream cheese ($9), drinks and bottles of Kailua Green and Li Hing Mui barbecue sauces ($10) from Easy ‘Que, also owned by the couple.

In the reefer, sandwiches like charred eggplant with feta ranch, or turkey and salami feature thick slices of pillowy house focaccia slicked with olive oil and stuffed with fresh veggies. The smoky eggplant goes well with the sharp, tangy ranch that permeates the veggie layers. This sandwich is a light yet satisfying meal, and I will definitely be back for another. 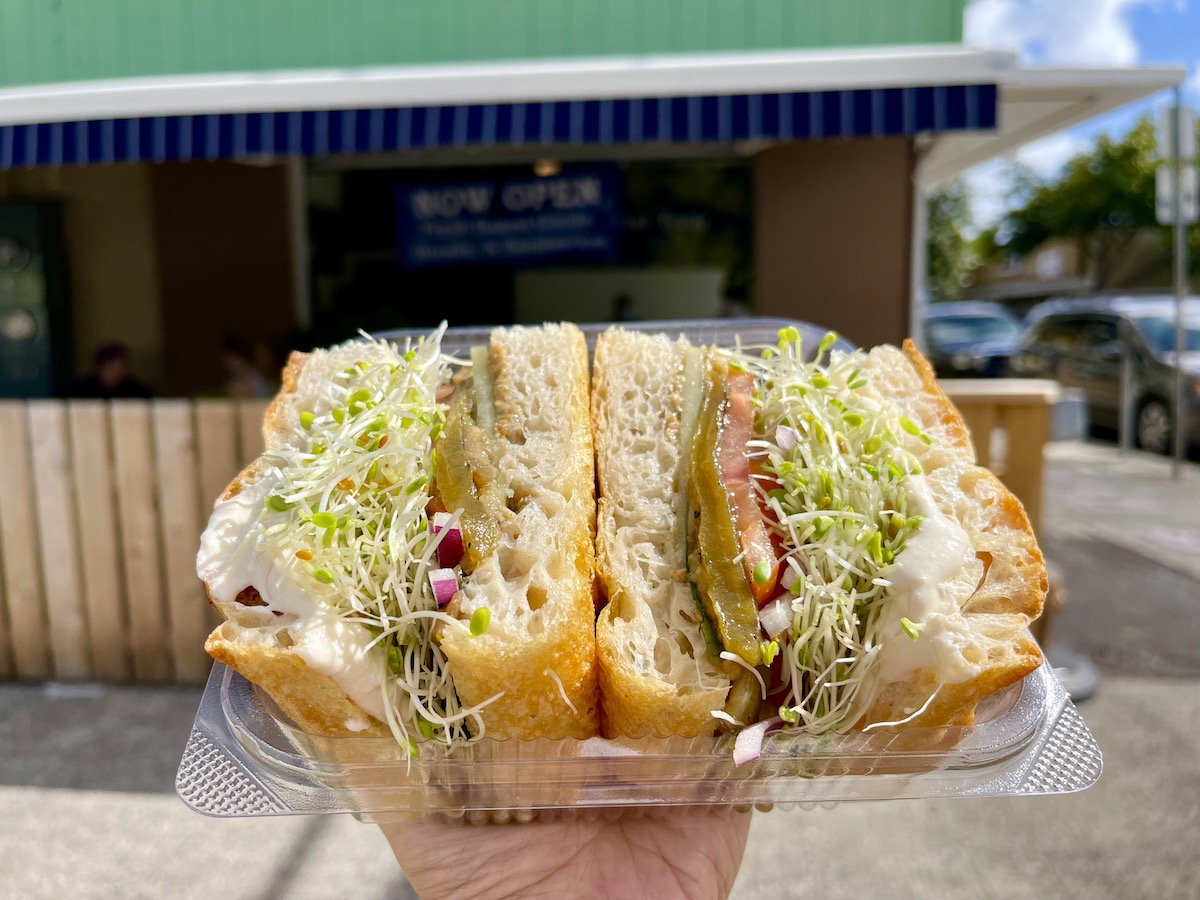 Grab-and-go sammies are supplemented by a daily special sandwich that on the day I visit is porchetta with salsa verde ($16); on another day it’s a pork belly banh mi. Served on house-baked brioche, the porchetta sandwich is stacked. I mean two layers of pork belly stuffed with herbs and wrapped around a loin. While the loin is a bit dry, the belly meat is moist and the tasty skin is crispy. Pickled onions and bitter arugula add dimension to the meatiness, but I’m craving even more pickled onions to amplify the herbaceous salsa verde. 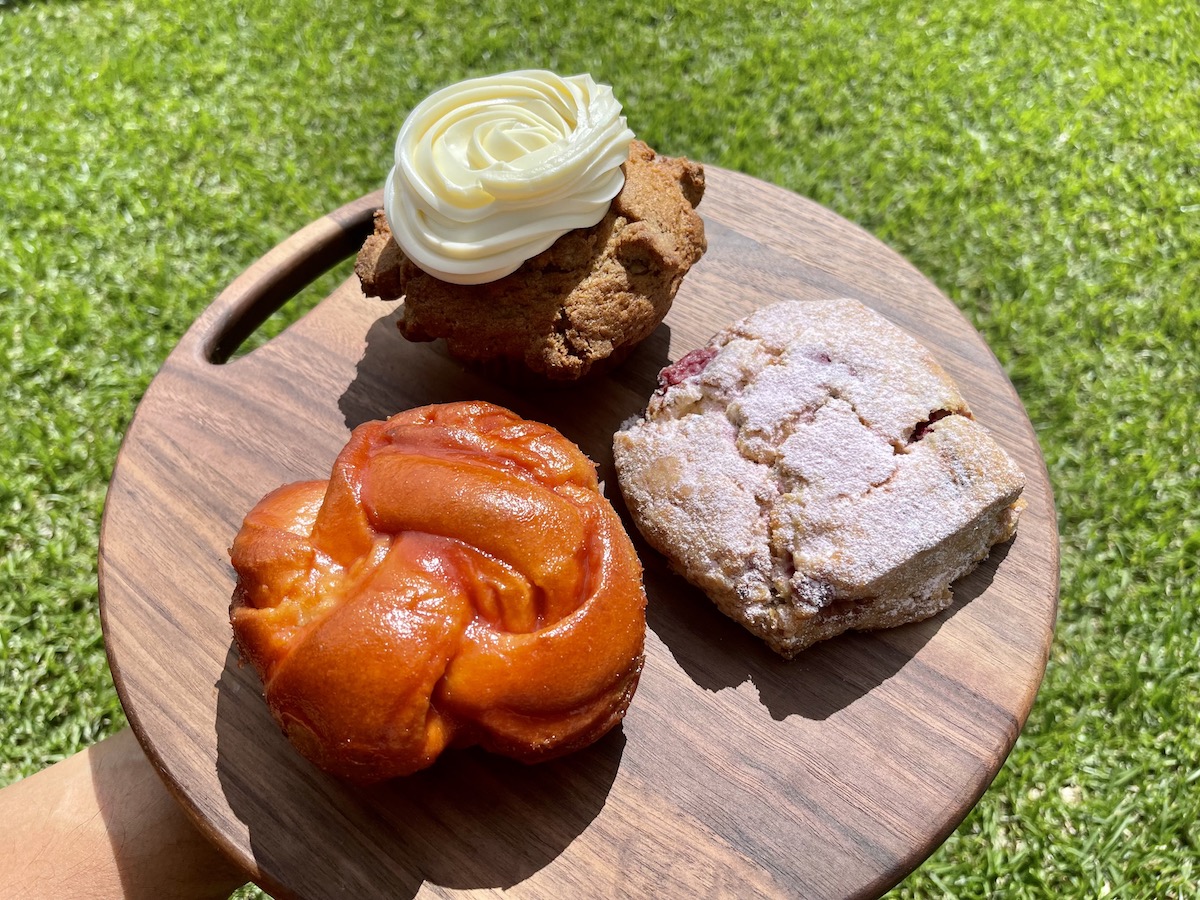 The white marble countertop holds other grab-and-go options like hunks of breakfast quiche ($8) and foil-wrapped breakfast burritos ($7) stuffed with bacon, scrambled OK Poultry eggs and country potatoes, served with a generous side of tomatillo salsa. I take note as I’m often in need of a reasonable, handheld breakfast. But having just scarfed my sandwich, I opt instead for a jar of pickles along with a cinnamon muffin ($4), which Jen Lobendahn says has emerged as a crowd favorite, a glazed pink guava roll ($6) made with an egg-based dough, and a raspberry and chocolate scone ($6). My favorite is the cinnamon muffin. If you love cinnamon rolls, this baby is for you, too, comforting and fragrant and topped with thick cream cheese frosting. Crunchy cinnamon crumble is an unexpected detail atop the moist spiced cake. 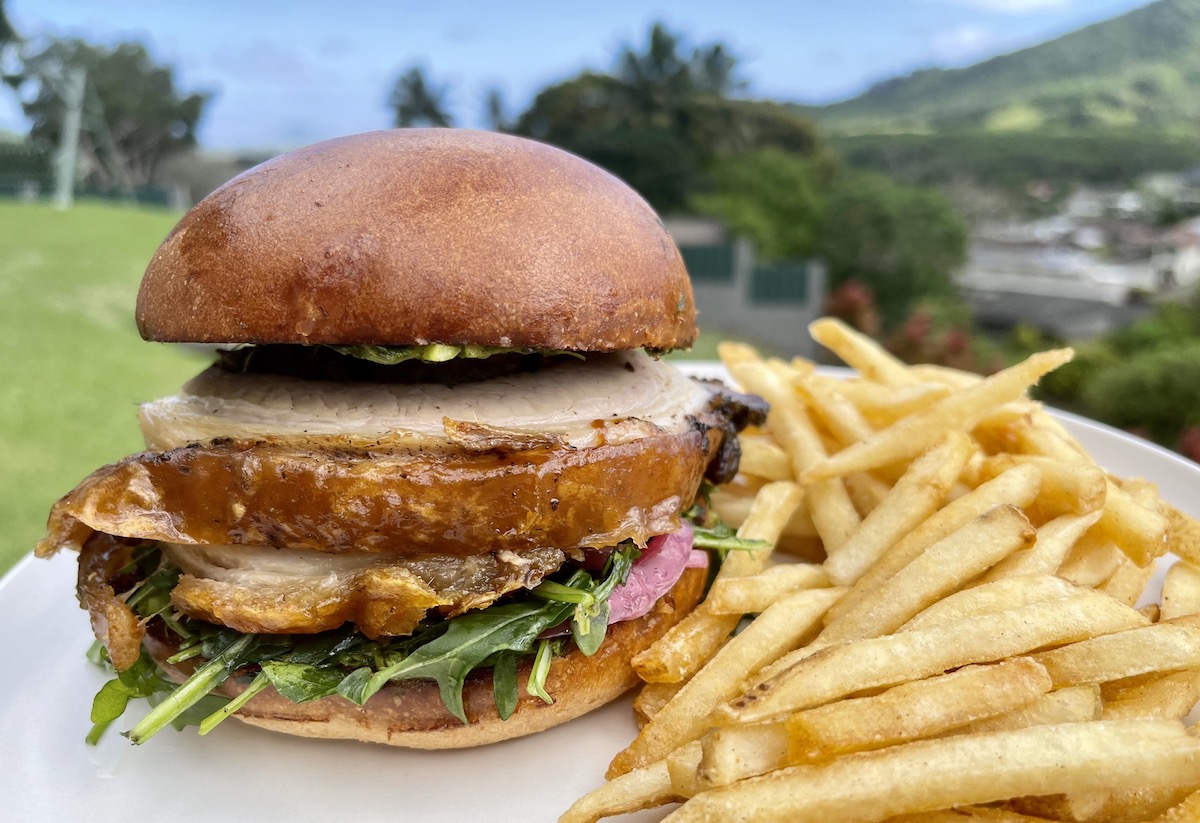 Bakeside at Over Easy has only been open for a few weeks, so I’m stoked to see how it will evolve. For now, my next visit will be for a breakfast burrito—and if cinnamon rolls are in stock, well, you know the rest.