Three years in the making, Anthony Rush and Katherine Nomura’s cocktail bar is a gem worthy of a splurge. 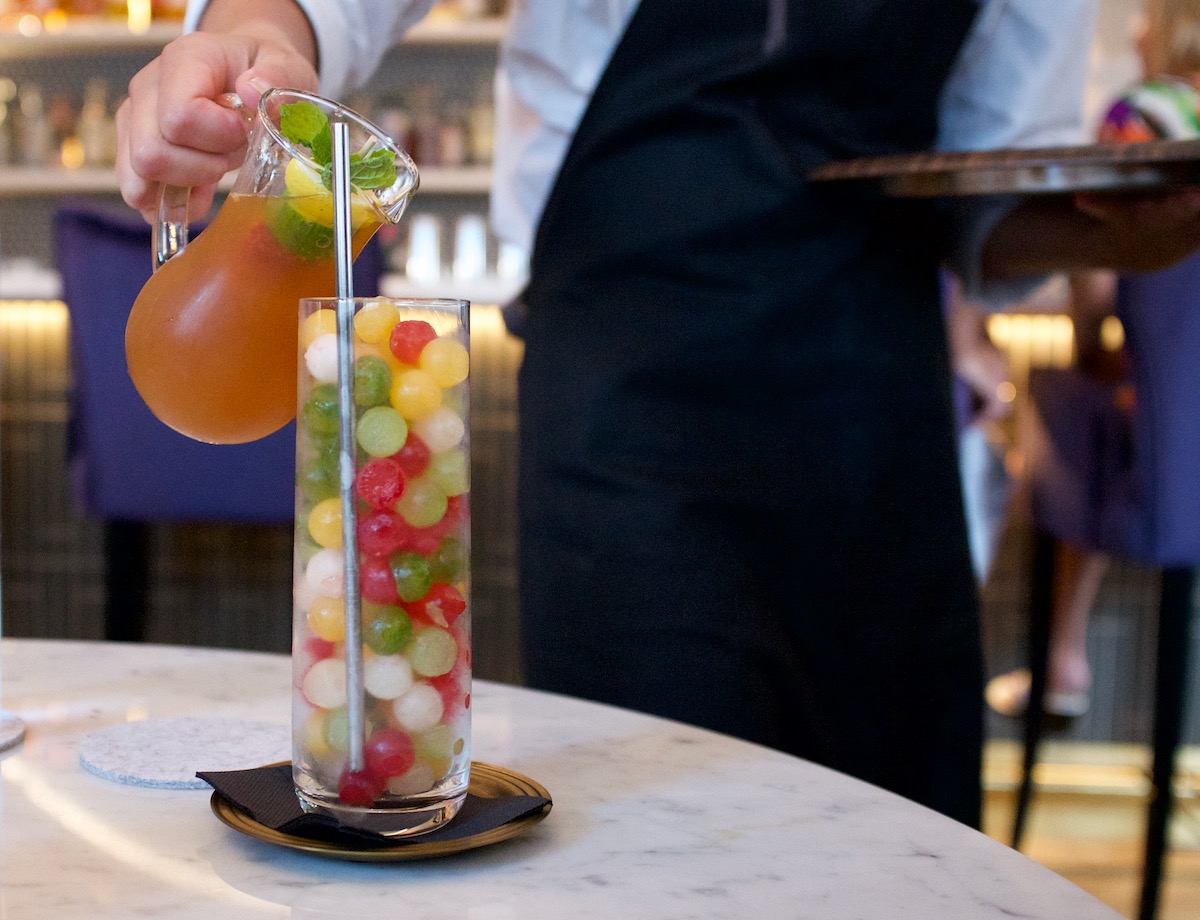 Don’t read this. Just go to Podmore and be surprised. If there were ever a time to let the suspense build and experience a place firsthand versus through social media, this would be it. After all, you’ve already waited three years for Podmore, what’s another few days?

But who am I kidding, we live in an era where Instagram leads the way to our next dining experience. So: spoilers ahead. Some.

The first reveal is the luxurious space, lush in jewel tones, of greens and purples in velvet, glinting with gold (even in the bathroom, one of which is tiled with mother-of-pearl). You’ve stepped out of Honolulu, which is Anthony Rush and Katherine Nomura’s intention, and perhaps into a London hotel lobby. Which comes to the second surprise: You’ve also stepped into London prices. The signature cocktails at Podmore are $30, the house cocktails are $18 to $25, and the classics are $16.

Not trying one of the signature cocktails is like going to Disneyland and not riding Space Mountain. Of the signature drinks, my two friends both wanted the The Chung Chow so badly, having waited years in anticipation ever since Rush put it on the menu at Senia and then quickly took it off (because that ice is a pain in the a** to make), that they both ordered it at Podmore, despite our usual no duplicates rule. It is my favorite drink on the menu. A variation on a Pimm’s cup, multicolor, boba-sized ice in flavors of cucumber, mint, strawberry, orange and lemon fill the glass, and the cocktail with the herbaceous Pimm’s No. 1 is poured tableside. It’s fizzy and refreshing and sunshine in a glass. Then there’s the gin and tonic, which Rush promised would be unlike any other. And it wasn’t, at least in terms of the spectacle. He didn’t want to tell me about it beforehand so as not to ruin the surprise, so I won’t either, except to say it was like a disco ball meets a roller coaster. 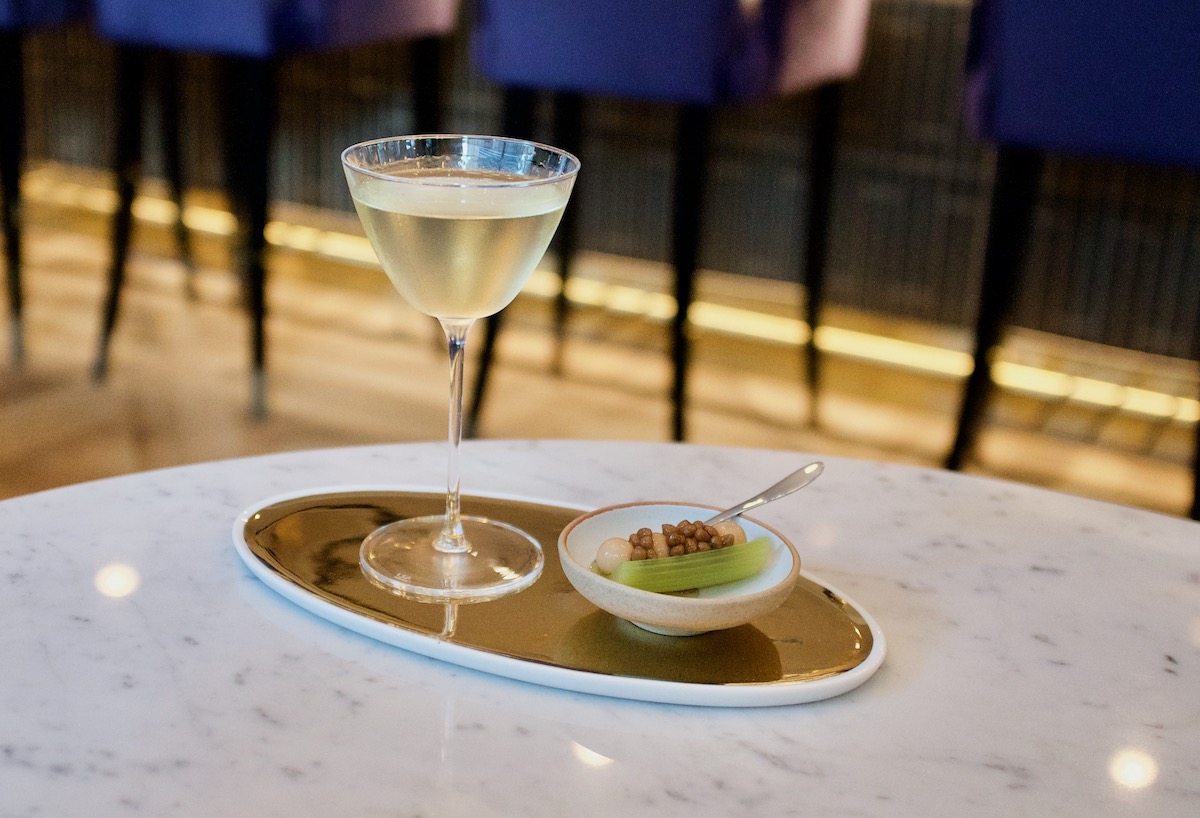 From the house cocktails, we ordered the Trust Fall, a clarified mango mezcal topped with a lemon-lime foam and Tajin; and the Ants on a Log. The drink was like a fabulously cold celery gin martini (all magic words to me), though I could have done without the modernist ants on a log served on the side, preferring the childhood version to the gussied up one with sherry droplets and peanut butter spheres. 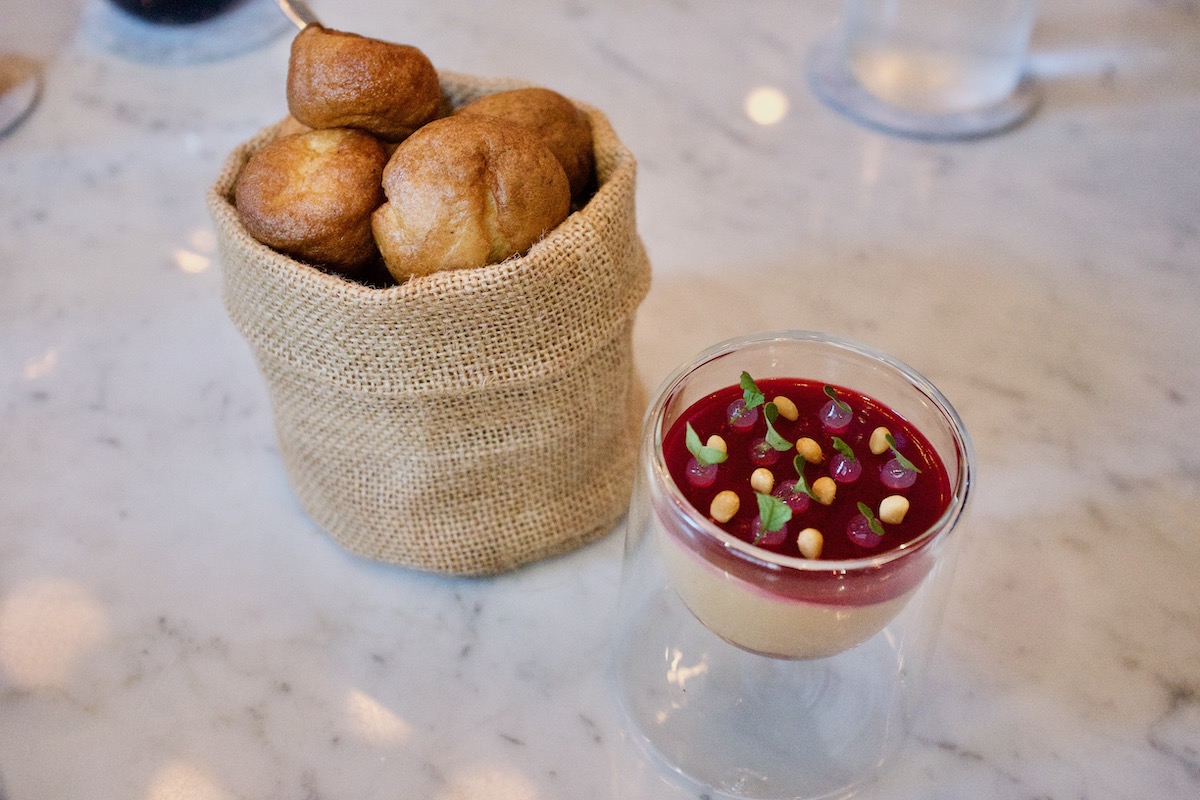 As for the food, Rush intends the menu to be bar bites, not meals. What that means: You will have to order (and spend) a lot to get full. If you’ve eaten at Senia, you will be familiar with Rush’s exquisitely presented and delicate food. Favorites included the foie gras parfait ($28), a peach compote layered with velvety foie and a raspberry gelée—resulting in a sweet, savory and sour composition—and accompanied by mini Yorkshire puddings (American translation: popovers). 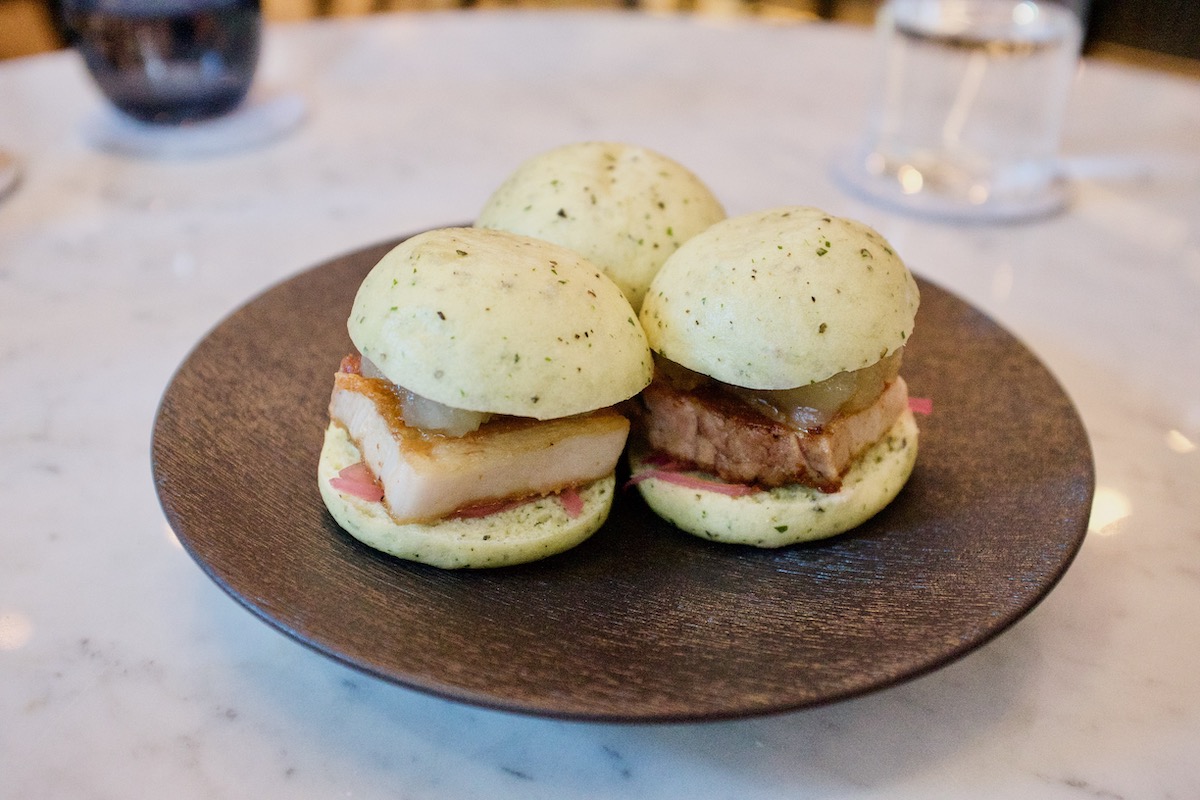 The roasted pork bun ($8 each) takes the familiar Chinese pork bao and gives it a British Sunday roast supper spin—the fluffy bao made with sage and parsley to emulate the flavors of stuffing, and the ultra tender pork belly and crackling skin accompanied by a smear of apple sauce. My favorites by far, though, were the desserts. 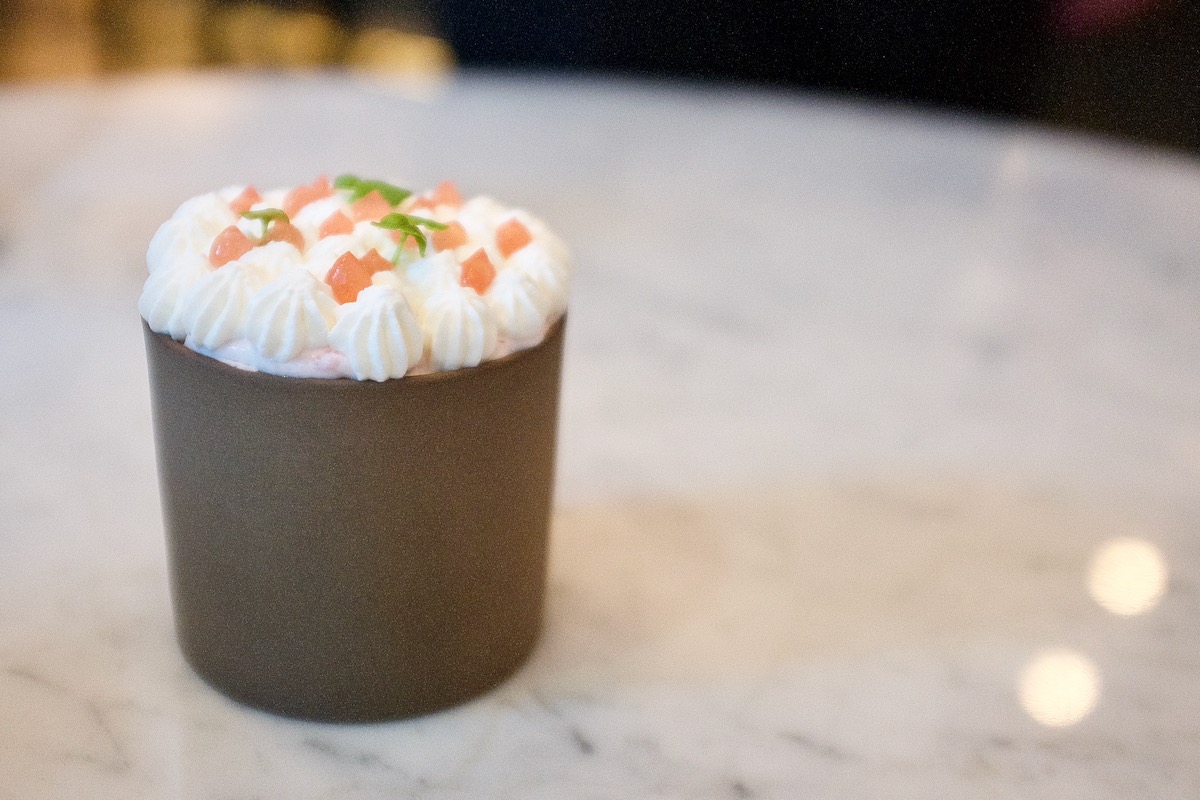 There’s a sticky toffee pudding ($12), a soft and soothing date cake that arrives warm, topped with vanilla ice cream and drenched in a caramel sauce taken just to the edge of burnt, its dark bitterness and a sprinkle of salt rescuing the dessert from overbearing sweetness. The Eton mess ($12) isn’t really a mess in Rush’s hands (is anything? What does it look like when Rush lets loose?)—it’s a tidy dessert of whipped cream and strawberries with micro basil adding fresh blasts of herby anise; a splash of gin to keep the sugar in check; and shards of crisp meringue for shifting textures.

There are many more surprises on the menu; try not to ruin them all before you go. And soon, when Rush and Nomura plan on opening for brunch in the upcoming weeks, there will be even more to look forward to.