First Look: The A La Carte Menu at Bar Maze in Kaka‘ako 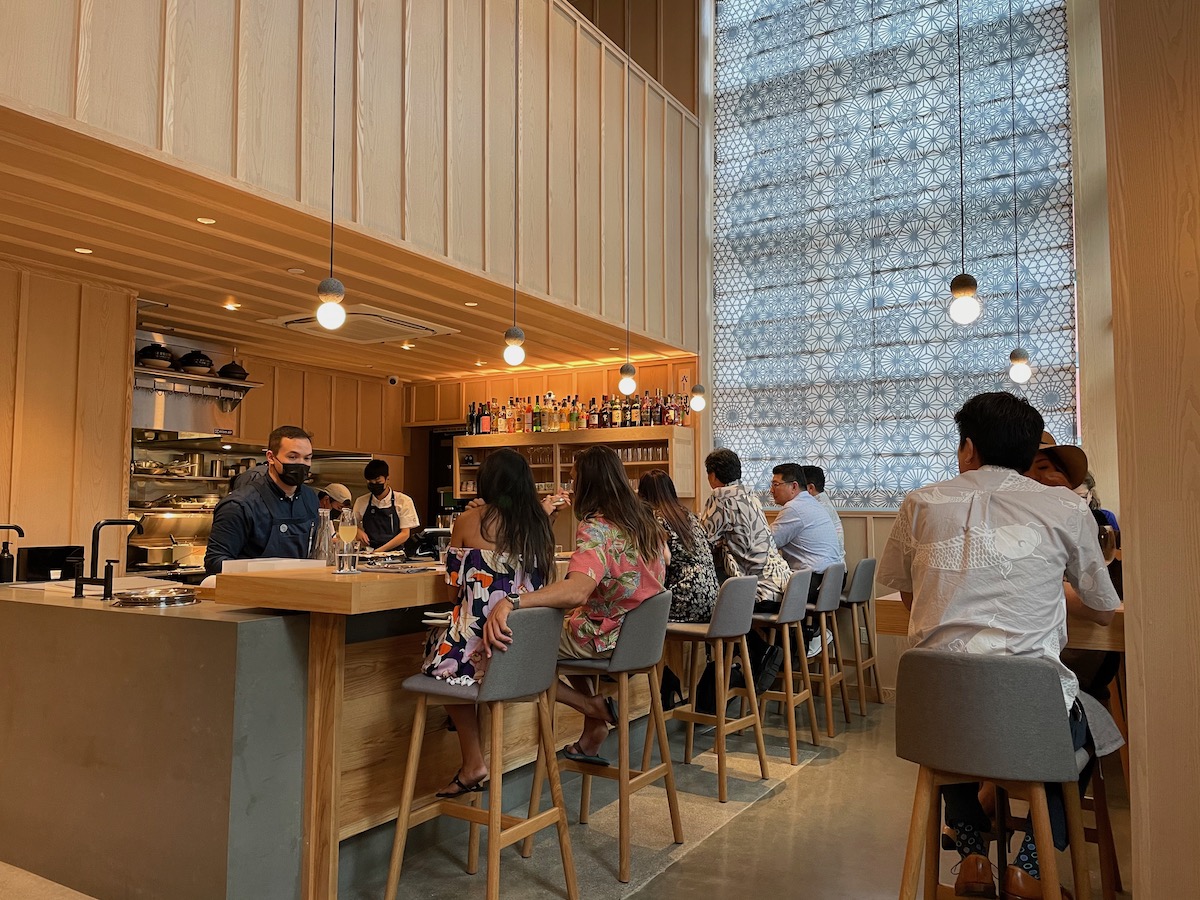 Both Bar Maze, Justin Park and Tom Park’s latest venture, and Bar Leather Apron draw on Japan’s intimate bars, of the if-you-know-you-know sort, with singularly focused mixologists creating alchemy in the cities’ hidden corners. But where Bar Leather Apron is dark and moody, with a cocktail menu to match—variations on Old Fashioneds, heavy on whiskeys and even a mai tai that’s like a tropical vacation gone M. Night Shyamalan—Bar Maze is light and effervescent, as if to say, haven’t we had enough darkness now? 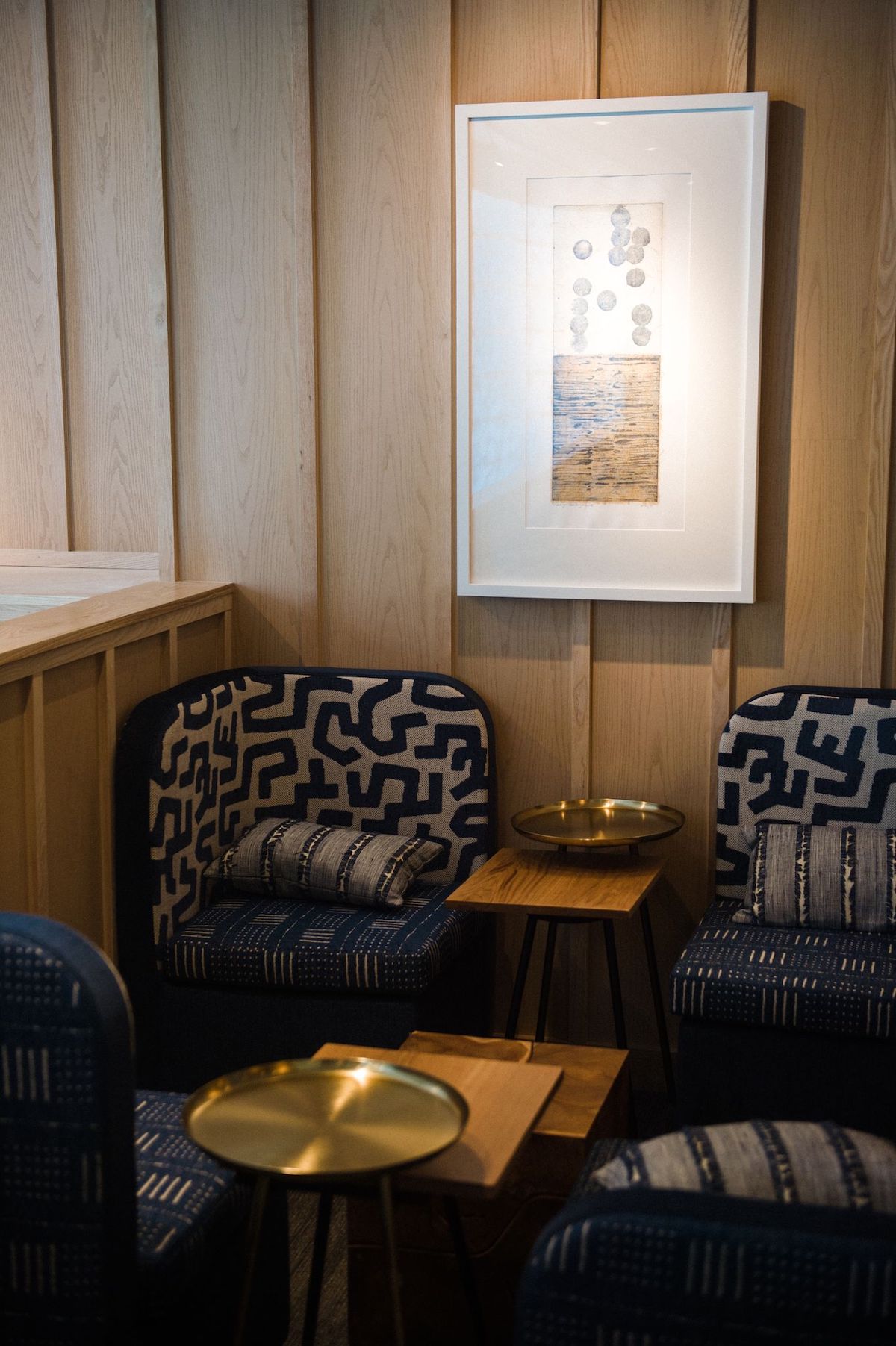 In the mezzanine, where the a la carte menu is served. Photo courtesy of Bar Maze.

Bar Maze has been three years in the making and the Parks (who are not related to each other) have gone through various ideas of what the wisp of a space, as if shaved off the Dry Bar salon next door, could be. What’s emerged: an airy room of blonde wood and floor-to-loft-ceiling windows, accented with indigo and brass, like glimmers of sunlight on a dark sea. And the cocktail menu is just as buoyant, often literally. For the a la carte menu, available in the mezzanine, many of the drinks are fruity and fizzy: the Kitsune, with Rabbit Hole Bespoke Gin, pears, yuzu and green apple champagne is just the sort of drink you want at the end of a hot summer day. There’s also a Sansho Tonic, a take on a gin and tonic, with the citrusy notes from sansho, Japanese green pepper, underscored with yuzu. Even a Dalwhinnie 15 year is lightened with soda, frozen apple and stone fruit cordial in the Stonefruit cocktail, though the effect of this comes off more medicinal than enjoyable. 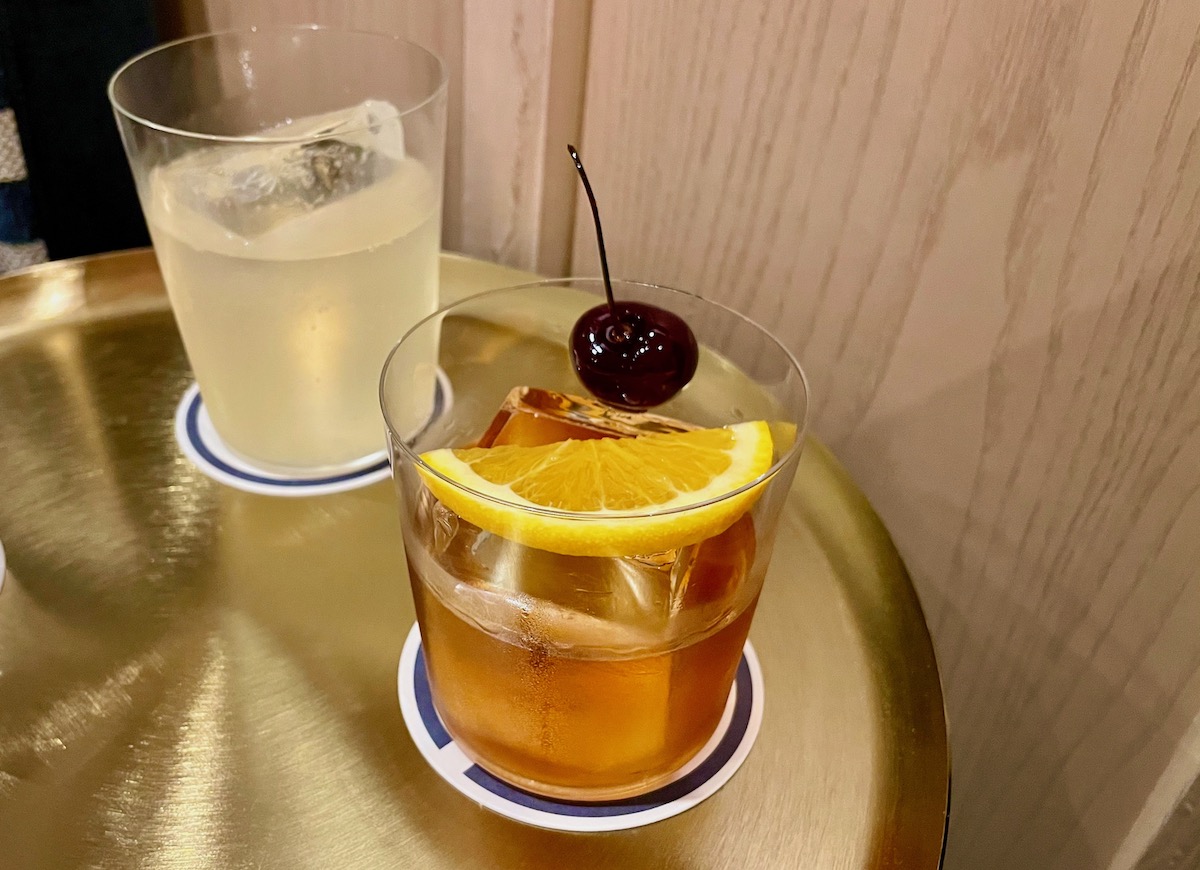 These are the sorts of drinks you could quaff as if characters in The Great Gatsby, in an attempt to soften the heat and tension. And that’s the idea behind the drinks. Unlike the tasting menu downstairs, wherein the drinks are paired with the food, the cocktail menu upstairs is designed more “to support a lounge social vibe. Lighter, refreshing and some decried it as ‘crushable,’” Justin Park says. 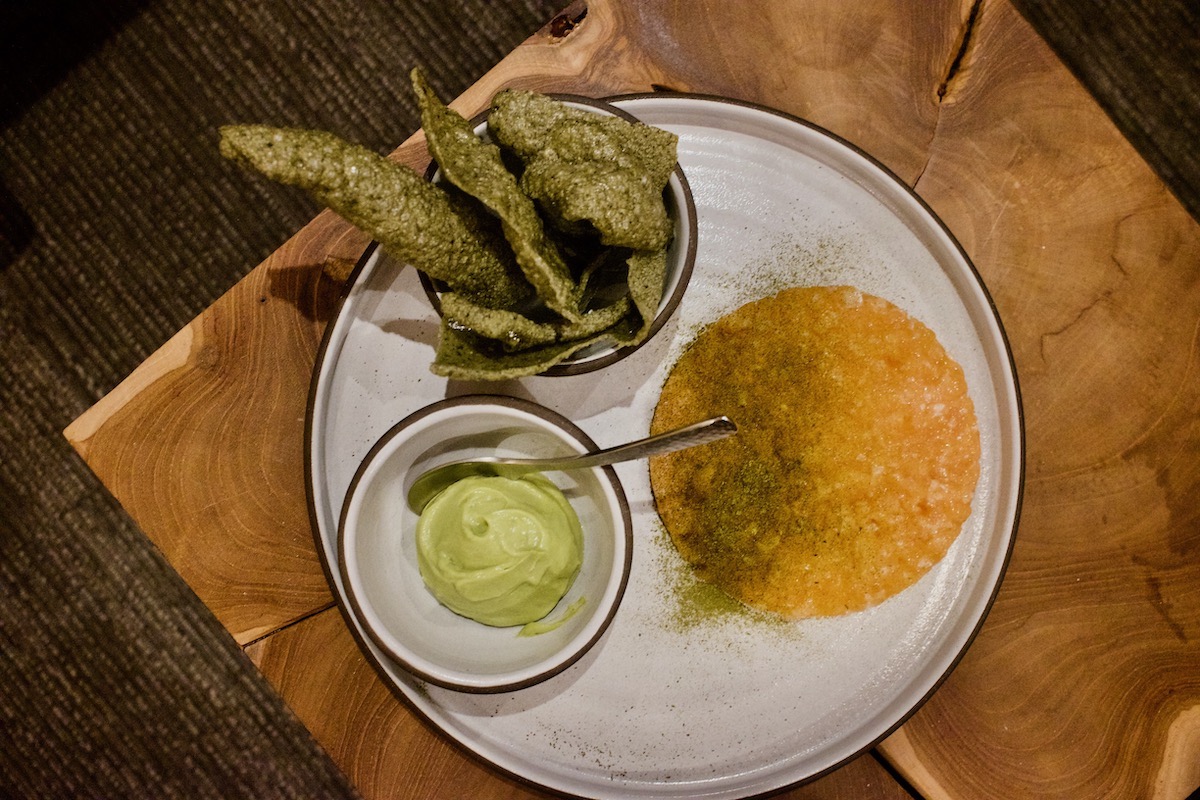 And yet, the effervescence in the drinks matches a lot of the a la carte food menu, such as the Kitsune alongside kusshi oysters with a calamansi vinaigrette. The citrus in the drinks is echoed in the citrus-marinated salmon tartare, like fancy chips and dip with light-as-air rice chips. And the fizzy drinks also help cut the richness of many of the fried foods, our favorite of which were the potato croquettes served with a little pot of potato cream topped with uni. It was simultaneously luxe while also reminiscent of cheesy McDonald’s hash browns. We ordered all of the food items on the opening menu—with each individual dish, chef Ki Chung does an excellent job of remaking bar snacks, as in an upscale take on a Bloomin’ Onion and a grilled cheese, but taken altogether, the theme of fried thing plus dip becomes wearying. And what does it say when after all that effervescence, our favorite cocktail was the Maze Old Fashioned, the strongest drink on the menu and warmed with bourbon, vanilla and demerara sugar? 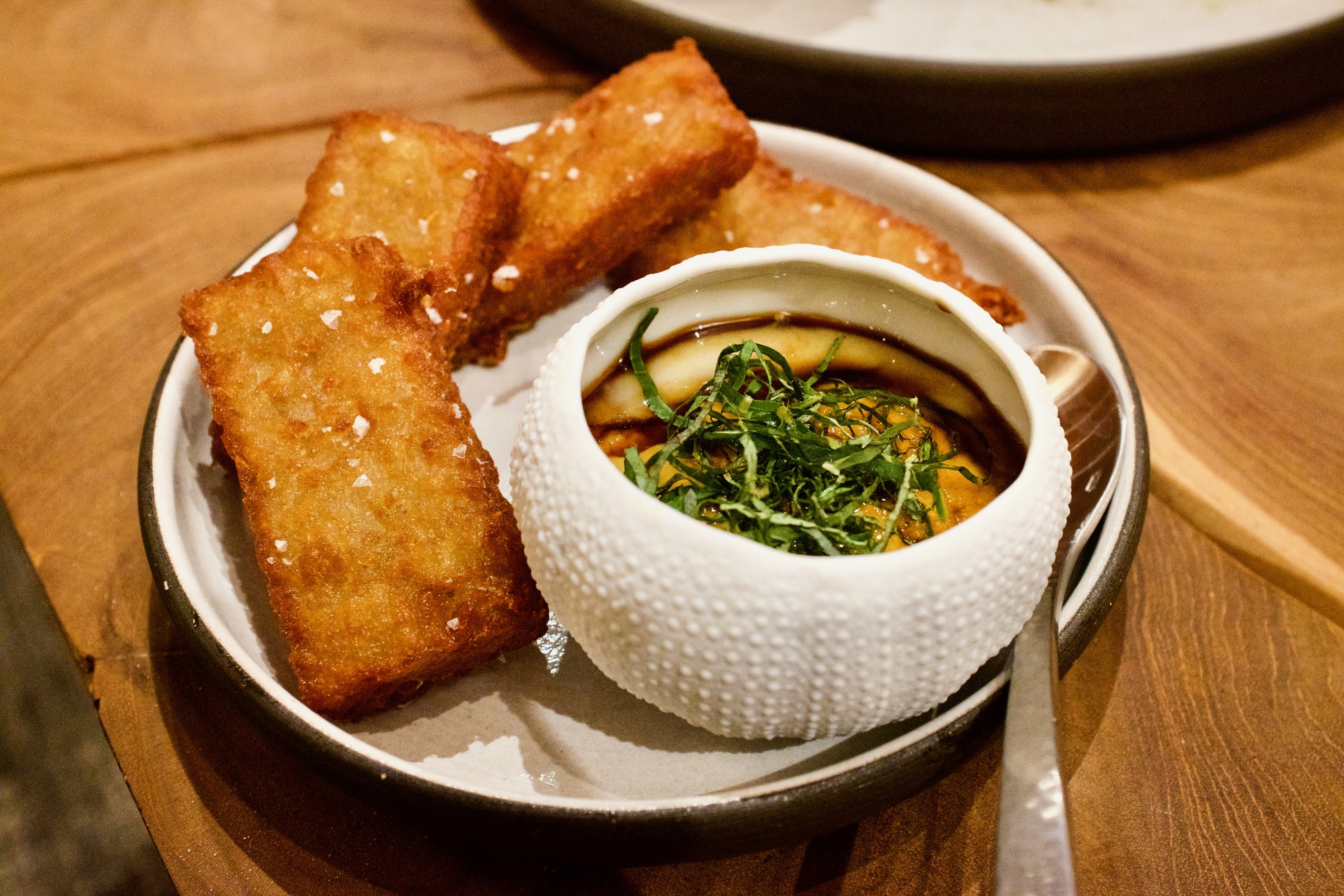 The menus are still being tweaked (I’m hoping to return for the tasting menu after opening jitters are smoothed out), and Justin Park plans on adding more classic drinks with a twist. But I expect the mood will generally tip light, with only hints of the shadows.