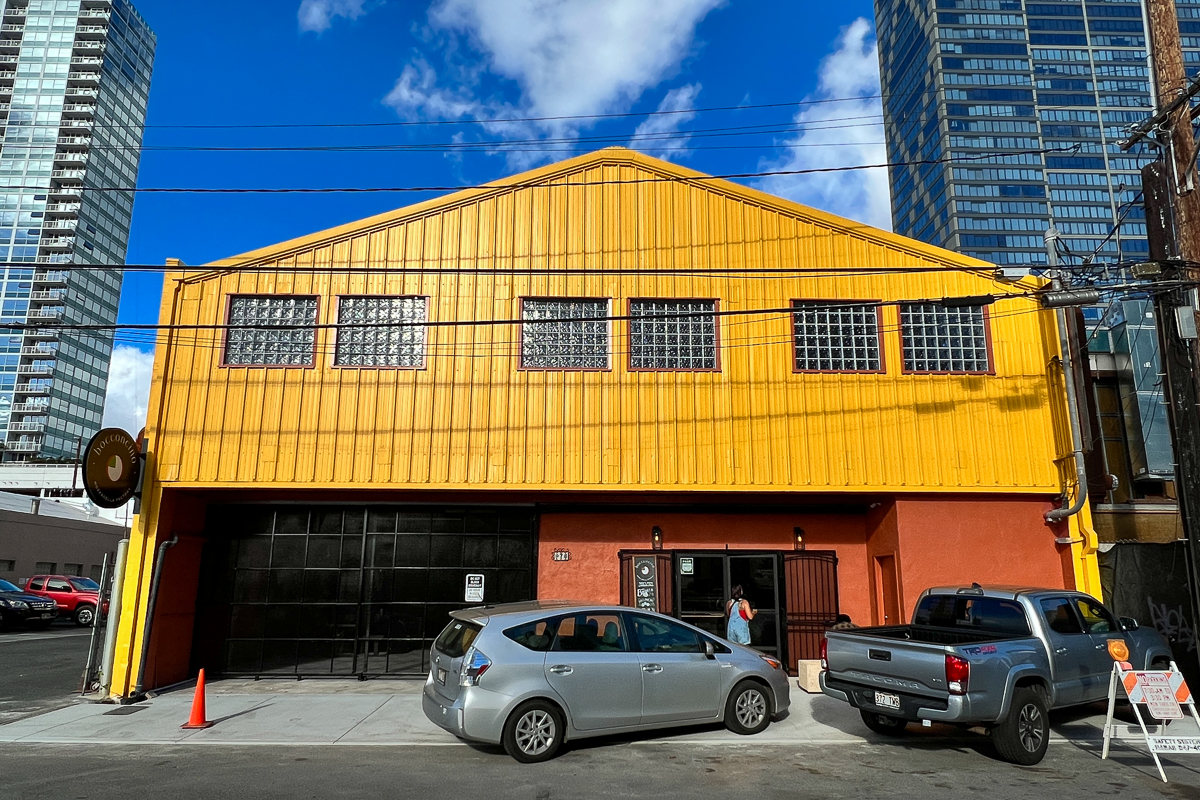 If you’ve ever been to Italy, you know what it’s like to fall in love. Beyond quaint countrysides, weathered city streets and works of art just about everywhere you look, it really is the carb-filled dream laced with aromas of cheese and espresso that you always imagined it’d be. For lovers of Italian foods in Hawai‘i, this means yearning. Frequent yearning. So when we heard that longtime Italian chef Donato Loperfido and his wife, Desiree, had finally opened their cheese-centric Italian café, we made plans to head over immediately.

Named Bocconcino, the market and café produces Hawai‘i’s first locally made mozzarella. Its best seller is burrata, a creation of mozzarella that’s shredded, soaked in cream and encased in more soft mozzarella. Bocconcino started out at farmers markets, then opened on Kawaiaha‘o Street at the end of October with the Loperfidos joined by business partner Ian Bishop and head cheese maker Simone Orlandini. Core offerings of Roman-style pizzas and sandwiches feature the cheeses; there’s also a coffee bar and imported Italian goods from anchovies, fine olive oils, aged balsamic and pastas to panettones and dessert spreads like crunchy pistachio and dark chocolate hazelnut. At the moment, seating is limited—to maybe one table outside?—but plans are to add more. In other words, plan on takeout for now.

SEE ALSO: 7 Gradi’s Italian-Style Gelato and Sorbetto Are Churning Up in Kaka‘ako 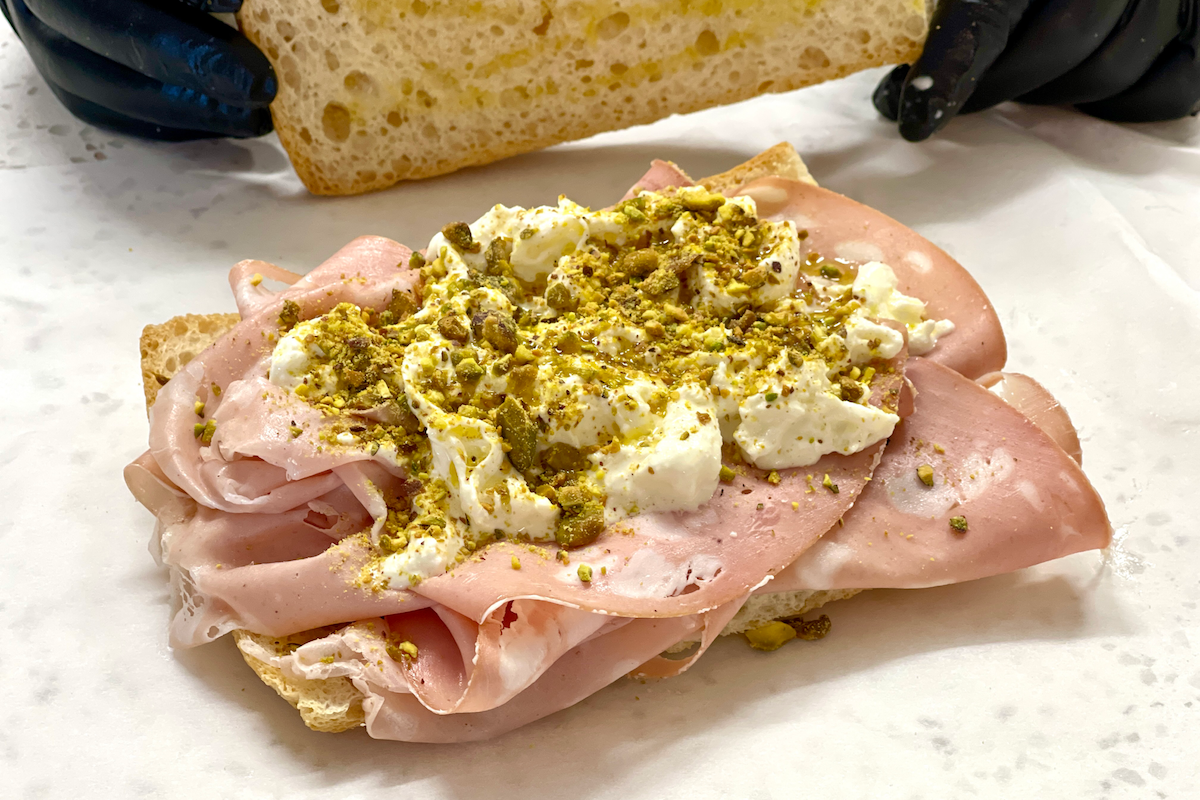 The menu of eight pizzas (including a pizza of the day) and eight sandwiches reads like a laundry list of regional Italian flavors. Loperfido suggests the open-faced Bolognese sandwich ($18), then pulls mortadella out of the deli case and thinly slices the meat, dotted with pockets of fat, and drapes it over schiachiatta, a stuffed Sicilian flatbread, that’s smeared with pistachio crema. He then tops it with stracciatella (those hand-pulled shreds of mozzarella soaked in heavy cream) and chopped pistachios. The first bites are ethereal. The bread is crisp on the outside and light and pillowy inside with traces of olive oil. The mortadella is lush, light in texture and balanced by the creamy cheese and nutty pistachios. 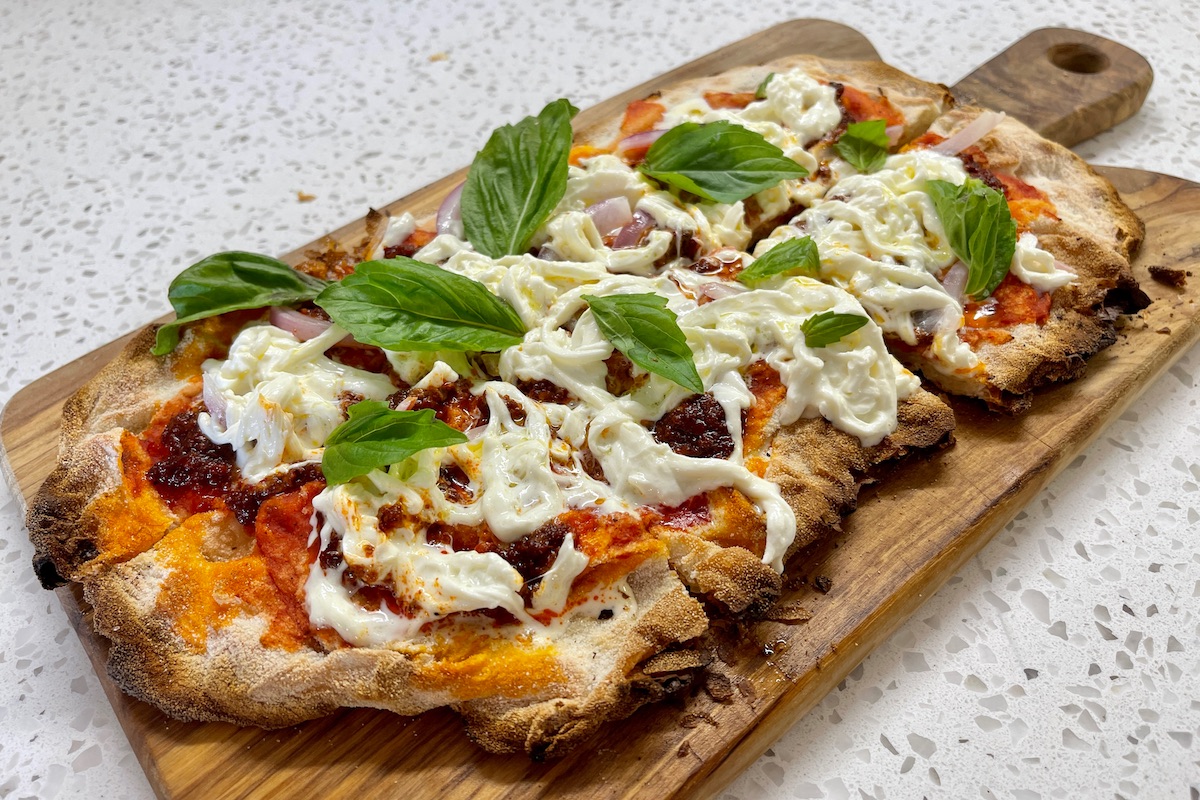 Next up is a pizza. We go with the ’nduja ($18), which I love. The spicy, spreadable salami is combined with Corbarino tomatoes (an ancient variety), cured red onion, more stracciatella and fresh basil on a hand-formed crust coated with a thin layer of semolina flour, giving it an addictive crunch. The tomato is bittersweet, bold enough to support the intense ‘nduja. With the fresh cheese and basil, this pizza is tasty and feels decadent in its simplicity. 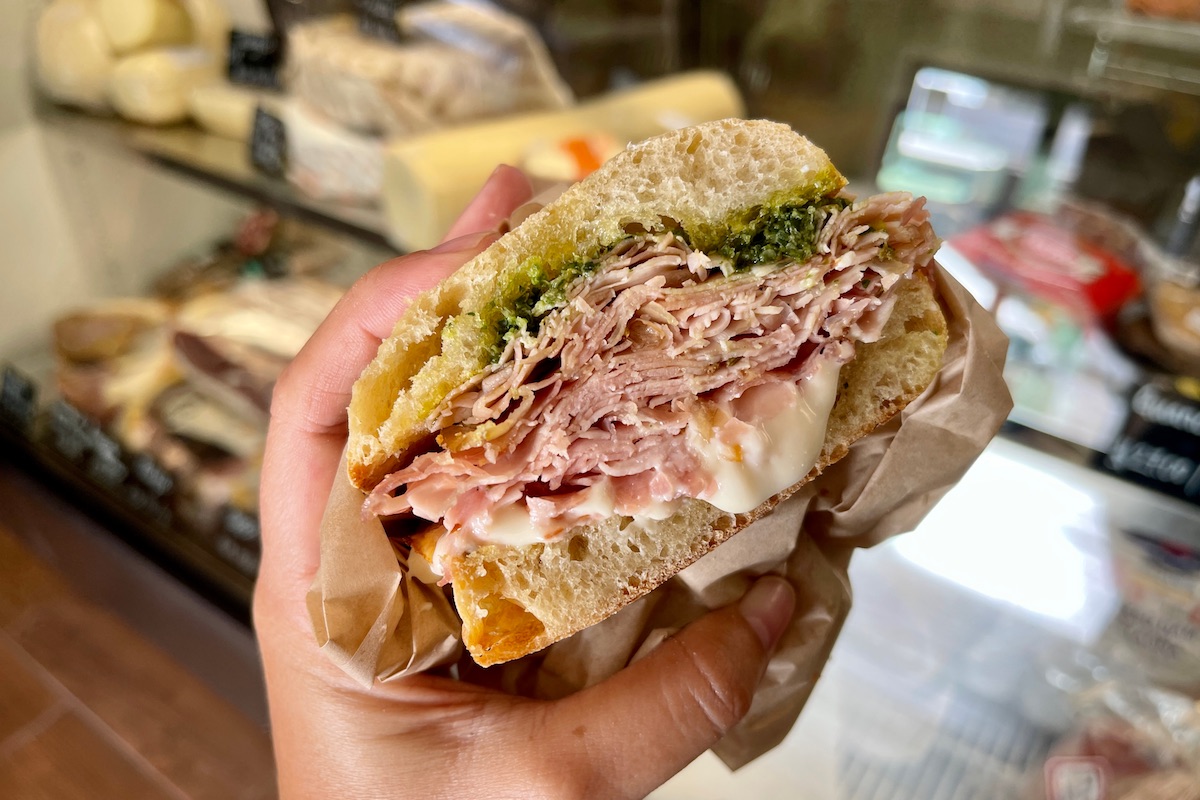 We ask for another sandwich that will complement the first. Out comes the Romano ($16) a combination of porchetta (pork belly and loin that’s rolled tightly, cooked with aromatics and sliced into rounds), salsa verde and smoked pecorino cream on ciabatta bread. I’ve never had porchetta sliced paper-thin—its saltiness makes my mouth water—and the salsa verde has a nice body and doesn’t make the sandwich oily. But I’m most excited about the smoked pecorino cream (hello, bougie Cheese Whiz), creamy and rich with tantalizing smoky notes. The ciabatta is fluffy and still able to hold the moist stack contents. 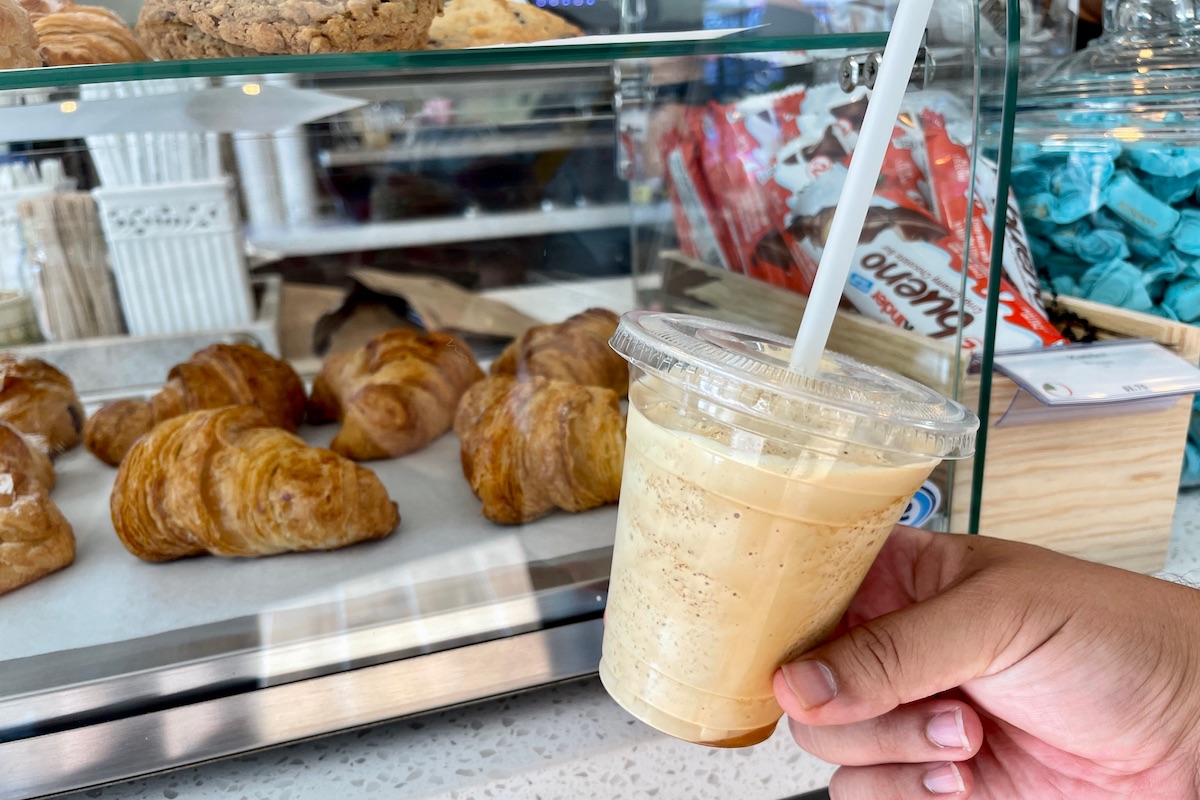 Before leaving we decide to try the Frappe Al Caffe ($5). It’s light and refreshing, airy and creamy with a smooth espresso backbone. I love a not-too-serious Italian coffee moment. The only counterpoint to my overall contentment is an anxiety about leaving other temptations untried. I promise myself I’ll be back for more, soon.