It’s Mother’s Day, so naturally I’m walking out of Butcher & Bird with some dry-aged steaks for Mom when I spot a brand new gelato shop downstairs. 7 Gradi’s posts on Instagram have already piqued my interest, but what I glimpse through the glass looks like a collection of space-age machines. And do I see croffles? I have so many questions and I’m literally salivating. Where am I? 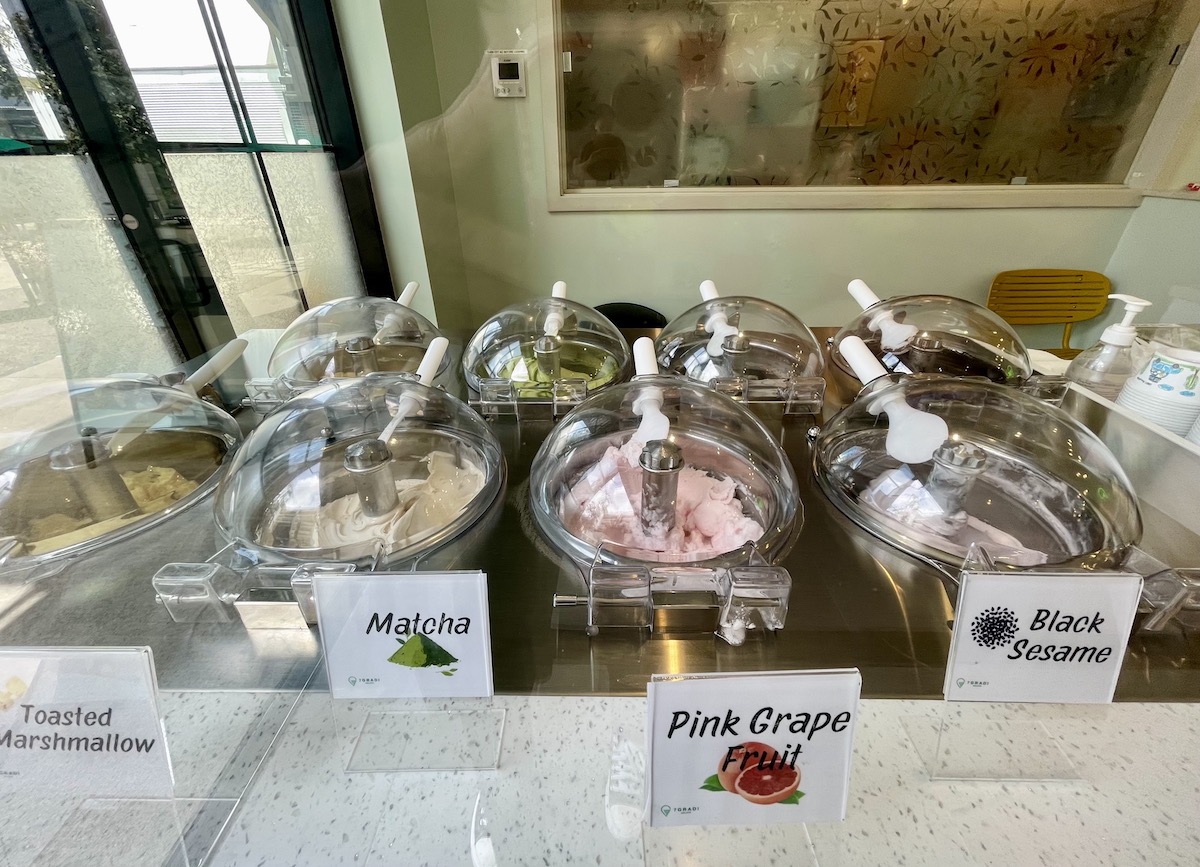 7 Gradi means 7 degrees in Italian, the temperature in Fahrenheit at which owner K.J. Kang and his team produce their Italian-style gelato. Much of the gelato that you might find around Honolulu isn’t made in true Italian style, using less cream, more milk, and churning in less air to create a denser, creamier texture. When I ask how Kang created his flavors and learned to make gelato, he replies, “a lot of studying.”

So, back to the space-age gelato counter. Kang tells us that he got the Italian-made machine in Asia. The owner of Left Wing Chicken in H Mart, home of our favorite Korean fried chicken sandwich, and a Poke Bar franchise location in Waikīkī, Kang is an engineer-turned-food business entrepreneur. “When the gelato starts to go down in temperature, the machine automatically spins to … bring it back to the perfect temperature,” he says. “It basically makes our gelato for us.” This keeps crystals from forming for an incredibly smooth mouth-feel. Kang shipped it and a croffle machine to Honolulu, where he plans to open more gelato shops. 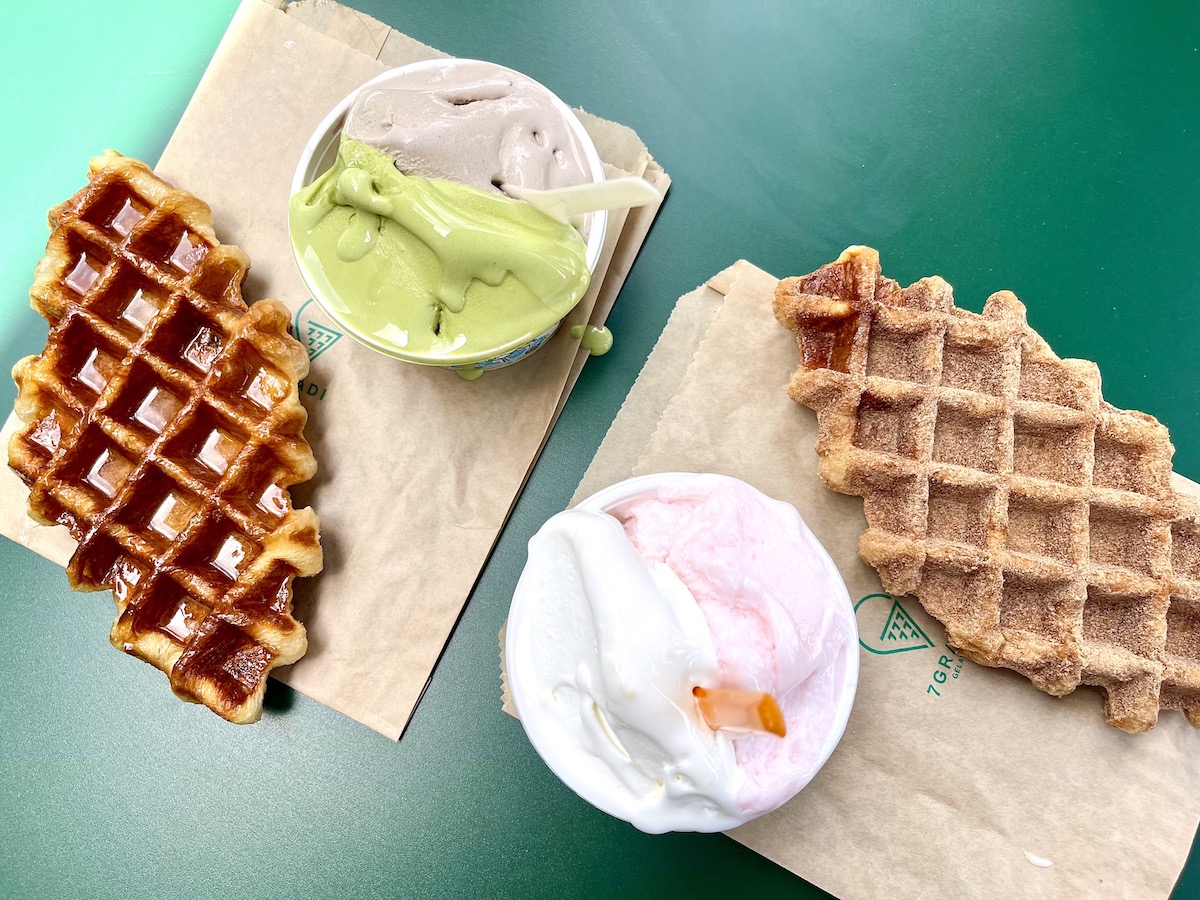 At 7 Gradi, flavors like toasted marshmallow, black sesame, ube, rice, crispy coffee and mascarpone Oreo headline the gelato lineup; while pink grapefruit, tangerine, strawberry and mango peach are a few of the sorbetti on offer, the fruit versions a bit denser and sans dairy. Spoiler alert: Once your gelato leaves the space-age machine, the clock is ticking, since the lack of eggs and cream means gelato melts even faster than ice cream.

How can one resist freshly pressed croffles and gelato? My accomplice goes for the matcha and mascarpone Oreo gelato flavors and an original croffle ($8.80) and I go for the pink grapefruit sorbetto and riso or rice gelato with a cinnamon croffle ($8.80). Let me tell you, this gelato shop is going to be on my summer hit list in a big way. The matcha is strong but has a light finish that’s less bitter than most. The mascarpone Oreo is on my growing list of sleeper hits, so incredibly creamy with a little hint of mascarpone and a prominent Oreo flavor—the cookies and cream of your dreams! The original croffle is good, crunchy little imprinted squares from the waffle iron filled with caramelized sugar giving way to, yes, layers of buttery croissant.

The rice gelato is lightly sweet and rich with a note of toasted rice. When you bite into a morsel of frozen rice, a layer of chewiness gives way to creaminess—whoa. The pink grapefruit sorbetto is super tart and bright, a nice surprise for someone like me who really appreciates sour citrus flavors. The two together are a roller coaster of fun flavors that I’ll be wanting to ride again. You’ll see me back at 7 Gradi sooner rather than later.