Islander Sake opened the day the city shut down. On its one-year anniversary, things are looking up. 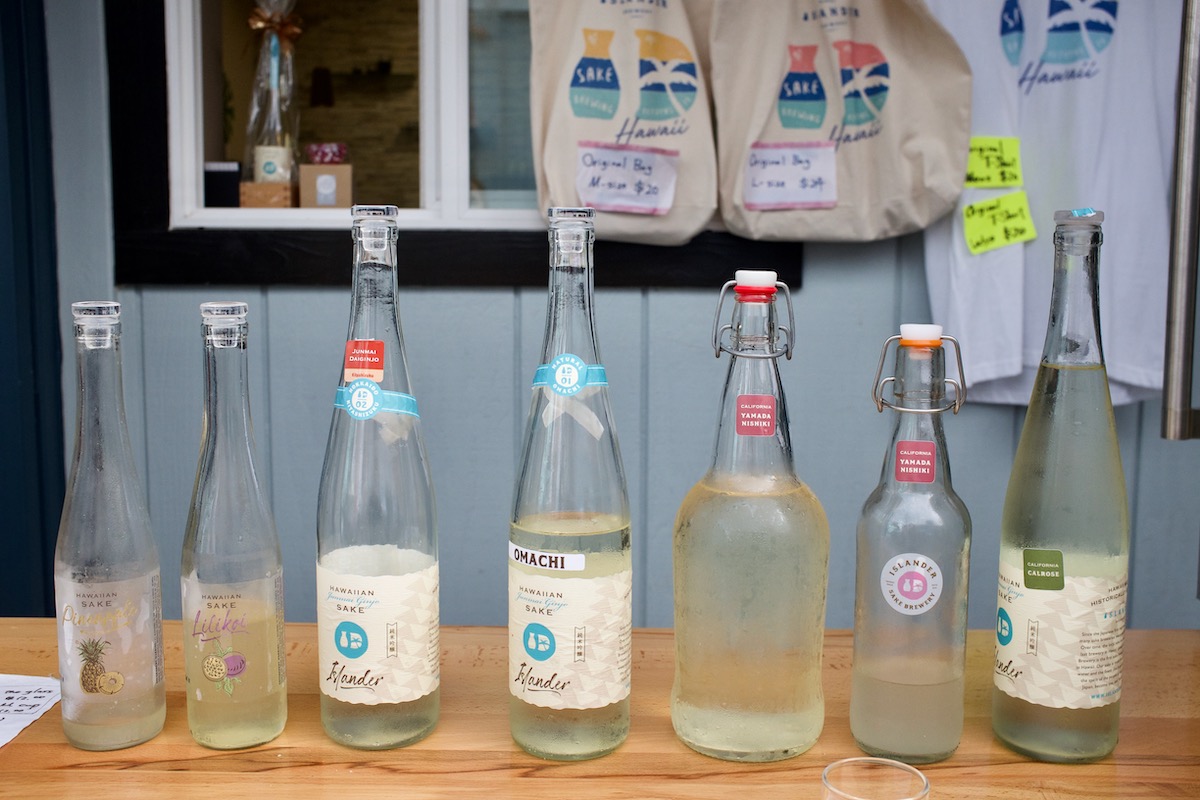 Last year, Islander Sake Brewery opened the day shelter-in-place orders descended on O‘ahu. Weeks earlier, the Islands’ first sake brewery in three decades was supposed to have debuted its first batch of sake at the Honolulu Festival, but the event was cancelled as COVID-19 spread across the world.

So it wasn’t exactly the launch Islander had expected. But a year later, the little sake brewery is still producing sake, including ones gently flavored with liliko‘i and pineapple, and is even talking about needing to expand to keep up with demand as restaurants reopen and word of Islander spreads.

It recently reinstated its sake and dinner pairings, served with brewer and owner Chiaki Takahashi’s homey cooking. And during the day, Islander offers sake by the glass and tasting flights at makeshift outside tables around the parking lot. Perhaps not the best setting, but no matter, for the sake are lovely. As of a couple of weeks ago, Islander Sake was pouring nine different sake—some of my favorites included a daiginjo made with kitashizuku rice from Hokkaido, delicate and elegant in its aroma, and a ginjo made with Calrose rice from California. Yup, one of the most common rice varieties at our dinner table also makes for a silky sake tasting of honeydew. I didn’t expect to like the fruit sakes, but both the liliko‘i and pineapple provided an alluring tang to contrast sake’s sweetness.

One of Takahashi’s volunteers at the brewery reminded me of sake’s versatility in food pairings, not just the usual suspects like sushi and Japanese food, but also with steaks and hamburgers. Sake is arguably the most adaptable of alcoholic beverages—not as gassy as beer, nor tart as wine, and at around 15% alcohol, milder than spirits. And after the year we just had, a kakpai to adaptability seems pretty appropriate.