For the first time in three decades, since Hawai‘i’s last sake brewery shut down, sake is being brewed commercially in the Islands once again. [Update 3/3/20: Organizers have canceled the Honolulu Festival to prevent the potential spread of the coronavirus in Hawai‘i.]

“Sake is a tool to communicate to God,” says Tama Hirose, partner in Islander Sake Brewery, Hawai‘i’s first sake brewery in more than 30 years. In the brand-new tasting room, Hirose explains each element of the shrine—a must in any sake brewery, he says—in the corner, which includes a stalk of rice from the Okayama prefecture. Rice from the same harvest currently ferments in Islander Sake Brewery’s very first commercial batch.

The first batch will debut at the Honolulu Festival’s brand-new Sake and Food event on March 7 and 8, and the brewery’s tasting room is slated to open mid-March. While most sake is aged for a few months, Islander Sake Brewery plans on serving fresh sake—an extremely rare taste in the U.S., and which can be bold and wild in flavor. And as the brewery ramps up, it will serve a junmai ginjo (wherein the rice is polished down to 60% of its kernel), and there are plans for tropical fruit sake incorporating pineapple or liliko‘i. In the meantime, at Kaka‘ako and Kailua farmers markets, you can taste Islander Sake Brewery’s amazake—a thick, umami-charged, nonalcoholic sweet drink made by fermenting rice with koji (the mold used to make miso and sake). The plain one has an aroma akin to poi, while the version made with fresh pineapple and liliko‘i is lightly tart.

SEE ALSO: Your Ultimate Guide to the 2020 Honolulu Festival The brewery is Chiaki Takahashi’s brainchild. A graduate of the Nihon Medical University Graduate School of Medicine, she had shifted gears after sake helped soothe her during a stressful period. The world would be better if she studied sake instead of disease, she concluded. (In a poetic parallel, she would later teach seminars on how yeast under stress brewed better sake.) She worked as a researcher at Japan’s National Research Institute of Brewing (which is part of the taxation office, for “good sake makes good taxes,” says Takahashi) and as a wine and sake brewing consultant. When she was invited to be a judge at the U.S. National Sake Appraisal in Honolulu and saw the 1,500 person turnout for the companion Joy of Sake event, it opened her eyes to sake’s popularity outside of Japan. She saw opening her own brewery in Honolulu as the next step in sake evolution in the U.S. 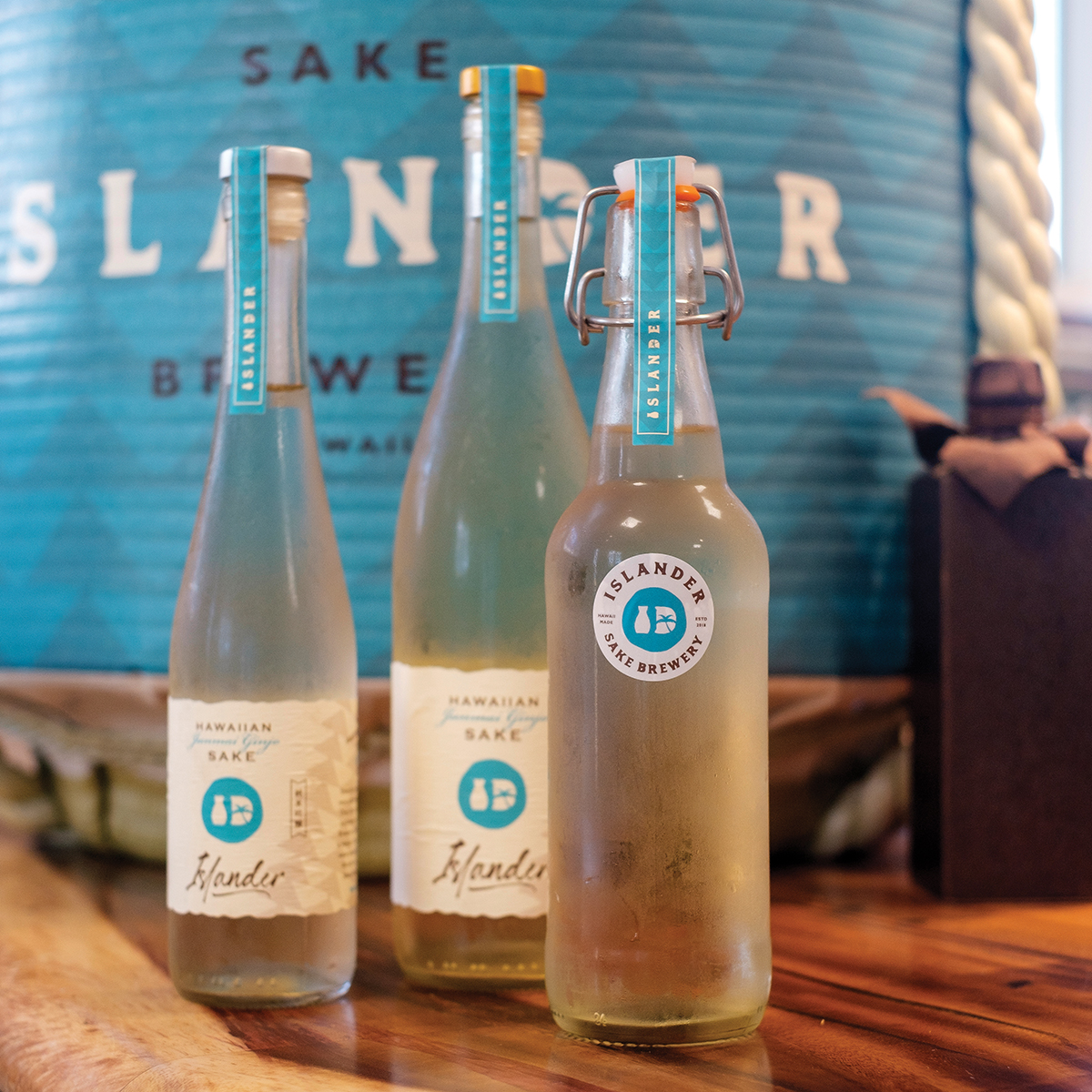 She knew she wanted a location in town, an accessible place where people could taste and learn more about sake and brewing. “In Japan, every village has a little brewery,” says Hirose. “That is the center of community,” and what he and Takahashi hope Islander Sake Brewery will be. In Takahashi’s previous work consulting with wineries in Japan, she discovered the more wineries there were in a region, the more wine people drink. She found her spot in Kaka‘ako, the unofficial hub of O‘ahu’s brewing boom (of beer). “My intention is not just making sake,” she says through a translator. “I want to meet people who want to learn to make sake—then that person will lead sake’s future. Until now, sake brewing techniques are mostly confined to Japan.” She hopes by lowering the barriers to sake knowledge, she can “make Japanese sake more popular to the world.”

In this sense, she’s reviving Hawai‘i’s sake history. There was a time when locally brewed sake was found at Longs, and the brewery that made Primo also brewed sake. Hawai‘i’s first sake brewery, which became Honolulu Sake Brewery, began in 1908 in Pauoa and survived for 81 years, through Prohibition and Japanese internment. It was the most influential sake maker outside of Japan, pioneering sake to be drunk cold, sparkling sake in 1939 and even sake cocktails in 1949. And now, 31 years after it closed, Islander Sake hopes to take up its legacy—sake, a conduit to God? Perhaps. But to history? Definitely.