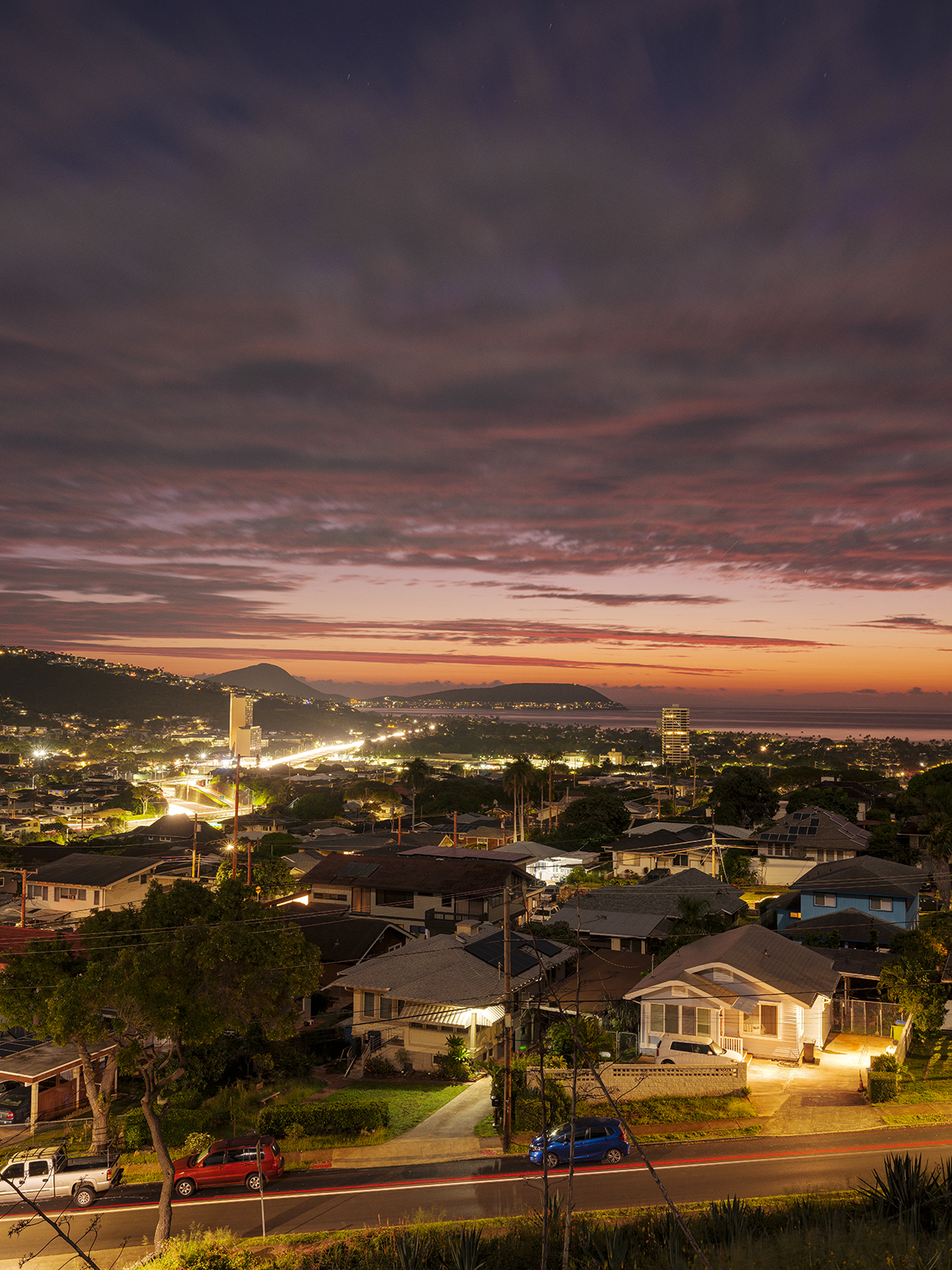 Some people choose to start their day in East Honolulu hiking the popular Makapu‘u Lighthouse Trail or the newly restored Koko Crater railway. We’ve got a better idea. Head to one of Hawai‘i Kai Towne Center’s newest spots, Māla Market. The vegan and gluten-free friendly establishment serves healthy sandwiches heavy on the veggies. We recommend the signature Māla Delight, but whatever you get, a side of cilantro-lime dressing is a must.

Drive over the Wailua Street bridge spanning the marina and spot the bird sanctuary, referred to as Rim Island 2, on your left as you make your way to Mariners Cove. At the back of the neighborhood, a single-lane road leads deeper into Kamilo Nui Valley, where you’ll find a cassava plantation and some nurseries. Pick up a few pots of kitchen herbs at the lush and sunny Nii R&S Nursery Inc.

SEE ALSO: A Local’s Guide to an O‘ahu Road Trip: Waimānalo to Kahana 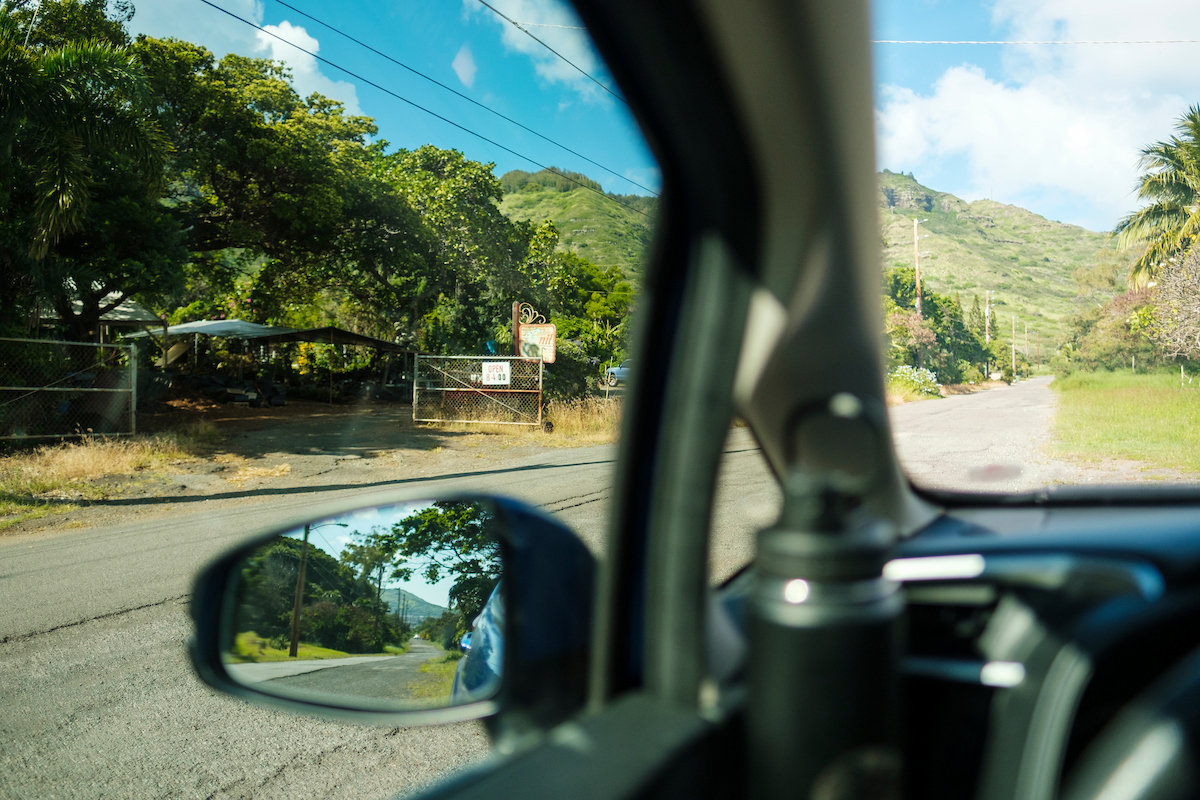 You could drive 2 miles straight to Koko Marina along Lunalilo Home Road, but we recommend taking the 5-mile scenic byway around the coast before you settle into your seat at Consolidated Theatres Koko Marina. Along with blockbusters, the theater often shows films that aren’t playing elsewhere on the island.

♥
DID YOU KNOW
Koko Head and Koko Crater are two different mountains (hence the name of the area, Maunalua). Koko Crater, or Kohelepelepe, features the railway stairs; Koko Head, or Kuamo‘okāne, is above Hanauma Bay.

You should be able to make it to Jack’s Restaurant in ‘Āina Haina before it closes at 2 p.m., but it wouldn’t hurt to call in a takeout order ahead of time. The almost-60-year-old diner serves breakfast all day, so order some corned beef hash and Jack’s Special Biscuit—grilled is always better—served with honey butter. 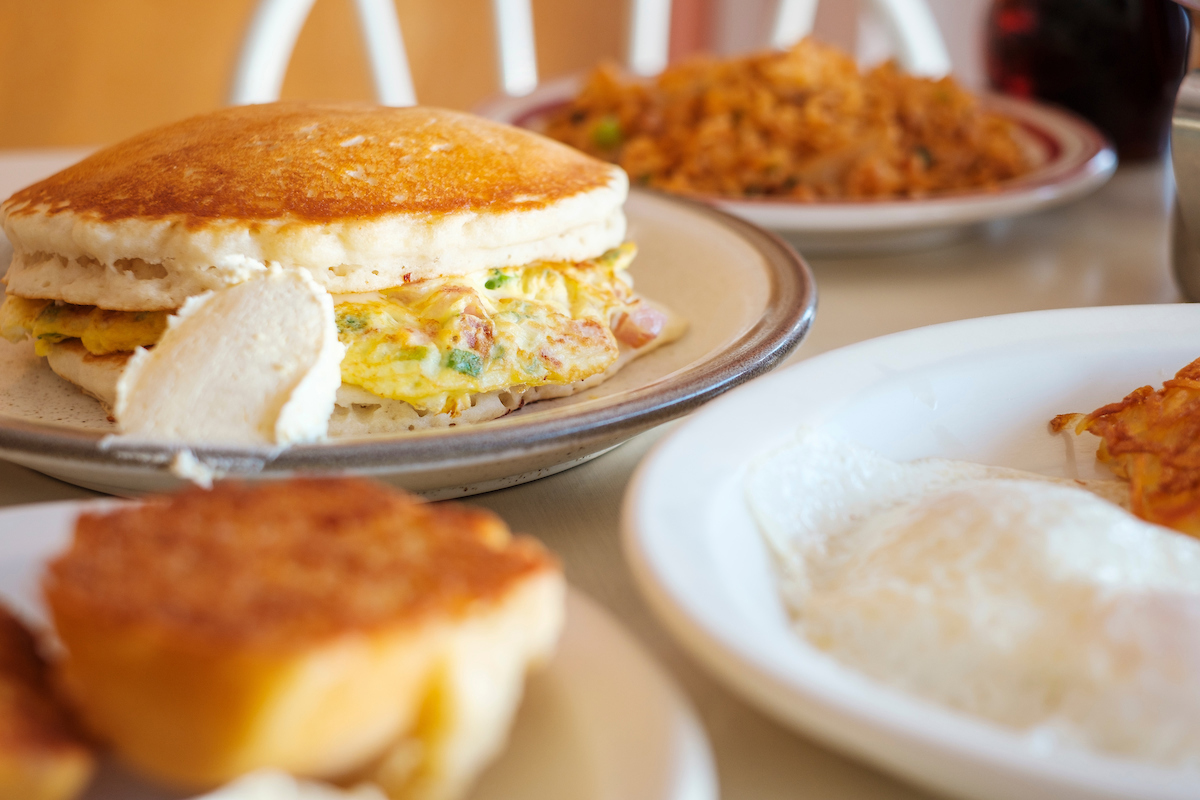 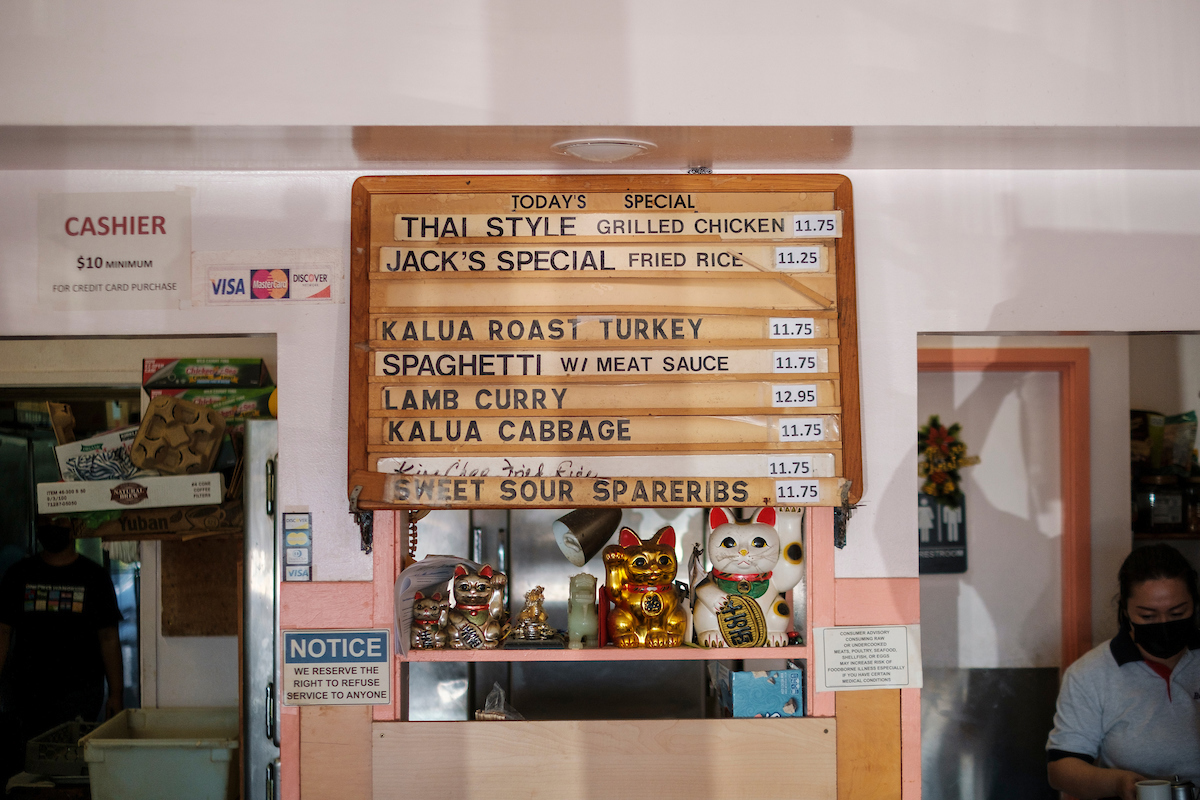 ♥
DID YOU KNOW
Jack’s Restaurant opened in 1964—four years before Hawai‘i’s first McDonald’s (in the same shopping center).

It takes about 15 minutes to get to Mu-Ryang-Sa, the Korean Buddhist temple in Pālolo. On the way you’ll notice that Wai‘alae Avenue’s Goodwill store is closed, but only temporarily—one of the nonprofit’s top-selling locations shuttered last March for renovations, with plans to reopen.

Mu-Ryang-Sa sits deep in the valley where the cool air is still, the silence interrupted by the sounds of parakeets. Explore the grounds of the largest Korean temple outside of the Korean Peninsula—especially the Garden of Ji Jang Bosal, which holds more than a thousand figurines of disciples. Admission is $3. 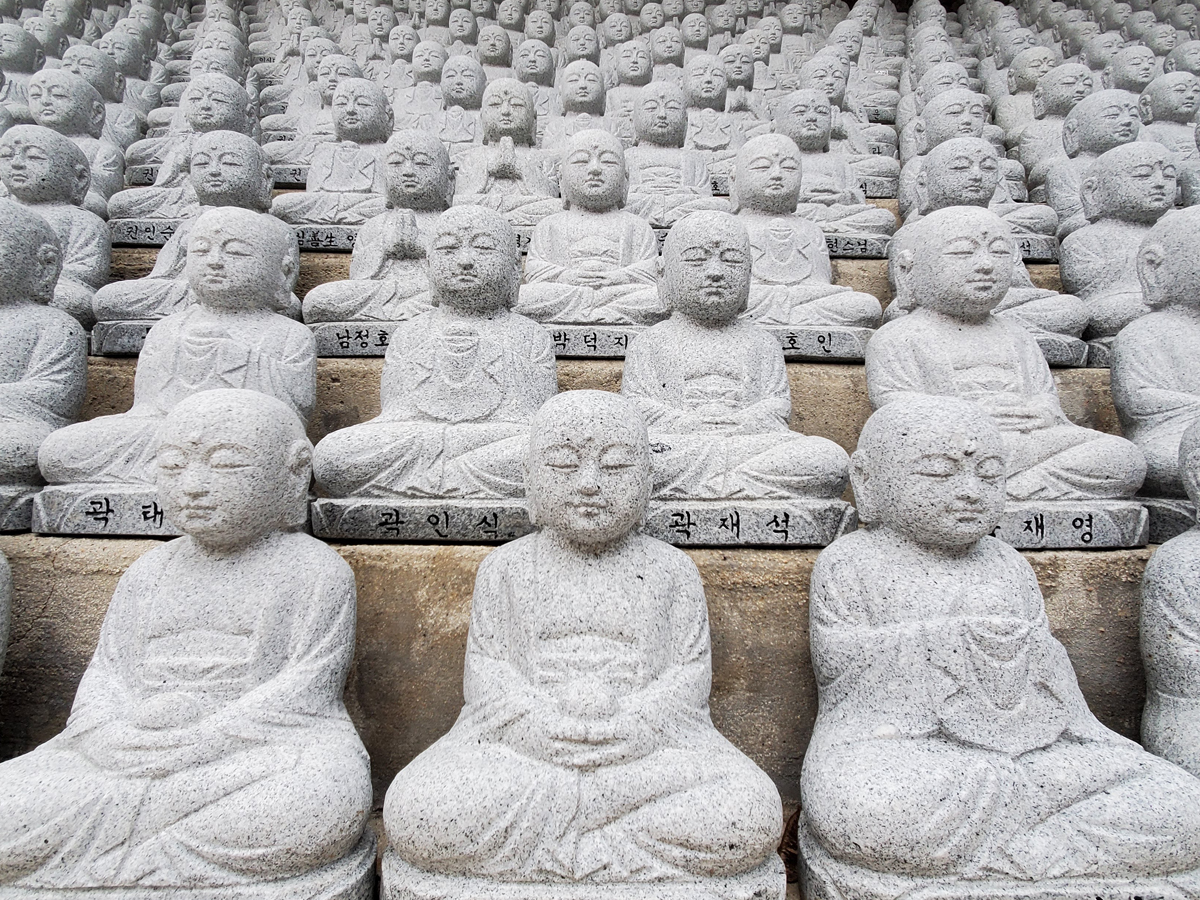 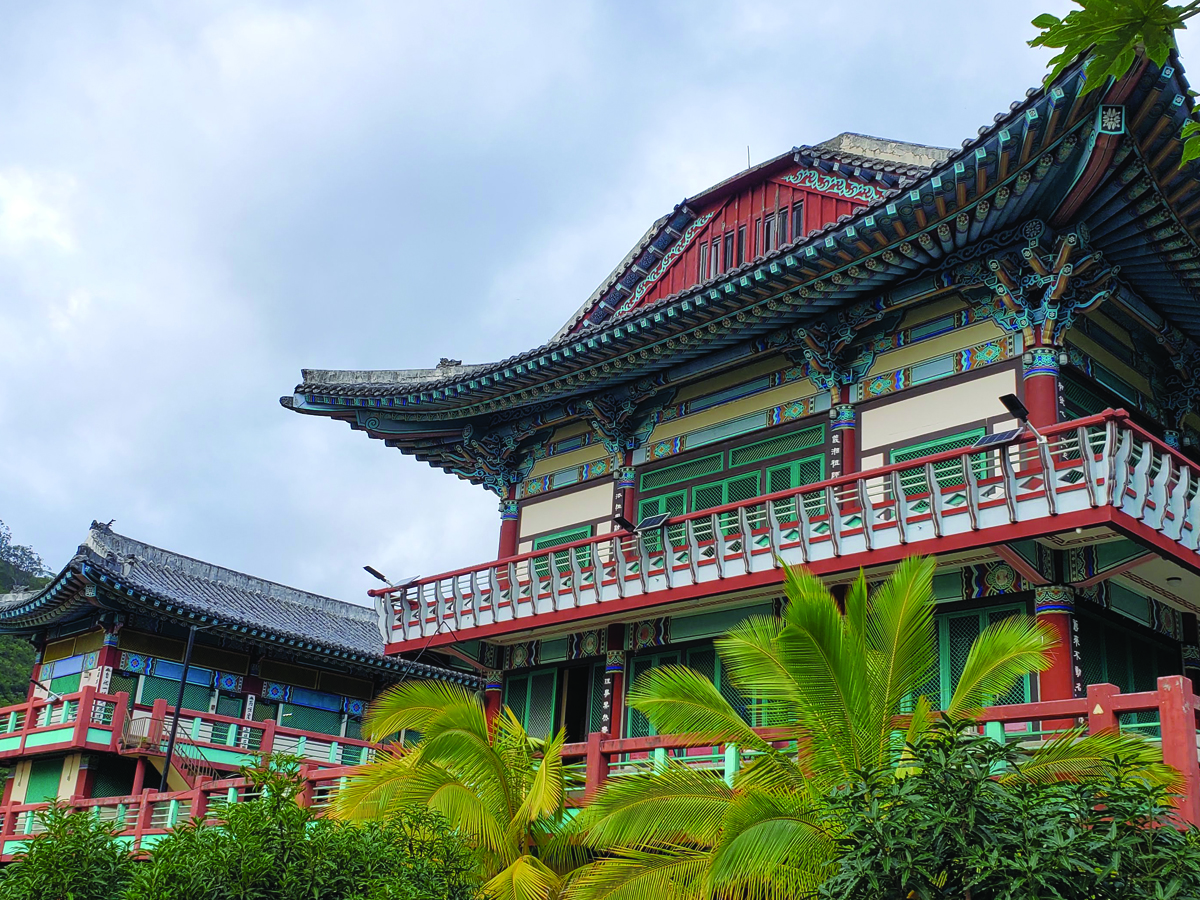 Newly centered, head to Center Street to visit Mutual Publishing. The local publisher’s bookstore isn’t as well-known as Da Shop: Books + Curiosities on Harding Avenue but offers a small selection of cookbooks, keiki lit and more. Park across the street in the public lot—it’s free for customers for one hour. 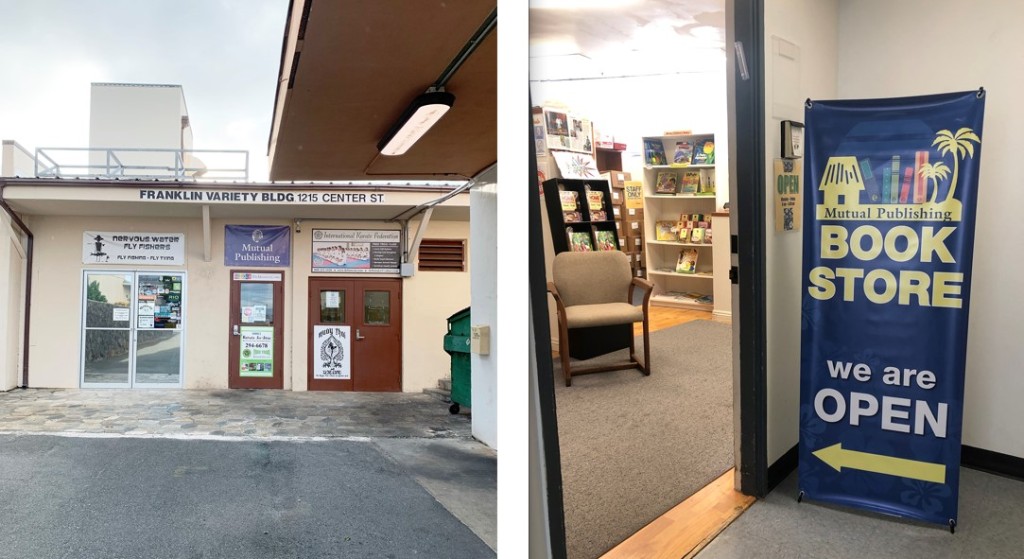 While you’re in the neighborhood, leave yourself enough time to explore shops: ‘Awa + ‘Ōlena, Crack Seed Store and Sugarcane Shop. Then swing by Bubbly & Bleu, a new cheese boutique run by food industry veterans Cheryl and Fred DeAngelo, for gouda dip and crackers. Cheese in tow, it’s time for a picnic at Pu‘u O Kaimukī Park, brighter these days with a community mural spearheaded by Solomon Enos, 808 Cleanups and EnVision Kaimukī. You may need to park a few blocks away on Ocean View Drive but it’s a pleasant walk in the late afternoon. Read your new book and enjoy your cheese until it’s time for dinner at the Vietnamese bistro Broken Rice. Skip the pho and order the eatery’s signature dish—a double serving of marinated pork chops atop a generous mound of fragrant broken rice. A side of “vegetarian salad,” crunchy with wood ear mushroom, jicama and roasted peanuts, completes your meal. 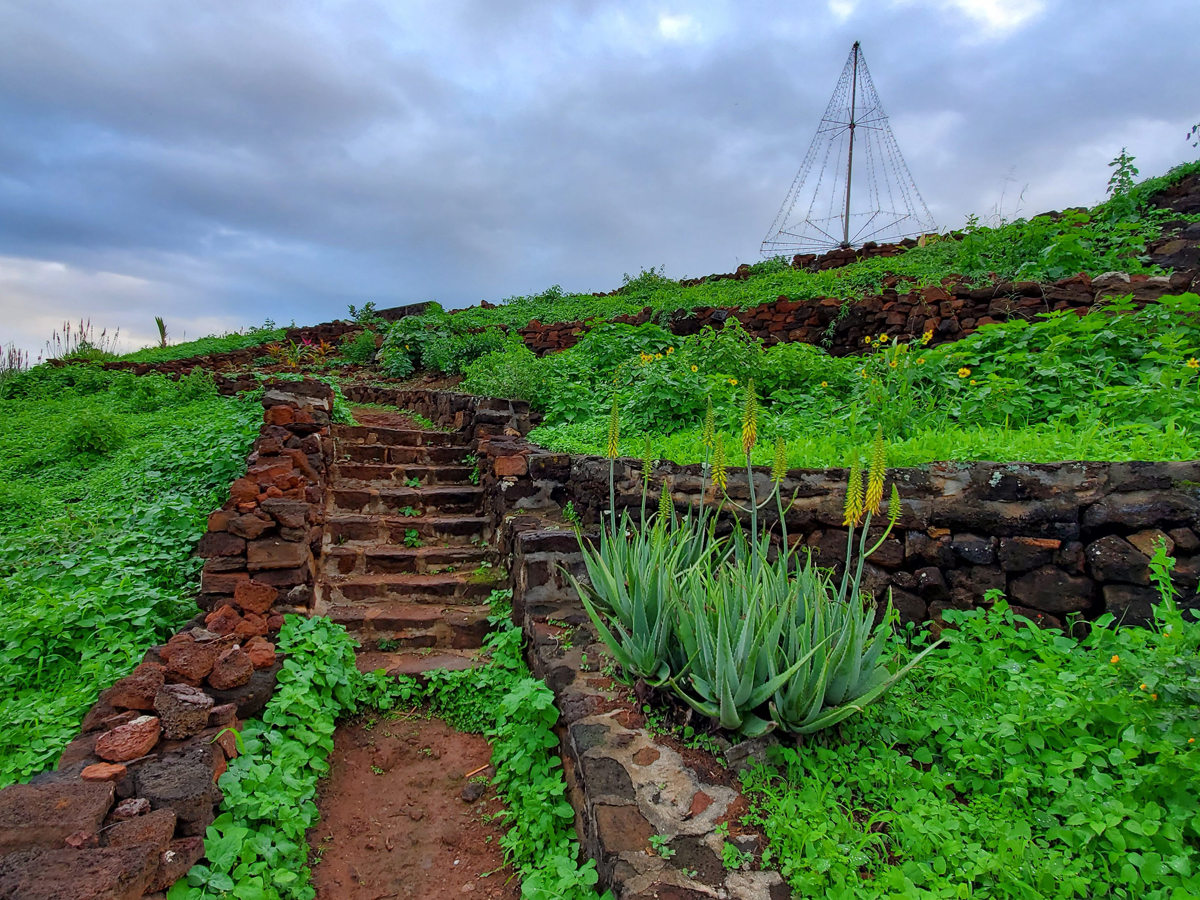 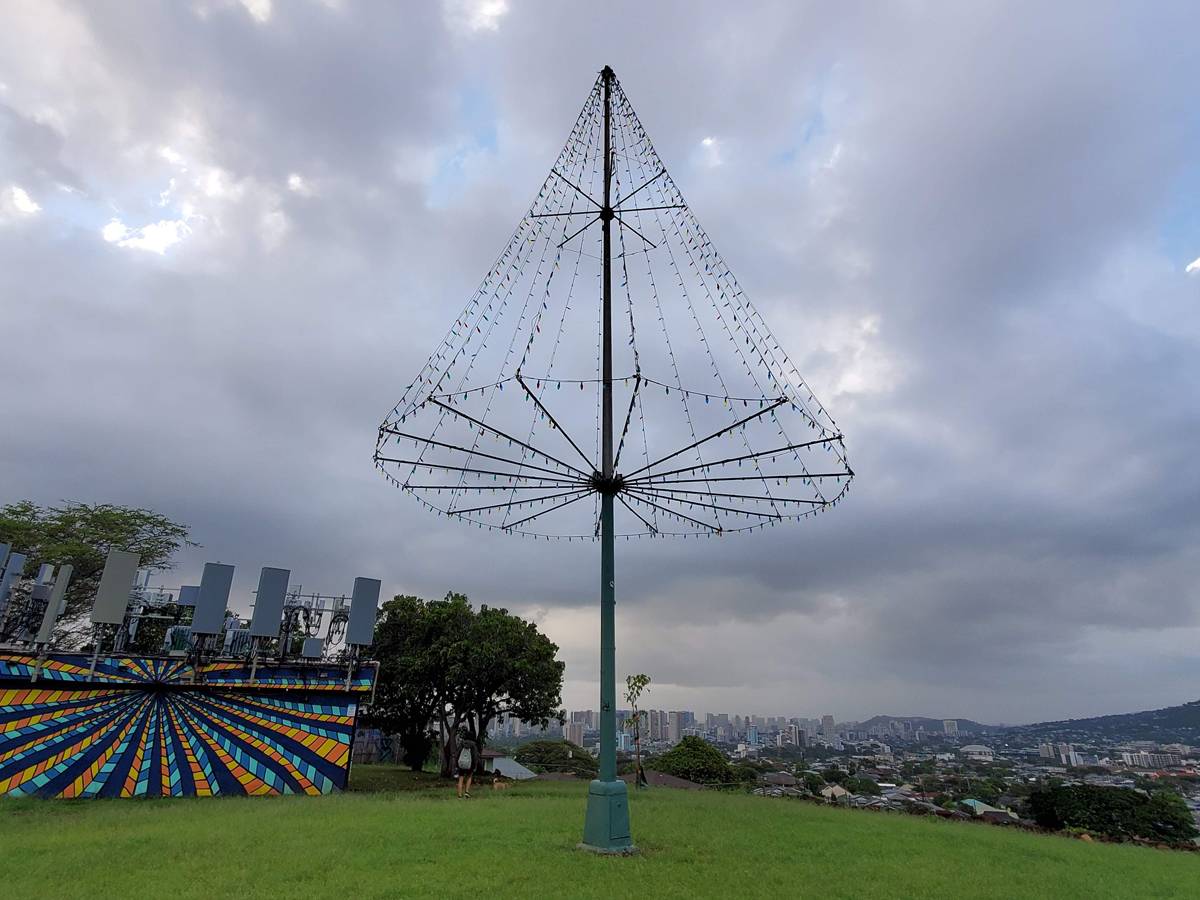 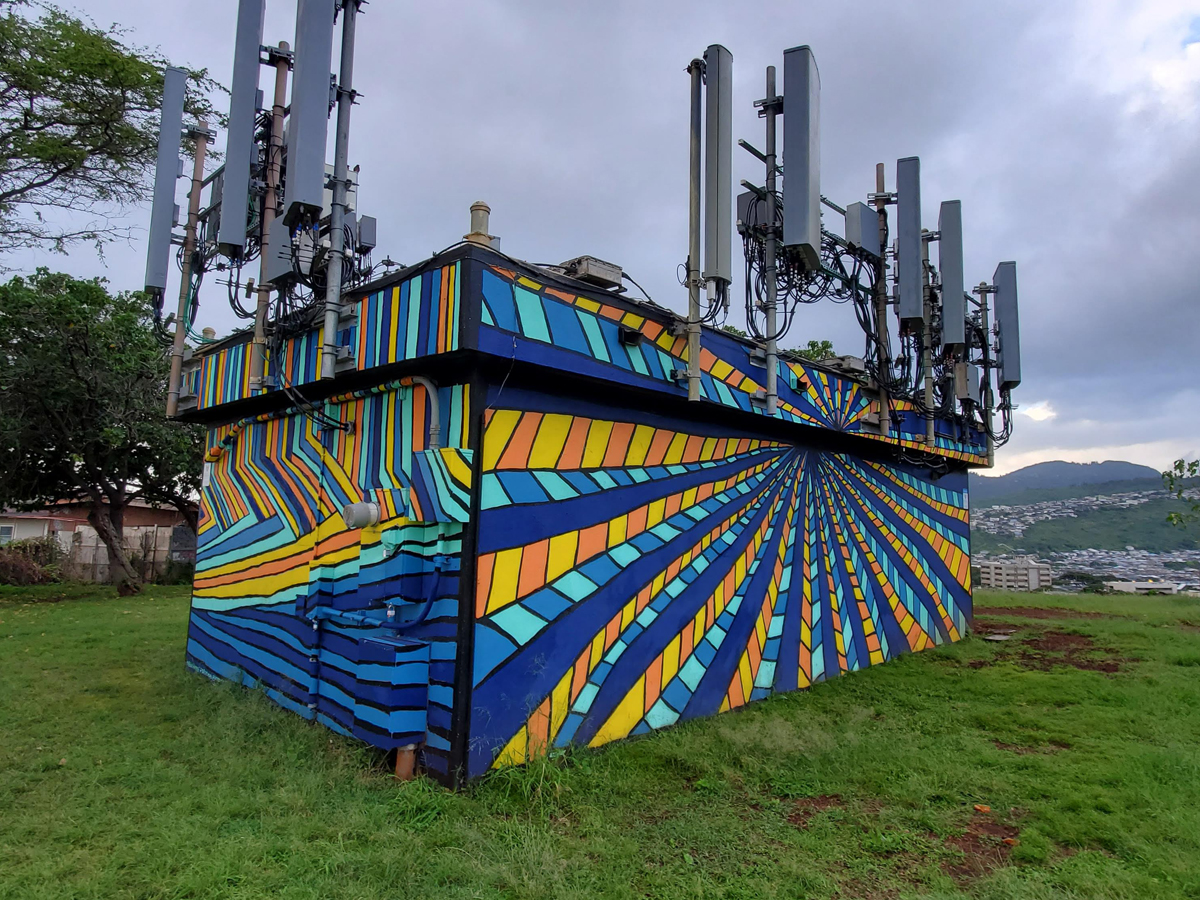 ♥
DID YOU KNOW
The Pu‘u O Kaimukī Park community mural is based on kapa designs related to stars and the proverb, “O nā hōkū nō nā kiu o ka lani,” or “The stars are the spies of heaven.”

10:30 a.m.: Check out a few nurseries before taking the scenic byway along the coast to Koko Marina.

2:15 p.m.: Give yourself an hour to explore Mu-Ryang-Sa and meditate amid the quiet.

3:15 p.m.: Drive 6 minutes down the hill to Mutual Publishing and other shops in the area.

4:30 p.m.: Pick up a snack at Bubbly & Bleu. Cross over the freeway and search for street parking along Ocean View Drive.