Ahu Hettema felt trapped. Unable to return home to Mersin, on the coast of Turkey, she says because of immigration complications and missing paperwork, she steadily descended into depression. When her husband, Brandon Hettema, found a job in the Islands, the couple moved from San Francisco, where she had attended college, to Hawai‘i. They hoped being near the water—such a familiar part of Hettema’s childhood—would lift her up. But two years later, it wasn’t working. Then her mother, Nilli Yildrim, landed on O‘ahu with a suitcase of spices and ingredients from home. The same dishes that comforted Hettema as a child helped heal her, and inspired her to share. 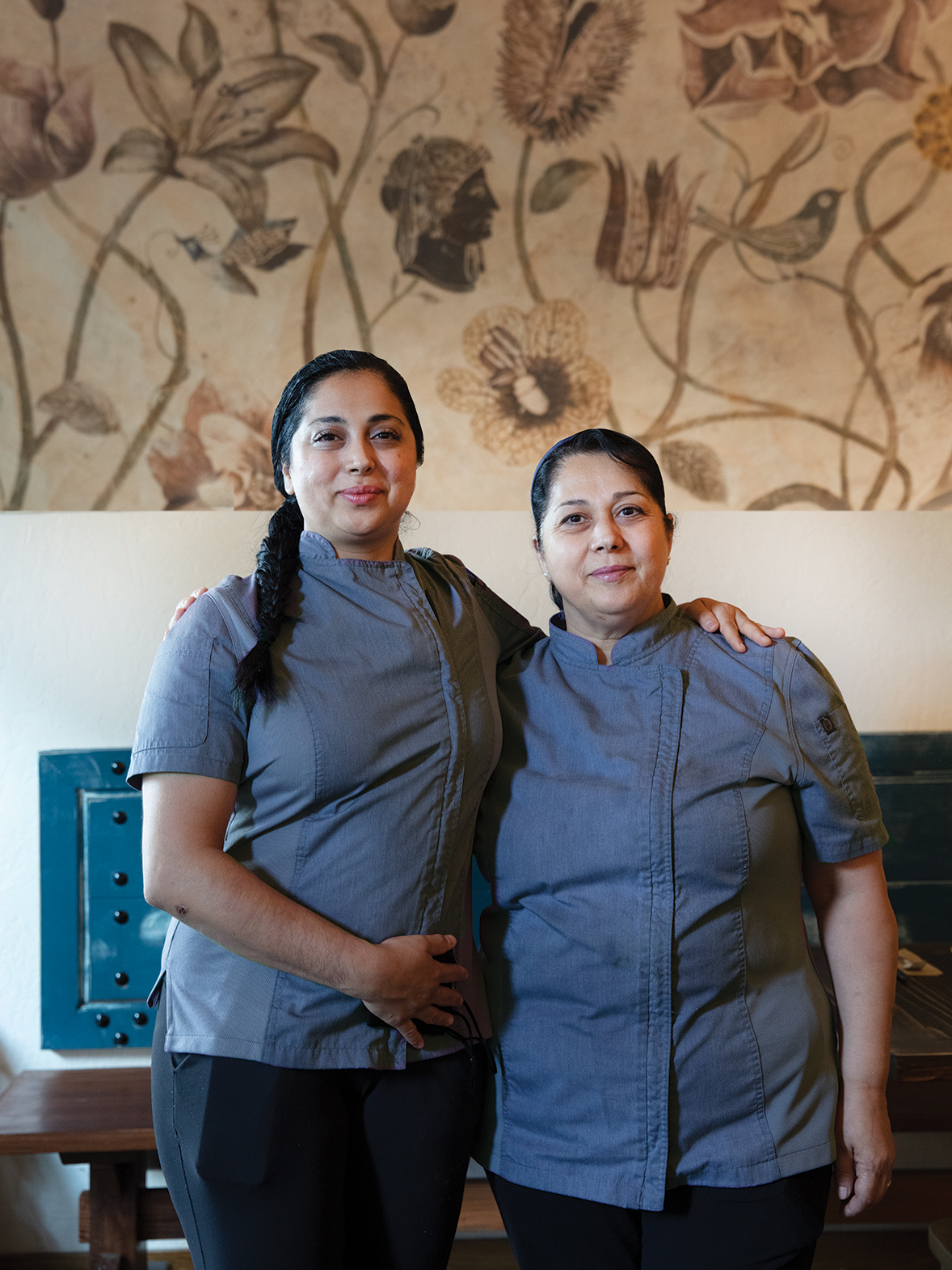 Foods like muhammara, a creamy red pepper spread thickened with walnuts and pomegranate molasses. And iskender doner, originally a signature dish of Hettema’s father, which pairs tender strips of seasoned lamb with a thick tomato sauce and savory rice. And hatay kunefe, a sweet and savory dessert of fresh cheese wrapped in kataifi dough then topped with a honey syrup and crushed Turkish pistachios.

Cooking for friends and neighbors became a joy for the former artist and in 2015 Hettema, her husband and her mother began selling Turkish food at O‘ahu farmers markets. Then, in 2020, they began pouring their energy—and their family’s entire retirement savings—into a brick-and-mortar at Ward Village. Hettema designed the restaurant while her parents helped develop the current menu, which includes the popular meze platter composed of the luscious muhammara; humus (the Turkish spelling of hummus); spanakopita; and peynir and karpuz, a watermelon salad with feta and olives. Other standouts include the Ottoman musakka, a nourishing stew of rib-eye, zucchini, and carrots with a hint of cinnamon. Her husband helped create the restaurant furnishings while her father constructed almost everything else. For the restaurant’s sign, a friend of Hettema’s father fabricated the letters in Turkey and sent over each letter one by one, which Brandon Hettema installed. 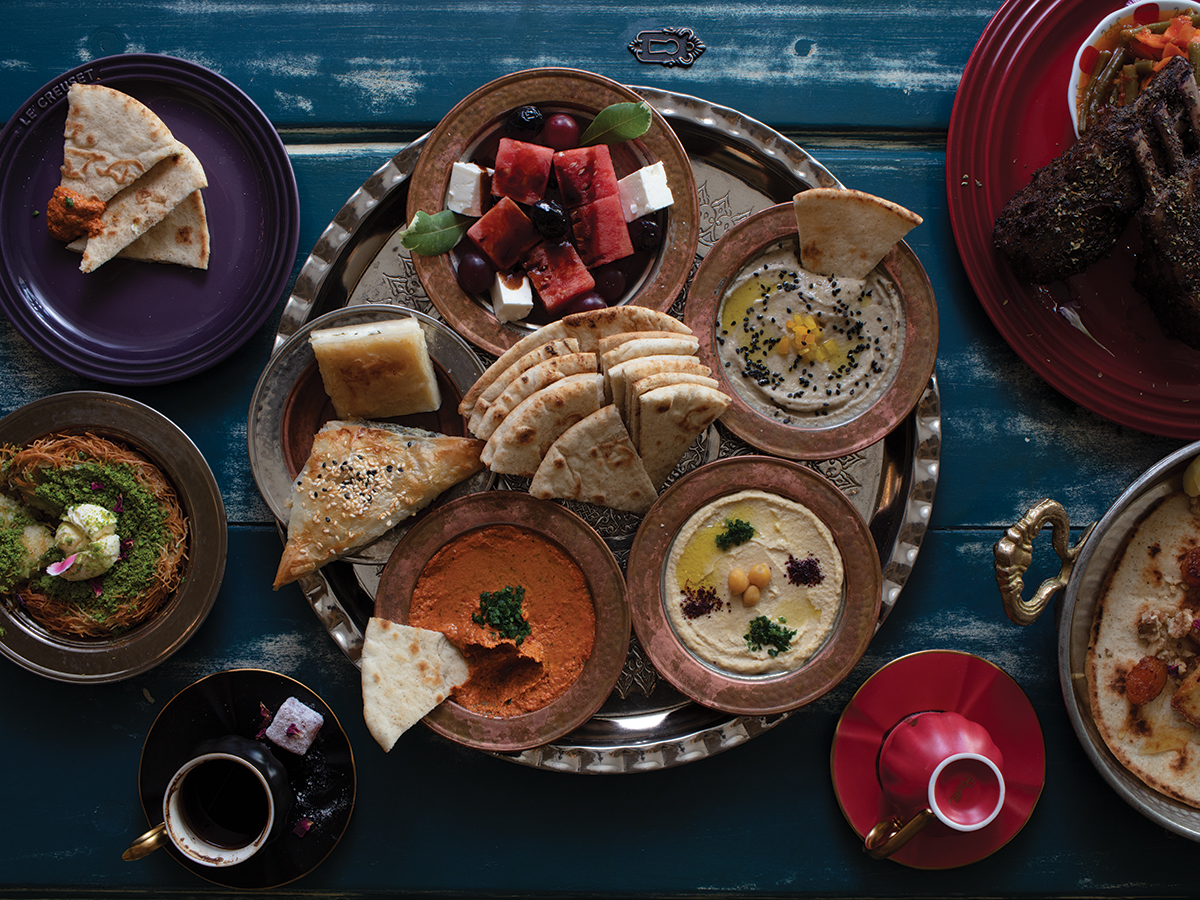 Near the end of June 2020, a year after beginning the process, Istanbul Hawai‘i finally opened its doors—and its pandemic-friendly patio—to an insatiable public. Beneath the vine-covered trellis shading Istanbul’s outdoor seating, a setting that reminds her of home—and is the very reason she wanted this particular space for her restaurant—Hettema, with tears in her eyes, says: “I feel like this place is not just mine; I have to come and work hard every day to keep this place open for everyone. The power of food can take you out of the darkest times, and sharing that food is what matters.”

SEE ALSO: Taste Flavors from Turkey at the New Istanbul Restaurant in Kaka‘ako

What to order from the Best Mediterranean restaurants in Hawai‘i 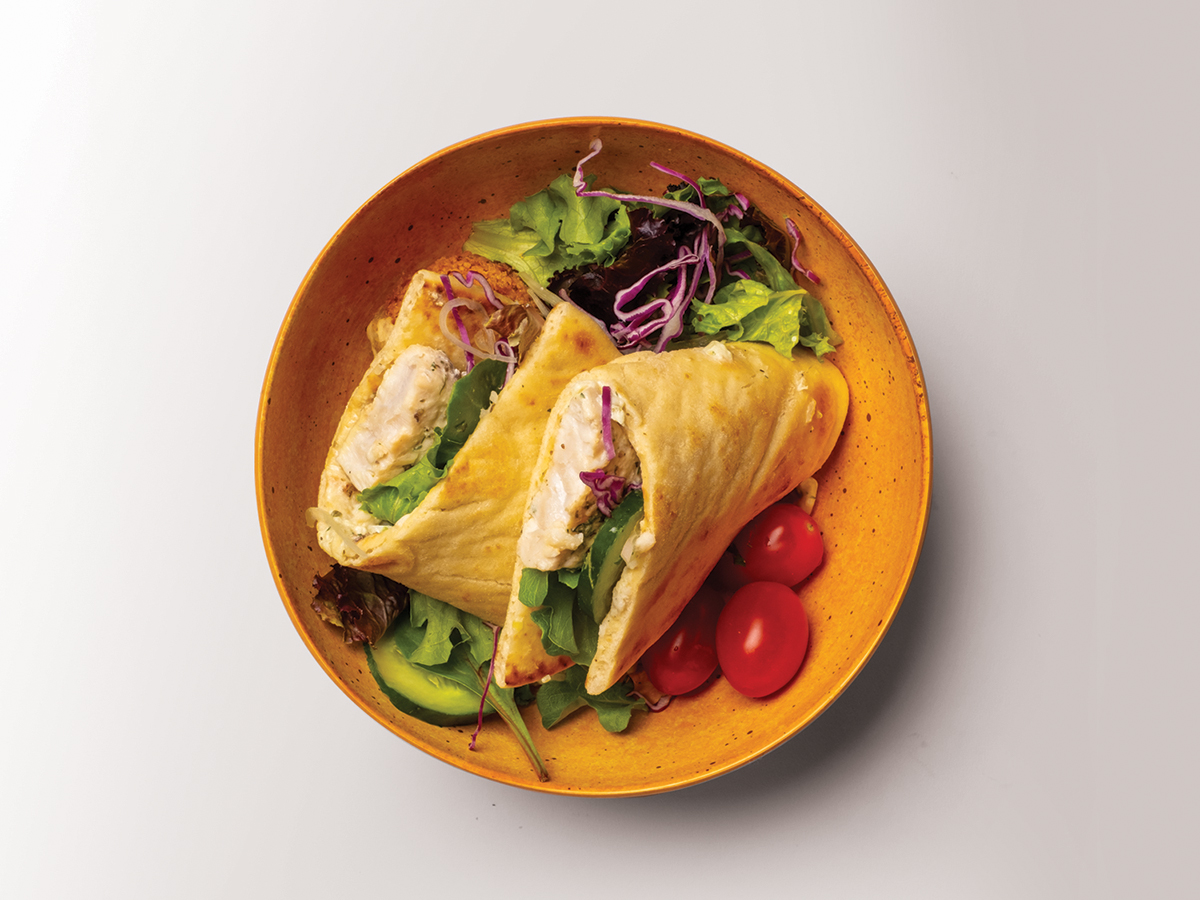 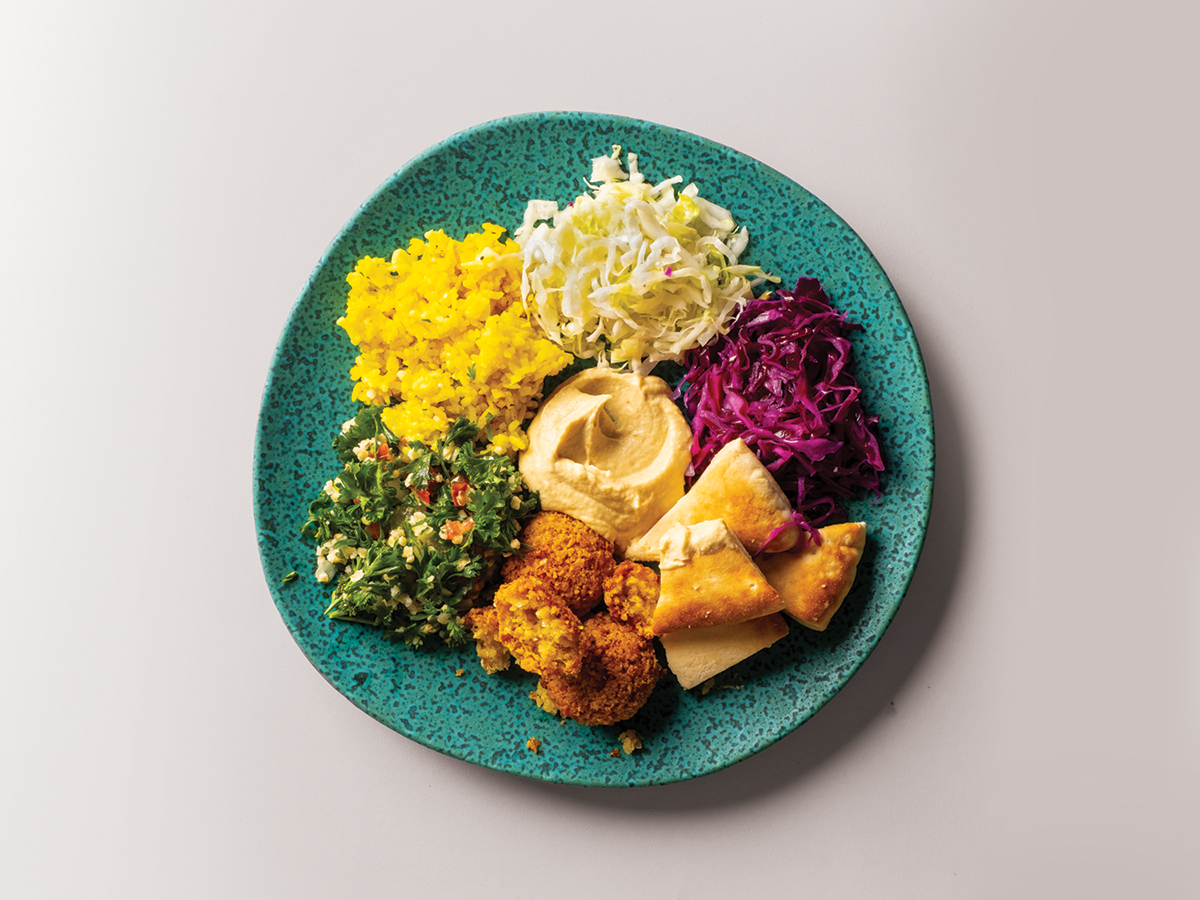 Sagi Asiskovich came from a town near Tel Aviv, Israel, to Hawai‘i to surf. With him he brought his tahini-rich hummus and the will to feed people. The small Wai‘alae eatery turns out the island’s best pita, fluffy and soft, served alongside dishes and sides that include crisp falafel and bright cabbage salads. 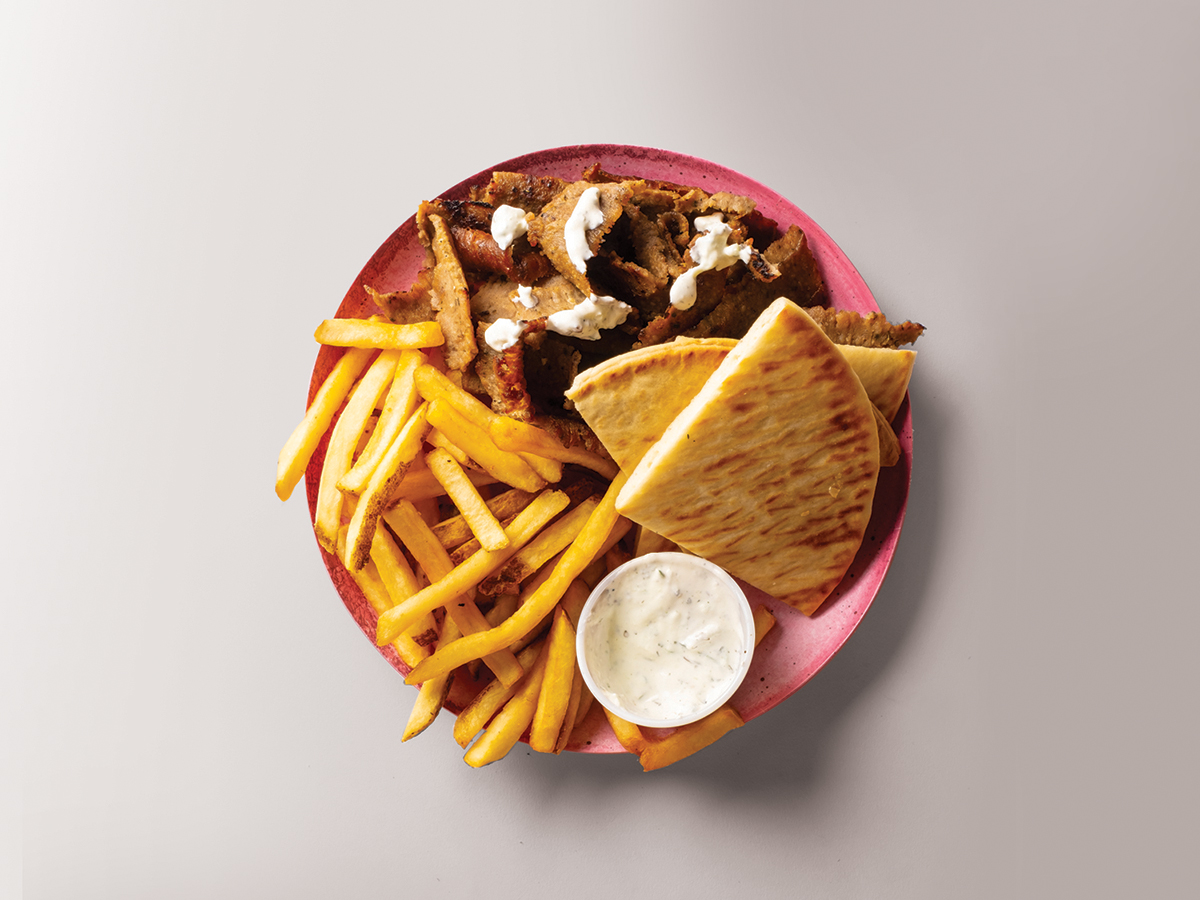 Tarek Guirguis has been serving Greek food in Hawai‘i for more than 20 years, first at the Greek Corner in Puck’s Alley, then, since 2004, at Greek Marina, a Hawai‘i Kai mainstay. The popular gyro plate deconstructs the usual handheld pita sandwich, offering thin strips of roasted beef and lamb crisped on the edges atop your choice of salad or fries. Pro tip: Order an extra side of tzatziki for dunking.

10 of Our Favorite Hot Drinks to Warm Your Spirits

October 2022: Our Top 3 Most Viewed Posts About O‘ahu’s Food Scene