Here are the results of Frolic’s reader poll asking you to name your favorite Japanese delis. 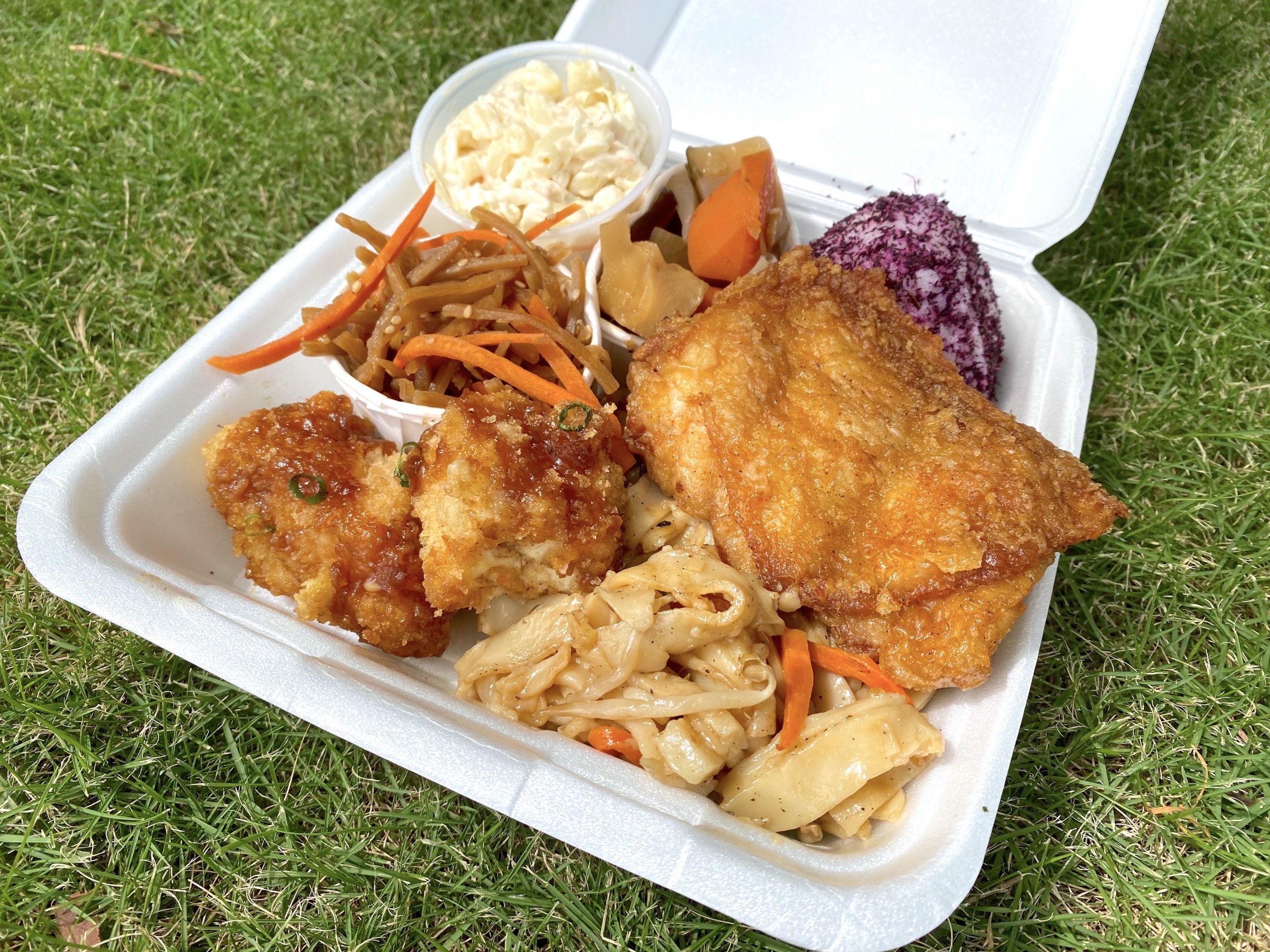 We knew okazuya were popular, but whoa! When we published a poll last week asking you to name your favorite Japanese delis on O‘ahu, more than 1,000 of you responded. The results were illuminating: Your Top 5 produced one clear favorite far ahead of the rest, with nearly a third of all votes; the other four were distributed evenly around the island.

A note about methodology: Everyone could vote only once. Those who responded on our Facebook and Instagram with their faves weren’t counted because we had no way of verifying whether they had already voted in the poll. The poll also allowed write-in votes, which produced a slew of responses including long-closed okazuya and some on other islands.

So which five okazuya are your favorites on O‘ahu? Scroll on to find out.

Home of sushi hand rolls, fried rice musubi, even Hawaiian plates. A Windward side favorite with 7.5% of the total vote, Masa & Joyce has been in business for 43 years—and there’s even talk about expanding to Hiroshima, Japan.

This deli-within-a-restaurant opened in 1965 in Waimalu and came under new ownership a couple of years ago, but thankfully the menu remains intact, including the famously good and ginormous cone sushi. Adobo, chorizo and other eclectic dishes round out a menu of Japanese and local-style faves, enough to garner 7.8% of votes. 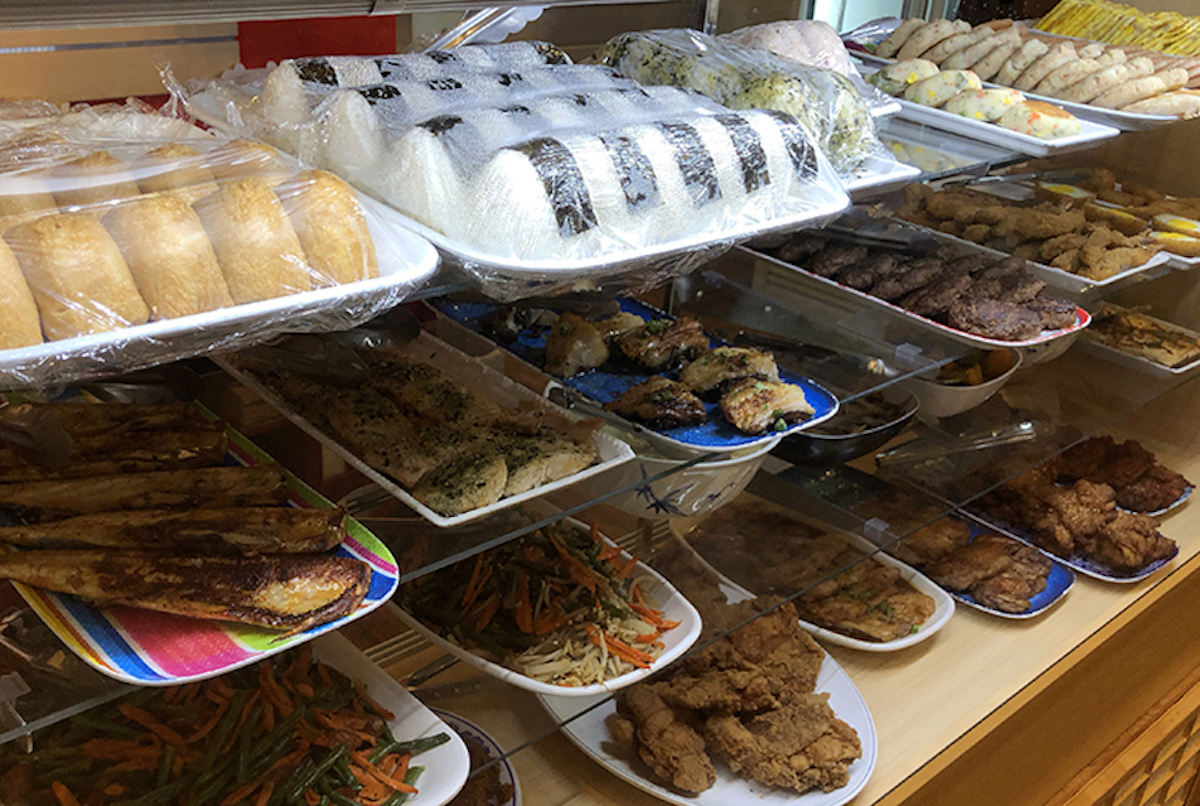 A longtime fave near Downtown and Chinatown, Nu‘uanu is famous for its house-made fishcakes, including one with Spam, and eclectic dishes like collard greens. This one is so popular, a couple of years ago it expanded into the space next door, with a few tables for dine-in when COVID conditions permit. Nu‘uanu takes third spot with 9.2% of votes. 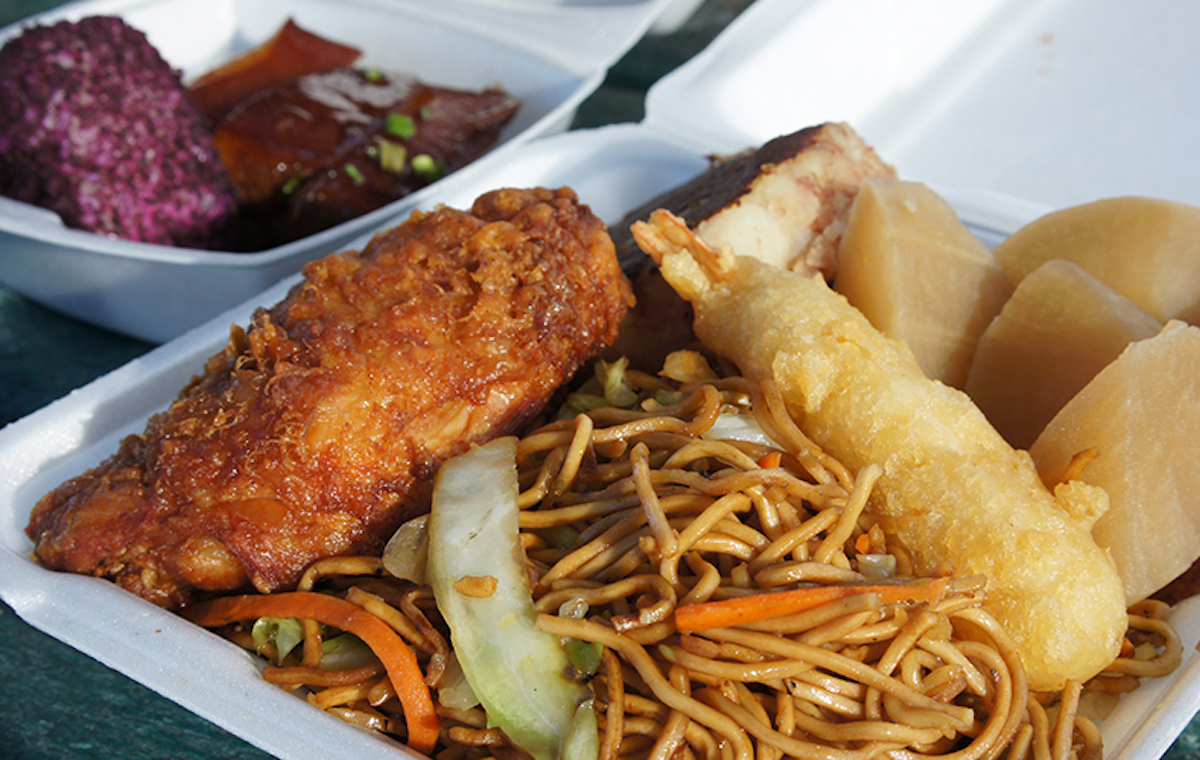 Plenty of people love Gulick—11.2% of all readers who voted in our poll, to be exact. A Kalihi institution for more than 40 years, it has one of the island’s most eclectic selections, with dishes like guisantes, char siu and Okinawan sweet potato salad in addition to standard okazuya fare. Parking can be challenging, a minor inconvenience that doesn’t deter Gulick’s fans.

Holy musubi, okazuya fans, 32.4% of you voted for Fukuya as your absolute favorite Japanese deli on O‘ahu. This fan favorite is also the oldest among Your Top 5, in business in Mō‘ili‘ili for 82 years. Now run by its founder’s great-grandson, Fukuya still has many of its original dishes, giving it one of the most traditional local-style Japanese selections on the island. Exceptions include four different kinds of fried chicken and specialty rolls stuffed with teri beef, chicken or hot dogs, all very popular.