Worth the Splurge is about luxe foodie moments that make a good case for their steeper price tag. Whether it’s rare ingredients or impeccable techniques, we’ll show you why these tasty upper echelon cravings are worth every penny. 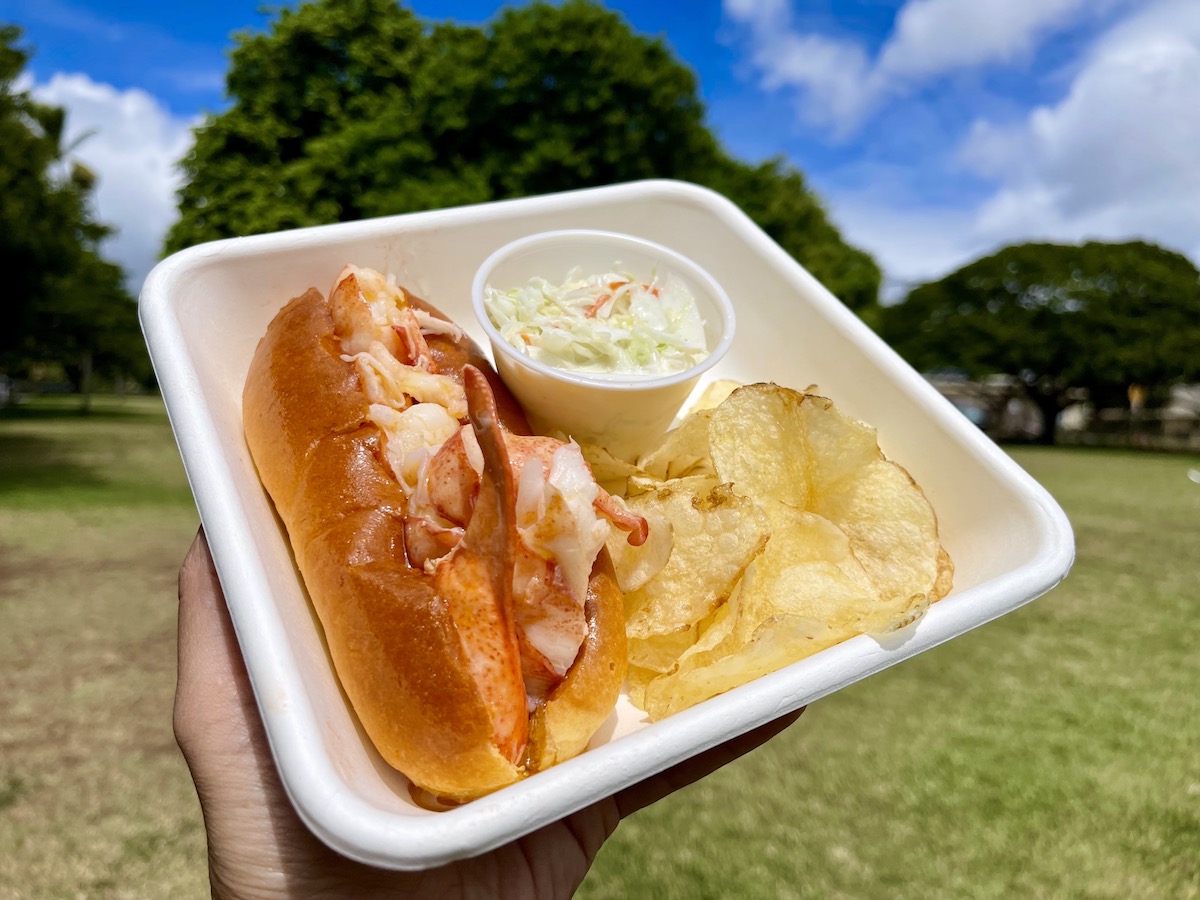 A few years back a close friend of mine got married on a small island in Maine. Every day was filled with crab cakes, shrimp and fries—and a hunt for the perfect lobster roll. Until then my few tastes of the iconic sandwich, mainly on the West Coast, had been mayonnaisey, herby encounters that left me with very little idea of the flavor of good lobster. The lobster rolls I ate on that wedding trip put fresh Maine lobster front and center, with claw, tail, and knuckle meat intact and dressed with little more than hot, drawn butter. When lobster rolls took off on O‘ahu I looked for a perfect and simple roll that would take me back to those sun-drenched days in Maine, but local versions were always gussied up. Then I heard murmurs that a new lobster roll stand was flying in fresh lobster from Maine. Could it be true? 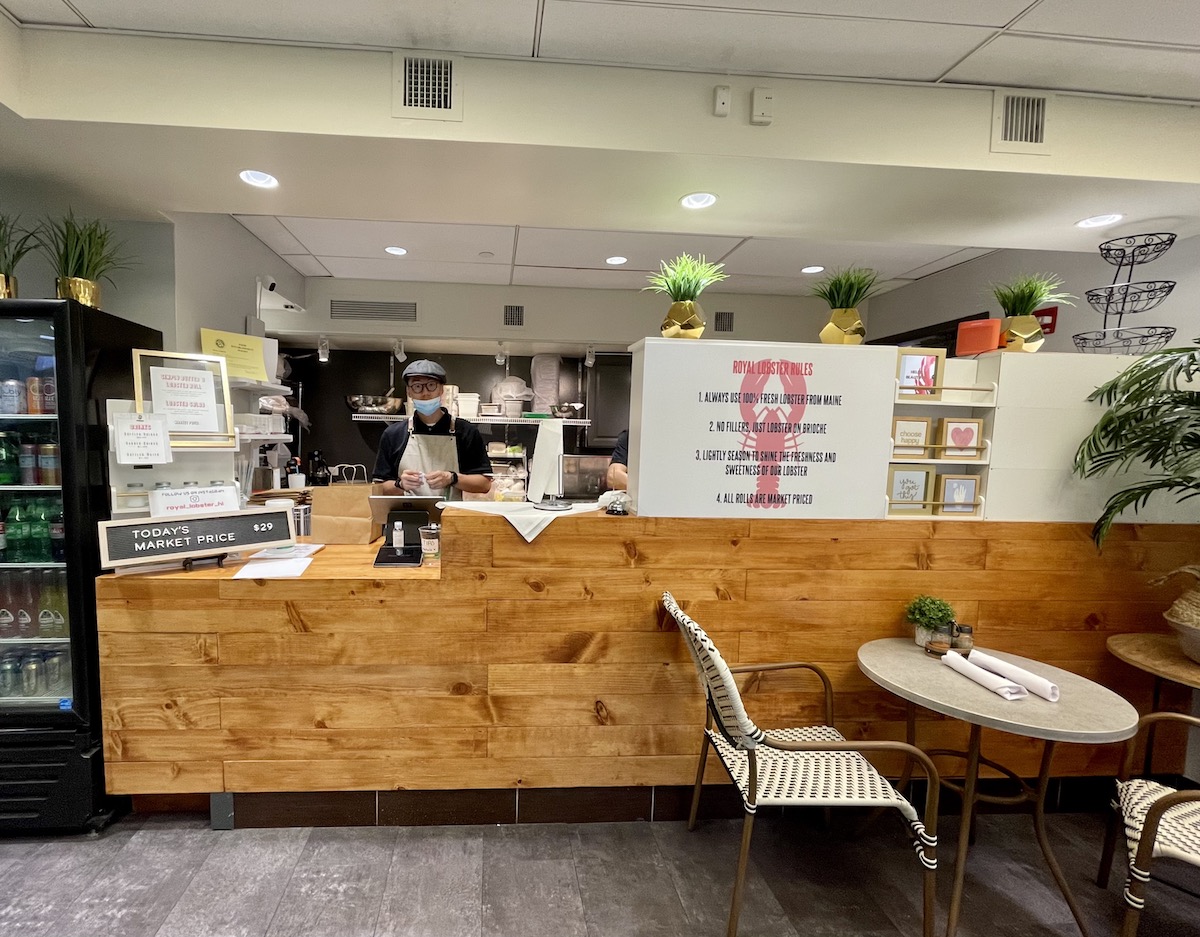 Yes, it’s true! Royal Lobster is just down the stairs at Waikīkī Shopping Plaza, between ABC Store and Victoria’s Secret. After trying every lobster roll on island and beyond, he says, owner Justin Sok decided to keep his simple. In my opinion, this no-fuss approach has made all the difference.

Lobster rolls are notorious for their opulent price tags. They’re the handheld equivalent of wearing a sweatsuit to a Michelin-star restaurant—comfy yet rich. Most rolls around Honolulu feature varying amounts of pre-frozen lobster meat for $20 to $30. While seafood generally freezes well, there is a certain texture that you just can’t get from pre-frozen lobster, whose flavor can get a little muddy. At Royal Lobster, pieces of sweet claw and tail have the supple resistance that you get from fresh lobster, whose juices are sealed in. These rolls come with 3.5 ounces of lobster meat (Royal Lobster’s Instagram says that’s two claws, two knuckles and a tail) in a good brioche roll with Cajun aioli, 2 ounces of drawn, grass-fed butter and a lemon wedge. Chips and cole slaw come with each order, and you can ask, as I did, for some Old Bay seasoning on the side.

SEE ALSO: We Pick Our Top 5 Lobster Rolls on O‘ahu 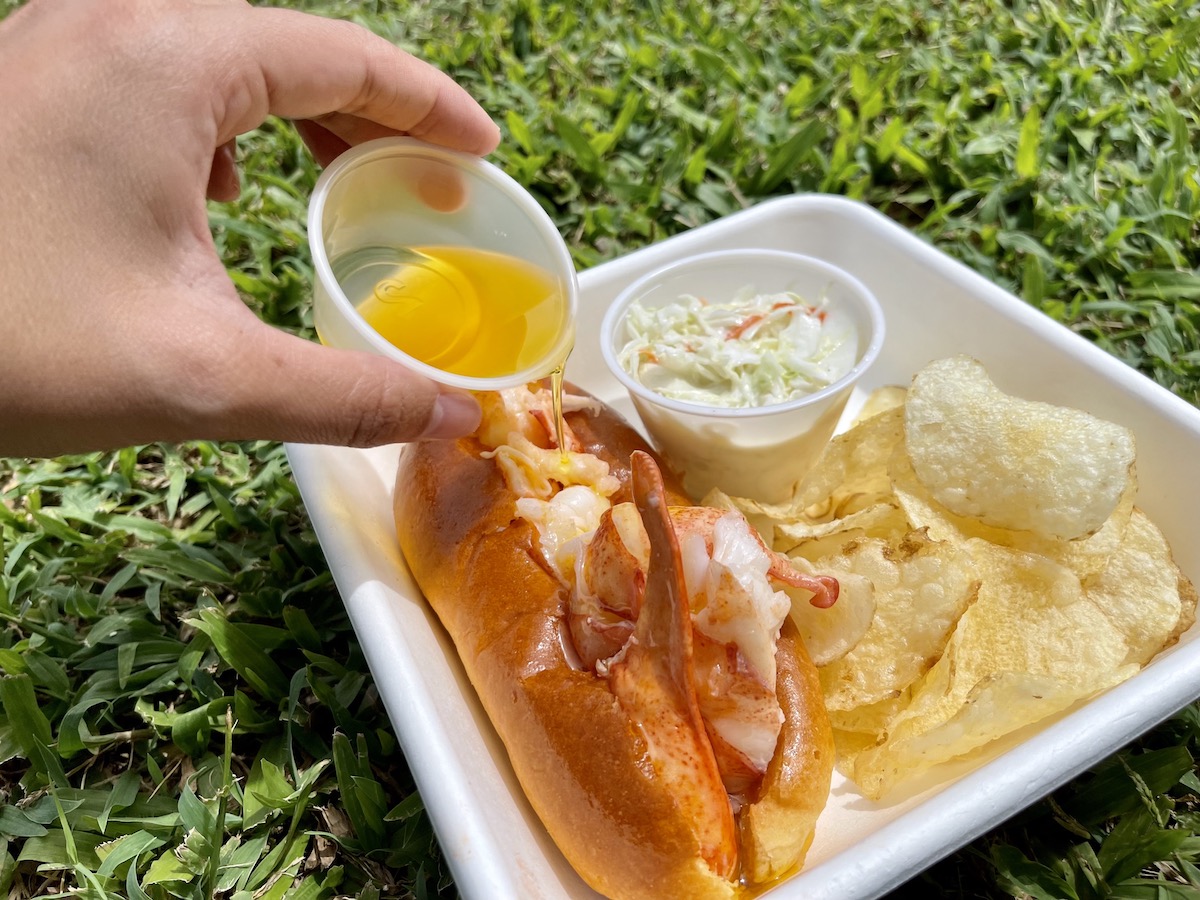 The aroma of butter fills my car as I drive to a park. I open the takeout container, squeeze the lemon atop the lobster meat and pour the butter slowly, making sure it gets in all the crevices. My first bite is without the aioli, nothing but the butter and lemon. The brioche from Whole Foods Market is crunchy on the outside and pillowy within, with just a hint of salted butter. The lobster is sweet and salty, so flavorful. Then I start sprinkling a little Old Bay and plopping a dollop of Cajun mayo on each bite. THIS is my favorite way. The Cajun aioli is bright and lemony, perfect for elevating the sweet salinity of the fresh lobster. And Old Bay, whose mystical powers with seafood may never be fully understood, completes it. Between mouthfuls of flavorful coleslaw, potato chips and more lobster roll, it’s all so very delightful. It’s not fancy, it’s just really good. And just like that, I’m a believer.

Royal Lobster flies in its Maine lobster daily, so check their social media for any updates. Prices quoted are market price, so these may change. I should mention that there’s also a lobster salad for $29, although I probably won’t ever try it. This lobster roll has my heart.