Try Coffee Is an Oasis in Kaka‘ako 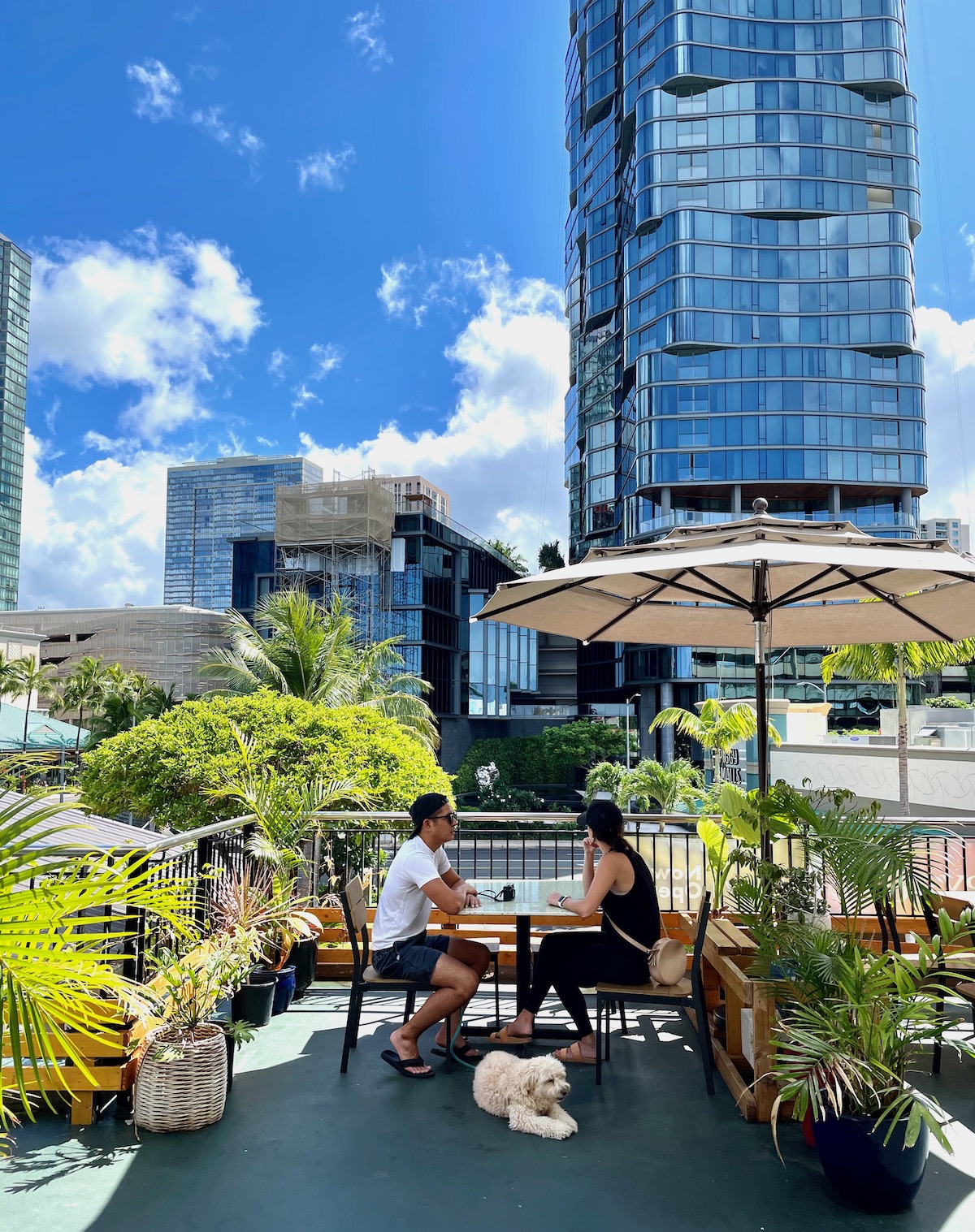 Timothy “TK” Yamada, owner of Try Coffee, asks if I like gin and tonics. I do. He recommends an espresso soda. It seems strange that water and coffee would be anything like a cocktail, and yet, the first sip is startling. The carbonation transforms the coffee, bringing out its bitterness, reminiscent of tonic, while also highlighting its fruitiness and acidity, like a wedge of lime. Yamada says adding a bit of lavender syrup makes the drink taste even more like gin. I wish he had told me earlier, before I drank it all. But that’s the only thing I wished was different about my recent visits to Try Coffee.

Few other cafés have good coffee paired with equally good food and an extraordinarily pleasant outdoor setup. The café’s lānai, attached to the new Box Jelly coworking space, is perched on the second floor, an oasis of plants and wooden furniture floating among the new, metal-and-glass high rises of Kaka‘ako. 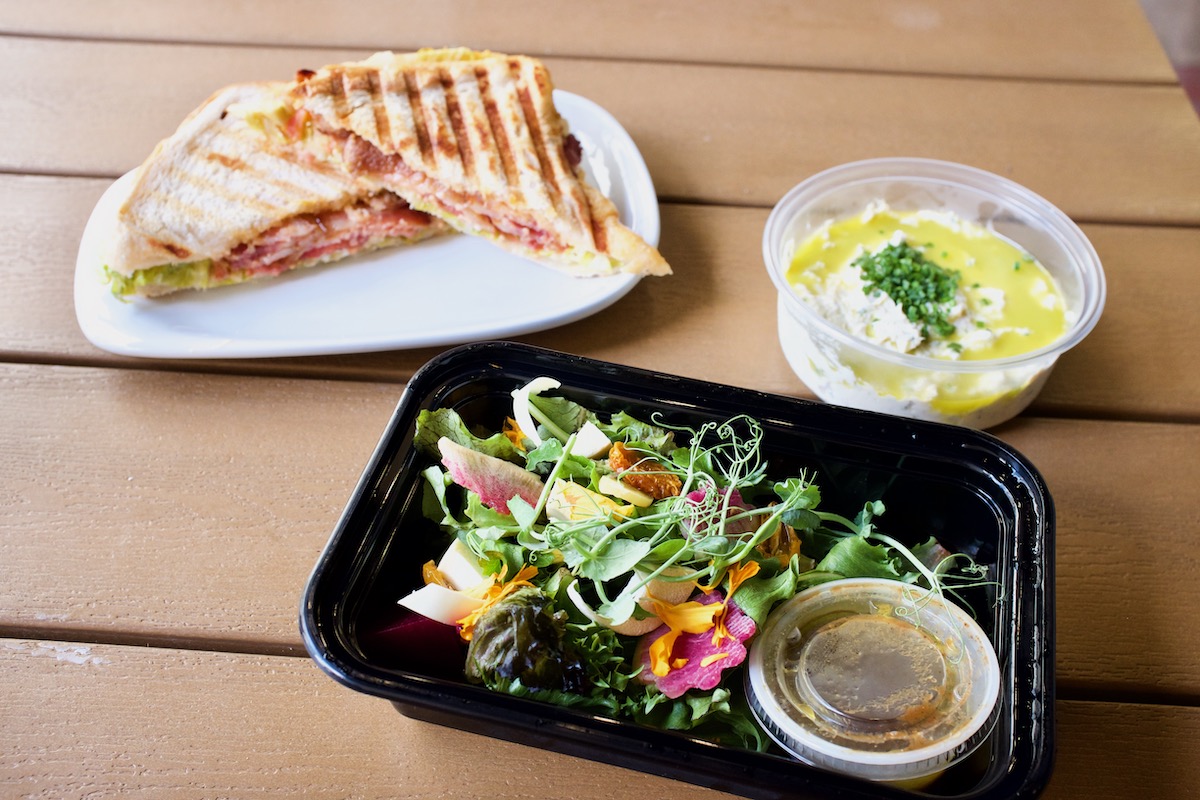 The menus—the coffee one printed on the cover of an old edition of At the Foot of the Rainbow—are short and sweet. Yamada sources the coffee for his pour-overs from Looking Homeward in Seattle, and the espresso and cold brew from Counter Culture, based in North Carolina. The food menu features two dishes from Piggy Smalls—Burmese tea salad and a BLT—as well as shepherd’s pie and a farmer’s salad with an ono rillette (like a fish dip), from Jeremy Shigekane of M by Chef Mavro. Shigekane also supplies the baked goods, including an ‘ulu cacao nib cookie and recently, a black sesame muffin with strawberry-yuzu jam. But if none of the options entice you, you can also bring in your food, which on Saturdays, is what many people do, laden with their spoils from the Saturday Kaka‘ako farmers market. 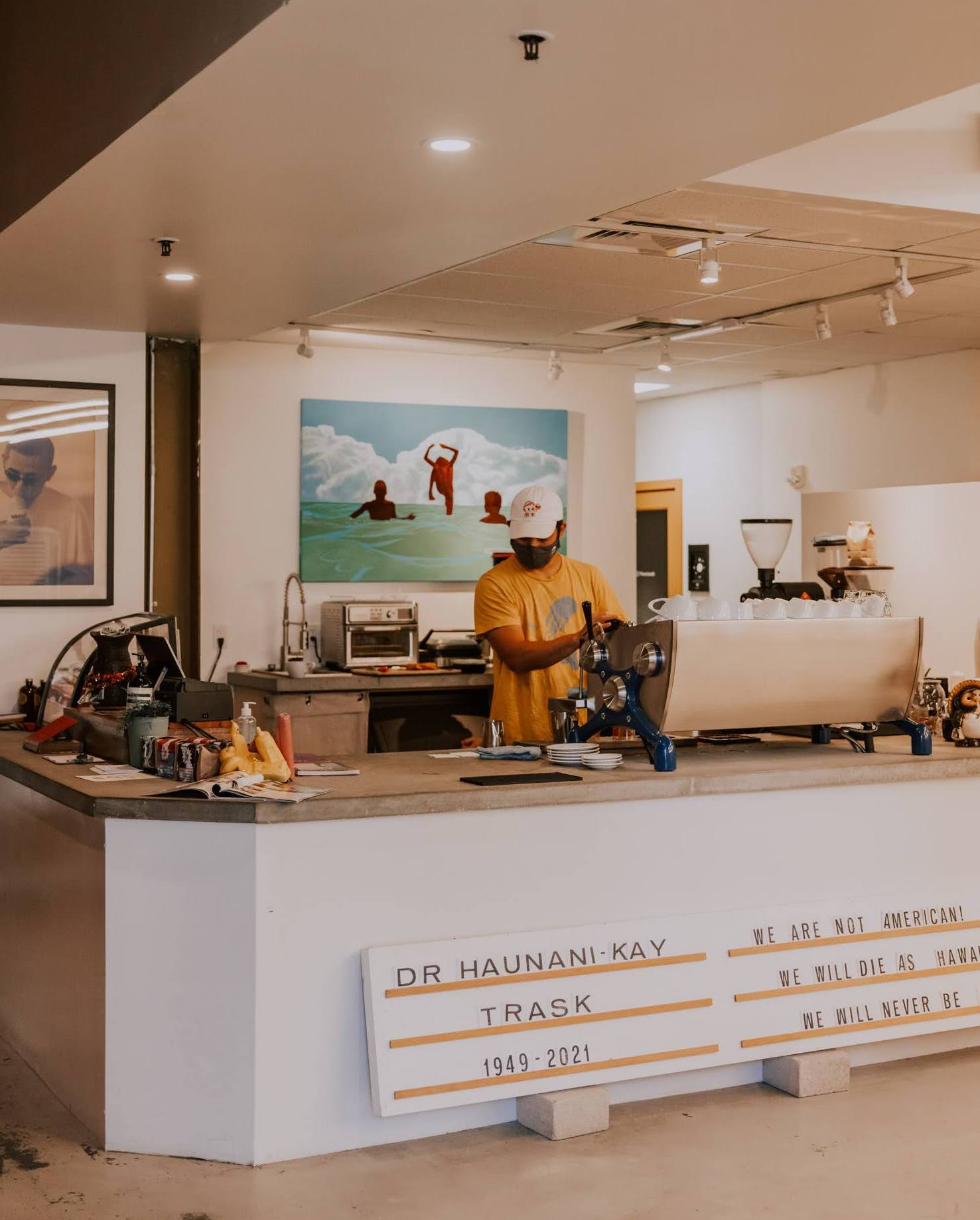 Yamada has spent more than a decade working in Honolulu’s coffee scene, first at Honolulu Coffee Co., then roasting with Kona Coffee Purveyors and helping to open its café. He’s also helped other cafés, including bringing in 30 different coffees to sample as he designed an espresso blend for Brue Bar—it took him three weeks to create a formulation he was happy with.

But he had started in coffee rather reluctantly. His sister managed one of the Honolulu Coffee Co. stores and “she needed extra help,” he says. “I didn’t want to work, but she made me. I didn’t drink coffee back then—just these really sugary mochas with a bunch of flavor added to it.” 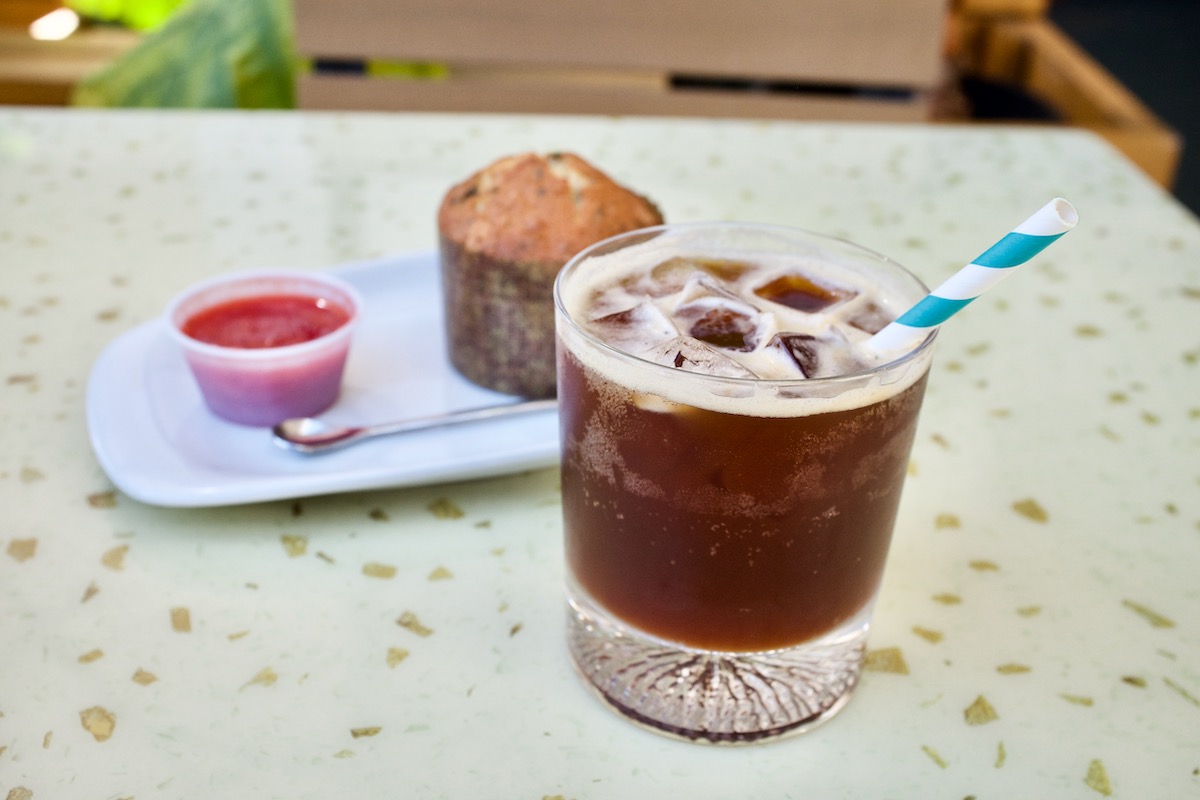 Over time, “I got addicted to the community around coffee,” he says. “You hear a lot of stories, you meet a lot of people. I’m weirdly social at work. Outside of work, I’m super shy, super timid. I think that counter just gives you some security.” The people pulled him in, but it was roasting that he fell in love with—the scientific nature of it, the effect of time and temperature, the way different elevations and climate affected coffee and thus how he’d roast it.  And so he started Try Coffee the café as a stepping stone to becoming his own coffee roaster. In the tall room adjacent to Try Coffee that still houses the brew equipment from Brew Moon, he hopes to install his roastery.

It may be why the menu at Try is spare—Yamada is more interested in the behind-the-scenes of coffee than he is with all the bells and whistles of a café. Still, there are opportunities for adventure: just try the barista’s choice.