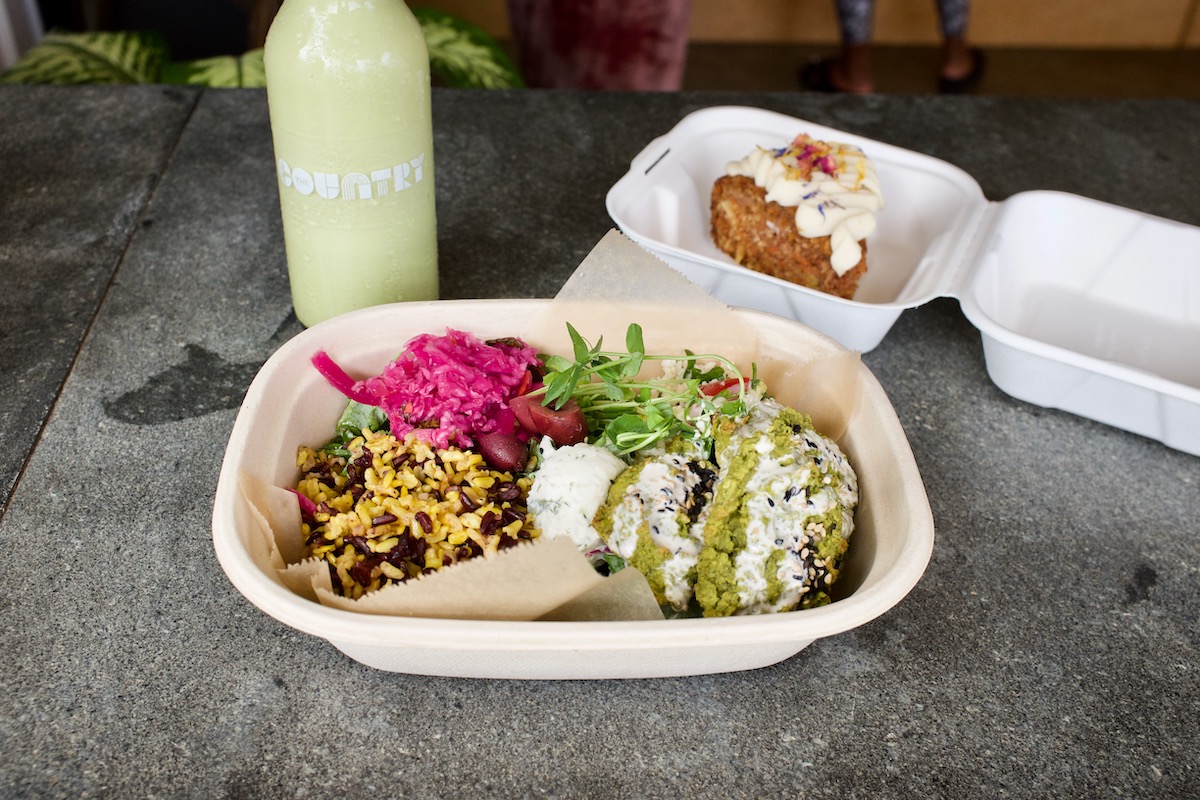 These days, with so many places claiming local ingredients on their menus, it’s hardly notable anymore (or even in some cases, it’s blatant greenwashing). It’s only when farmers tell me about chefs going above and beyond to source local that I really pay attention. That’s the case with The Country Eatery & Juicery at the Kahuku Sugar Mill, which a farmer friend tipped me off to. And sure enough, when I call Susan Prior, she’s driving to Ho Farms to pick up tomatoes and then Mohala Farms in Waialua for parsley and greens. Almost all her produce is sourced locally, finding its way into a dragonfruit and chia seed juice or smoked parsnip and sweet potato soup. 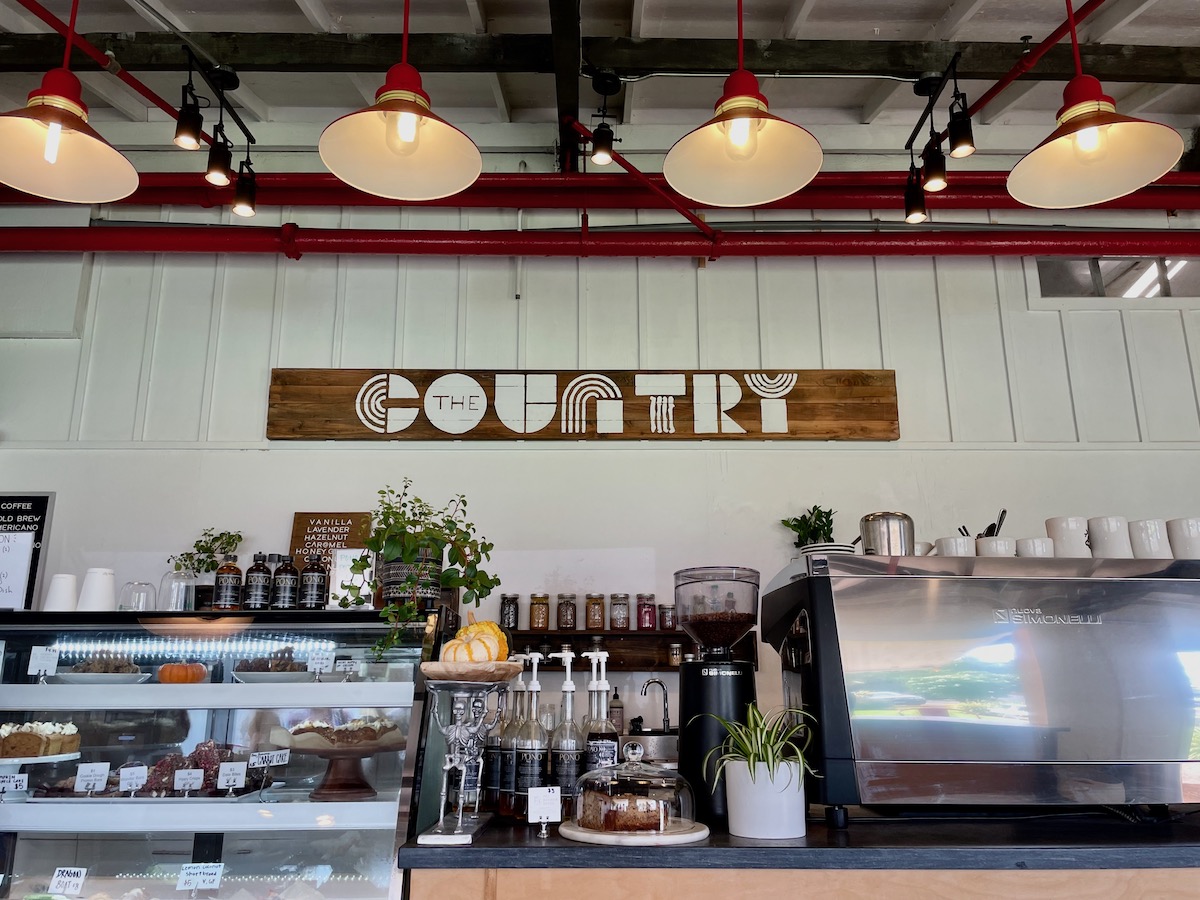 Her café is a hidden oasis of fresh foods, juices and coffees tucked away in the Kahuku Sugar Mill complex. At the moment, the menu at the six-month old spot is short, just four or five simple items including a bagel and egg sandwich ($8) offered with Sweet Land Farm’s fresh chevre or Naked Cow Dairy’s dill or mango habanero cheese. There’s also a Medi Bowl ($14), a vibrant combination of super herby falafel, cauliflower tabbouleh and veggies. A greater variety exists for grab-and-go drinks, including the carrot and cayenne juice to Zen Fuel ($8), a matcha drink made creamy with a housemade coconut and hemp milk. The Country Eatery carries Pono Potions syrups for its espresso and coffee drinks (beans sourced from Common Room Roasters in Newport Beach, California) as well as HI Pie’s poi banana bread ($3). Don’t miss the carrot cake ($5), chunky and moist with pineapple and a touch of coconut—I watched all the slices of a whole cake sell in my hour at the cafe.

While the café is certainly vegetable forward, Prior says she doesn’t discriminate against any diets—you can get bacon on your egg bagel or veggie burrito, and she plans on offering more meat and cheese selections. She wants to offer a little bit of everything (though with a healthy and local bent), which is in some ways a reflection of the wildly diverse life she has lived so far—she was born in Alberta, Canada, where she competed for the national speed-skating team; worked as a tree planter for more than 20 years; ran a Marriott hotel kitchen in Victoria; opened her own restaurant in Costa Rica; and studied raw vegan food in California. She came to Hawai‘i in 2013 and started a catering and home meal delivery service, which blossomed into The Country Eatery to reach a wider audience. Once Prior gets used to running the café, she hopes to add more of the take-home meals that she built her reputation on, while including more items from local food producers—right now, she even offers a house-made Vegemite, a funky, thick black spread popular in Australia, made by Fiber Supply Co. She says, “It’s having a spot where everyone can eat at.” Even the Vegemite lovers.