HONOLULU Magazine emerged from predecessor Paradise of the Pacific, which began in 1888, fulfilling a commission by King Kalākaua. That makes this the oldest continuously published magazine west of the Mississippi with an enviable archive worth diving into each month. Here’s a look back at June 1977.

With its always fresh-cut grass and shade-giving trees, Kapi‘olani Park is perfect  for soccer games, social picnics and lazy Sunday retreats. We often throw out, “We can meet at Kapi‘olani,” forgetting the park’s significant history. In 1977, Viola K. Rivenburgh reminded us how special “the first public park of the Kingdom” is with a delightful tribute celebrating its 100th birthday.

Rivenburgh writes, “Kapiolani Park came into existence in 1877… (named after Kalakaua’s queen) [and] it was officially presented to the people of Hawaii.” She details the romantic era the merrie monarch introduced, consisting of lively days and nights filled with royal races [horse, pig, donkey], polo games, hula festivals and public picnics.

“Kalakaua could not have chosen a more beautiful gift!” she exclaims.

She continues with detailed narrations of the park’s youthful years and paints a world very, very unfamiliar to us today. A grudge-driven horse race, with a $25,000 purse, that ended with a colt being bathed in Champagne and a crowd cheering on the spectacle seemed common.

Transportation to the park involved “a wide open two-wheeled contraption with a covering of white canvas and bobbing tassels … driven by a barefoot boy with a sleepy face and hauled by two unanimated mules,” Rivenburgh writes.

To say we can’t imagine any of this is an understatement.

Rivenburgh resided on the grounds of Kapi‘olani in the early 1900s. She saw (and heard) it all during her time there. She recalls the addition of the Honolulu Zoo and the animals that were its first occupants, including two lion cubs the zoo bought from a woman who had been parading them around at A‘ala Park; Daisy the elephant, who came in on a steamer from Australia; and Ming Toy, a little monkey owned previously “by a gambling owner who had taught him to tip the gaming table in favor of the house.”

Accompanying the article are calendar events for the zoo and park. Just like today, back then the Evening at the Zoo’s agenda was a popular affair that included a lineup of local musicians and entertainers who performed for visitors and families eager to enjoy a festive evening in the wild. It also included, surprisingly to us, a king-sized layout of Kapi‘olani Park’s 90 acres, which includes the Waikīkī Aquarium, Natatorium and the Waikīkī Shell. Although these attractions won’t include a horse dripping with Dom Pérignon, we’re grateful that “our” park where nobility once gathered for enjoyment is still around, a place for laughter, entertainment and togetherness. 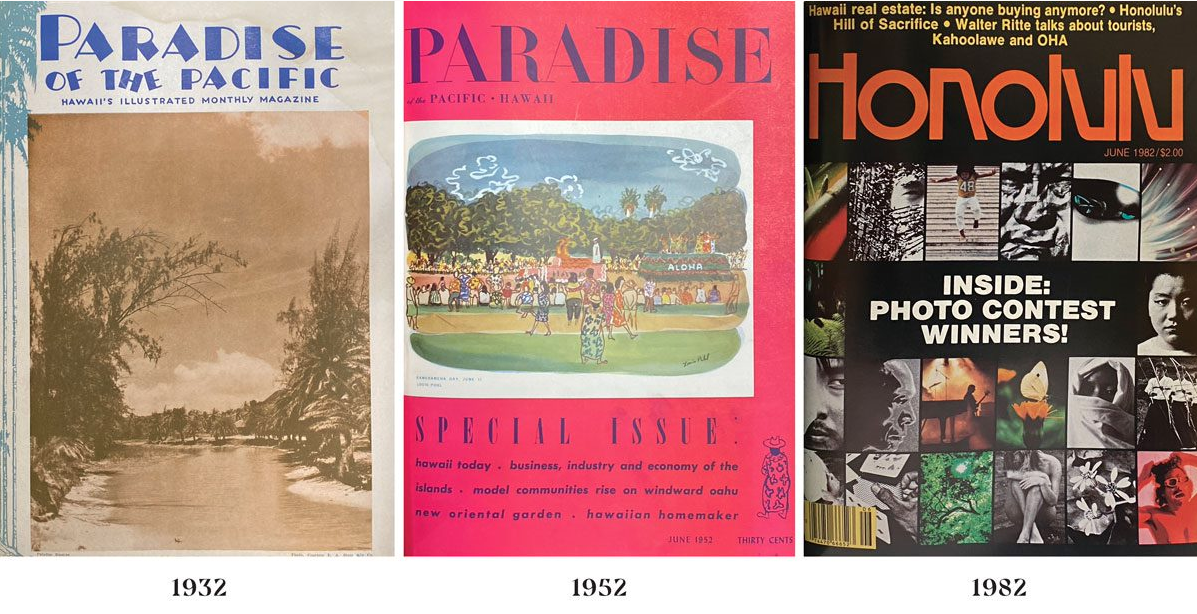