Raising Keiki in COVID-19: A Letter to My Son on His Graduation During a Pandemic

An O‘ahu dad has words of wisdom for his only child who will start college on the Mainland during the coronavirus pandemic.

Raising Keiki in COVID-19 is a series of personal reflections of parents living on O‘ahu during the coronavirus pandemic. Some articles were written by the parent, while others talked story with HONOLULU Family. 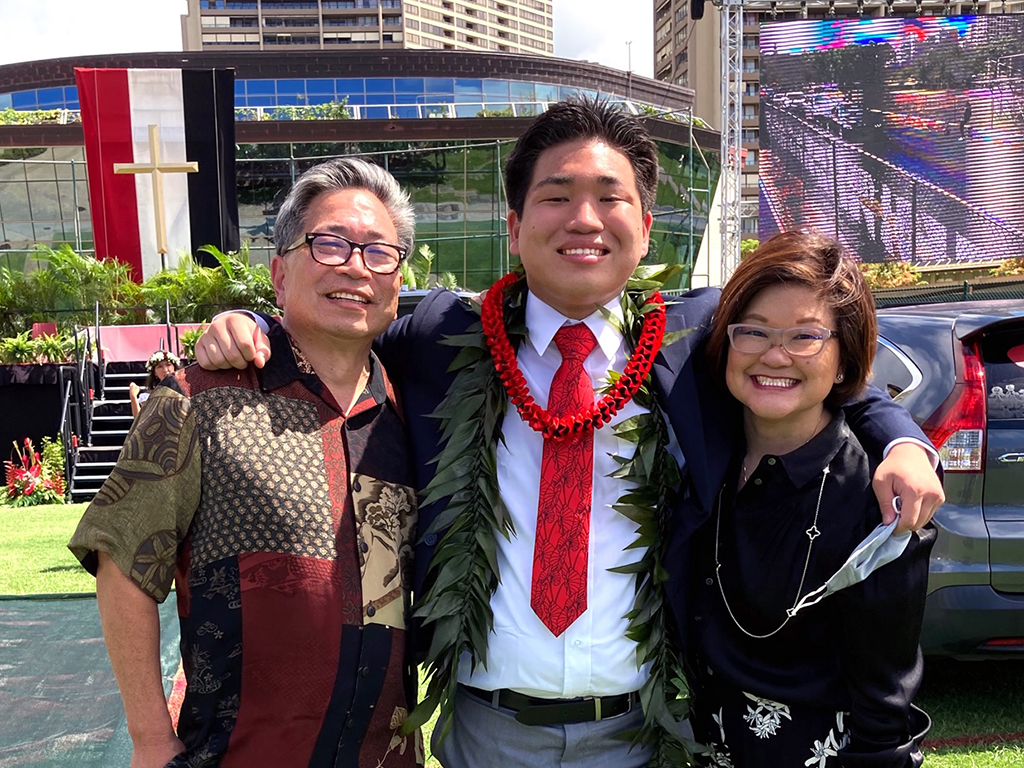 Dave Choo with his son, Kennedy, and wife, Cyd Shizuru. Kennedy will study journalism at the University of Missouri-Columbia in the fall. Photo: Courtesy of Dave Choo

Dave Choo, whose “Parent to Parent” column appeared in HONOLULU Family from 2013-2017, wrote this farewell letter to his son, Kennedy, who will be heading to the University of Missouri-Columbia in the fall to study journalism. Congratulations to Kennedy, and to his mom and dad, Dave and Cyd!

Congratulations on your recent graduation from high school. I wish that I could impart some sage fatherly advice about what to expect as you start the next phase of your life. But as I write this, talk of future plans seems like a waste of breath—at least until we have a vaccine or a new president of the United States.

However, I do know that you have taught me more about life and love than I ever could have imagined. I don’t know what will happen tomorrow, but these are some of the things I do know. 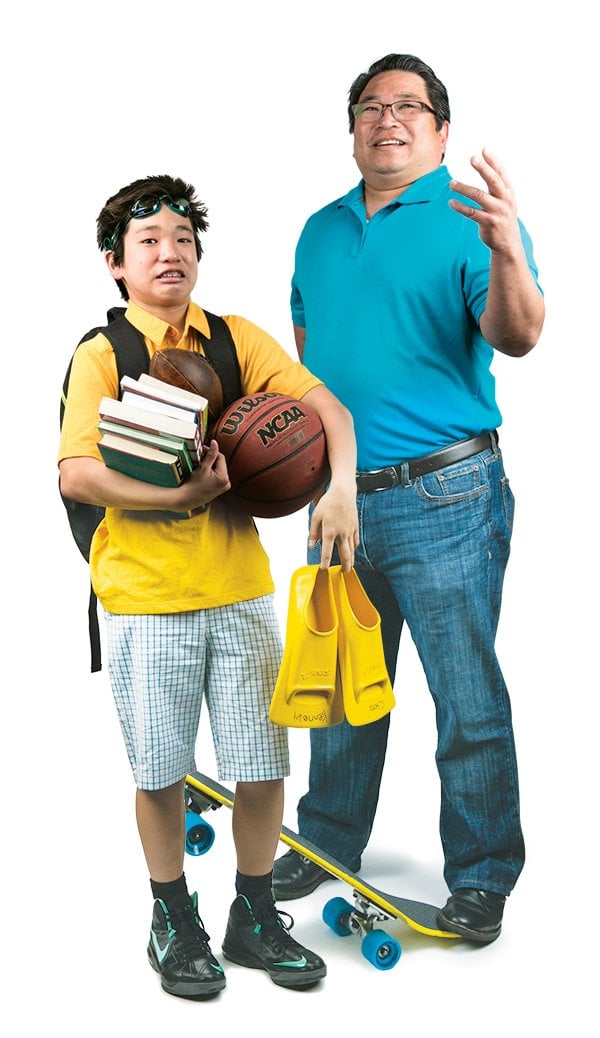 Dave and Kennedy in a photo that ran in HONOLULU Family magazine. Photo: By David Croxford

Continue to dive into the deep end of the pool.

During the summer before your freshman year of high school, you decided, inexplicably, to join the school’s water polo team. It was a new school and a new sport, one you had never played or even watched poolside or on television, but there you were doing 25-meter butterfly sprints alongside incoming seniors who looked twice your size and age.

That first night, after a nearly 3-hour practice, you walked through the front door, crumbled onto the kitchen floor and curled up into a waterlogged ball of pain and exhaustion. I admired your chutzpah as you started to drift off to sleep, and I wondered if I needed to purée your dinner that night. But I was even more impressed when you gathered up your things and headed out to practice the next day, all without a word of complaint or trepidation.

A few seasons later, I learned of the teasing and ribbing you had to endure from some teammates, comfortable in their herd, who, unlike you, were afraid of being afraid. But every day, you had gathered up your things, headed out the door and dove in. 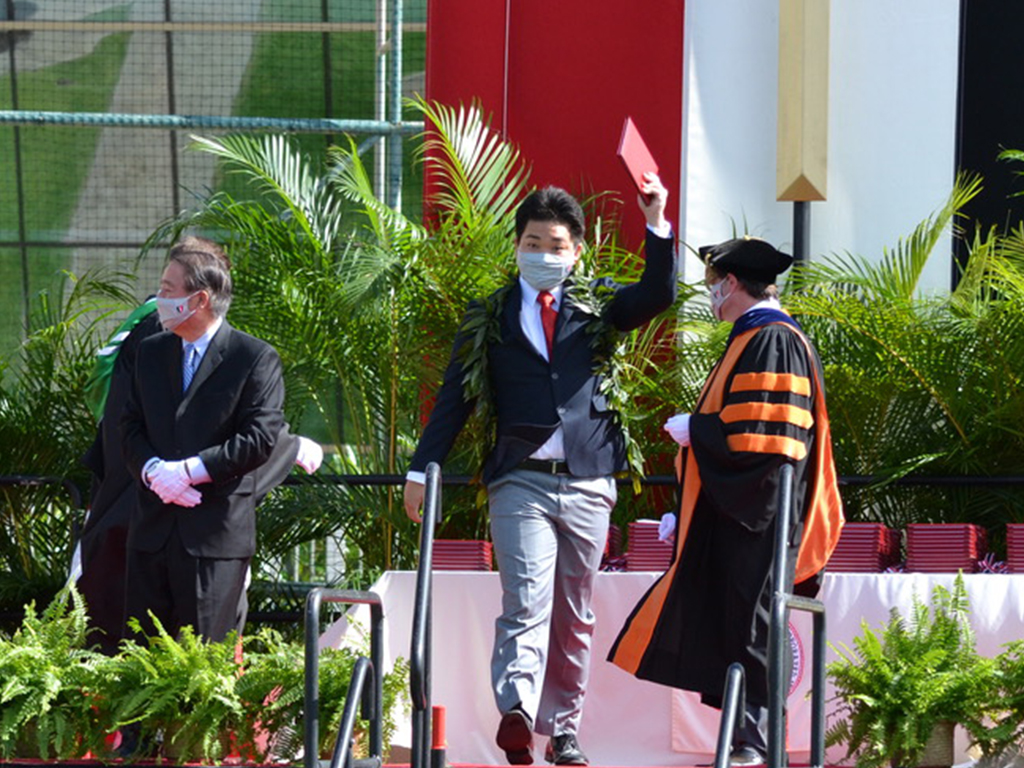 Kennedy celebrates his high school graduation in the summer of 2020.

It’s OK to cry a little in public.

When you were a member of the Hawai‘i Youth Opera Chorus (HYOC) my favorite event was the annual Holiday Concert at Kawaiahaʻo Church, held a week or two before Christmas. My favorite song on the program was Let There Be Peace on Earth, the chorus’ signature piece, which provided an inspiring end to the concert.

I’m a Catholic school veteran (12 years), so I’ve heard or sang the song maybe a thousand times; however, HYOC’s version, sung in both English and Hawaiian, is both peaceful and powerful at the same time and when the song reaches its crescendo of an end, the whole church would feel as though it was floating above its foundation. And then I would cry, just a little.

Create a work of art. Better yet, create art with others.

In your first onstage production, you were cast as one of the malnourished, overworked orphans in Oliver. Mom and I got a big kick out of seeing you, our doted-upon, dinosaur chicken nugget-eating son, singing the praises of Food, Glorious Food. While you sang and danced onstage, Mom and I worked backstage. We all made friends for life that summer.

However, as exciting as Oliver was, I will never forget what happened after the final performance, during the afterparty, when you kids got to relax and celebrate a job well done. Without direction or input from any adult, you guys started to break into song, first performing numbers from Oliver, followed by a collection of contemporary and vintage pop songs. Even the Roosevelt High School alma mater somehow made it onto the song list. Random and boozy as it was, the spontaneous songfest was the purest expression of joy I had ever seen.

It could have been a collective sugar rush from all the desserts and sodas the kids had consumed, or delirium from doing four performances in three days. More likely, it was the wave of euphoria and satisfaction that washes over you when you “nail it.” It happens when you find the perfect word or turn of phrase for your poem, when you add that extra shade or hue to your painting and nothing more, when you hit it out of the park. Find that certain something that will give you the opportunity for these little bursts of self-approval. You’ll need them from time to time, especially when you’re having a bad day, or week, or year.

Tomorrow is always a new day. 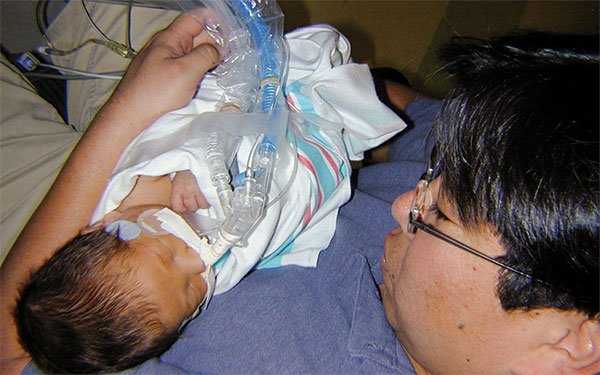 The night that your doctor told us the extent of your injuries, I cried long and hard. You didn’t get enough oxygen during the birthing process, and there were signs of neurological injury or “insult,” a curiously named word for what had happened to you. The doctors couldn’t be sure if you would walk or talk or feed yourself, but you were only days old and had a lifetime to heal. Dazed and confused, I asked the doctor if you would be able to go to college someday. There was a long pause before the doctor awkwardly responded to my ridiculous question. 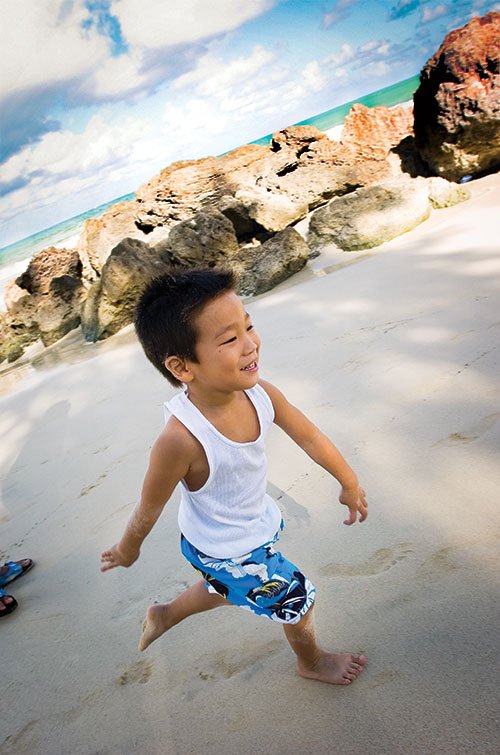 Later that night, Mom and I, still numb, held onto each other and wondered what our future would be like. “Maybe the only thing we know for sure right now is that we’re going to have to work harder than most parents,” I told Mom, not quite believing or truly understanding what I was saying.

After Mom finally fell asleep, I sat at our computer and started reading emails from well-wishers. I couldn’t respond because I didn’t have any good news to tell them. And then I started to think about all the hopes and dreams I had for you before you were born. I cried long and hard.

After a while, I realized that I had been mourning the loss of my hopes and dreams, not yours. I dried my eyes, promised myself that I would never do that again and went to bed.

SEE ALSO: Honolulu Parent to Parent: The Family that Posts Together …