A dad’s eye-opening comparison of his own carefree summers and his son’s busy summers today. 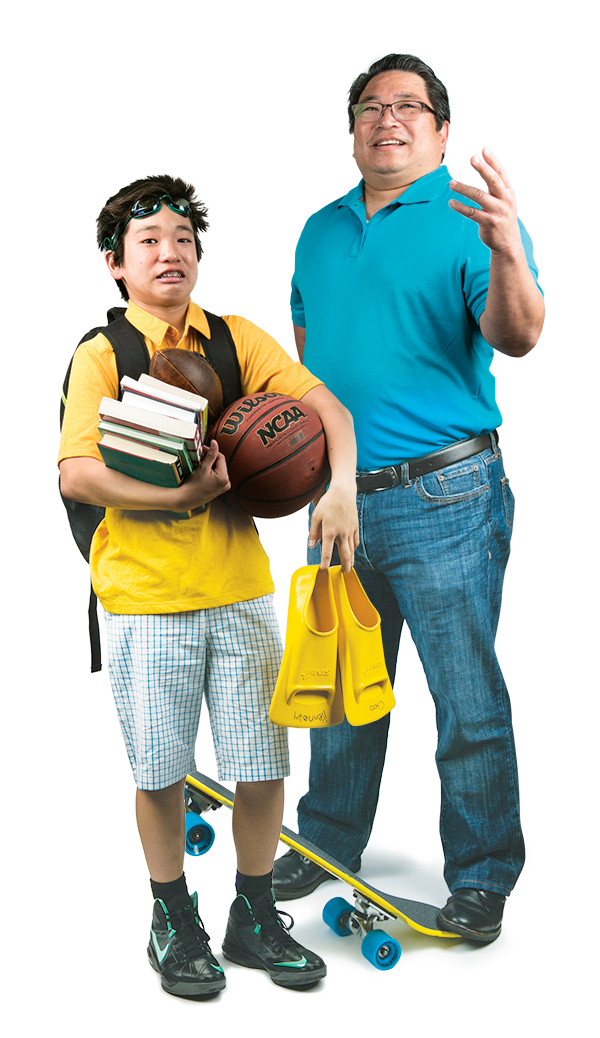 One summer, my sister and I and several other kids in the neighborhood built a clubhouse on the hill above my parents’ house. One of the older kids designed it: It had screened windows, a tar-papered roof and a small speakeasy door which we would peek through, demanding a secret password before letting anyone in. We spent half the summer building the clubhouse, only abandoning it when centipedes and scorpions discovered it was a great place to escape the midday heat.

In contrast, Kennedy, my 12-year-old son, has a summer schedule that goes something like this: two hours of summer school, ending at 12:45 p.m., a race across town to make a three-hour performing-arts workshop, followed by an hour-and-a-half swim practice. Sometime during the week, he’ll slip in a math study session and spend some time with his writing teacher.

So much for the lazy days of summer.

When I was Kennedy’s age, summer wasn’t only a break from school, it seemed like an escape from the rest of the world. But those days are long gone, and re-creating my free-ranging, latchkey summers for Kennedy isn’t only impossible, but would probably violate several child-endangerment laws.

It turns out summer isn’t the rite of passage I’m remembering. Advocates of year-round schooling point out the traditional school year was actually a remnant of our agrarian past: Children were dismissed from classes in the spring and summer to help plant and tend to the crops, and then again in the fall, in time for the harvest. In addition, decades of studies have shown that kids who don’t have educational opportunities during the summer lose an average of a month per year of academic achievement. In math, the learning loss can be as high as two and a half months. But maybe the best reason for keeping our kids busy is that too much free time can be a bad thing.

As I get older, I’ve come to realize that my childhood recollections are starting to resemble episodes of The Wonder Years, without the cool soundtrack or Winnie Cooper. It’s not that I make things up; it’s more that I leave things out. Fond memories tend to smooth out life’s rough edges, so I don’t talk too much about the summer I filled a model rocket with gunpowder and test-fired it in a neighbor’s driveway, all in the name of science. (Today, it would be considered domestic terrorism.) There was also the time I shot myself with my own BB gun—in the back of the head. (It’s a long story; I don’t want to talk about it.) And that beloved clubhouse? We “borrowed” all the building materials from a nearby construction site. (Sorry, Mom and Dad.)

It’s a minor miracle I survived my summer breaks relatively unbroken. Even so, it saddens me that Kennedy isn’t experiencing the good parts of the good old days. So, I’ve decided to turn back the clock.

Next year, during spring break, Kennedy will be planting corn.