Remembering a time when every day was a milestone. 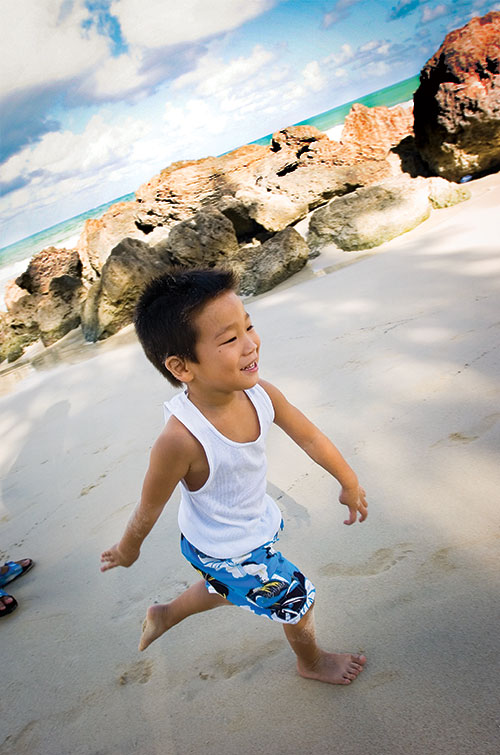 My 14-year-old son, Kennedy, just started high school. It was a major milestone, but the first day of school was like any other: He grumbled when he finally got out of bed, was unresponsive when we asked him if he had everything he needed for the day, but eventually gave me the obligatory manly side hug before slinging a 1-ton backpack over his shoulder and bounding out the front door.

We don’t talk much about milestones these days, which is funny, because, for many years, our lives were defined by them. Kennedy was born a month premature, and he and his mother, Cyd, were injured during delivery. After his underdeveloped lungs caught up with the rest of his body, the doctors determined that Kennedy, whose limbs were as tight as a clenched fist, had suffered neurological damage. The doctors couldn’t assure us that he would be able to walk, talk or even feed himself; however, since he was so young, there was a good chance those broken connections between his brain and body could be re-established. “He may be able to walk, but he may walk with a slight limp. We just don’t know,” said one of our doctors.

After two months at the Kapi‘olani Medical Center’s Neonatal Intensive Care Unit, we started an early intervention program at Easter Seals Hawai‘i. On our first visit, our counselor asked us what our goals were for Kennedy. Cyd and I were a bit surprised, but shrugged and said that we wanted him to walk and talk like other children his age. Our counselor nodded and wrote that simple goal in her notebook. We then started to literally and figuratively map out our strategy for baby Kennedy. 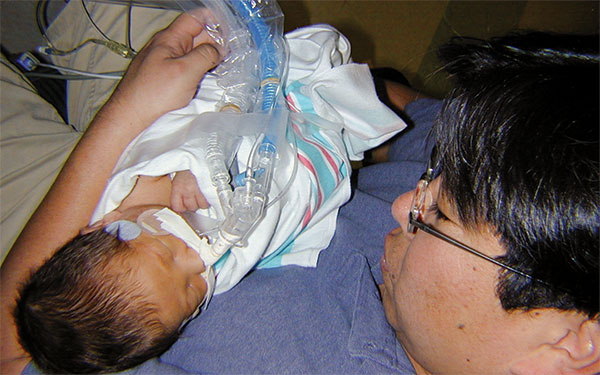 Soon, Cyd and I became experts in early childhood development. We knew the different timelines for every stage including sitting, crawling, standing and, eventually, walking. We learned the exercises that could help Kennedy reach them. As a result, Cyd and I were constantly scrutinizing and assessing Kennedy’s (and other babies’) movements. I remember at one family gathering I breathlessly reported to a cousin that her infant son was tripoding (an early stage of sitting), a milestone he wasn’t expected to hit for another month or two. “Oh, yeah, he’s been doing that for the last couple of weeks,” she said nonchalantly.

In retrospect, what Cyd and I were doing wasn’t much different from what most attentive parents do every day—interact with their child. The only difference was that we had written goals, action plans and timelines. In the end, Kennedy hit every one of his milestones. Some fell well within the time period when most children reach them, some didn’t. We referred to those as “Kennedy time.” After three years, we were discharged from Easter Seals and entered the liberating, and somewhat scarier, world of “regular” parenting.

I never gave much thought to milestones again until we started the grueling high school application process with its standardized testing, GPAs, teacher recommendations and extracurricular activities reports. I began wondering if we should have made different educational choices, selected different extracurricular activities or scheduled more tutoring and test prep. Maybe we should have planned better.

But then, I reminded myself that when you’re not certain your son will walk and you eventually see him run, you don’t notice how fast or how gracefully. When you don’t know if he will be able to talk and later you hear him sing, you don’t fret about whether he has the brightest voice in the choir. So it’s understandable that Cyd and I left our action plans and timelines behind and took a more day-by-day approach to parenting.

Milestones are still important to us. We just call them stepping stones now.