Curly noodles in steaming broth with teri sticks and burgers on the side, complete with a Coca-Cola menu board.

You might recall that a few months ago, I teased that Miro Kaimukī’s Chris Kajioka had introduced a $14 okazuya bento as an introduction to an upcoming saimin stand. Just in time for the cooler season, Papa Kurt’s opened last week, a nostalgic throwback to simpler times and simpler dishes. 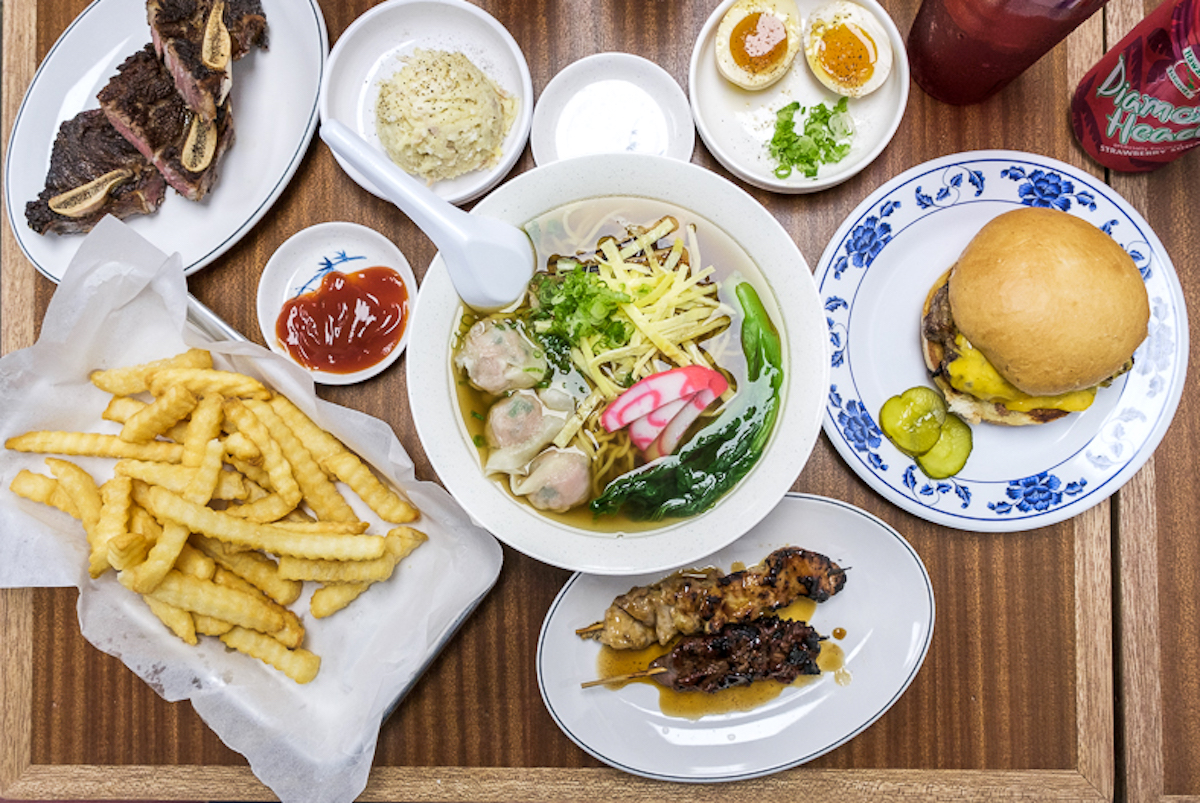 I like to think Hawai‘i people are easy to please in the best way possible—give us a bowl of curly noodles in salty dashi broth with a charburger on the side, and everything’s hunky-dory. I mean, if there’s one thing we’re guilty of, it’s eating our feelings. So while it was sad news when pandemic woes claimed saimin stalwarts Dillingham Saimin and Like Like Drive Inn, news of Papa Kurt’s opening in Mō‘ili‘ili was greeted with joy. Kajioka and Mark “Gooch” Noguchi invited me to a tasting.

SEE ALSO: The Plan Behind the Humble Okazuya Bentos That Are Now Available for Takeout from Miro in Kaimukī

Papa Kurt’s is an homage to Kurt Hirabara, the late Big Island farmer who mentored both chefs. The menu is simple, akin to the unfussiness of saimin itself, and could have been lifted from any shop in town. As Kajioka, Noguchi and anyone raised eating saimin would probably tell you, “if it ain’t broke, don’t fix it.” When it comes to soul food, I concur. 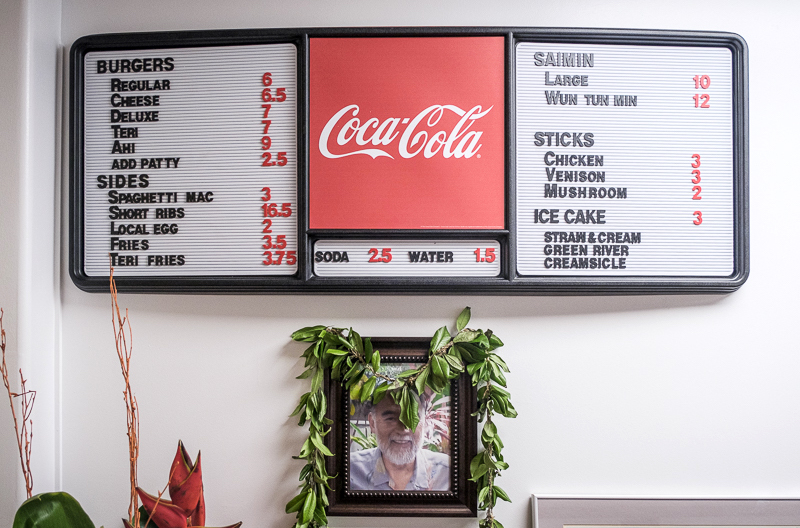 The cozy space is open only for online preorders and takeout for now. Large bowls of saimin ($10) and won ton min ($12) are the center of attention here. Both are garnished with kamaboko fish cake, shredded egg, charred pork belly, choy sum and green onion; the latter gets three plump pork won tons in thin wheat wrappers. The sight of your bowl making its way to the table is like a warm embrace. The first sip of broth tells you all is right at this moment. 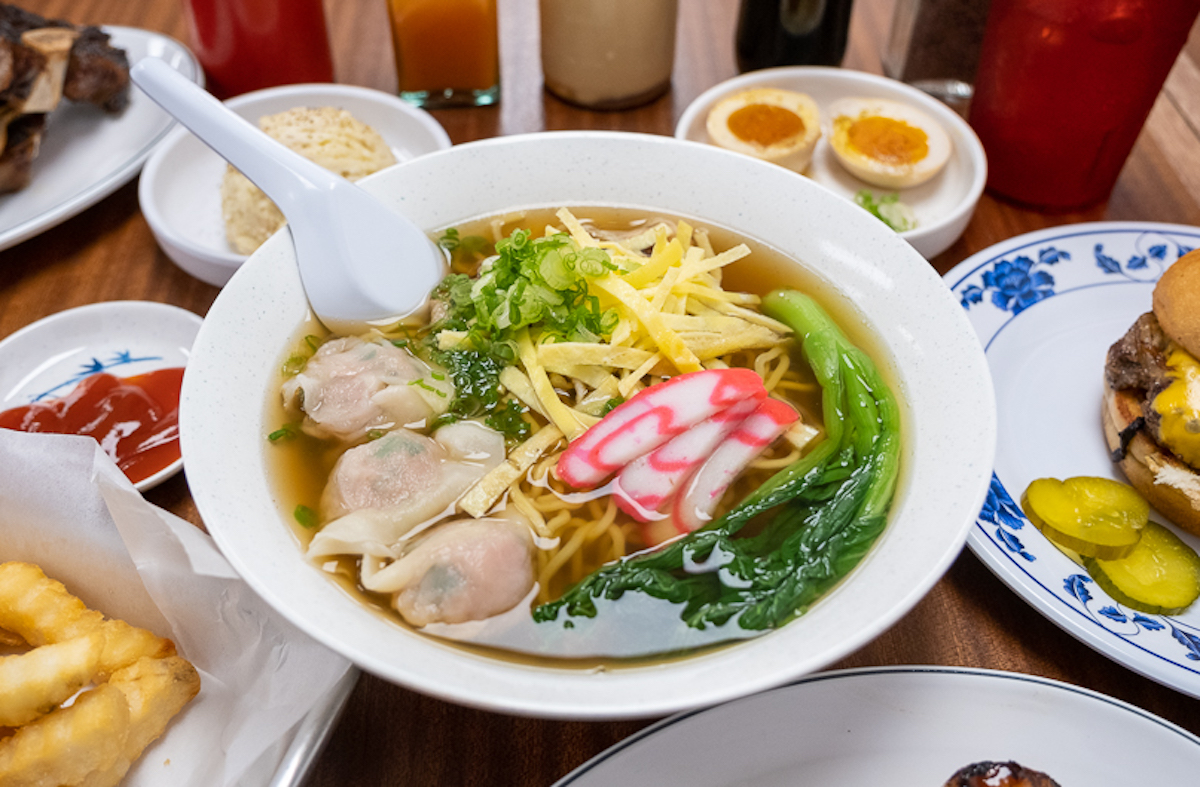 Curly Sun Noodles rest in a mild broth that maintains a luscious, full body without too much umami or salt. You could get this takeout for your parents or grandparents here and they will swoon. The condiment rack has the requisite chile pepper water, hot mustard, shoyu and black pepper; I dredge my porky won tons in shoyu mustard but keep my broth untouched save for a few shakes of pepper.

If there’s anything in that bowl I want more of, it’s the lovely little packets of pork—please make these available as a side order. 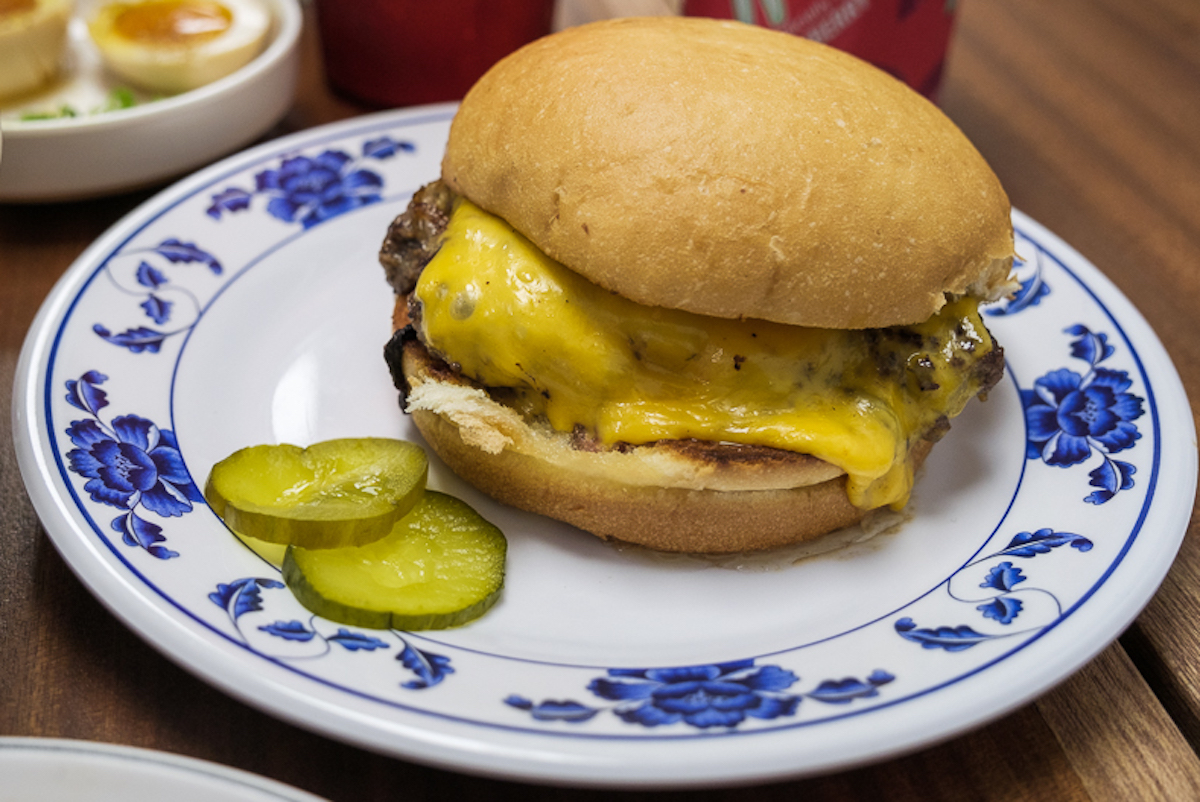 Unarguably, the perfect mate to saimin is a cheeseburger ($6.50). At Papa Kurt’s, it skews old school with a touch of new finesse. The local beef patty has heft and the onions hiding underneath don’t go unnoticed. The secret sauce is sparing and sits atop a custom La Tour Bakehouse hamburger bun that improves upon the Love’s classic with a fluffier crumb. Some burgers tend to fall apart when you eat them, but this one’s a solid unit.

SEE ALSO: What Is It About Saimin?

A few bites in, I get serious Byron’s Drive-In vibes without the sketchy characters. This is a good burger, but I ultimately wish it had a crispier char and more seasoning to make it stand out. Perhaps the teri cheeseburger ($7.50) would yield the flavor I’m searching for. 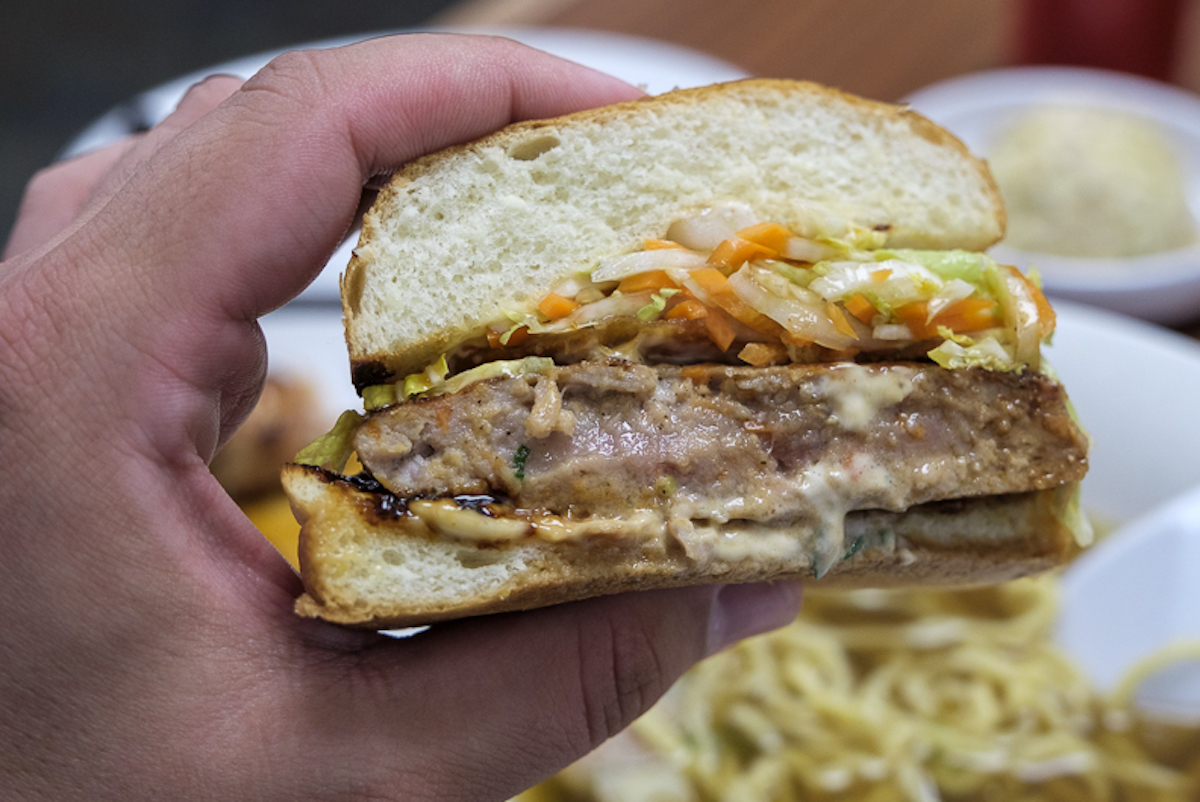 The burger’s ‘ahi burger ($9) cousin is a simple grilled fillet dressed in a bright gingery sauce, spicy mayo, crisp wonton strips and pickled jalapenos. It’s lighter than the beef burger and was added to make the menu approachable for pescatarians. 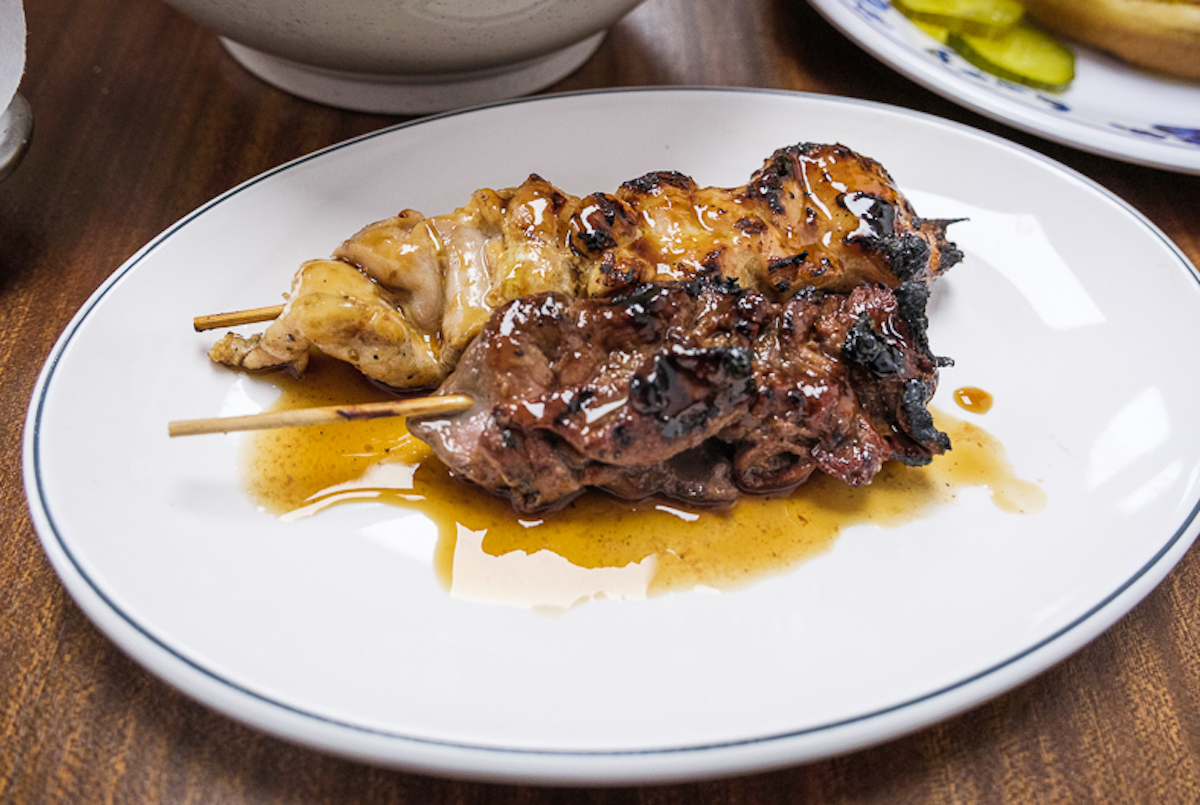 If you prefer barbecue teri sticks over burgers with your soup, you’re in luck because these might be the best in town. The star is the Maui Nui venison teri stick with a substantial, deliciously tender chunk of meat for its $3 price tag. The chicken, also generous for $3, pairs well with the mild broth. While not yet available online, a mushroom skewer ($2) is in the works. 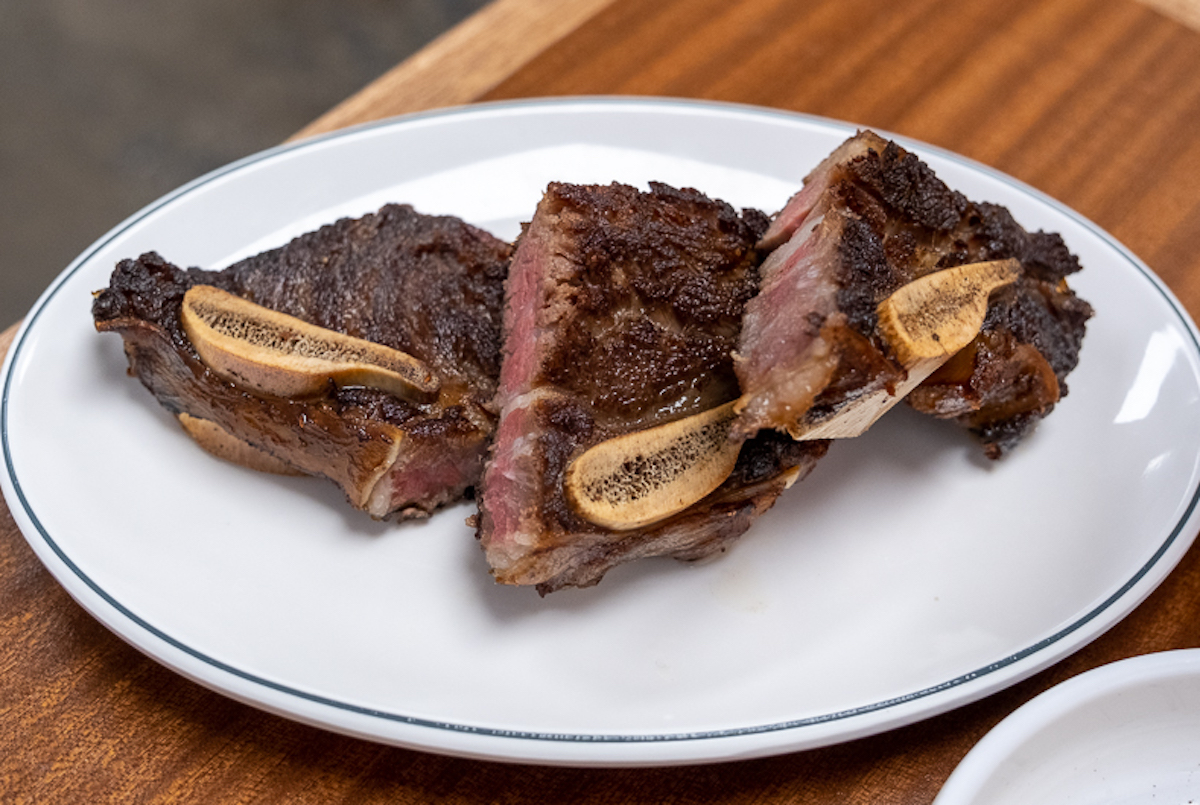 If the pipikaula shortribs seem like a splurge at $16.50, they are. Taking very mild inspiration from Helena’s Hawaiian Foods’ iconic pipikaula, these are thicker but have been dried for less time. The result is a beefier riblet that’s almost fall-off-the-bone tender with a crispy fried exterior. You still have to work for the gristle, which really is the best part. 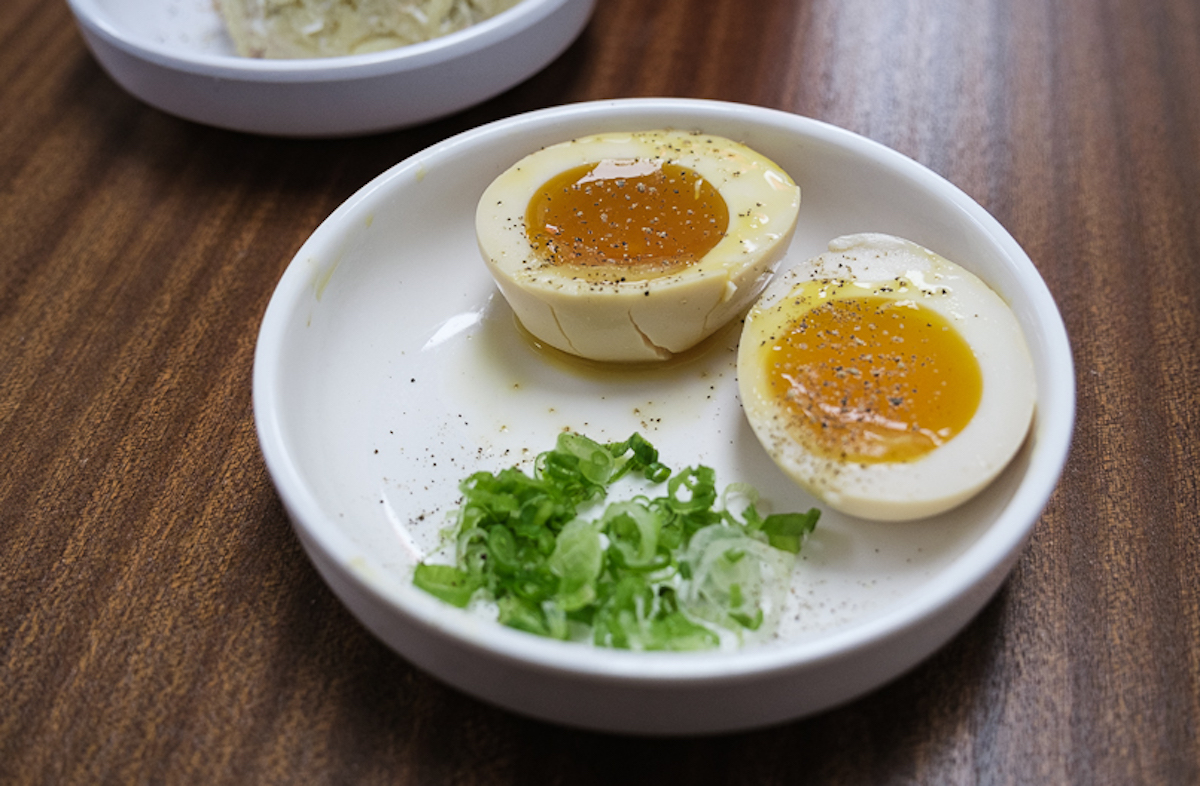 The crinkle fries ($3.50) are standard yet maintain their crispiness for a while when left to cool properly. Other sides include a scoop of crab spaghetti mac salad ($3) and a golden-yolked seasoned egg ($2) from OK Farms which you could eat by itself, but I won’t judge if you plop it into your bowl.

The menu board promises ice cakes ($3 each) in strawberries and cream, green river and creamsicle flavors. After a warm bowl of saimin, an ice cake sounds like a natural nightcap.

Noguchi tells me that the food at Papa Kurt’s reminds him of the food he used to make at He‘eia Kea Pier General Store & Deli. Humble, honest meals with solid local ingredients. This approach to food, and the nostalgic packaging of it all, is crucial to the success of a restaurant like Papa Kurt’s in these pandemic times.

Without elaborating, Noguchi maintains that what sets Papa Kurt’s saimin apart is that once you start eating, you discover the technique and expertise that goes into preparing each dish. Noguchi cooked at Chef Mavro and Town restaurant before opening his plate lunch stand at He‘eia Pier; with his wife, Amanda Corby Noguchi, he now heads Chef Hui. Kajioka trained at Michelin-starred restaurants before opening Chinatown’s Senia restaurant with chef-partner Anthony Rush and, just as the pandemic hit, Miro Kaimukī. Whether it’s their technique and skill or something else, I truly believe the flavors and feel of old Hawai‘i shine brightly here, which is probably all Papa Kurt would have asked for.