On The Lamb: Local Holiday Roasts to Put on Your Table This Season 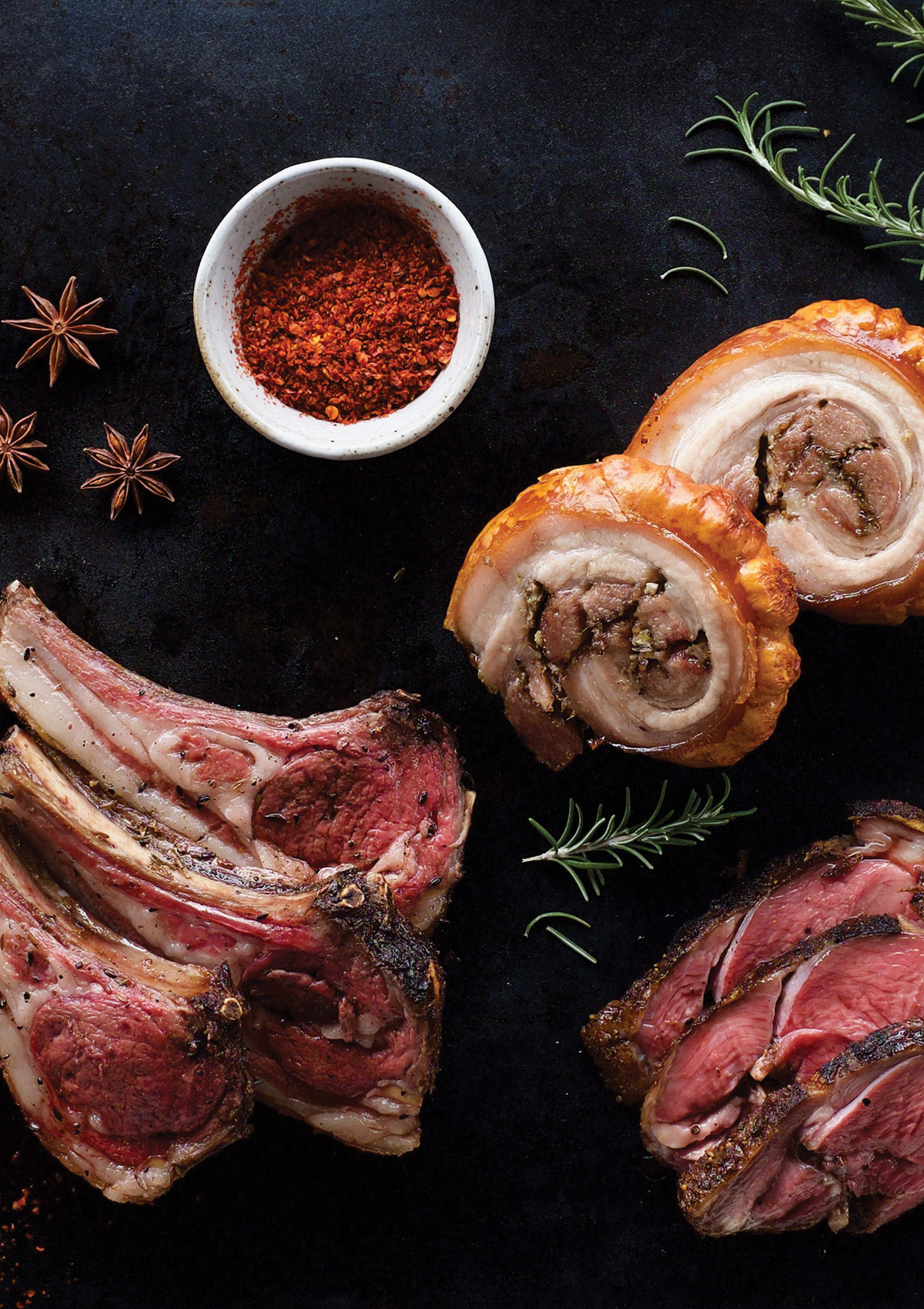 “When I stop failing, I’ll get there,” says Robert McGee, owner of Pono Provisions. “I have to fail a few more times.” Few other chefs in Honolulu have opened—and closed—as many businesses as McGee in the past decade. And with each new start, he inches closer to his goal of realizing a local meat system. He’s getting there the only way he knows how: by going whole hog. Literally.

First, there was The Whole Ox in Kaka‘ako, beloved for McGee’s dry-aged burgers; then Meatball on Kapahulu, closed within five months; and then Link, in which McGee made local meat sausages to sell at farmers markets. In 2016, he started Pono Pork, breaking down for restaurants pigs from Wai‘anae’s Mountain View Farm, the largest Hawai‘i piggery to use Korean natural farming techniques (think of it as the sourdough of farming). When the pandemic hit, McGee created Pono Provisions, an online marketplace of local meats, delivering directly to households. Now, in addition to pork, he also provides goat and lamb from a farm in Kea‘au, Big Island, which grows sugar cane alongside “delicious lawn mowers,” as McGee calls the livestock.

Pono Provisions offers specific cuts à la carte, from pork ribs to rack of lamb to goat leg, as well as Hawaiian Meat CSA boxes that might include J. Ludovico chicken, guava-wood-smoked barbacoa, pork jowl ham and even lard. The part that McGee really loves is making charcuterie and sausages—such as those made with pork and moringa, a nod to the superfood that makes up a large portion of the pigs’ feed—as well as utilizing the whole animal. Which is why you’ll find everything from a deboned head to smoked hocks to a whole pig at Pono Provisions. “I’ve been whole animal forever,” McGee says. “But supporting local proteins is not inherently easy and profitable.” But with each business—and each failure—he says he’s getting closer. “I support local, and I know that someday, local will support us.”

Order at ponopork.com before 5 p.m. Friday for Saturday delivery ($10 charge) or pick up at Lanikai Brewing Co. in Kailua. Also find a limited selection at Kōkua Market and through Farm Link, farmlinkhawaii.com.