Despite multiple lockdowns and travel restrictions limiting tourists, local businesses at Ward Village’s ‘Ohana Hale Marketplace persevered through (a very long) 2020. Here’s the story of a chef from Harlem who moved to Hawai‘i to cook Italian food in honor of his great aunt and uncle. 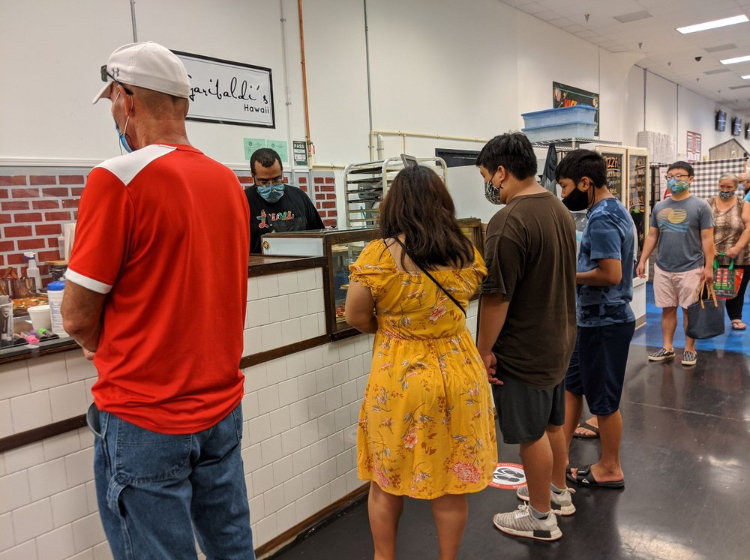 In 2017, Jared Brown was working as a sous chef at Uncle Boons, a Michelin-starred Thai restaurant on Mott Street in Manhattan’s Chinatown. His wife, Levina Moy, worked 200 miles away at a medical technology firm in Cambridge, Massachusetts—and hated it.

“She called me up one day and said, ‘Let’s move to Hawai‘i,’” recalls Brown. The couple had visited the Islands a few times over the years and this was where they both felt most comfortable. Brown, who admits to normally being the more impulsive partner in the relationship, was all for the idea as long as they knew what they were getting themselves into. “Basically, I didn’t want to move 6,000 miles away and not have a plan,” he says. After some research, Moy told her husband about the possibilities at the soon-to-open ‘Ohana Hale Marketplace at Ward Village, which Brown almost immediately rejected. 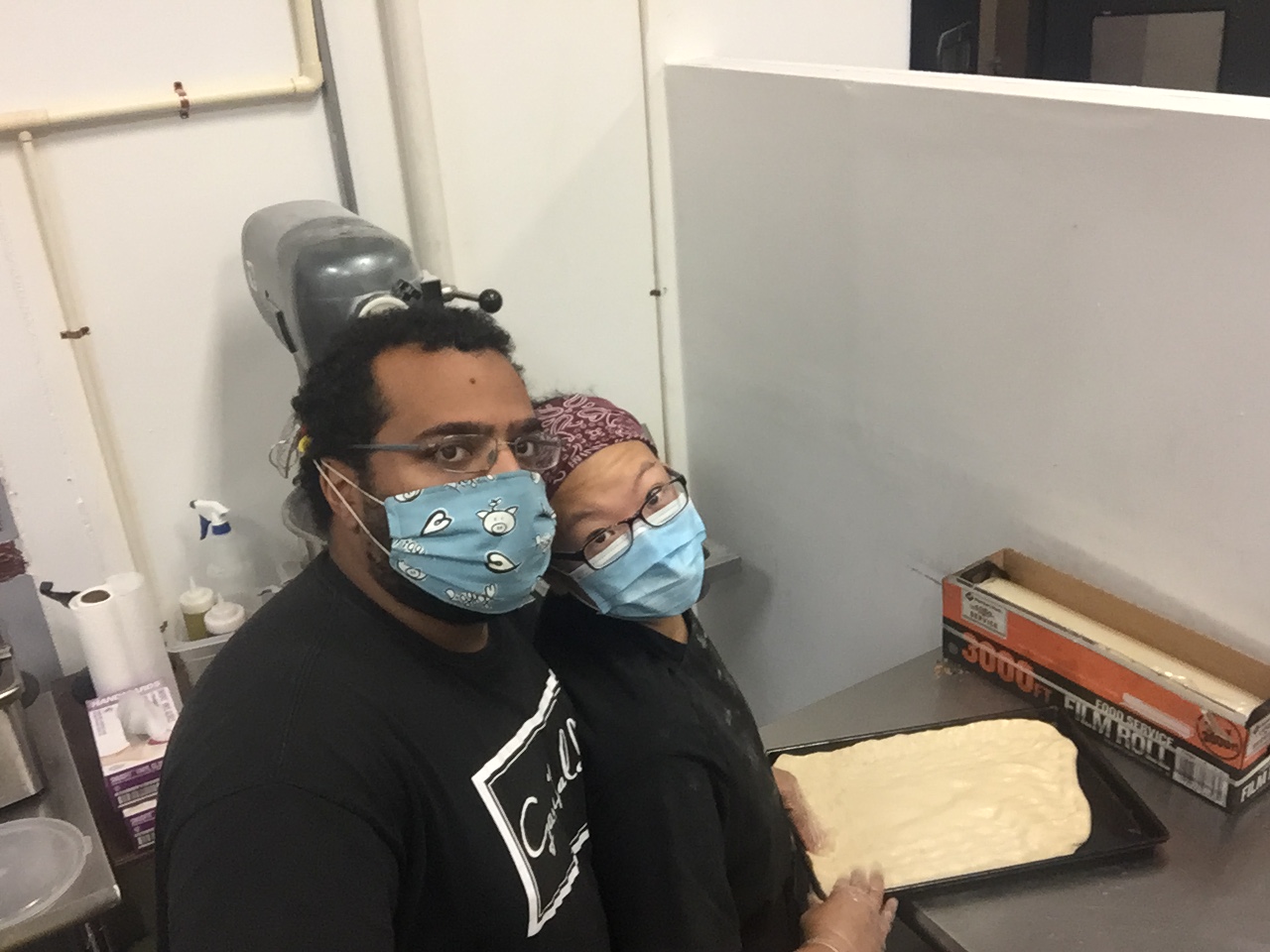 “Last time we were in Kaka‘ako, it was years ago. The neighborhood back then just seemed like chop shops and illegal gambling. Even on Google Maps, this place was still listed as a Sports Authority,” he says. But they decided to take a quick trip out to the Islands anyway, to check out the neighborhood. “Next thing I know, my wife gets us two tickets to Hawai‘i, and we spend a 10-hour layover to get here on the only day in the past three months I had off. But now there are condos in Kaka‘ako, Salt was just opening up and the dynamic of the entire area was changing.”

They decided to go for it. Within a month, Brown and Moy quit their jobs, moved to O‘ahu and opened Fat Cheeks in ‘Ohana Hale Marketplace, where they serve Thai- and Latin-inspired cuisine, including “Papa’s Pig” sandwiches made with spiced pork belly, pickled onions, Cotija cheese and garlic dressing served in a baguette ($10); and $12 bowls with your choice of spicy marinated chicken, pork belly or butter shrimp served over butter rice. 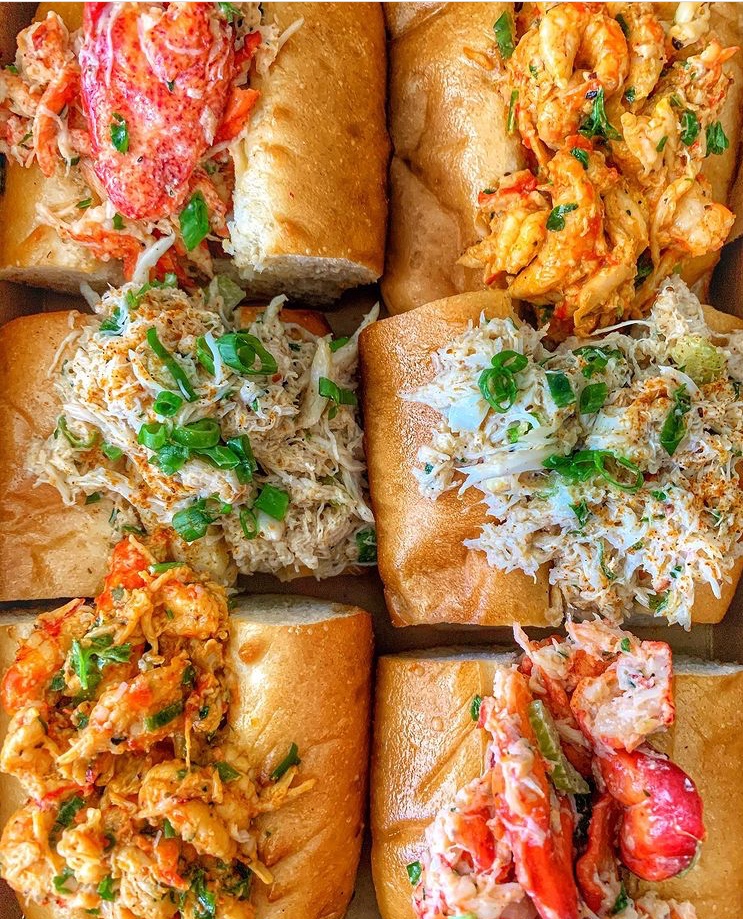 Brown and Moy were happy with the positive response to Fat Cheeks but after a few months, the couple realized they were missing some aspects of living on the East Coast—specifically, having easy access to their favorite pizza. “On almost every block back home, you had a slice shop. There are a number of places in Hawai‘i already making round, flat pizzas, but I knew I could offer something else in the same genre,” says Brown, who decided to open a pizzeria specializing in Sicilian-style pies made with a thicker focaccia-type crust and baked in a rectangular pan.

Neither Brown nor Moy is Italian (Brown’s father is Black, his mother is hapa and Moy is Chinese). Brown grew up in a Puerto Rican and Italian neighborhood in East Harlem where his great aunt and uncle, Frances and Carmine Garibaldi, occasionally made Brown a spinach, garlic and mushroom pizza after picking him up from school. “We named the shop Garibaldi’s to pay tribute to my great aunt and uncle. For me, it was also a way to hook back into these nostalgic food memories I have,” Brown says. Garibaldi’s opened its doors in August 2019 and—up until March 2020—the pizzeria was consistently selling out of popular pies, such as pepperoni ($26), smoked pork and onion ($26), and Brown’s favorite, the spinach, garlic and mushroom pizza ($26).

“I’m not gonna lie. When the government shut down ‘Ohana Hale twice, for basically a month both times, well … it sucked. It really did,” says Brown, who had to install additional cooking equipment as well as a brand-new oven after both shutdowns. Fat Cheeks is still at the marketplace; Brown and Moy adopted a rotating menu system, with food selections changing every few weeks. (Right now, the specialty is seafood, with options including lobster rolls for $15; Cajun crawfish rolls for $11; clam chowder and shrimp bisque, both $4 for 8 ounces or $7 for 12 ounces.) However, the couple decided to close Garibaldi’s at ‘Ohana Hale and move the restaurant to the 808 Center (behind Walmart on Ke‘eaumoku), three spaces down from a new Garibaldi’s spinoff called Little G Café, which serves New York-inspired thin crust pizzas to complement Garibaldi’s Sicilian-style pies. The new Garibaldi’s hasn’t opened yet (Brown is looking for prep cooks and line cooks; email jobs.garibaldishawaii@gmail.com if you’re interested) but Little G Café is doing well. So is Fat Cheeks. 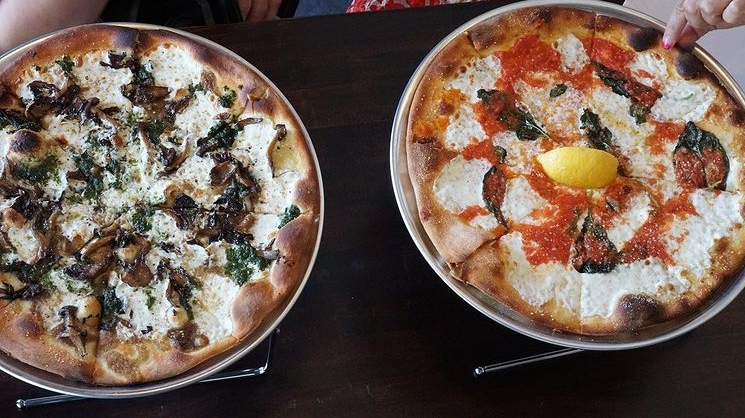 “I didn’t really want to move Garibaldi’s or Fat Cheeks out; we were among the anchors in ‘Ohana Hale,” says Brown. “There isn’t a model out there that compares to what the marketplace allowed us to do. They had reasonable rents, I didn’t have to pay utilities, they helped us with marketing if things were slow. … They essentially gave us the access and stability to establish not only a business but a life in Hawai‘i for my wife and I. If we had to do it all over again, I’d still open at ‘Ohana Hale.”