Fans of Garibaldi‘s pizza in ‘Ohana Hale Marketplace may have wondered if it was gone for good. Well, never fear, owner Jared Brown has resurfaced in the ever-changing 808 Center on Sheridan Street.

Things may look a little different. The kitchen is smaller. The pizzas are now round, thin-crust New York-style pizzas. What? What about the square, thick, Sicilian-style pizzas that Garibaldi’s was known for? More on that later. 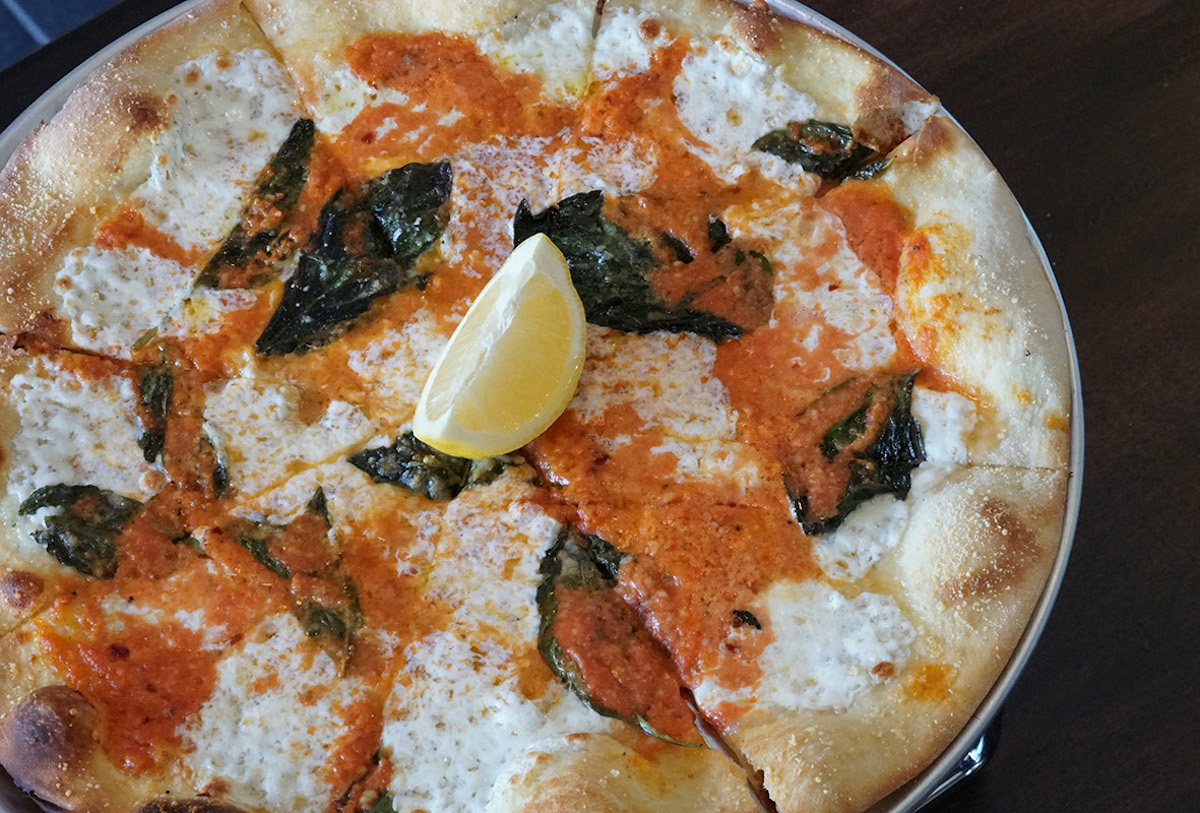 This new spot, named Little G Cafe to denote that it’s an offshoot of Garibaldi’s, is too small for the Sicilian-style pizzas, Brown explains. But he’s from the Big Apple and wanted to make pies that pay tribute to Patsy’s, a pizza joint he loved in Harlem. 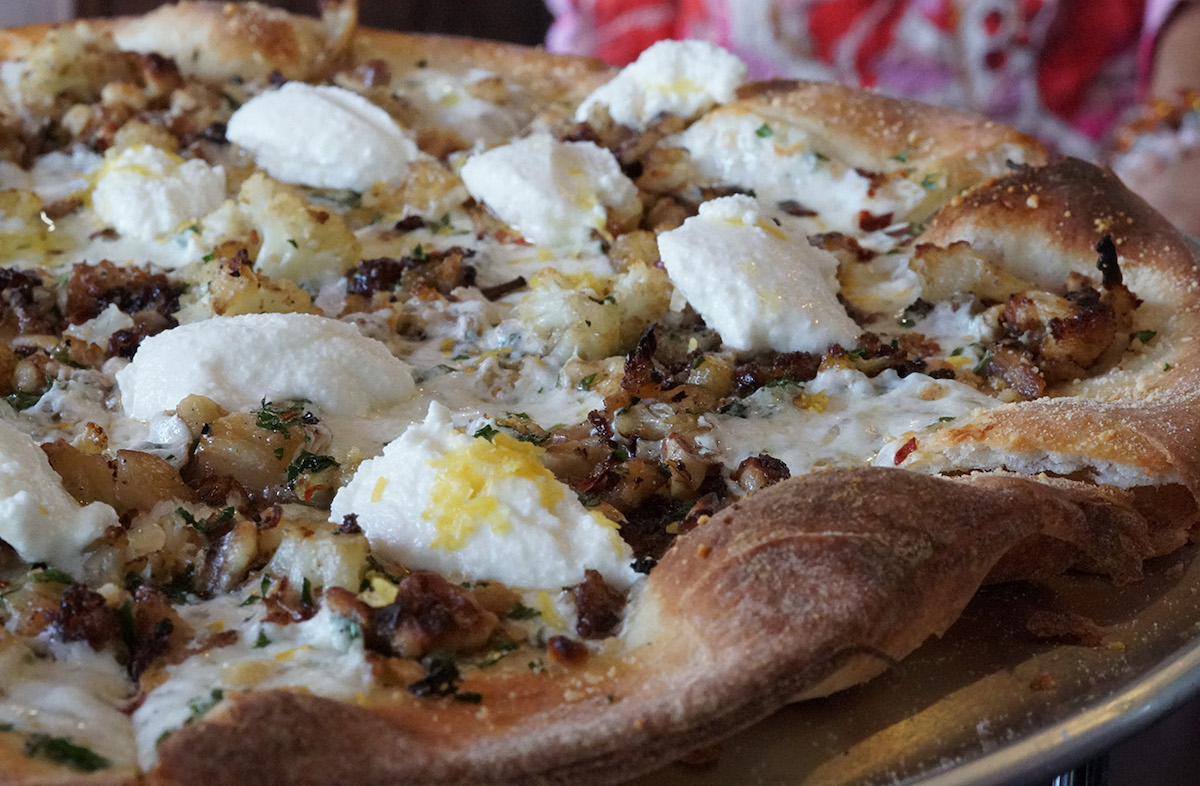 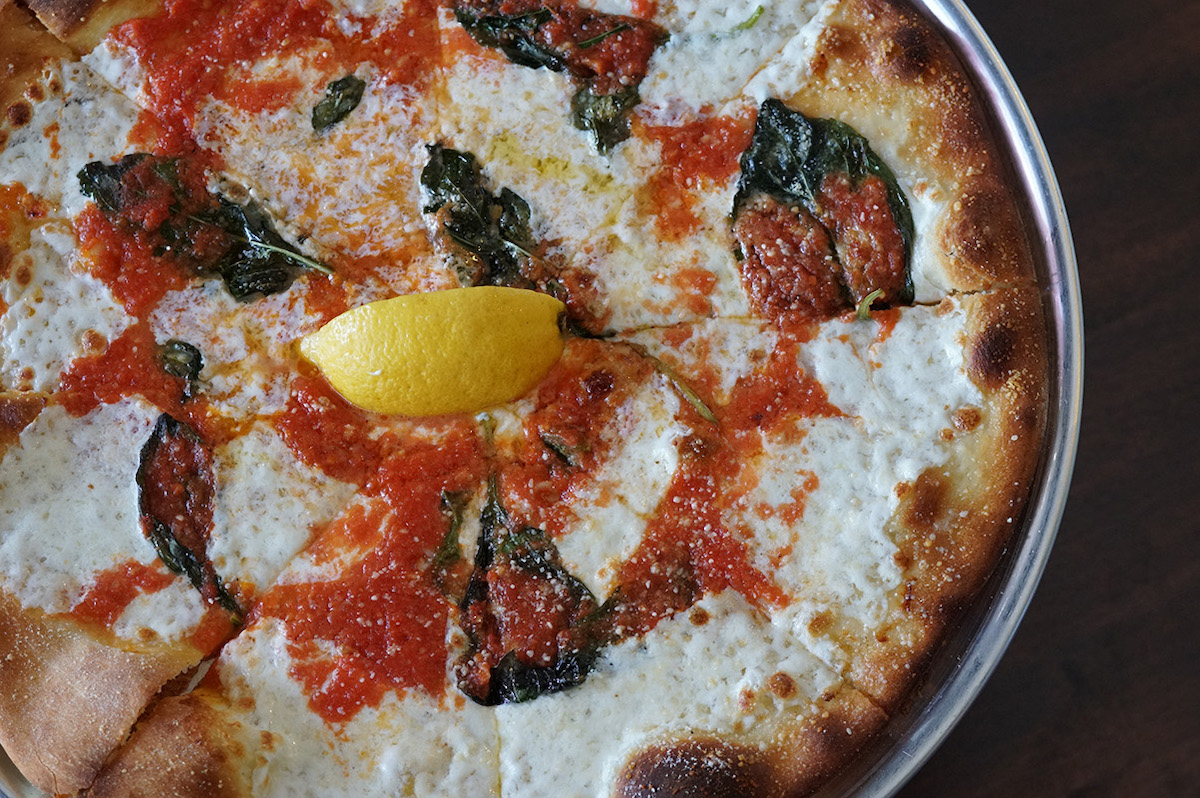 We love the thin, crunchy crust. This is really best eaten fresh, but Little G does offer takeout if you prefer to eat it at home. Another thing we like, as you will notice in the pictures, is that Brown offers a squeeze of fresh lemon on some pizzas. We asked why he does that, and he said that he thought everybody did that. He grew up squeezing lemons on almost everything, because it adds freshness, cuts the richness (especially on the cheesy pizza), and keeps your palate excited so that it never gets bored. 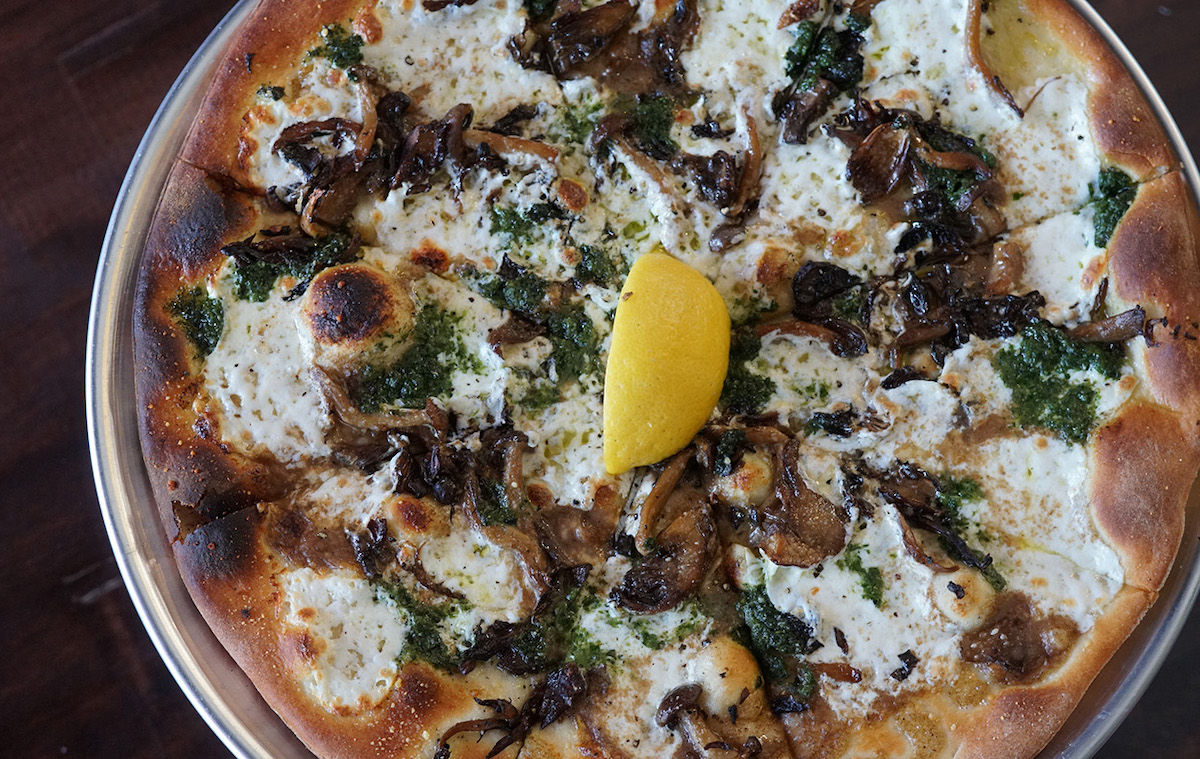 Little G Cafe it’s open daily on the second floor of 808 Center. Brown is going to start serving hot entrées as well, like fish and maybe sandwiches. And it’s BYOB for now.

And for those of you who really want his thick-crust, Sicilian-style pizza? You’re in luck. He plans to reopen Garibaldi’s in a space three doors down in the same building  in a few months.