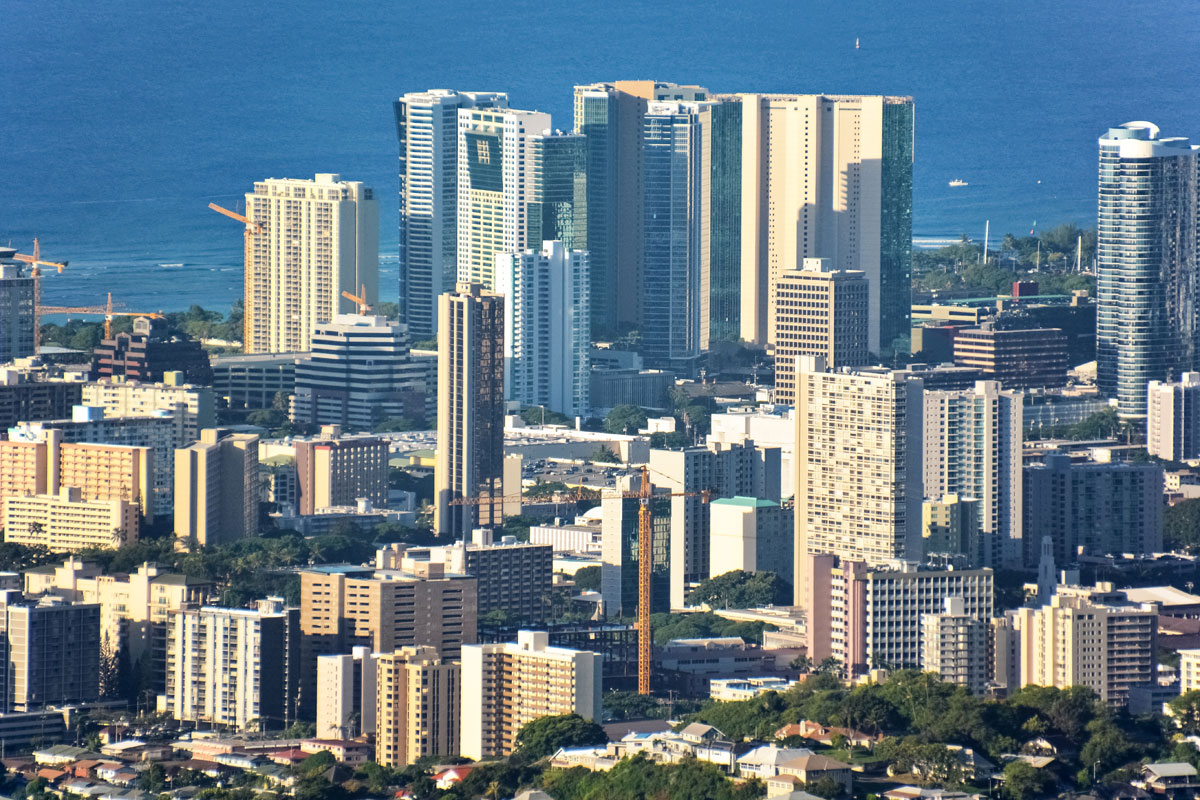 Group activities are about to get smaller on O‘ahu. Monday, Aug. 23, Mayor Rick Blangiardi announced that all large, organized gatherings will be limited to 10 people inside and 25 people outside. The order goes into effect on Wednesday, Aug. 25 and applies to conventions, concerts, sports, meetings, weddings and funerals for the next four weeks. Churches, farmers markets and youth sports are exempt, although the mayor advised people to stay in small groups and spread out. The order comes just about two weeks after Gov. David Ige ordered the same group size restrictions at a press conference attended by the four county mayors. However, the state’s executive order capped professional events at 50 people. Honolulu’s proclamation cuts that in half.

“We really thought we saw the light at the end of the tunnel,” Blangiardi says. “But in the last several weeks our cases have surged; the Delta variant has proven to be more than formidable.”

The city is shutting down the Blaisdell Center and the Waikīkī Shell where recently the Hawai‘i Symphony Orchestra had been performing. The Van Gogh exhibit at the Hawai‘i Convention Center, which HONOLULU has partnered with, will close Wednesday. University of Hawai‘i announced last week that fans will not be allowed at UH games. The city says, in addition, the organizers of more than 180 events  that would have hosted anywhere from 200 to 1,000 people submitted their plans to the city. All of those that were hoping to take place before the proclamation is set to expire on Sept. 22 will not be allowed.

“We tried to put this out there as something really clear and easy to understand that we thought the community could embrace, and that is the acceptance of the fact that we are no longer going to allow large gatherings, but we want to go on about our lives,” Blangiardi says.

This comes the day the Food and Drug Administration officially approved the Pfizer vaccine, and a day after Hawai‘i set a new one-day record for COVID-19 cases. Sunday, Aug. 22, the state reports 893 people tested positive as the Delta variant spread quickly. Honolulu’s chief of Emergency Management Services, Jim Ireland, also says his crews answered a record number of calls for ambulances as well, 390 in one day. Ireland says right now, 320 COVID-19 patients are in Honolulu hospitals, including a few children, with nearly 60 of them in ICUs. Currently, O‘ahu has more than 6,000 cases considered active.

“I saw far too many young men, women, women who are pregnant, who are battling this devastating disease and we all have to lean in to stop it,” says Jill Hoggard Green, president of The Queen’s Health Systems, who had recently toured the hospitals. She adds the hospitals are able to still serve patients who need treatment for trauma, strokes, cancer, heart disease and other medical issues, but asks that people do everything they can to avoid needing help.

Looking for a free COVID-19 test? See the list of sites at oneoahu.org

Monday afternoon, Ige added his message for visitors—that now is not the time to visit Hawai‘i. He also urged residents to restrict travel to essential business trips only. He is also considering a plan from Maui Mayor Mike Victorino and has also be talking with the mayors of Kaua‘i and Hawai‘i Island. Ige’s executive order restricting groups is set to expire Oct. 18.

Blangiardi and Ige say they do not currently have plans to issue any stay-at-home orders. But neither are ruling it completely out.

Vaccinations are on the way back up. State Department of Health Director Dr. Libby Char says that since cases started increasing a few weeks ago, the rates of vaccinations have increased to about 20,000 a week. The DOH says 62% of the state population is fully vaccinated with 999,800 people, or 70%, receiving at least one dose. Honolulu has the highest percentage, with 64%.