First we reviewed the still-evolving pan-fried soup buns. Now, xiao long bao: Too thick or too thin or just different? 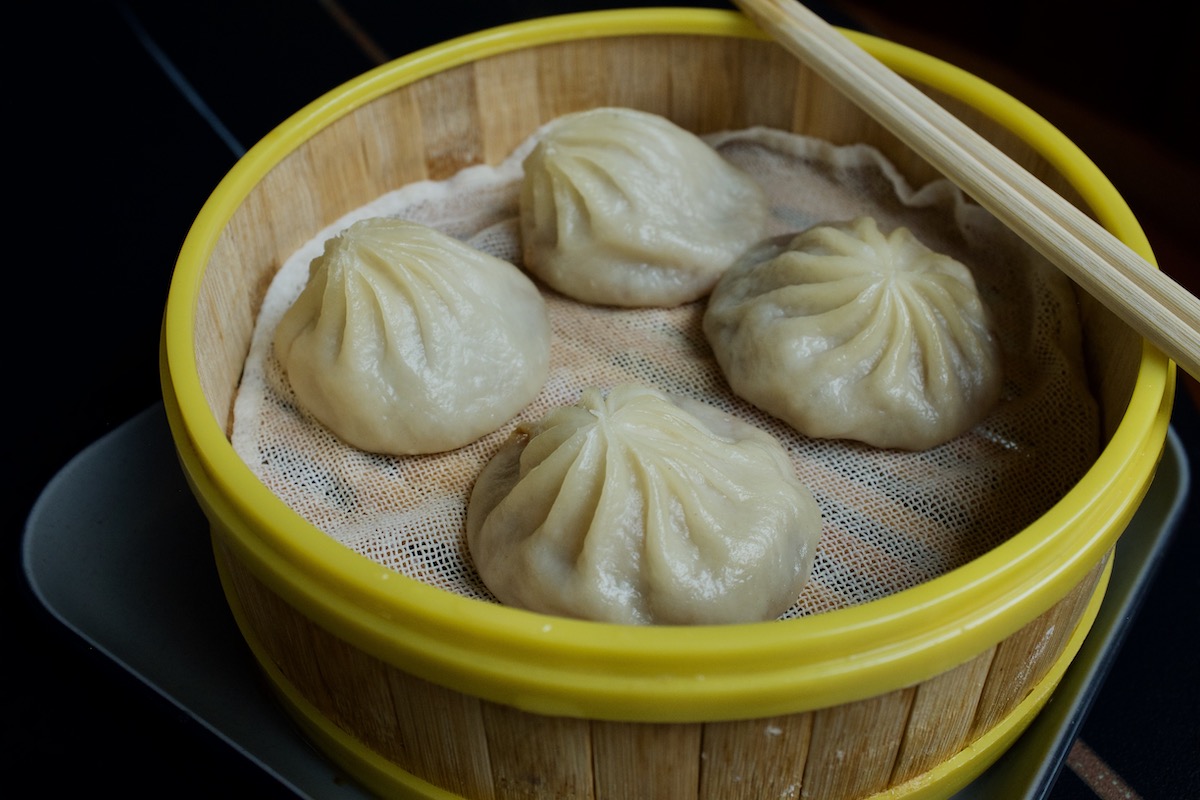 Before we all had cameras in our pockets, and took them out to document every meal, did we feel we were being gaslighted when we had a terrible meal at a restaurant, and then another person, later, maybe just hours later, had a wonderful experience at the same restaurant?

But now, bad food, like bad behavior, can be (and is) documented for the world to see. Forever. So there is proof on the internet of Mr. Dough’s burned buns, of flat and dry buns, including my colleague Maria Burke’s early note about inconsistently executed wrappers. But on my first visit, I experienced none of this—my sheng jian bao were so ridiculously juicy that the first bite sprayed soup all across the table. I wiped the table like an embarrassed teenage boy, and lamented the loss, but then I discovered there was still more soup inside my half-eaten dumpling! What kind of Spirited Away sorcery was this?! And to top it off, a gorgeously crisped bottom, somewhere between a potsticker and the crunchy rice that results from a stone bowl bi bim bap. 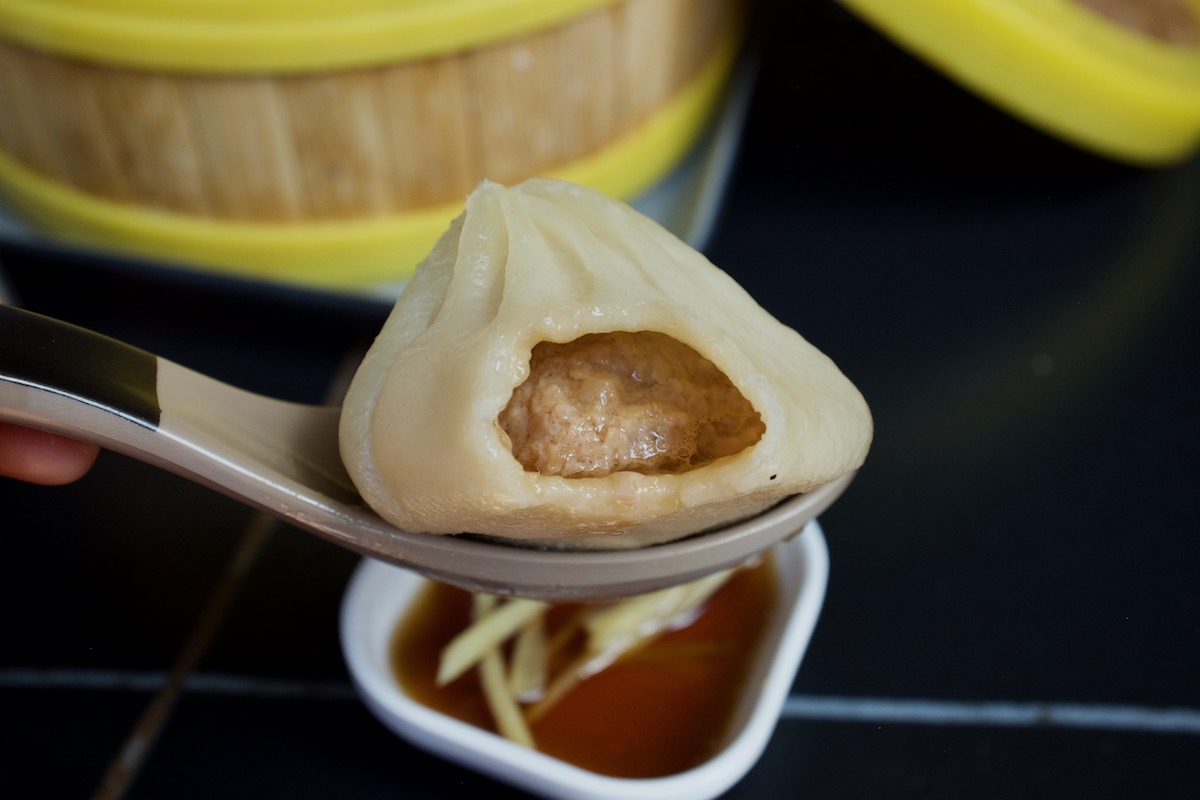 And then there are the xiao long bao ($10.95 for four pork and chive), recently debuted and so full of soup they’re like mini water balloons. It’s possible to have a good meal at Mr. Dough, but it means casting aside what you think you know. (Lessons here!) In my case, that means xiao long bao informed by Din Tai Fung, of skin fragile and yet strong enough to hold soup without leaking. At Mr. Dough, however, the skin is thicker, similar to a jiaozi wrapper. Which I suppose fits a restaurant named Mr. Dough, as if the dumpling dough were the star. The xiao long bao are also much larger than most. Usually I can polish off a dozen of Din Tai Fung’s—at Mr. Dough, eight is really pushing my limits. On my first visit, all four in the order were perfect and intact. On my second visit, two were broken, though the meat inside was far from dry.

But for me the sheng jian bao ($10.95 for the four house pork buns) at Mr. Dough are really the highlight, though they are also unlike the ones most people know. Most of us are familiar with Shanghai-style sheng jian bao, like miniature, crisp-bottomed manapua, a pork meatball encased in a yeast-risen dough, the whole thing steamed and pan-fried simultaneously. Soup inside is less a feature with sheng jian bao than with xiao long bao. 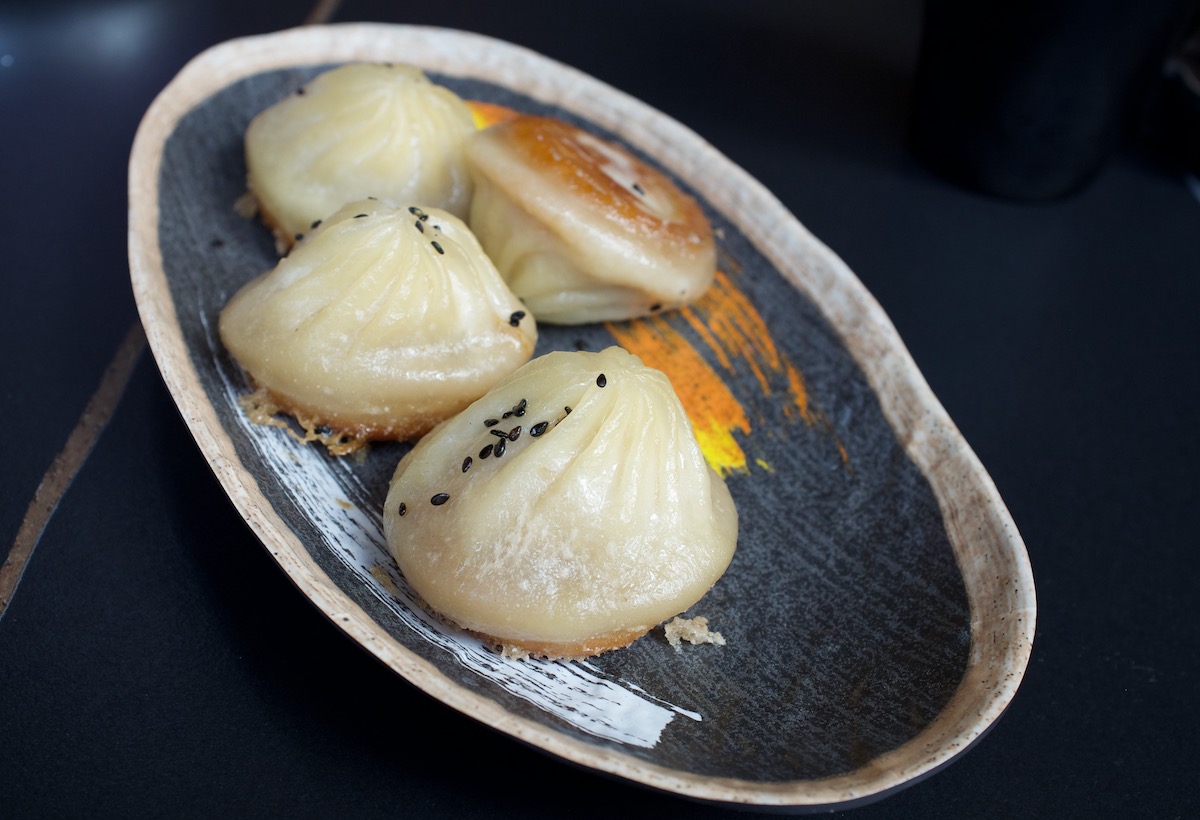 Not so at Mr. Dough. Here, xiao long bao and sheng jian bao really live up to the name of soup dumplings (as long as they’re intact). Both have the same unleavened dumpling dough, the thickness of regular dumplings. The result is a pleasant chewiness, the beloved Q of Taiwanese food. This style of sheng jian bao seems to be more common in Hong Kong, where one shop specializing in the bao was recognized by the Michelin guide. Mr. Dough’s parent company is a chain in Hong Kong, though this is a “testing store,” says owner Michelle Zhang. “We’re trying out a different brand and concept in America.” What that means: They’re still figuring it all out. It’s not just inconsistencies they’re ironing out, but recipes. In the opening weeks, the sheng jian bao were flatter and pan-fried on both sides—now they’re more like teardrops.

Zhang says she didn’t want to make the more commonly known yeast-leavened sheng jian bao, partly because it already existed in Hawai‘i and “I don’t want to compete with my own people,” and partly to “offer something that local customers haven’t seen.”

They’re definitely different—the xiao long bao will likely be thicker-skinned than you’re used to and the sheng jian bao thinner-skinned than what you know. But that’s not a bad thing. Just different.